VR Tech – Apple and the Future of Virtual Reality

Can Apple, in all its might, see other opportunities in VR tech that other companies have missed? What lays in the future for virtual reality?

Facebook and Google are already tackling immersive 3D experiences and augmented reality. They are pushing these trends towards being the next big thing.

Take Facebook, it has acquired about five companies so far. All of them are VR or AR aimed – Oculus Rift, top-dog of the VR industry, was snapped up for $2 billion in the Summer of 2014.

Now, Google’s Cardboard, a crude VR headset which is basically a fold-out kit that enables your Android smartphone to run VR, is already on its 2.0 version.

According to Gene Munster of Piper Jaffray, Apple has started to tackle the VR medium. He notes that the company has entered the Twilight Zone.

On Monday, clients received a note that the Cupertino-based company has already assembled its very own team comprised of VR and AR engineers that will explore the medium and what it has to offer.

Gene bases his statement on the fact that Apple is spending big bucks and it’s not going to stop. Last March, the company spent $32 million to acquire Metaio. They bought it mainly for their engineering team which is known for developing various virtual reality patents for the software company.

More so, in 2013, PrimeSense was acquired by Apple for $345 million. Engineers at PrimeSense are known for developing the first motion sensors for Xbox Kinect.

The bombshell is that Apple has employed an expert who works as the lead audio engineer for Microsoft’s HoloLens. He’s counselling the big A on how to best alter direction of sounds regarding how the user turns his head in the VR medium.

Munster adds that augmented reality is in no shape to see a successful consumer release, at least at the moment. It will take 10 years, most likely. However, it has tremendous potential to become a popular platform like smartphones are today. 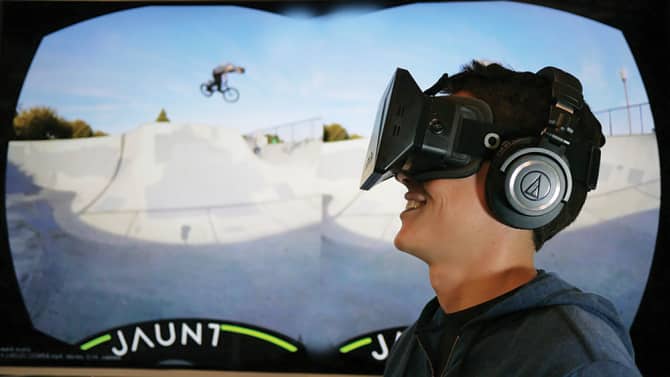 Munster’s claim is pretty dream-like. More so, when considering that they will not primarily focus on telepresence, holograms used for navigation and gaming.

I don’t see Apple getting super excited about gaming, even if it’s fully immersive. It’s just not their thing.

We notice that Apple is keen on investing big bucks on anything that suggest a tech has a broader market appeal. Also, when it closes down on the gap between technology and liberal arts.

Apple can see VR tech as the perfect medium for immersive story telling. Their connections with Pixar can very well prove fruitful in the long run, regarding virtual reality. Hollywood is looking at personalized stories, at experiences that mark the user and make him come back for more.

Imagine films that don’t require to go to the cinema. A whole family can sit in the comfort of their home and enjoy a virtual reality experience.

Content will and it has already started to catch up on VR tech. Variety cited a research at the beginning of 2015, in January. It showcased that personal VR devices have the potential of growing from the 2014 200,000 user base to almost 170 million in 2018.

The VR and AR industry will be a combined market of $150 billion in 2020, notes tech adviser Digi-Capital.

This is certainly big enough to get Apple’s attention.

But science fiction has kinda ruined us. We have big expectations when it comes to virtual reality. We are like a child who eats a cookie for the first time. He will want more, and cookies should vary – chocolate sprinkles, blueberry jam, fudge, the works.

We want headsets now, but the bottom line is, the industry is working on evolving the VR tech. There are numerous producers who have started to sink their teeth in the medium.

Last week, in Los Angeles, VR was showcased at the VRLA. An event that gives producers the possibility of huddling up and talk with enthusiasts, hobbyists, developers and venture capitalists. The convention continues to grow as the virtual world expands.

Comparing to the 2014 event, the VRLA has doubled in attendance size.

One of the issues is how to get hardware into the hands of consumers, who are more than eager to meddle with the VR tech.

But the main issue is producing the right content for consumers. You shouldn’t limit VR, and aiming it only at game industry will be a huge mistake. Producers want to create visually stunning content, but you can have all the eye-candy in the world, if you don’t get an emotional response from users, content will be forgotten.

Chris Milk explains in a TED Talk that VR storytellers can create a world full of emotion and empathy. They can create interactive stories about everything from news about how Kanye danced at the VMAs to heart-wrenching stories about the Odessa massacre.

Can you imagine how you would react if you found your favorite musician on a beach and he starts singing? The VRSE.works is developing a VR project that does exactly this. You’re alone on the beach with Björk and she starts to sing to you and only you.

It’s a surreal experience because it doesn’t feel like you are in a music video. Instead, it feels like you are living it, and it’s not just a fake experience. Peter Katz, who is the founder of Story Driven, a company that is aimed at television and film management, notes that VRSE.works is superior to any other VR studio, at the moment.

Katz adds that he saw a grown man cry after he experienced a documentary in virtual reality.

Every filmmaker hopes for an emotional response from the watcher. The VR tech is almost here, we only need great content. But this great content shouldn’t be solely aimed at gaming.

And, of course, we have virtual reality laser tag. Soon, you won’t be going to the cinema to watch the latest Jason Statham movie. You’ll be going to a warehouse to play the latest action-packed film.