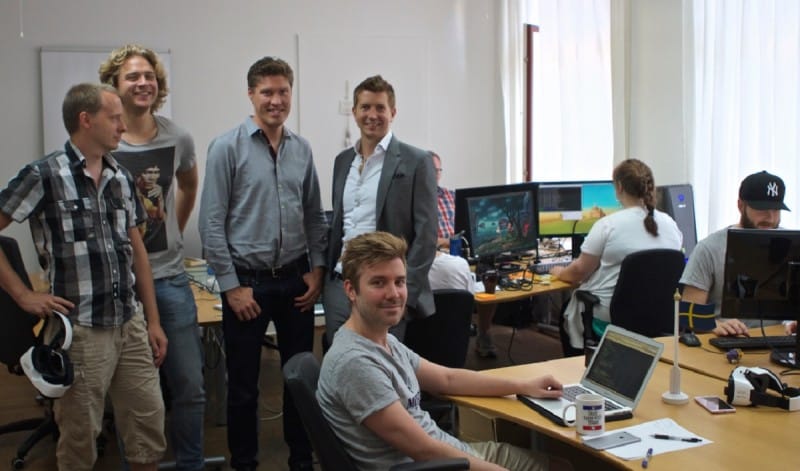 Tommy Palm, ex-Candy Crush golden boy, announced his new company, Resolution Games, in May of 2015. A year after he left King, Tommy Palm and his brand new firm has 10 employees and $6 million in funding.

Virtual-Reality has some pretty molten-hot prospects. It might just become the biggest and probably even the main platform used for gaming. By 2020, tech adivsor Digi-Capital notes that the virtual reality and augmented reality industry will be a combined market estimated at $150 billion.

The Sweden-based VR game studio is being led by Google Ventures and their investment.

Palm’s company wasn’t really looking for funding, but when you receive a query from Joe Kraus of Google Ventures, you simply can’t refuse. Moreover, when that query is regarding a funding worth $6 mil.

Palm adds that he felt strong about GV and Joe Kraus. He says that the whole company, comprised of 10 employees, is more than happy to have such a powerful entity backing them up.

Can the former King guru, who got credited for the humongous popularity of Candy Crush Saga, continue on his path to success? Or is he a one-hit wonder?

Resolution Games, since their launch in May, have released a couple of virtual-reality games. One of their creation is based on Solitaire in VR and the other is a VR fishing game.

Måns Ullerstam, one of the founding members of Resolution Games, has an impressive resume, to say the least. He is a pioneer within the mobile gaming industry. In 1999 he developed Lifestylers, which was the first mobile game to surpass the one million user mark. Picofun, the company Måns worked on in 1999, was bought by Aspiro right after their huge success.

Just before embarking with Palm on Resolution Games, Måns was the head of the Swedish telecom company Rebtel – ranked at $100 million.

Vilcans, who is a veteran in the industry, has more than 30 years of experience. From working with firms like Digital Legends Entertainment, Goo Technologies, and Jadestone Group to server clusters, and assembly language programming.

This isn’t Vilcans’ first co-founded company with Palms. Before RG, Jadestone Group was their first love.

Joe Kraus, who is a general partner at GV, notes in a statement that virtual reality is going to be the next big thing. Not capitalizing on it before it blows up could be a huge mistake for the company he represents.

Kraus adds that the next five years will witness a surge of development for VR tech, with mobile VR taking the lead. Why? Because everyone who has a decent smartphone can tap into the virtual reality medium straight from their pocket. He continues to say that he is excited to work with Tommy and his company. More so, considering their successful track record so far.

What is Resolution Games going to do with all this money? They are going to expand their dev teams so that the company can make VR games much faster.

Palm notes that the company will expand into two teams, which will work in parallel on developing VR games. The key is to have them small and working in the same room to achieve the best software on the market.

Yet Resolution Games won’t focus on just one platform. The company is taking  a more broad approach when it comes to VR headsets. While they are  indeed looking forward for Oculus’ release in 2016, they aren’t going to make it number one on their priority list.

VR is challenging, especially when you are a pioneer.

To avoid the motion sickness, which, unfortunately, most VR games suffer from, the Resolution Games team minimized how much users move within the game.

Palm compares the new digital platform with mobile gaming. He notes that VR launches in a time where everything is perfectly aligned for new tech to strive and be successful. Implementation is key.

Back in the old days, mobile gaming had to wait for tech developments to surface in order for it to blow-up. There were no safe payments methods, no localization software and distribution was lacking entirely.

The biggest challenge they face, Palm says, is that they need to entice people somehow. We need mainstream content and accessible VR games. Candy Crush Saga is a testament that not only hardcore chopping-of-the-heads games can become popular.

Palm adds that although the fundraising process was slow, it wasn’t really that bad. However, Digi-Capital has unveiled reports that show a 45 percent drop in investments when compared to last year.

It’s not that investors don’t trust this new industry. Some are cautious because this is mainly a hit-driven business, others are intrigued VR enthusiasts who drop money on everything VR related.

Resolution Games currently has a library comprised of Solitaire Jester and an untitled fishing game.

It’s a risky move. Resolution Games is aiming at family friendly games, but early adopters, reports note, are hardcore gamers. The free-to-play model might balance everything, but there is still the retail price of a VR headset you need to take into account.

By 2020, VR headsets will drop to $100, research analyst Travis Jakel of Piper Jaffray notes. VR does have a future within the mainstream audience, but can little companies succeed until then?

Resolution Games targets all the VR platforms, but they are keeping close watch on Samsung Gear VR. If they can make it, if the headset works, then the door is wide open for the PC-medium.

One big problem that they are trying to avoid is developing a game that induces motion sickness. If you’ve tried an Oculus Rift dev kit, you know that playing 20 minutes or longer will result in nausea.

Palm says that he doesn’t want to make a game that you play once and afterwards completely forget about it.

Are you curious enough to try out family-friendly virtual-reality games? Tell us in the comments section below.