Augmented Reality – When Did That Happen? 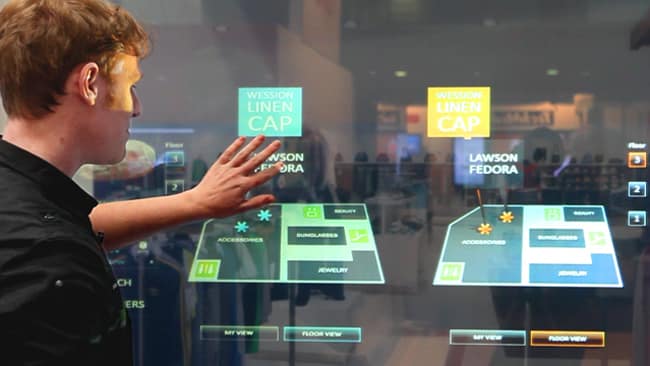 Here on OpticsGamer, we’ve talked a lot about virtual reality – or VR. This should indeed come as obvious, given the name of our enterprise. Yet, as much as we love and are interested with just about everything and anything having to do with VR, we haven’t really been paying too much attention to the other side of the game. Specifically, I’m talking about augmented reality.

Looking at the continuous developments in the realm of this bold technology, a few preliminary conclusions can be drawn. First of all, due to the potential presented by the companies that develop the tech, we may soon find ourselves in a completely different world. And it will be a world psychedelic, to put it mildly.

Imagine your vision enhanced by tiny displays on your eyes, in contact lenses. Or holograms popping up throughout your home, helping you perform with greater efficiency tasks that previously would have been extremely tedious. Now imagine both of these combined into your world. Imagine that everything around you would be completed by virtual reality augmentations. Needless to say, it would be pretty uncanny. Yet, this is the future, if we’re to listen to the condensed voices of Microsoft, Google, Facebook, or other tech giants.

The second conclusion that we are able to draw from this increased presence of AR into our worlds is a bit more dramatic. Provided the first conclusion is met, we may soon find ourselves so surrounded by all these virtual tech pieces that we will turn bionic. This would effectively mean that we’re no longer humans, but a combined form of human and technology – a humanoid robot, or a cyborg.

Now, while the first conclusion doesn’t seem so much a speculating enunciation as a pure scientifically based assumption about the future, the second is bit more catastrophist. It’s easy to see the dystopic nature of the problem. However, dystopic speculations have been made for just about every piece of new, futuristic tech that ever appeared – and these didn’t prove true.

Augmented reality is the successful meeting of two entirely distinct types of reality. The first is, of course, the world around us – as we see it: physical, material, touchable. The second represents an interface of virtually generated images – which can appear 2D or 3D, effectively mimicking reality, but not becoming it. These generated images are a plus to the already existing world – an augment.

Imagine yourself immersed in a world where you can see augmentations right in front of eyelids: say, you see a product, and the AR device automatically gives you a little bit of info relating to it. But wait, such a device already exists. It’s called the Google Glass, and were it not for its monstrous price, and its overall silly-looking aspect, I am sure it would’ve caught on much better.

Instead, Google Glass was a flop. And a major one indeed from the San Francisco based company. And this is the first important lesson for AR, as well as for VR. What we, and the VR/AR world should take from this is that these devices – be it the Oculus Rift, the Samsung Galaxy VR Gear, or anywhere in between – they need to be user friendly, cheap enough so that you are not in fact buying the equivalent of a new home, and must look ok.

Augmented reality, at its core, is the beautiful merging of reality, technology, and practicality. While VR could turn out to be the next big thing in gaming, AR could prove to be the next iPhone. I’m speaking here in terms of popularity and success. And of course, only if it’s done right.

However much the AG Glass did flop, Google has proven that it’s not giving up. Besides the extremely promising Project Jump, or the fact that YouTube now is becoming friendlier towards VR, Google also placed a big bet on a company called Magic Leap. And it’s a bet consisting of $542 million. But let’s see whether this bet could be the ace up Google’s sleeve.

Magic Leap was little more than a promising idea made up by brilliant minds at the time. But as of two days ago, Magic Leap has just published the results of a great amount of hard work. That’s 100 patents that they filed with the FCC. These patents are apparently all means to an end represented by the incredibly awesome video that they published back in March. Check it out here:

Apparently, AR can be a strong move for gaming as well as VR. Although, to be honest, towards the end of Magic Leap’s video, the greater part of the things we were seeing were virtual: how much is it still AR? Videos like these prove that the barrier between AR and VR is not such an impenetrable physical border, but actually an ever changing imaginary one.

The problem that is raised, however, by those who wish for AR to become part of our daily lives, is that although much of the tech exists, companies aren’t so readily using it in their products. Interconnected products via augmented reality should be the way to go, at least according to some reviewers. However, companies like Microsoft and their HoloLens – which promises to deliver an exterior augmented reality experience – are indeed moving towards this.

We don’t yet know what Facebook has in plan with the Oculus Rift. However, we know that Apple has recently taken a big step in trying to keep up with the other 3 major competitors. The recent patent featured by Apple seems to be a combination of VR and AR tech. It is probable that Tim Cook’s company is sensing this fluid border between the two.

Still, there are psychological issues that need to be taken into account when dealing with both VR and AR. And if augmented reality is to become a huge thing, as the companies investing in it would probably hope, there is a certain mental barrier that needs to be passed. After all, people may never use augmented reality devices, as well as virtual reality devices, if these devices make them look silly. It’s only natural.