The future of virtual reality extends far beyond video games to include practical applications. Recent studies have shown the VR can be used to calm anxious patients during dental appointments and teach surgeons how to perform operations. Architects and car companies can now use VR software to perfect their designers.

When someone mentions virtual reality, you probably think of video games and people wearing headsets or goggles to look at a made-up, 3D world. The future of virtual reality extends beyond gaming and entertainment.

Virtual reality extends far beyond video games and film. In the years and decades to come, VR and its related technology augmented reality, are rapidly becoming part of our everyday lives.

Virtual reality is currently used, or in development, for implementation by charities, real estate agents, travel companies and schools all over the world.

In 2016, virtual reality products brought in $1.9 billion, with the total predicted to go to $22.4 billion in 2020. If you include the augmented reality market, the total will be $121 billion in 2021, according to industry experts.

First of all, the Virtual reality is still in its infancy, and experts such as Facebook’s Mark Zuckerberg predict that it will take five to ten years before the technology is accepted by the general public.

Facebook had to shut down 200 of the 500 Oculus demo sites it had in Best Buy stores in 2017 because customers lacked interest in the product. However, many diehard tech fans out there still look for Oculus in Best Buy and elsewhere.

Getting the broader public, or mainstream, more comfortable with the concept of virtual reality is the industry goal for the foreseeable future. Incorporating virtual reality into the fabric of everyday life may happen soon, as research indicates it can be used in many fields, from business to dentistry. 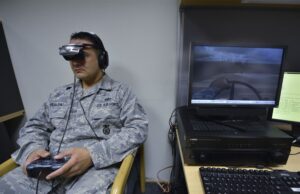 Many studies and new programs in education, dentistry, business, aviation and the medical field are exploring new, practical uses for the future of virtual reality, almost much of the current focus is on using VR to improve medical diagnosis and treatment.

Virtual reality is changing the way use technology in medicine. Here are some ways to use VR.

The future of virtual reality holds the promise of a better life for people with serious illnesses.

Certainly, Surgeons in training could spend more time practicing and learn new techniques more quickly. Medical schools wouldn’t need to wait for bodies to be donated to science, or use plastic models.

The medical department at Stanford University recently developed VR software that combines the results of CAT scans, angiograms, and MRIs. Doctors and patients can use the software as a video game and manipulate the images.

If you hate going to the dentist, virtual reality may help ease your anxiety. A study divided 79 dental patients into three groups, with two of the groups using a wearable headset to view a city or coastal scene. The third group had no VR headset.

Results showed that the patients who watched the peaceful coastal scene had less pain than the other groups.

A Duke University study gave full paraplegics VR headsets which instructed them to imitate a soccer player during a game. Half of the eight patients in the study regained so much control over their limbs after the experiment they were reclassified as partial paraplegics.

Researchers at the Center for Brain Health at the University of Texas in Dallas have developed a VR program to help autistic children and teens develop social skills. The software guides kids through conversations, job interviews, and other social situations.

Repeated use of the virtual reality program indicated users had more activity in parts of the brain regulating social skills.

Other Practical Uses for Virtual Reality

There are several uses outside of the medical environment for virtual reality. Some of these uses are reserved for the military or certain professions, but as more testing takes place, you may soon find yourself using virtual reality as you train for a new job or decide which new vehicle to purchase.

Walmart uses the STRIVR virtual reality system to train employees on how to handle customer complaints, holiday rushes, and other stressful scenarios. The 360 degree, video training includes Oculus Rift headsets so trainees can experience virtual reality representations of situations they may encounter while on the job.

The U.S. Airforce is conducting a study involving VR flight training to find out if virtual reality training will help student pilots learn faster. If the study proves successful, virtual reality may be studied or implemented for other U.S. Air Force Specialty training.

NASA now has a Virtual Reality lab where astronauts in training can practice spacewalks and other assignments wearing a VR headset.

Furthermore, the lab lets astronauts prepare for accidents as well as planned procedures by projecting exact scenarios of everything from gripping their hands on the handrails outside the spaceship to being disconnected from tethers during a spacewalk.

Virtual reality tools may replace hand-drawn architectural renderings, and give architects and builders a better idea of how a completed building will look. VR renderings made with computer-generated tools reduce time wasted on corrections and improve the safety features of building design.

Architects will be able to determine the most functional sizes and configurations for bathrooms, kitchens and conference rooms using Virtual reality software. They can also check for safety features such as how the building will withstand an earthquake or tornado, and make improvements to the design plan after doing VR testing.

Engineers can test the safety of car designs in a virtual setting and tweak their designs accordingly. This virtual testing method eliminates the expenses of using dummies to test prototypes after the fact.

Certainly, GM and other car companies are experimenting with a VR environment called CAVE, (short for Cave Automatic Virtual Environment.) Projectors direct the VR images onto walls in a room shaped like a cube.

Engineers wear 3D glasses while using a CAVE to envision how to design the interior and exterior of a vehicle. The VR program aids them in proper placement of mirrors, controls, and other equipment.

Travelers booking their next trip can get a preview of what prospective destinations offer by using virtual reality gear. The interactive presentations can show you what a hotel, resort or sandy beach looks like, and some VR firms offer viewers that add vibrations or aroma to the VR experience.

Virtual reality is especially useful for attracting tourists to lesser-known locations by presenting them with a first-hand look before they even get on the plane. One African travel agency offers customers a VR app featuring a balloon ride and up-close meetings with safari animals.

VR for Gaming and Entertainment

Hence, Sony PlayStation offers a VR headset. Google Cardboard is a popular mobile virtual reality headset, and the runaway success of the augmented reality game Pokemon Go shows that consumers are ready to incorporate VR and AR into their daily entertainment.

Despite all the publicity about VR video games, many journalists and tech experts feel that the VR game industry’s popularity has fallen far short of expectations. As a result, more VR games have hit the market, but none of them have caused the gaming sensation hoped for by the industry.

Some video game manufacturers offer users the option to play a video game in regular mode or virtual reality mode. Resident Evil 7 Biohazard is one example of a video game with a VR option.

First of all, We’ve looked at the future of virtual reality, but it’s helpful to look at how far we’ve come since the concept was invented. The term “virtual reality” was first used by Jaron Lanier of VPL Research in the mid-1980s. Lanier developed the technology’s first gloves and goggles.

Although the term wasn’t used till the 1980s, the technology first developed in 1838 with the invention of the stereoscope, and was refined in 1939 with the View-Master. A View-Master device uses thin discs with 3-D pairs of tiny color photos on film. As a result, a popular children’s toy from the 1960s to the 1980s and is still sold today.

Finally, in the 1950s, some Hollywood movies used Sensorama, which simulated the vibrations, sounds and smells of a real-world environment.  By the 1980s, NASA was working on a device called the Virtual Interface Environment Workstation or VIEW system. This device consisted of gloves and a head-mounted stereoscope.

The VIEW’s video display would show a computer-generated scene or real-life scenes relayed by a remote video camera. As a result, Images on the screen would move in time with the movements of the sensors inside the operator’s gloves.