The fastest SSD is out there and we’re going to help you find it. Solid-state storage is standardly used for storing data in tablets and smartphones, where its minuscule stature and tough nature are essential factors. These same attributes can be attractive for console computers and specifically laptops, but it is the quickness of a solid-state drive in comparison to a conventional hard drive that is the chief reason to upgrade to one. Rather than a flimsy magnetic disk rotating at 90 or 120 turns each second, SSDs hold binary data on shock-resistant silicon chips. The following guide will outline the fastest SSD units that are currently available on the market. 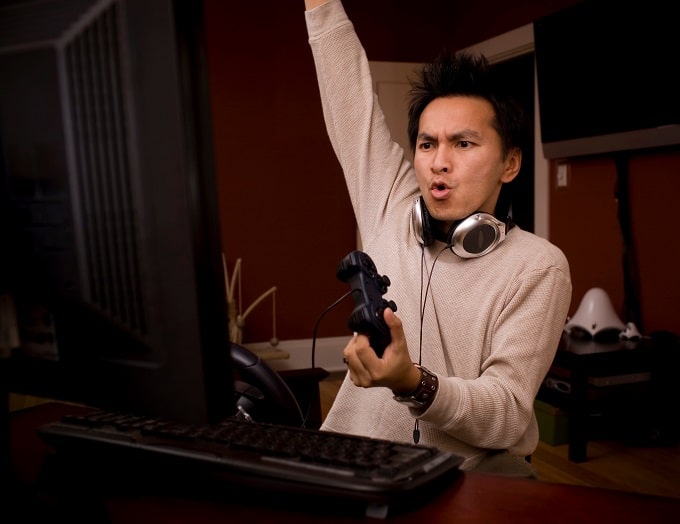 The Samsung 850 EVO 500GB is an incredibly effective SSD that offers state-of-the-art technology and speeds to the market. Based upon numerous tests and computational competitions, this drive has proven its ability to perform consistently well, and above all its peers. No guru would hesitate to recommend this SSD for anyone looking to upgrade from a standard hard drive or an otherwise outdated SSD.

The Toshiba Q300 480GB SSD is less expensive than most of its counterparts while still being able to offer an astounding all-around performance. If you are searching to upgrade or cheaply construct a system, then the Q300 is a solid option. The Q300 model utilizes the company’s unique 15nm triple-level cell flash (TLC flash) alongside an adaptive single-level cell (SLC) cache technology in order to provide lightening-fast performance at a completely manageable price.

The Samsung 960 Pro M.2 dishes out superior sequential performance, but is on the pricier spectrum of SSD units. You will need the correct motherboard or PCIe adaptor device and a well-stocked bank account in order to purchase the drive. However, when it comes to an internal drive with extreme read/write speeds, the 960 Pro is a contender that is tough to top.

The Samsung 960 Evo M.2 offers unfathomably fast sequential read/write speeds, only slightly slower than its 960 Pro big brother. The M.2 form factor is tiny, at only 22.15×80.15×2.38mm, and this certainly does not appear to be a storage device one associates with blistering fast speeds. Nevertheless, it still provides exemplary performance over a standard SATA III SSD and is less expensive than its Pro counterpart, meaning that the 960 Evo is a fabulous SSD for the professional consumer. 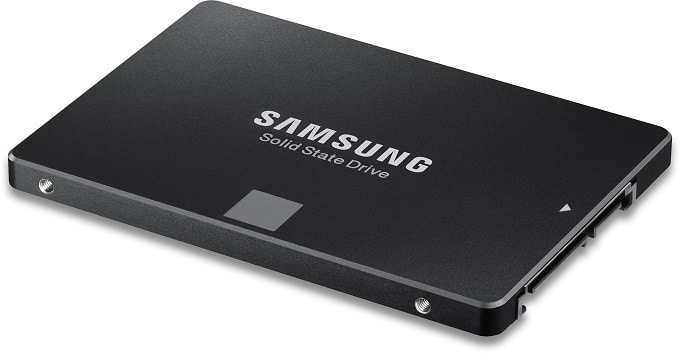 The Samsung 850 PRO was released some time ago, by current technological standards, but even a year later it still has few serious competitors in the ranking for the best SATA SSD in the world. It may be surpassed by more current PCIe drives, like the Samsung XP941. Nonetheless, if one owns an SATA-based computer and wishes to equip it with the best available storage, the 850 PRO would be a perfect pick.

Like Crucial/Micron, Samsung, and Toshiba, SanDisk has a place amongst giants in regards to flash memory suppliers. The brand boasts a range of SSDs for consumers and businesses, with the Extreme title used only for the top solid-state drive for PCs. SanDisk’s best consumer SSD is supported by a bold 10-year guarantee, and it is that high performance at an excellent value operating at about 36 pence per gigabyte which make this amongst the leading SSDs one can currently find, even 12 months after its release.

Kingston’s KC400 is an extension to its SSDNow line of solid-state drives and is targeted towards both consumers and business consumers looking for a top-performance drive that is reliable. The Kingston KC400 SSDNow 512GB is a truly magnificent SSD, delivering steady high-speed operation across a variety of benchmarks. The SSD is an easy recommendation for those wishing to upgrade from their previous hard drives or outdated SSDs, but at a stiffer price than the Samsung 850 Evo.

Western Digital is respected in the industry for its dependable variety of hard disk drives. On 11 October 2016, SanDisk (now a WD company) launched the WD Blue and Green categories onto the market. The WD Blue SSD 1TB provides steady speeds but comes with a somewhat hefty price tag. This unit is overshadowed by its competition but nevertheless offers computer builders with additional SSD variants.

The PNY CS2211 is a modestly priced SSD aimed at consumers looking to upgrade their older generation SSDs or outdated hard drives without having to break the bank. This SSD utilizes a multi-level cell (MLC) architecture, enabling the SSD to compete with many of the premier SSDs currently on the market. The PNY CS2211 240GB is simply an affordable SSD that operates exceptionally well in all of its aspects.

The OCZ brand made a name for itself early on in the history of SSDs, specializing in performance drives and currently producing high-spec drives under its new Toshiba owners. This might be OCZ’s only budget drive, but its breathtaking performance with ample support offer peace of mind to those apprehensive about switching to solid-state storage. With its confident warranty terms and exceptional bang for its buck, it is an obvious recommendation.

Apart from being robust, quiet, tinier, and lighter than any hard-disk drive, the leading motivation to go flash continues to be blatant data-hurling performance. Classical desktop computer operators might still clash over who possesses the quickest processor or the most blazing graphics card, but SSD operation is more gear towards the comprehensive user experience.

Apps launch nearly instantly, web pages load quicker, and files copy in a fraction of the time. Essentially, and regardless of what logo your processor displays, the entire PC reacts significantly quicker to your clicks. Please feel free to share with the world your thoughts on this list and your personal favorite and fastest SSD devices.