The Best 10 Augmented Reality Apps to Use in the Classroom

Augmented Reality apps have seen an increased evolution in the past years. Augmented Reality is now changing the way education is being delivered. It’s a simple and cool way to engage learners in subjects that may otherwise be considered boring or too difficult.

Augmented Reality apps can help create mind-blowing experiences for scholars. It’s a visual way to connect the learner with content. It’s a new, innovative, way to teach, that may have a better information absorption rate than more classical teaching methods.

The best thing about Augmented Reality is that you can create your own app or download one of the many available on the Web. 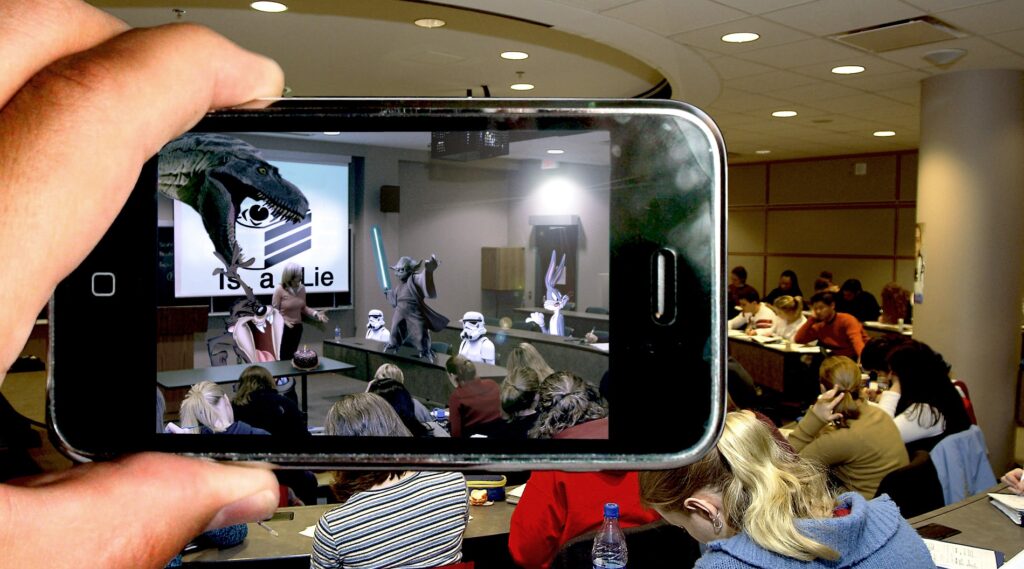 This app is great for teaching students the alphabet. It features twenty-six rendered animals that help the toddler learn the letters of the alphabet. Preschoolers simply have to tap on the animals to hear the letter and the names of the animals. The flashcards are accessed from iOS or Android devices, and you can swipe through them in the apps’ beautiful gallery of images.

The apps are free, and you can get them on iTunes or Google Play.

It’s chemistry made fun! You just open the app and point the device to the block face which illustrates the chemical element you want to view. Then, you have to introduce the second element. Next, move the two blocks until they touch. See what happens. You should get a chemical reaction. If not, try again by making another combination.

With ZooBurst, anyone can create its own 3D pop-up book. It provides scholars with new ways of telling stories, delivering presentations, express ideas and write reports. Teachers provide students with usernames and passwords, and then manage and moderate the children’s work.

ZooBurst is yet another free Augmented Reality app. The books can be experienced on iPads, desktop or laptop computer. App users can customize characters using artwork found in the built-in database, which features over 10,000 free images. The books can be shared using a hyperlink, and you can even embed them in websites or blogs.

FETCH! Lunch Rush is one of the Augmented Reality apps designed for first and second-grade math curricula. It will teach math skills to elementary scholars through the use of 3D visualization. The app uses the phone’s camera to place graphics over real-world surroundings.

The app is free and can be used with iPhone, iPod Touch, and iPad.  You can find it on iTunes.

Anatomy 4D offers students the possibility of learning about the human anatomy in a simple, interesting way. It comes with interactive dissection simulation, quizzes, online applications, intuitive image navigation, image manipulation features, structure search, and more. You can boost your anatomy knowledge anytime and anywhere. It’s great to use in the classroom.

You can get it for free on iTunes and use it on your iPhone or iPad.

It’s one of the most popular Augmented Reality apps. It aims to teach any individual about astronomy. With Google Sky Map, you can identify stars and constellations using the camera of your Android smartphone.

All you have to do is hold the smartphone so that it points to the sky. Then, the app will automatically identify the stars and constellations that appear on your camera lens.

This “hand-held planetarium” is available on Google Play and you don’t have to pay a dime to get it. 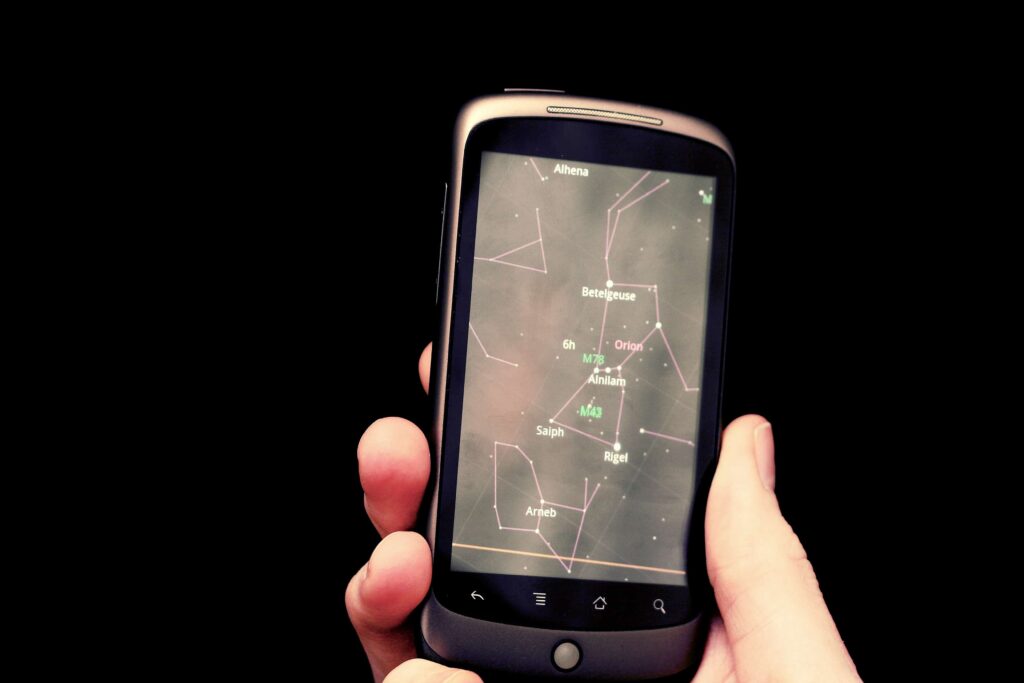 This app functions as a navigator to get you from point A to point B. It’s also packed with useful information on the attractions near you. Users can also access photographs from Panaromia and Flickr through this Augmented Reality app.

It’s also useful in the classroom because students can create interactive projects and photography walls displaying information and multimedia on a certain topic.

It’s completely free through iTunes, but it only works on iOS (iPhone, iPod Touch, and iPad).

NASA’s Spacecraft 3D is an Augmented Reality app placed within the space topic of teaching. It lets you learn about different spacecraft that are used to study Earth and explore the solar system. You can even interact with them. With a printed Augmented Reality Target (you can find it within the app or on the Web) and your mobile device’s camera, you can get close to the 3D spacecraft, see how it moves and learn about its engineering features.

You can choose from Satellites, Telescopes and Rovers and get a clear picture of their structures. Some parts of the spacecraft are movable and you can rotate them to get a better idea of how they look like. It’s a great way of engaging students in space the domain of space exploration.

Spacecraft 3D requires iOS 5.1 or later, and you can download it on iTunes. It’s compatible with iPhone, iPad, and iPod touch.

This app offers a fascinating view into the world of geometry. It features 3D models for most geometric shapes, which students can then interact with to improve their spatial visualization. Arloon Geometry will contribute to your cognitive development, critical thinking, creative development and life skills. It’s one of the Augmented Reality apps that even makes geometry seem attractive. And teachers know how hard it is to engage children in learning about math.

The app is not free, but it only costs $2.99 to purchase. The great thing about it is available in both English and Spanish, so many students worldwide are successfully using Arloon Geometry in classrooms. You can download it on iTunes and Google Play. 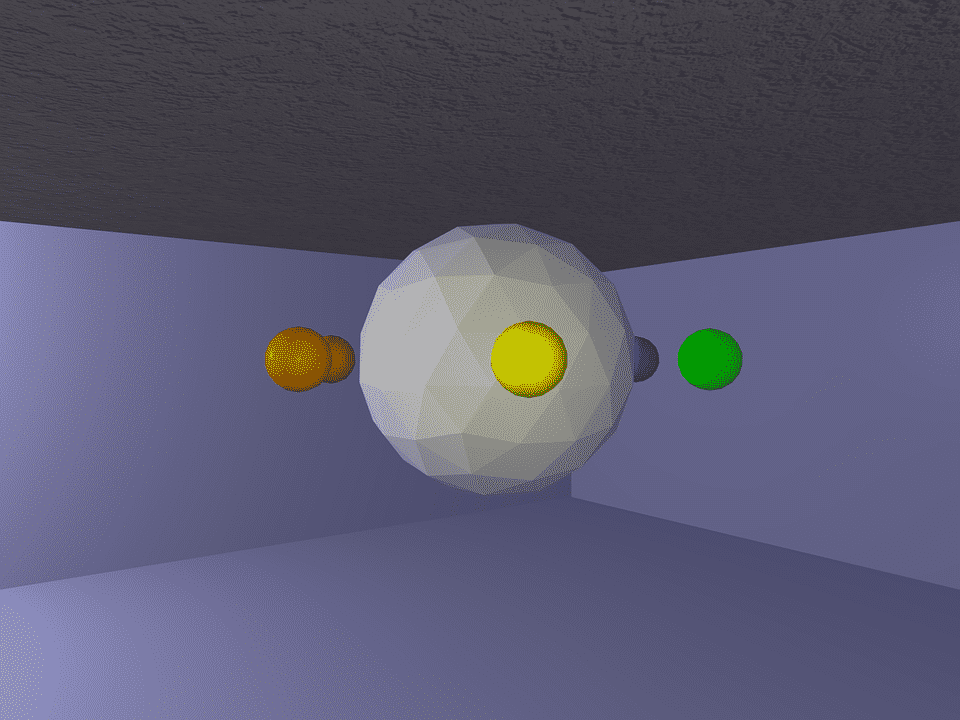