These cool apps, which usually work with the help of a smart-phone, have medical, business, marketing and gaming applications. Today we would like to take a look at gaming and user-experience oriented apps for iOS and Android. Here are the coolest ones that we included in our Augmented Reality App Showdown:

Our first pick in the Augmented Reality App Showdown is Blippar, a nifty app that will turn almost any real-life experience into an incredible experience. The concept of Blippar is simple: regular items such as soda bottles or advertisements are complemented with digital content (example: a poster becomes a movie-trailer) that can be accessed with the help of a mobile device.

With Blippar you can do almost anything: play mini games, watch promo videos, revel in a 3D experience, take action, vote, enter virtual worlds and more. This augmented reality app is probably the best example of AR with applications in real life.

Ever wanted to play basketball but didn’t have the chance? With AR Basketball all you need to make that happen is your iPhone (or iPad) and a piece of paper. The augmented reality app takes care of the rest. AR Basketball is fascinating in its simplicity. The game’s graphics are well polished, and the player uses a slider to score points. However, reviewers say that it could do with more challenging factors, such as wind speed and direction. Since it has Apple support, we are confident that AR Basketball will receive significant improvements.

Another augmented app that is similar to Blippar, Aurasama, will enable you to add sounds, videos, objects, images, 3D content and animations to tagged images. All you need to use Aurasama is a decent smart-phone. This app will help you discover interesting digital content that you would probably never experience in real-life (example: a dinosaur in the middle of the street) etc. You can even send a greeting card to someone that contains hints for a treasure hunt when seen through the eyes of Aurasama. 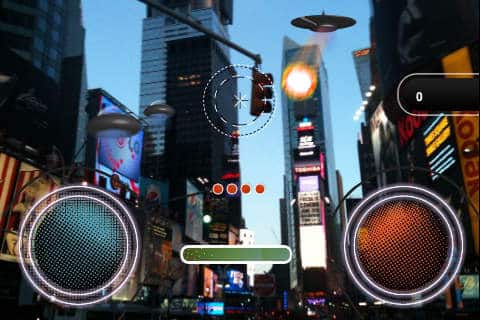 You may have already heard about AR Invaders, the augmented reality app that won the ‘International Mobile Gaming Award’ and ‘Best App Ever Awards’ this year. Available for only 1.99$, AR Invaders is basically a game that builds upon your reality (a city, or landscape), and adds virtual UFOs and invaders that you have to shoot. Although the game has certain glitches, many reviewers said that it worked well for them so it’s definitely worth a try. 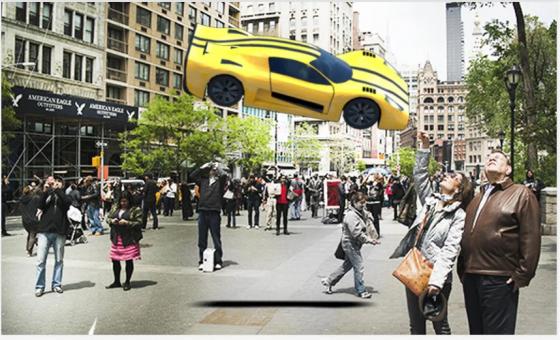 Although most augmented reality app development is oriented towards the marketing and business sector, there are still some apps, like Mymbrana, that were designed for the entertainment and creativity of users. With Mymbrama you can overlay different images, animations, graphics or stickers, even short videos, to personalize your collection and share it with friends. The app can be enjoyed on both Android and iOS. Editing photos is simple: you can take a photo you took with your phone and enhance it with a flying car or octopus, to add the WOW effect. 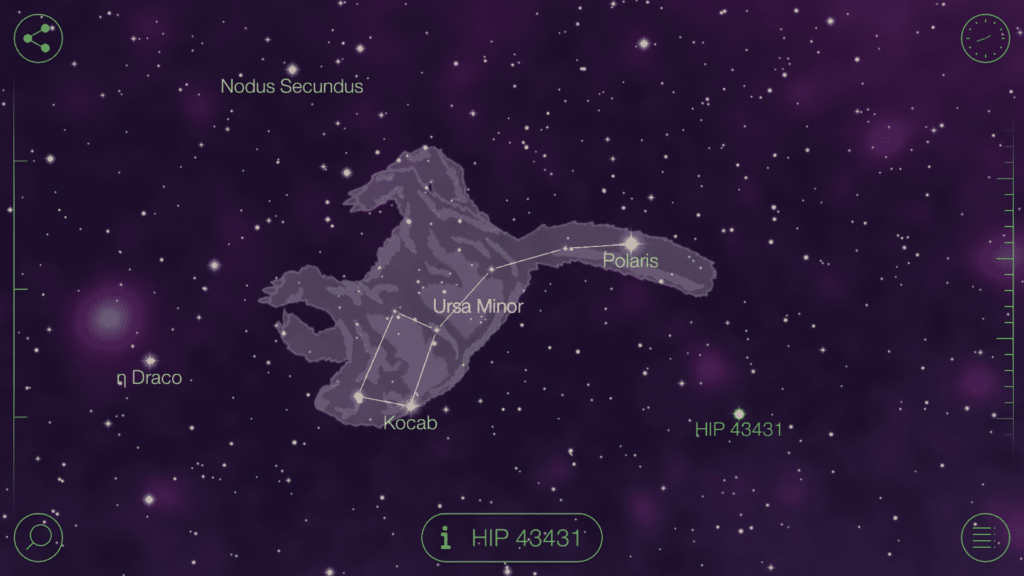 Star Walk may not be a gaming augmented reality app, but it certainly is fascinating. With this nifty little application you can learn more about planets, celestial bodies and constellations, simply by pointing your camera upward. Star Walk uses the sensors on your phone, as well as location data, to create virtual maps and show details about a certain constellation. Even more interesting is the Time Machine feature that will walk you through the history of  a certain starscape. 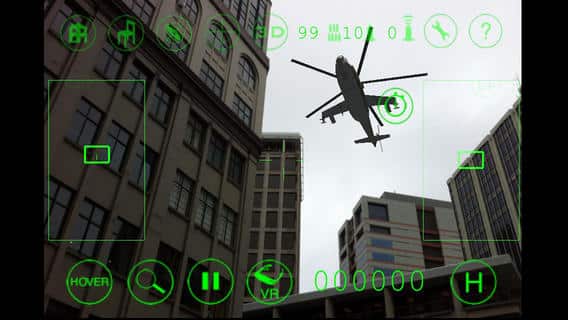 SkySiege 3D is a pretty cool augmented reality app, but it comes with a lot of glitches. It seems that the latest updated made it almost impossible for users to play it, since the screen is no longer centred. The game costs 1.99$ on iTunes, and it offer an interesting AR experience. However, you should make sure that all the bugs are resolved before making the purchase. 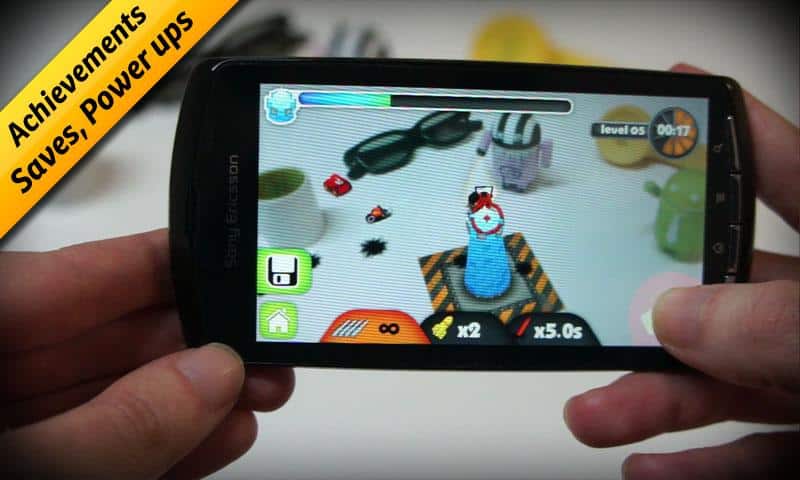 Number 8 on our augmented reality app showdown, is a simple, yet exciting tower defence game that uses real-life objects as its virtual playground. The app was released in February 14, 2013, and since then it has received plenty of improvements. Reviewers loved this game, but they feel like updates are rolling out quite slow. Nevertheless, ARDefender is, arguably, one of the best AR games right now.

Ingress represents Google’s first augmented reality app. We have to say that they did a pretty good job with this app, which is, basically, a simplistic MMO where players have to choose between two factions: the Resistance or the Enlightened. The ultimate goal is to fight over different virtual territories, in a game entitled *king of the hill*. Google Ingress offers one of the best social experiences that could be had on an augmented reality app. In order to conquer territories, players must organize themselves and gain control of three or more portals from a region to seize it.

Ingress is an immersive, geo-location based AR game produced by Niantic Labs, a division of Google. The story setup is that in conjunction with the discovery of the Higgs boson particle at CERN, a new form of matter called Exotic Matter (XM for short) was also discovered. The game is phenomenal. Incorporating real world locations and landmarks as portals using geo-location based AR, in combination with an arsenal of cool tools to hack and take over portals, and a constant stream of social interaction, this game has it all. – Source: Marxentlabs

Our last mention on the augmented reality app showdown is an excellent game, entitled “Life is Crime”. Like Ingress, this is also a location-based game, but with a slightly riskier feel to it. It also has the added bonus of socialization, as you can participate in live chats with other players, form gangs or fight for territories. All in all, Life is Crime is an entertaining AR game with a surprising number of players. The only downside to it is the fact that people from smaller cities might have a hard time finding other players.

This concludes our augmented reality app showdown. What do you think about these apps? Are you interested in trying them out? We’d love to hear your opinions.