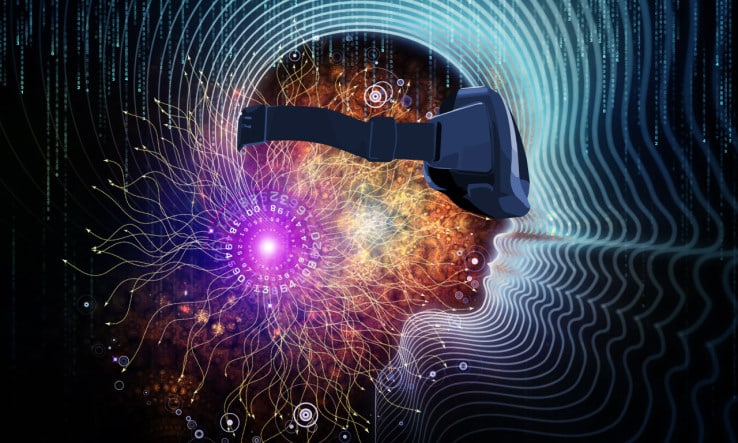 Virtual reality is nearly upon us, and virtual world games are becoming a thing – Facebook-owned Oculus Rift announced a couple of weeks ago that they will be teaming up with Microsoft. Sony’s Project Morpheus remains a mystery – the Japanese company wants to build a library of games before launching the VR headset, at least, that’s what a spokesperson said at E3. Steam’s VR device, in partnership with HTC, is out there to a select few developers, but we don’t really know that much about it.

Until everything comes clashing down on us probably this December, and most likely in the Spring of 2016, we have a couple of virtual world games that you might want to try if you have an Oculust Rift VR DK1, and DK2 headset. Or, if you’re like me, you just want to see what’s out there.

Without further ado, here’s a round-up of virtual world games… 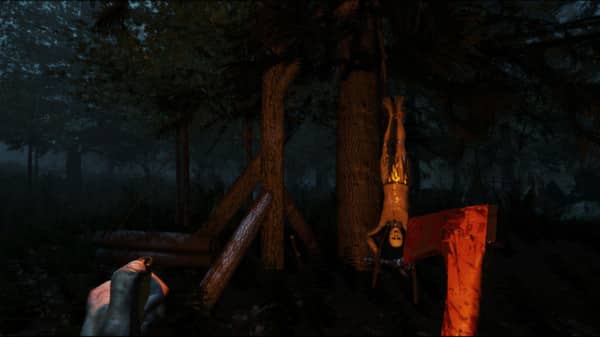 One of the most anticipated vr games of last year, The Forest is a survival horror game that will make your nights sleepless, and just thinking about those scary bloodthirsty cannibals brings anxiety, and fear. Yup, you read it right. Bloodthirsty cannibals.

The jest of it is that you crash land on a forsaken island in the middle of the ocean, and only you and someone else survive the horrid plane crash. As soon as you come to your senses, you need to gather whatever you can – preferably resources that actually help you on the long run – and get out of there fast, and I mean ASAP, sir! Why’s that?

Well, the plane crash got the attention of the cannibals roaming the island, and go figure, they aren’t friendly at all – they are portrayed as evil, and vile, but behind closed doors methinks that they’re snuggle bears with each other.
The Forest revolve around surviving the ordeal, and finding a way to get the hell off of the island. 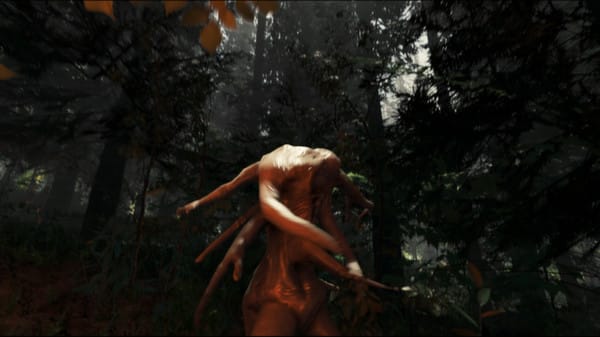 By day you need to hunt, build weapons, and let’s not forget the most important thing of all – build yourself a fort. Okay, not really a fort per se, but something that resembles a well fortified home.

At night, those pesky cannibals come looking for you – you’re the key ingredient to their Ratatouille – and they’ll stop at nothing to have you in their bellies.

Not really at nothing. Somehow, those cannibals are afraid of effigies that you build out of their brethren’s limbs – and other body parts, if you get my drift. 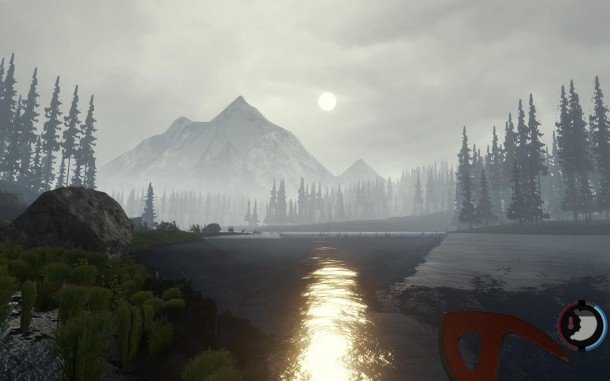 The bottomline is that if you don’t enjoy a good scare, stay away from The Forest. If you love not sleeping at night, by all means play it. It’s available on Steam. 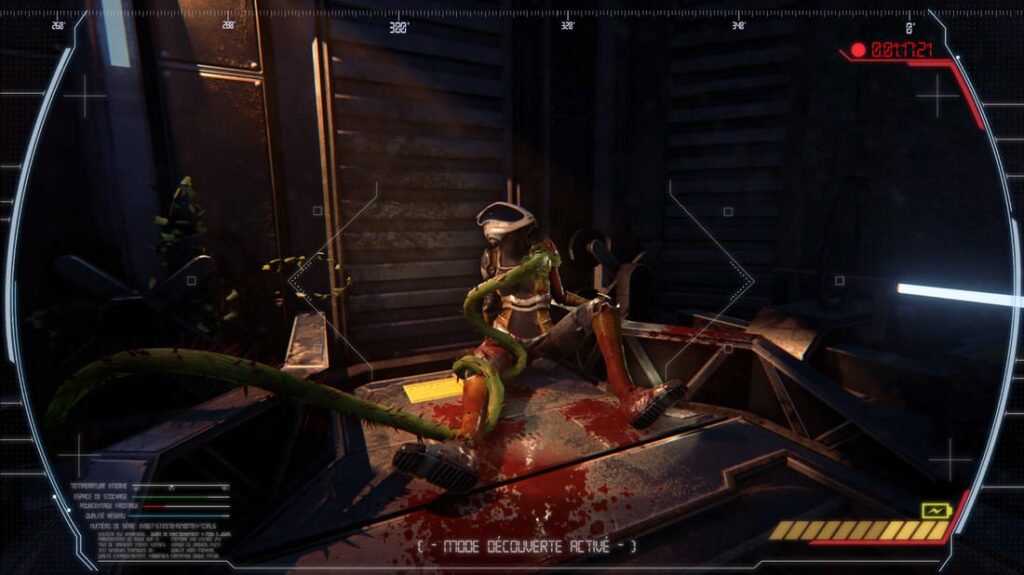 Welp, developers are keen on scaring the living hell out of you. Sector 14 is another horror game, but not that complex as The Forest. It’s quite the VR experience if you ask me. This short demo made in the Unreal Engine 4 was developed by Marc-André Voyer. Unfortunately, it’s really short, but it’s worth playing it – more so, if you plan on scaring your friends, show them Sector 14. 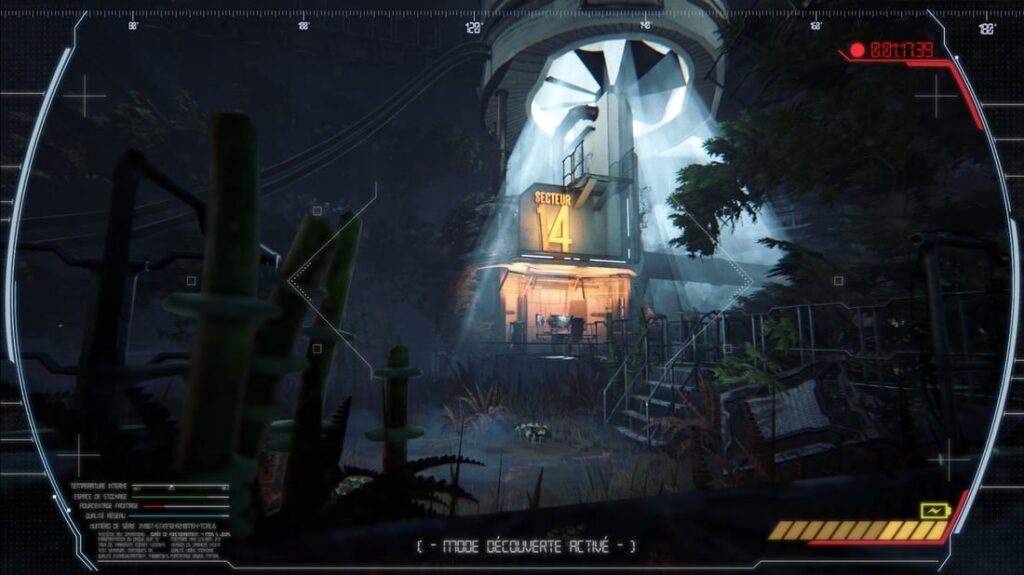 The atmospheric exploration demo lets you take control of a drone, and with that drone you’ll be searching an abandoned spaceship, or so it seems. The ship is riddled with plants – something on the lines of what M. Night Shyamalan’s The Hapenning is only with a better plot, better universe, better everything.

Sector 14 is quite interesting, but it’s novelty wears off pretty soon. It’s a great experience if you’re new to the virtual reality medium, but if you’re accustomed to what’s available, it can feel pretty dull at times. 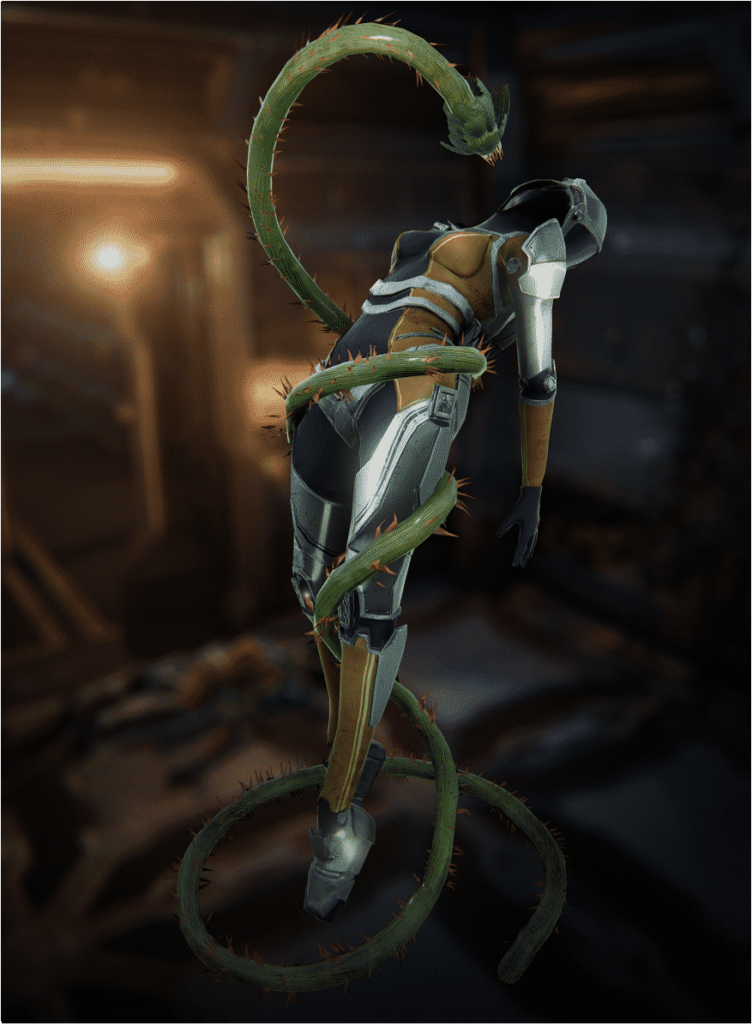 Hmm, sending a drone that you can control from the safety of your spaceship is a great idea if you plan on no getting killed. Hear that Prometheus?

You can get it for free – thanks Marc. 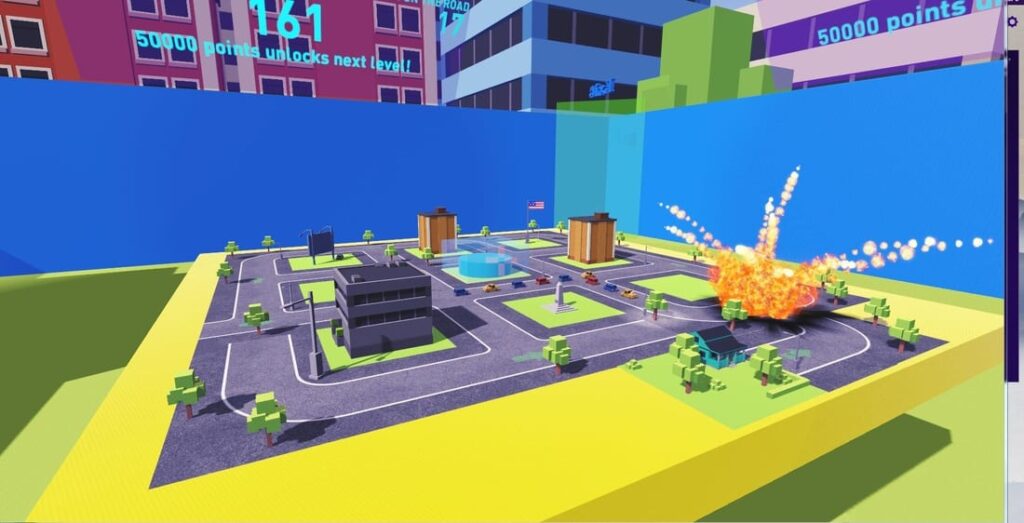 Car Car Crash is your average casual video-game – but built with virtual reality in mind. The tile based table top Car Car Crash may seem like it’s going to let you take control of cars, but this isn’t the case.

One car on the road equals one point, one crashed car equals five points, but be careful now. You don’t want to crash all of your cars just to make a quick point. If you have no remaining cars on the road it’s bye bye, and please try again. If you have a happy triggerfinger, sort of, patience will be your untimely demise.

Power Ups, and police road blocks are occasionally present in the game – they make the game more of a challenge.

And there’s the Police Car – it follows you at high speed, and when it’s on patrol it won’t commence destroying cars on the road. When it gets jaded of the whole living thing it stops and it makes a road block – any cars that crash into it will explode.

Give a warm thank you to Dan Scott for Car Car Crash. You can download it for free on his website. 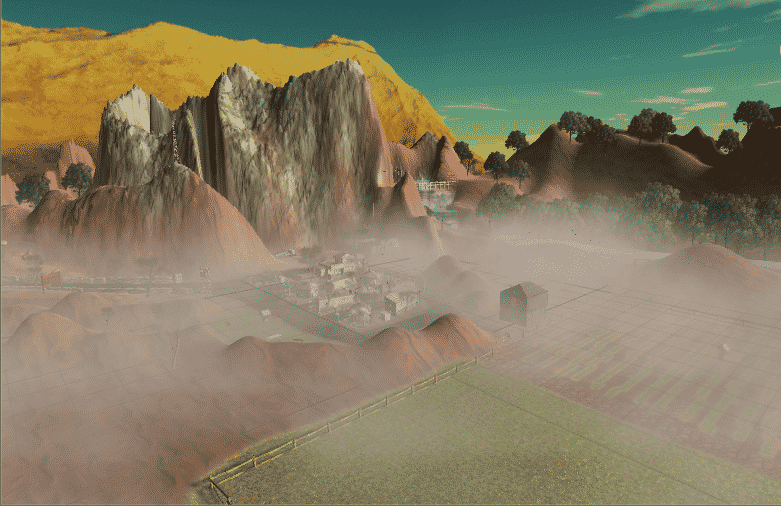 Sweet jumping jesus, Black Blizzard is spooky, but not that spooky. So, you’re in this desert plateau, and you stumble upon a God forsaken little town called Chawkee.

Misery has struck your family. Your father has gone missing, and you’re set to search for him, and bring him home safely. The virtual reality experience of Black Blizzard feels like Fallout, but without the whole intricate, and complex game mechanics, or level design.

It has that eerie feeling to it, and I like it.

Exploration, and observation are key elements to the game, and you’ll rely on them to discover who has taken your father from his warm home, and why?

Black Blizzard is an immersive scavenger hunting virtual reality game, and there aren’t that many for VR yet.
This dust bowl environment can be downloaded for free on Ineality’s official website. 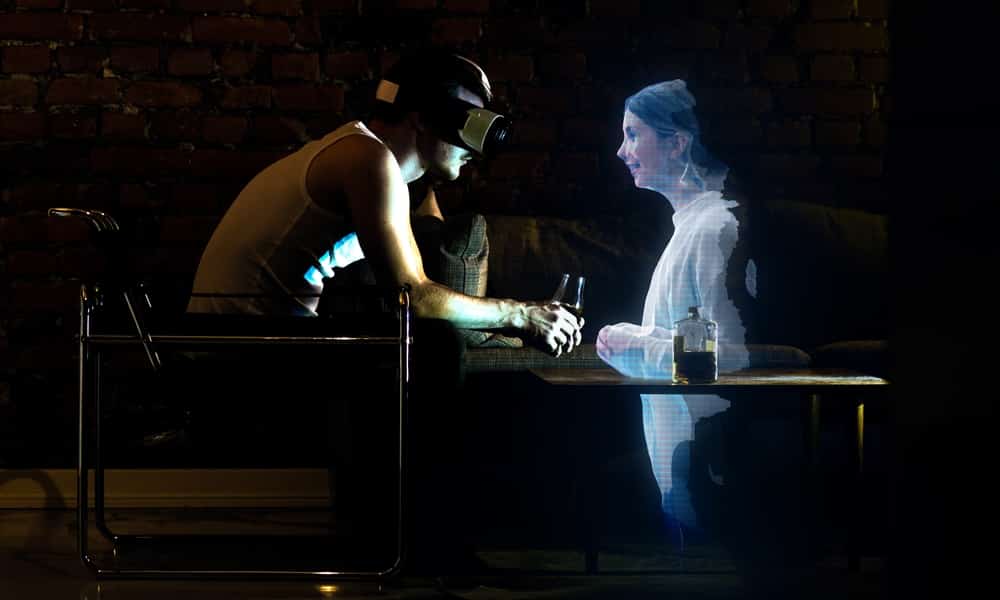 The Memory Machine was originally designed to be an installation piece for an Oslo exhibition that took place in the Spring of 2015, but this meditative journey through memories has become much more.

The VR game, or to better say, the virtual reality experience takes the user on a trip to the surreal-land. The VR experience is comprised of memories built from 3D-scans using the fre app 123D Scan, and they are a chronicle of what the developer experienced prior to the exhibition. 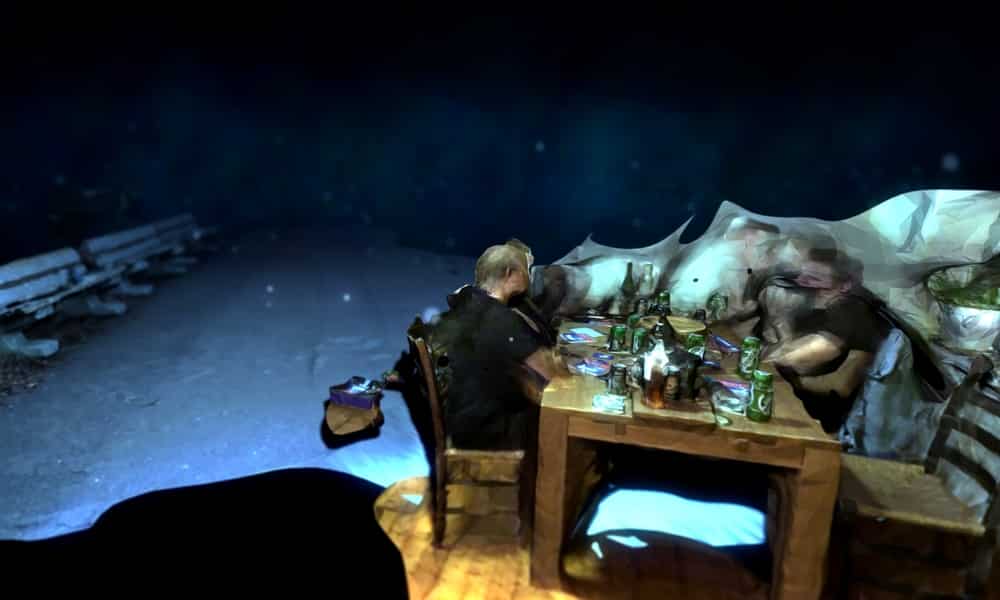 The whole experience is glitchy, and to the untrained eye it may seem like a virtual reality game that calls bugs features, but the thing is, memories are abstract, they are obscure, they aren’t precise, and details fade while years go by. Take a minute and recollect the first time you set eyes on your high school sweetheart. The memory is blurry, and pieces are missing. You know it in essence, but is that what it really felt like?

Some newer memories are sharp, and clear, but the older ones are like the little twigs that you step on when September hits – time is merciless and cruel.

So, if you plan on contemplating on the mortality of a human being, and bathe in an existential crysis, download the free virtual reality experience The Memory Machine.

The dreamlike game is available for free on the developer’s official website, and be sure to check out the superb soundtrack constructed by sound designer and musician Willas Rød.