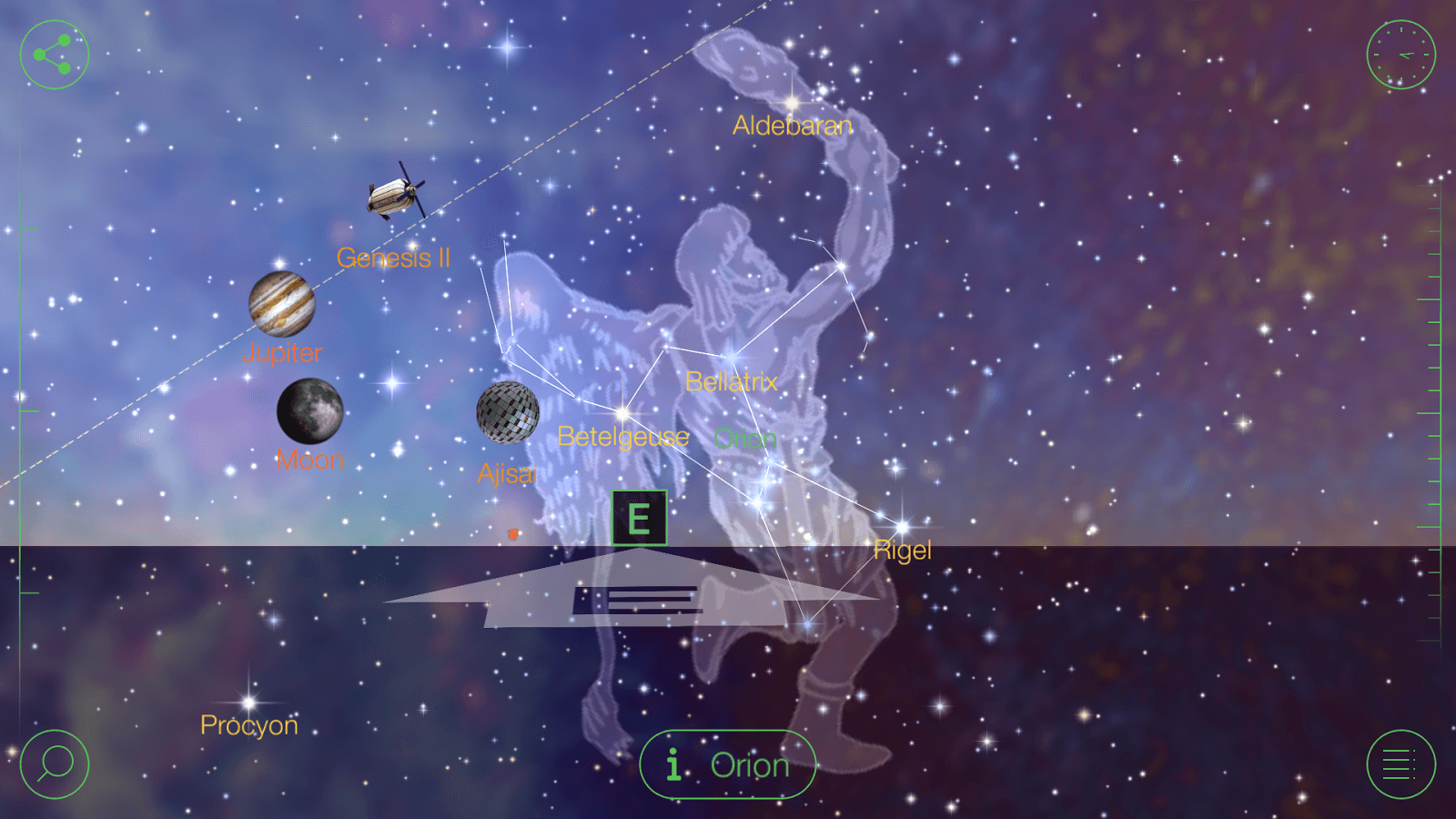 Augmented reality Android apps and games have slowly chiseled their fair share of the market, and the public’s preferences. Nevertheless, as exceptions are always a welcomed sight, some applications prove their worth in gold, while some games are a merely engaging and rewarding method of filling up one’s time.

With the continuous evolution of phone cameras, developers of augmented reality apps and games may envisage a bright future, and we clients need to establish a habit of periodically hunting for the latest releases. Without further ado, here are five fun and practical AR apps and five AR games every Android user should check out.

BARCODE EXPRESS PRO – available for just $1.99, this basic app requires a dedicated scanner however in order to fulfill its true potential of practicality. There are other inventory tracking alternatives, although none of them beats this one for user friendliness. The buyer may import relevant information from Amazon, and also export it to e-mail, SMS, Google Docs or a CSV file. Seemingly, its only downside is the limited aspect of customization, but should suit those who perform only simple operations.

STAR WALK – at $3.99, space travel becomes so straightforward. Exaggerations aside, it may be the best way to get into astronomy. By just tweaking the position of your phone, the app peers at the sky and tells you what you are looking at. This could go a long way in improving your knowledge about stars, planets and constellations. Moreover, you can share your newly found celestial passion with friends on social media, a fun feature especially if you find yourselves poles apart. 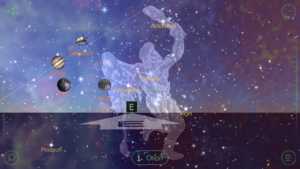 WIKITUDE – I bet that great conquerors of old would have loved a similar contraption for their campaigns into unknown territories. It would have shortened their reconnaissance process, and would have given them more time for conquering. What happens is that you turn on your location, hold out your hand and reviews start piling up for every point of interest in the vicinity. It may have been developed in order to aid travelers, yet if you live in a large and lively city, the newest attractions come directly to you. FREE!

MYBRANA 3D – this one is as much for the blending of hobbies, as it is a blending of worlds. Chunks of animation (aptly called “branas”) may be added to your videos, thus creating an endless realm of possibility. Letting your imagination go wild is free, with the caveat that downloading some ready-made branas comes with a price. Conspiracy theorists would claim that this could be an instrument for both good and evil.

QUIVER – could as well be nicknamed “the bringer of nostalgia”. The short version goes like this: download some drawings from the official website – color it – upload it in the app – you get a controllable 3D embodiment of it.  In my days, coloring used to be monotonous and frowned upon, while this app makes it cool even for adults. What is this world coming to?!

AR BASKETBALL – cramped for space? Print a marker and start shooting hoops! VR hoops that is! For those who are a bit reticent when it comes to the great outdoors, basketball will never again be subjected to interference from the weather or … other people. Similar to Facebook billiards, AR BASKETBALL is great fun. The developers have also taken into account European preferences, hence the football (soccer) variant. I guess that everything that has to do with sports will never fade into obscurity. 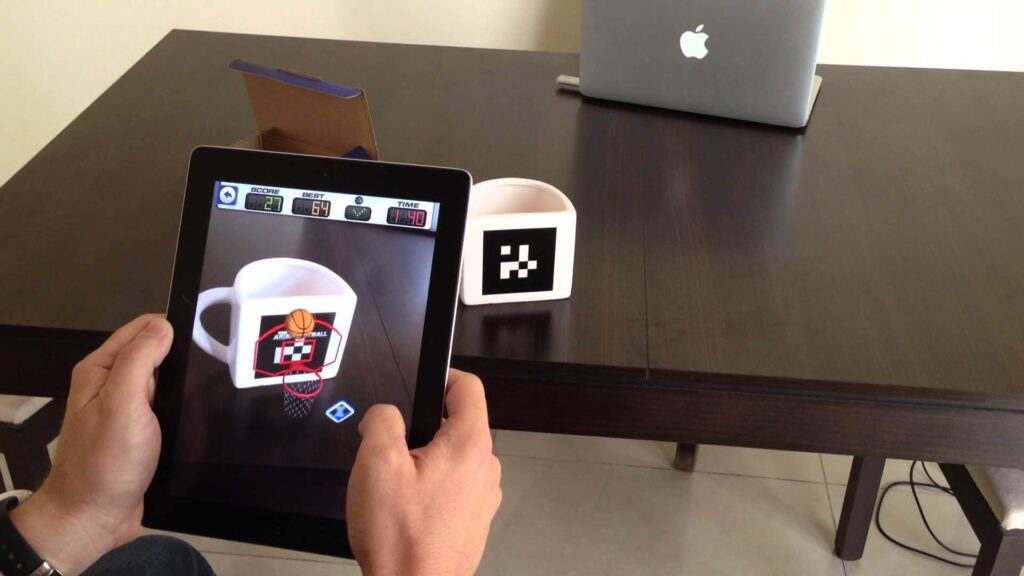 AR INVADERS – getting fed up with the old “aliens are coming to take over the world” routine? Too bad, it is here to stay. Defend your base in 180-degree mode (in the sitting position) or the 360 degrees one (standing) along with your pals, in a multiplayer frenzy that could become quite addictive. A whole century of alien invasions is compressed for two dollars’ worth.

PAINTBALL – choose your weapon and get ready to have a blast with your friends. There is also a single player option, but I cannot see the fun in it. It actually does a good job at mimicking the enjoyable side of real paintball, without the drawback of renting the location and getting used to the screams and the surroundings. Only mishaps in the Wi-Fi connection could lessen your enjoyment of AR Paintball.

DROID SHOOTING – the evil minions of the Trade Federation are assaulting the living room, coming from all corners. Just kidding, this is no Star Wars-themed game. With the aid of a radar, the player aims for the current wave of droids while preparing for the next invasion. The game is a proven winner of the unofficial accolade for the most enslaving game available on Google Play. It tests your calm under pressure and your reflexes, therefore it may be good therapy for some.

INGRESS – saving the best for last is not a dying slogan. Possibly the most complex and fascinating augmented reality game, Ingress nevertheless requires a considerable amount of dedication. Best played by inhabitants of large cities, the player has to capture portals at significant aforementioned places, and establishing through this your domination over whole geographical areas. The affinity for the game has led to the creation of international Ingress communities, with people immersing in endless bickering over the game’s complex storyline. Personally, I find the Matrix-like connotations appealing only in theory but, to each his own. All in all, Ingress may be the gateway to the entertainment of the future with its interesting (if only slightly frightening) blending of the worlds. 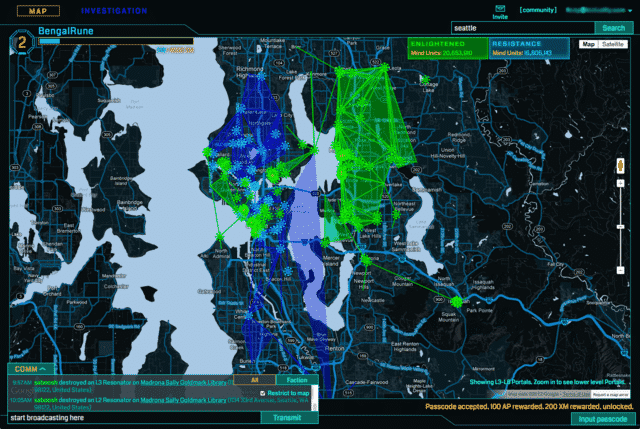 Augmented reality Android apps and games prove that the concept has evolved past the stage of a budding phantasm. It may even become part of the social fabric for all we know. But, until that moment, we are privileged to fool around with it in whatever way we see fit, for just a fistful of dollars spent in a developer’s library.