The Sony smart glasses promised to further develop the AR landscape available to the average consumer. After the commercial flop that was the Google Glass, smart spectacles seem to have gained the reputation of a tainted apple. Launched in 2015, though they did not score many points with the beauty judges, there is a place for them in the gadget market.

Ever since the early days of Star Trek, reality enriching glasses have been proposed as potentially revolutionary instruments in fields as diverse as engineering or speleology. Nevertheless, one should not underestimate the entertainment value of the contraption, which is what we plan on exploring. 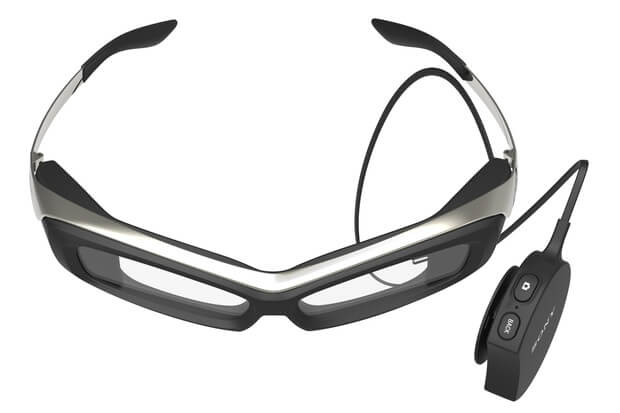 The smart glasses fall into the category of Android accessories, providing app developers further reasons to make us dig deep into our pockets. Working on Android devices (the 4.4 release being the threshold), the device weighs about 2.7 oz. (the additional cable is 1.5 oz.), support a virtual distance of vision of about 25 ft., have a speaker included in the controller, a 3 MP camera, wireless and Bluetooth and they are powered by a Li-ion battery that supports approximately 3 hours of continuous use.

Other accessories include a microphone, sensors for brightness adjustment, an electronic compass, an accelerometer and a gyroscope. Apparently, these parts work in concert with a revolutionary hologram optics technology that allows an image projection onto the lenses, which mimics perfectly the parameters at which the human eye functions.

Using this technological terror, developers have virtual an endless realm of possibility ahead of them, because more useful or entertaining information is needed in almost every context of life. And with a price of $840 they are well within the realm of affordability. The Sony smart glasses are a genuine example of the potential of a field of research that is still in its infancy to provide products that not so long ago were deemed as belonging in the distant future.

Using a not a very considerable amount of reason, one might say that applications for smart glasses fall inside the same realm of possibility as augmented reality itself, practically endless. The investments required for developing applications that use the smart glasses are however a different matter altogether. Training of specialists would probably consume the largest amount of resources. And the current trend, of small third-party companies designing applications set within the boundaries of operating systems launched and refined by major players, means that we are still a long way from experiencing a true revolution for the masses. 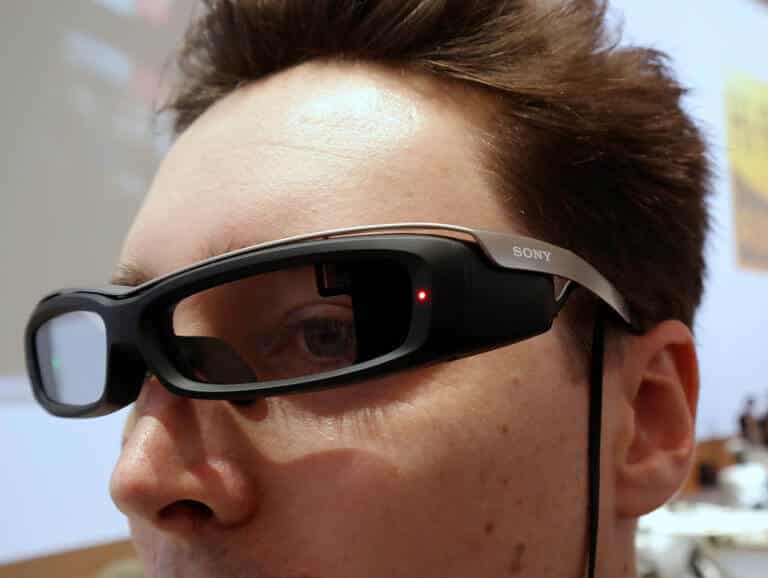 The separate cable controller doesn’t do much in the way of promoting the larger use of this device. I can think of a long list of possible “domestic” accidents. Furthermore, as this acid reviewer stresses, the sheer appearance of the glasses is not likely to induce a fashionista’s passion for them. While they may look really cool in promotional videos and slideshows, they reveal themselves as genuine emblems of (I quote) “dorkiness” once they are put on. Personally, I do not believe that aesthetics was Sony’s greatest concern, so I won’t follow down this murky path.

What about the Competition

A report published in 2012 mentioned that the projected sales for the whole of the smart glasses niche were around 6.6 million units. That being said, taking into account the discontinuation of the Google Glass, I believe that the figures have embarked on the downward path. This means that the competition to Sony’s glasses is a limited one. In fact, we have just the Microsoft HoloLens, the Epson Moverio BT-200, the Vuzix M100, and the Optivent Ora-1, to limit ourselves to devices that perform roughly the same functions and are within a decent price interval.

The Microsoft HoloLens seems to be the most interesting of these concepts. It is still in the developmental stage and is supposed to help anyone trying to assemble anything, should integrate with other Microsoft services such as Skype, and have the possibility of projecting video all around the floor. It is an improvement compared to the Sony glasses, with no mandatory connectable peripherals, awesome sensors and high definition holographic images. It should cost a pretty penny (some say in excess of $2500), however, the deliverance of future in the present should make one dig deep. It is due to be released this year. 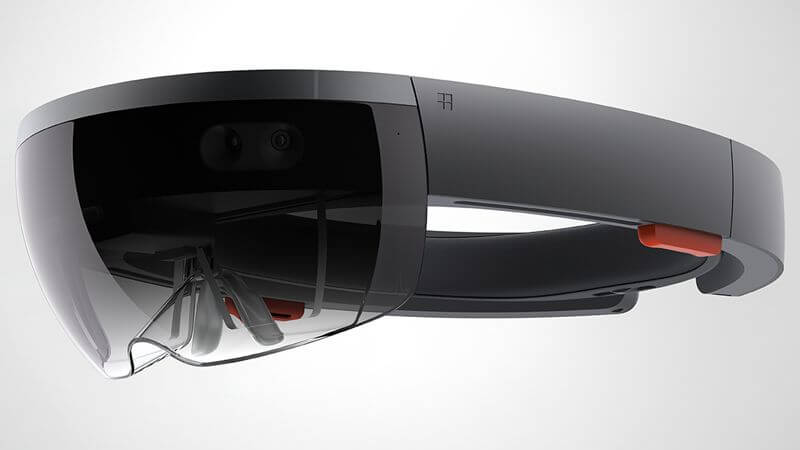 The Epson Moverio BT-200 is more of the theme-park-in-your-living-room style, as it is basically a stationary contraption, with the glasses connecting to the mainframe by virtue of a special cable. With a few dozen applications developed by Epson itself (no third-party Google Play), it is chiefly aimed at scientists who need to interpret 3-D models for their own shady purposes. Available for $700.

The Vuzix M100 has the massive downside of a control box attached to the glasses themselves and manual controls on each side of the lenses. On the other hand, some cool features include voice recognition software for some of the features and an Android-based application for control as is the case with the Sony glasses. It boasts some applications of its own making plus some downloadable from Google Play. Costs $1000.

The Optivent Ora-1 falls within the same lines as Sony smart glasses and the defunct Google glass, having vision augmenting screens, with the major difference that they are movable which translates into an always present front view objects. It also boasts highly sensitive sensors that adjust the contrast and brightness of your image in real time. What will probably be the best feature of the Ora-1, the capability to behave as an independent Android device, makes it a must-test for all augmented reality buffs. Though not out of the development phase just yet, Optivent is already taking preorders.

The Sony smart glasses are what can be construed as a fun and functional device, coming at an attractive price, in today’s market. Though augmented reality by the way of Sci-Fi goggles hasn’t arrived yet, the glasses have paved the way for future products that will exist both for the needs of developers and the pleasure of the average enthusiast.