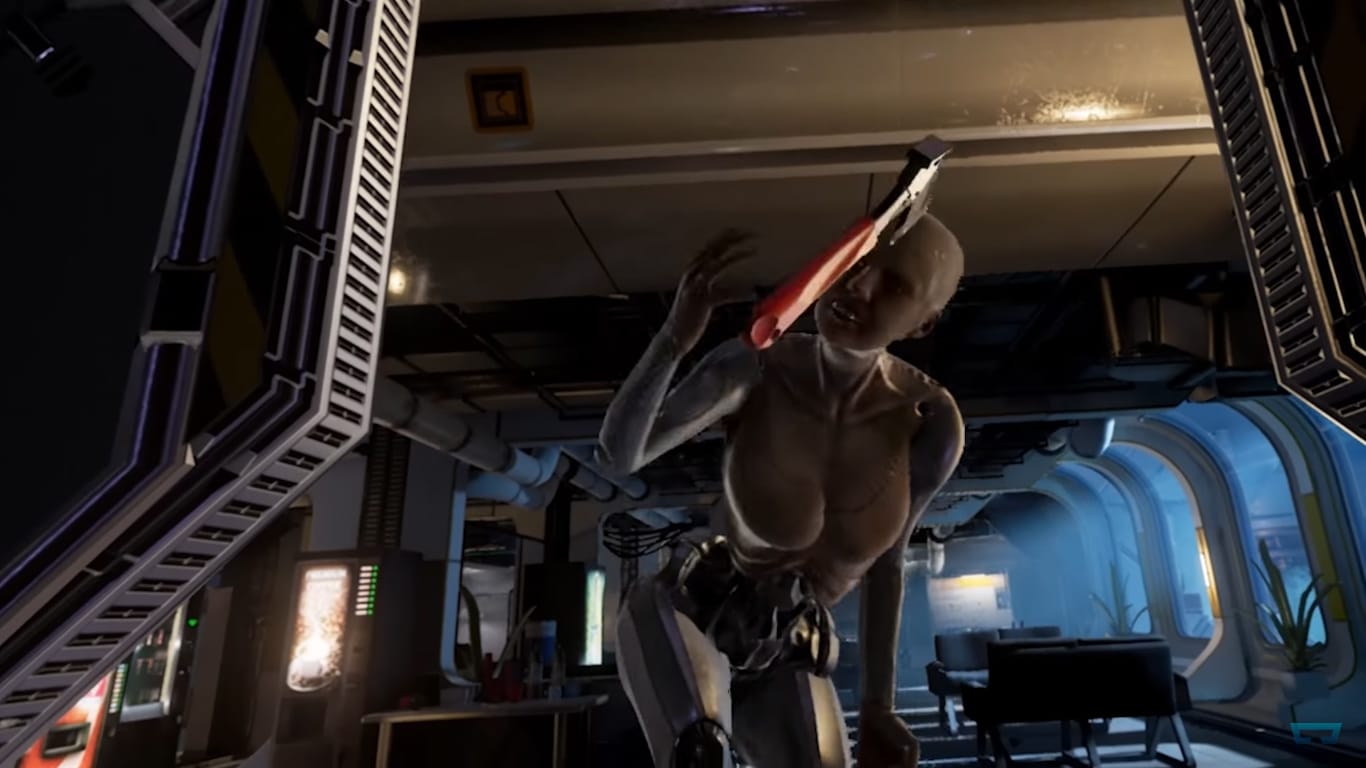 Horror stories are the realm we like to delve in once in a while when we get particularly adventurous and fearless. But do you feel particularly inclined towards trying Oculus horror games? We do!

However, one thing is for sure: scary Oculus Rift games are not for the faint of heart. So going into the virtual reality horror environment should be exclusive to those who are accustomed to horror games, movies, and other scary stuff.

Now that we’ve gotten the technical aspects out of the way, it’s time to get on with the list:

Monstrum is one of the most fascinatingly scary Oculus Rift games we’ve ever encountered. What’s the story? Well, you’re part of a crew, doing your job on a cargo vessel. At one point, a strange crate is lowered onto your ship. Nobody suspects the terrible events that are about to unfold on account of what lies within that crate.

After all, of the members of the crew are killed, you’re left alone to fend off the nightmares lurking about the corridors. And your only chance is to escape via one of the helicopters that lie dormant there. The only problem is that the specific chopper that you choose is a broken-down wreck that needs serious repairing in order to work. Left with no other option, you have to scour about the ship in search of parts to repair it. A truly incredible horror experience in virtual reality.

Designed especially as an Oculus horror game, Lost in the Rift is much more than a quirky play upon a title. You actually get lost in the Oculus Rift with this one. As the game opens you are outside. The night is particularly dark and gloomy. The surrounding trees have odd shapes and get in your face a lot (something that might make you maniacally move your arms around your head). Your objective is to find your loved one.

To do this, you have to go through a maze of trees and corridors searching for small notes that will lead you towards your objective. The level of immersion is again very high. The sounds that you hear about the forest as you walk through the maze are haunting and incredibly creepy.

Pair this with its predecessor – Alone in the Rift – and you will probably need a new pair of pants. The two games are memorable, if only for the masterfully crafted progressions. We will admit, the stories feel a bit bland, but this is one of the Oculus horror games that more than make up for that.

Download link: Steam Store.
Compatibility: Lost in the Rift can be played with Oculus Rift, HTC Vive, and OSVR.

Remember Slenderman? Everybody does. It’s entered the public imagination as one of the scariest games for PCs. Now the people from the studios that made that awesome game are bringing us a virtual reality optimized version with Slender: The Arrival. Never have we been so scared with our Oculus headsets on. This Oculus horror game continues the legacy of the original Slenderman.

Like in the previous installment, you also have to go into a dark forest in search of handwritten notes. Slender Man will, of course, make his (or its?) appearance throughout the game, teleporting from place to place in order to scare you like you’ve never been scared before.

How can one person have a face with so little emotion? We don’t really know. However, when the Slender Man appears in our faces in this scary Oculus game, you have no other chance but to run. And run far away. Just be sure you take off your Oculus Rift headset when you do: you could severely damage both the headset and your computer if you forget to do that.

Syren is a scary Oculus Rift game designed exclusively for VR.  It tells the story of a mad scientist that builds an underwater research facility in which he conducts shocking experiments meant to recreate an old, lost species of Syrens. These creatures used to inhabit the ancient lost city located just under the researcher’s facility.

Now on to the gameplay. Awaken into chaos, with the lab cracking under the pressure of the sea, and the gamer has to evacuate the facility ASAP. But here’s the twist – you’re not alone! Some of your experiments have gotten loose! The deadly Syrens are lurking in the shadows. If you’re looking for a cinematic, scary Oculus Rift game, the this is the perfect choice!

2. A Chair in a Room: Greenwater

A Chair in a Room: Greenwater is one of those Oculus horror games that’s so chilling, it’s even physically difficult to progress with it. Set in America’s Deep South, it uses settings of derelict towns, decaying swamps, and run-down motels and Gothic elements. The game will take you through a world of immorality, corruption, and murder.

The story consists of six chapters of up to 30 minutes in length. You’ll be known as patient no. 6079 in The Greenwater Institute. You’ve lost your memory and have no recollection of who you are. You’ll be tested as you try to uncover who you are and how you got there.

Combining interaction with narratives, the gameplay flows seamlessly. Lovers of the genre have added A Chair in a Room: Greenwater praise its graphics, adding that “the attention to detail is stunning”. Top this off with beautiful atmospheric music, and you’ve got a thrilling little gem on your hands.

Download link: Steam Store.
Compatibility: A Chair in a Room: Greenwater can be played with Oculus Rift and HTC Vive.

Emily Wants to Play is a survival game that will have you shaking in your boots. The story is as cliché as it gets. You’ll take the role of a pizza delivery man trapped in an odd house. It’s 11 P.M. and you’re in a strange building with windows boarded up and overgrown grass everywhere.

You hesitantly step inside. The doors closes behind you and you find yourself in the company of little girl Emily and her three dolls. In order to survive, you must learn how to interact with the peculiar girl and her dolls. Try to figure out what’s going on by roaming the house but careful, as you must stay away from Emily and the dolls.

These have been our top picks for this year’s list of scary oculus rift games for the fearless. It’s always difficult to choose just a few titles, as there are many other bone-chilling names also worth mentioning: Arizona Sunshine, Dreadhalls, The Brookhaven Experiment, Paranormal Activity, and more!

Which of these Oculus horror games do you think is the scariest? Go ahead and put your headset on and let us know what are your top choice.

But why stick to just one genre? Check out the best Oculus Rift RPGs and the top racing games for the Rift headset.