Like all platforms that have a bit of self-respect, the Oculus Rift will be arriving to consumers with a bundle of games already available. Apart from these Oculus Rift release date games, over the past weeks we’ve seen all the different categories of games for Oculus Rift that will be available. To tell you the truth, we’re psyched!

With the launch of the Oculus Rift just around the corner, we thought we’d give you consumers some much needed info on the Oculus Rift launch date games we’ll definitely be playing. Of course, you will want to play them as well, so what better time to write about them than right now, when we’re less than a month away from the Oculus Rift consumer release date.

We know that Lucky’s Tale is essentially an Oculus Rift release date game for kids, but hey, aren’t we all kids on the inside? Frankly speaking, this game really looks incredibly fun. In this world full of joy, adventure, and fantasy fashioned technicolor, you the player, take on the fuzzy and cuddly personality of Lucky. Lucky seems to be a fox. You get to jump around in a world of mystery, driven to find the solution to all the cute-yet-complicated puzzles in the world.

The best part about this game is that it will deliver along with the Oculus Rift when it launches on March 28th, so you will know your kids will be asking for Oculus Rift time from the moment it enters your premises.

In the game you get to explore a jungle environment. Even though everything looks wildly surrealistic, the aim of the nice game is to prove that, no matter how un-real the environment feels, the immersion factor is still very much present. 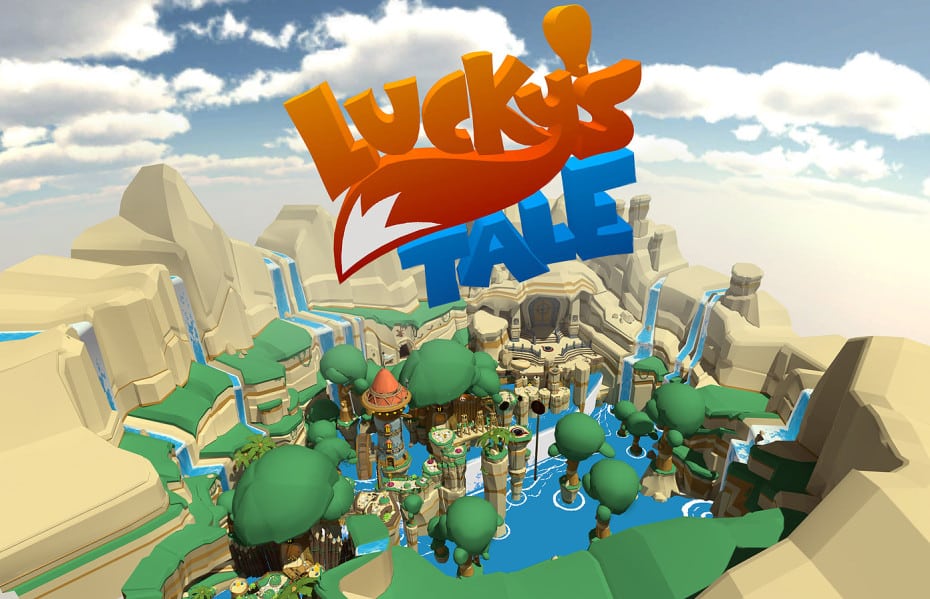 Some pretty high requirements for a silly game with kittens, but add the fact that it’s in virtual reality (i.e. an Oculus Rift game) and suddenly they don’t seem so high. Kittypocalipse is a game in which, apparently, kitties have taken over the world. While we may not necessarily object to that here, the person you get to play in the game is pretty unhappy.

So you get to defend said person’s fortress with towers. That’s right, this is a tower defense game. And strangely enough, it’s also a first person game. You get to see the board from an overhead position, looking down on how your choses cannons, lasers, and missiles are raining chaos on the little critters.

We do not know what the kittens want from you, nor why they have taken over the world. However, if you look closely, you will see that they aren’t actual cats, but some weird combination of aliens dressed up as cats. The game is set to be released on the Oculus Rift release date. 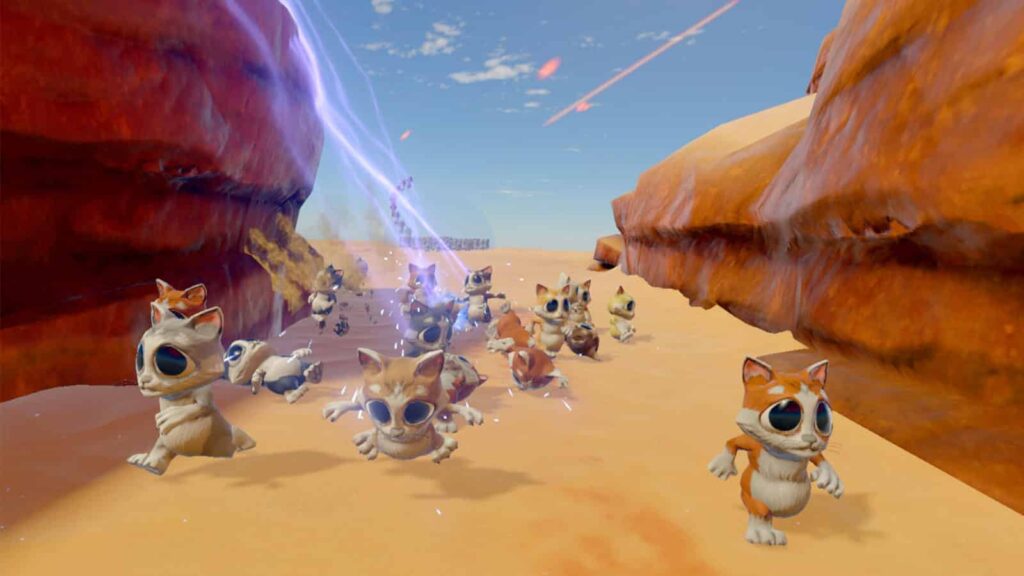 We haven’t talked about EVE Valkyrie up until now and that’s unfair. This online multiplayer game for Oculus Rift is exactly the type of game we were waiting for when the Oculus Rift release date was first announced. If being able to fly around in your very own space shuttle isn’t impressive enough, how about being able to shoot down enemies? And play with your friends? And run missions together!

Really now, everything about this game looks and feels incredible. From the moment you start the game, to the moment you die miserably in space, everything is set to feel like you’re really there. The menu is in virtual reality. In the menu, let’s say you choose the multiplayer option. You are immediately taken to the lobby.

The lobby itself is not some cheap user interface waiting for players represented by text to get in. It’s a personal capsule in which you see all the other players that will enter the game right beside you. And in the middle of this lobby, you’ll have a hologram of the game that’s currently underway. EVE Valkyrie continues to break new ground in terms of gaming, continuing the footprints left by its predecessor, EVE Online. 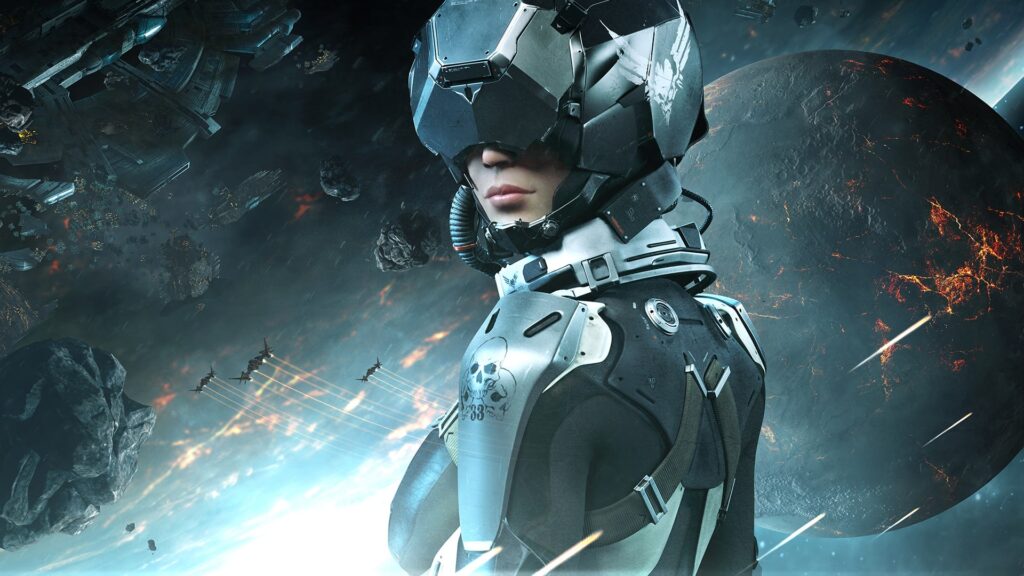 Ok, we’ve seen a few horror games for Oculus Rift in the past, but we’ll admit this one got us scared. Really, really scared. It’s something about the way in which it manages to blend its sound design, its stunningly lugubrious setting, and it’s over the top visual effects to create a true horror environment, feel, and overall game.

You start out in a dungeon. You don’t know why you’re in the dungeon, and you’d probably want to get out. Yet, somehow, no matter through how many corridors you go, how many gloomy rooms you pass, you still get the feeling of helplessness.

An incredible concept in the game mechanics will make it so that every time you play a particular level, something will be different. Be it the sound, the creatures you encounter, or the puzzle of the rooms, the game will change, making itself a truly unique experience for each and every player expecting it. We anxiously await its release along with the Oculus Rift release date. 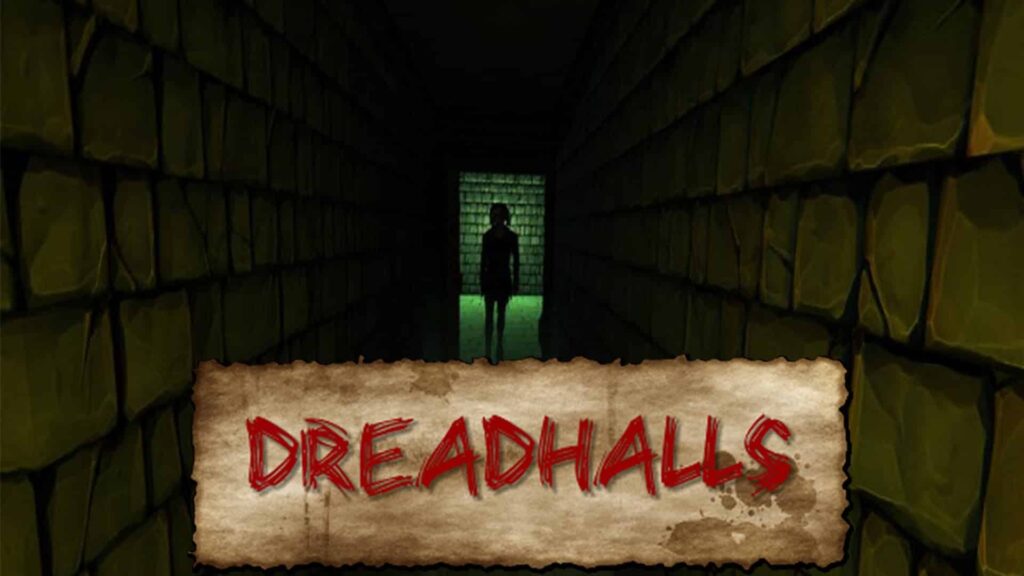 You may be wondering: hold on, how are they actually racing in space? No, the characters are not on some weird space shuttles that somehow can defy the laws of physics. If anything, you’re working the laws of physics to your advantage! The game is set on a magnetic rollercoaster in space. Your car is magnetically attached to the runway and you use magnetism to propel you and slow you down.

If you think that’s awesome, wait until you see it in actual virtual reality! Radial G is a truly awesome concept that we hope to try out as soon as possible when the Oculus Rift release date comes.

Which of these games are you excited about? Let us know in the comments!