The second development kit for the Oculus Rift is the latest kit that allows developers to build amazing new experiences, and we can safely say that the world of virtual reality has changed dramatically.

Built-in latency tester, out-of-the-box engine integrations, and the Oculus SDK are just a few features we’re discussing in our Oculus Rift DK2 review, along with the major differences between this device and its predecessor, the DK1. 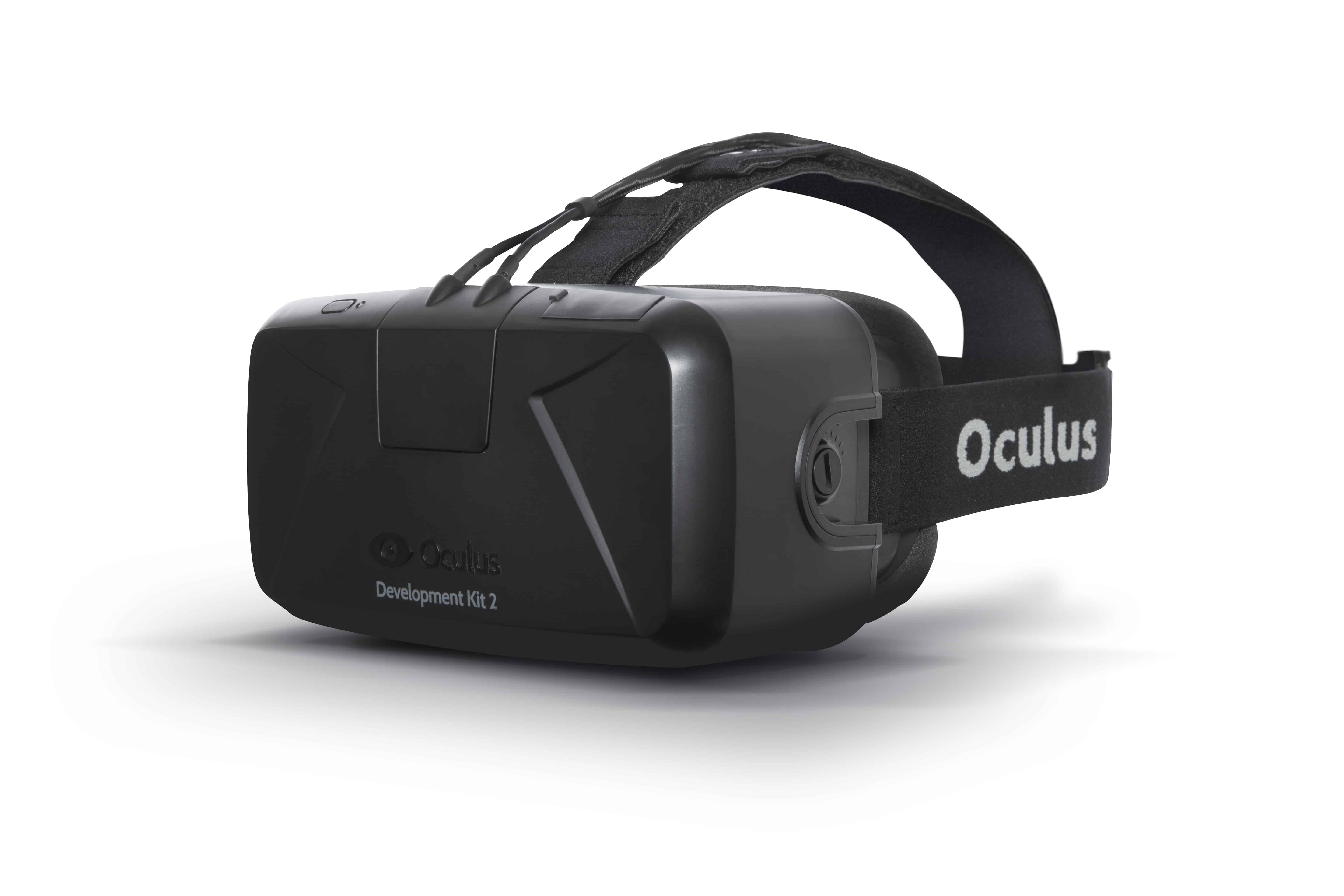 What’s Inside the Box?

At the moment, only developers can enjoy the immersive universe within the rift. Many of them wrote their own review for the DK1 and were extremely enthusiastic about the durable plastic “collectors” box, while Oculus Rift DK2 reviews are not that positive. Because, sadly, second development kit doesn’t offer the same luxury. Of course, this is not a deal-breaker, especially since the DK2 can be comfortably housed in the DK1.

As far as box components are concerned, you will receive a headset with HDMI & USB cable, screen & lens wipe, adapter with international plugs, an IR camera, USB & IR sync cable, two lens sets and a DVI to HDMI converter (the Rift no longer operates with DVI input).

Because the DK1 has already been out for a couple of years we would like to focus our attention on the enhancements brought to the device through the second development kit after months of cutting-edge research. The first thing you will notice is the fact that DK2 features higher resolution, upgraded from 1280×800 to 1920×1080 (true HD quality).

Other major advancements include the optical camera, which wasn’t present in the first kit, which together with the tracking system and onboard IMU provides ability to translate rotational and translational movements.

In terms of connectivity, the Development Kit 2 takes a unique approach: unlike its predecessor, it interates the guts of DL1 within the headset. In other words, there is only one cable running through the device which splits into HDMI and USB.

This change may not seem major, but it will significantly unclutter the headset. But it’s 60 grams heavier than the DK1, you might say. Truth be told, the weight difference isn’t that obvious. I actually thought that the Oculus Rift was lightweight and comfortable to use.

As we already mentioned, the Oculus is arguably the best virtual reality headset on the market right now. Therefore, it has been constructed with high-quality plastics which ensure a great level of fit. In addition to this, the camera has a solid feel in its simplicity.

These are the main differences between DK1 and DK2. Now let’s go more in-depth with our Oculus Rift DK2 review and take a closer look at the design, specs and new features.

DK2 has made a huge technological leap. If the DK1 used methods such as cloning or extending the display for creating a virtual reality experience, the process becomes extremely complicated for the second kit. This happened because the company wanted to obtain a truly user-friendly device. As a result, Oculus SDK v0.4 introduced a new mode, the “Direct to Rift”, which basically transforms the Oculus in a special type of monitor.

Don’t worry, you won’t have to change any monitor or resolution settings. While this is clearly a better approach for the future, it is causing several technical difficulties. For example, no game except the demo works with the news system. On the bright side, the setup system has been simplified to enable a consumer to quickly edit IPDs and height.

Although the basic shape of the Rift hasn’t changed very much, there are a few visible adjustments in terms of design. The first one on our Oculus Rift DK2 review list is the absence of a control box – this is where the extra 60 grams came from. The new Oculus Rift also features a power button on the left side, which also means that the two cables that go through the goggles had to be re-adjusted.

There has been speculation regarding the IR sync port, which supposedly opens up new possibilities for IR tracking (if you don’t know what that means, a simple explanation would be that it is a tracking system similar to WiiMote). At the moment, it remains only speculation.

Moving on with our Oculus Rift DK2 review, one of the biggest changes that happened between Oculus Rift versions were made on the LED screen. The first development kit had a 1280×720 LED screen that could render 640×720 imagery for each eye. Low resolution was a problem. The big upgrade came with DK2, when the screen received OLED and 1920×1080 (which means 960×1080 per eye) pixels. In terms of resolution this is a huge leap.

When testers reported heavy motion blur, the developing team was quick on the uptake. Moving the head around would result in extremely blurred images as well as motion sickness. The DK2 managed to remove the problem through the new OLED screen.

In addition to this, the obnoxious “screen door” effect (an overlay which made it feel as if you are looking into the 3D universe through a meshed screen door) that occurred on the first model has been reduced.

It’s hard to quantify the level of improvement from one generation to the other, but the DK2 is definitely better. It offers more vibrant colors, sharp images and a better experience all-together.

On the down-side, the new rendering system has lead to annoying “chromatic aberrations” which happen around dark-colored objects and shadows. The image basically becomes smeary purple and then fades as it tries to ‘catch-up’ with everything else. As innocent as this bug seems, it is extremely disturbing especially when you are concentrated on the game. The solution, at the moment, is to change color values to have the screen slightly illuminated.

As we already mentioned, the Oculus Rift DK2 package comes with an infra-red camera. While it is not vital for the gaming experience, it can provide ou with positional tracking. The DK1 worked by fixing the head in one position and only tracking rotational movements for a fixed point. Whenever the user crouched, bent over or tried to pick up something the device would disconnect and create a discrepancy between what you see and what the brain is expecting to see.

The infra-red camera makes sure that the virtual reality experience runs smoothly even while you are moving. Movement tracking is a huge improvement for the Oculus Rift. A word of advice would be to place the camera approximately 5 feet away from the rift so that it can capture all your jumping and prancing about.

The micro-stutter, which dual GPU users are already accustomed to still happen with the Oculus Rift, but the development team has been working hard to resolve it. All in all, the Oculus team is being extremely receptive and eager to solve any type of problem as soon as possible.

The last thing we wish to discuss in this Oculus Rift DK2 review is lenses. For the DK1 we had 3 types of lenses: two for shortsightedness. The DK2 only comes with two lenses, one that is compatible for all short-sighted consumers, and one for normal use. They are also slightly wider, thus resolving dead peripheral areas.

Another difference consists in lens convexity. Whereas the DK1 lenses were convex, the DK2 ones are flat (the ones facing the eyes at least). This means that you must hit the ‘sweet-spot’ to avoid view-port.

Are you still wondering if the kit is worth the investment even after this Oculus Rift DK2 review? We believe it is, especially since it brought such major changes as compared to its predecessor. Once you get accustomed to the goggles you will love it, even if you will sometimes get frustrated from bugs.
Remember that the Oculus is still in development, and for a technology so advanced, it’s performing superbly.

If you decide to get your hand on the Oculus Rift DK2, then check out these Oculus Rift RPGs and the best racing games for the Rift.