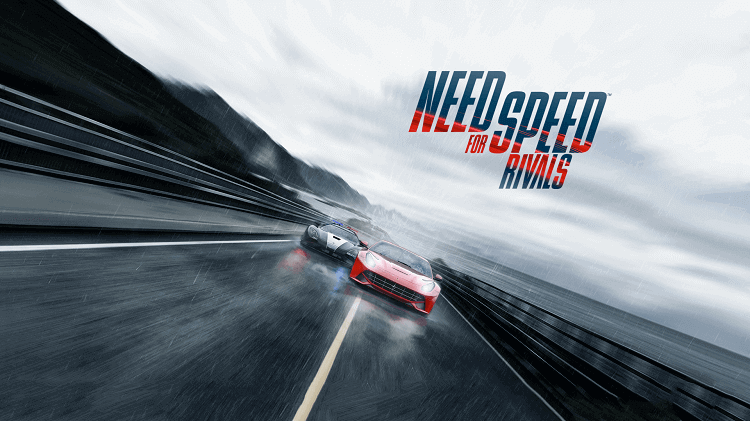 This video game has a career progression system for both sides of the law. Career progressions are in the form of Speedlists for racers and Assignments for cops. Upon completing a set of objectives, you level up and unlock new content. You can check the local and global leaderboards to see how your progress compares to others. This game also features a social system called AllDrive in which you can add friends to your game. You can also customize vehicle performance and appearance to suit your playing style and personal taste.

We like the creativity in cop chases for this game. You’ll find yourself trying to lose the cops while speeding through a forest a night. When the helicopter’s searchlight peeks through the trees, you’ll feel another rush of adrenaline. Forests, snowy mountain passes, deserts, and seaside promenades were a nice change of pace in comparison to the typical urban settings. We enjoyed the challenge of driving at 150+ mph through nature. On the long, winding roads in this game, you can drift more easily and push yourself to higher speeds.

Another feature of Need for Speed Rivals we like is the realistic weather effects. Heavy rain impairs your ability to see clearly, and flashes of lightning at night illuminate the screen for a second. Need for Speed Rivals allows you to switch between playing as a cop and racer. Just like the racer, the cop comes with chapters of exciting pursuits to engage in.

Those who prefer the cop role will especially love the ability to be one in this game, unlike in some previous installments. You can customize your vehicles with spike strips, shockwave blasts, mines, and turbo boosts for additional fun. The video game also has a free-form multiplayer, in which up to six people can race against each other or together. You can choose to be a cop chasing your friend or compete as cops chasing AIs down.

Need for Speed Rivals Review – What We Don’t Like

Although there was creativity in the chase scenarios, we don’t think there was enough variety in situations to keep some people entertained. The initial excitement of the game may fade as you log in more hours. Those who prefer outsmarting the cops and hiding to escape them may be disappointed. The gameplay in Need for Speed Rivals doesn’t allow for that strategy. You can still hide after losing the cops, but it’s more difficult to avoid detection. Occasionally, there’s an online glitch that causes you to lose your progress.

While some people prefer not having a developed plot in sports games, others want a plot to prevent the game from becoming repetitive. Need for Speed Rivals is geared at those who want the focus on racing and unlocking new cars, rather than a storyline.

In a review on Metacritic, tommypuma19 explained, “I am more of a fan when these games had a story and you started out with more modest cars and built them up. Sure the game looks nice and is fun for ten hours or so, the game becomes to be extremely repetitive.” It’s a matter of your personal taste.

To play Need for Speed Rivals on a PC, you will need at least 32 GB of HDD space and at least 4 GB of RAM. The minimum operating system this game can run on is Windows XP/Windows Vista (SP2)/Windows 7. As for the processor, your system needs at least an Intel 2.4 GHz Core 2 Duo or AMD 2.6 GHz Athlon X2 CPU.

Other minimum system requirements include:

This Need for Speed Rivals review concludes on a positive note. It’s a fun open world racing game that offers many features that would’ve been nice to have in previous installments. Take the spike traps for example. It would’ve been great to get revenge on the cops in Most Wanted by laying down spike traps. The option to play as a cop, complete with career progression and unlockable content for cops, is awesome too.

Overall, the gameplay is realistic and challenging, and the graphics are top-notch too. Multiplayer and AllDrive open the door for additional fun in the game. Although previous installments had multiplayer, AllDrive enables players to merge their games, easily transitioning from single player to multiplayer.

Feel free to share your own thoughts on the game in the comments below.