Deadpool is an action, hack and slash, and beat ’em up video game with comedic moments throughout the storyline. The Marvels Comic character of the same name inspired this video game. High Moon Studios, the same developer for Transformers: War for Cybertron, led development for Deadpool.

Daniel Way, a former Deadpool comic writer, wrote the video game’s plot. Because he was a writer for the comic, Way succeeded in effectively portraying Deadpool in the video game. The Deadpool game was initially released on January 25, 2013. You can play it on PS3, PS4, Xbox 360, Xbox One, and Microsoft Windows. Our Deadpool game review covers the best features, where the game falls short, and which system requirements are needed to play. 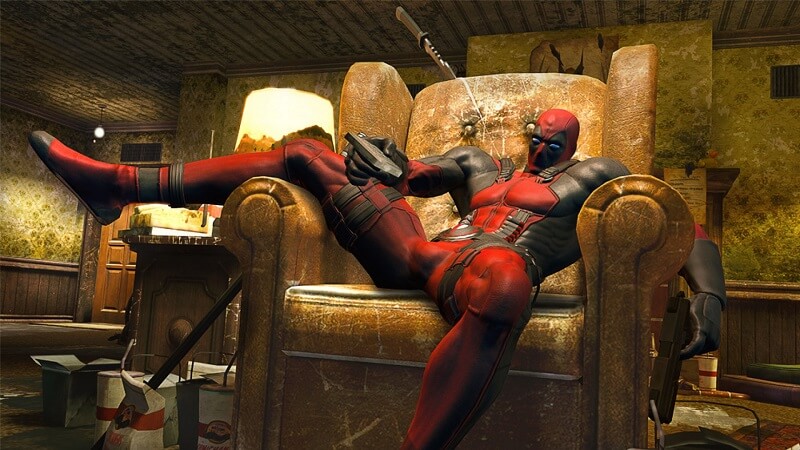 You take on the role of Deadpool in this game. Deadpool is aware he’s a comic book character because of an experimental procedure conducted by the Weapon X boys. He was also left certifiably insane from the procedure, allowing for a lot of humor in this video game. The four-wall is broken as well to effectively portray the fact that Deadpool knows he’s a character.

As you progress, new combos become available. You begin the game equipped with swords and guns, but you can use plasma guns, giant hammers, and other weapons too. Even sledgehammers and bear traps are possible weapons. The longer your combo chain, the more DP points you earn. You can use DP points to upgrade weapons and purchase new ones. However, not many of these options make a noticeable difference on gameplay. You’re also equipped with a teleportation device that’s helpful for dodging attacks and escaping.

The teleport button appears over an enemy’s head, just like the combo button. This makes it difficult sometimes to click the correct button resulting in the wrong move. You may find yourself accidentally teleporting when you meant to hit a combo. Another issue you should be aware of is teleporting in tight spaces is sometimes disorienting. You may lose track of where the opponents are in relation to you.

The lock-on targeting button for gunplay is frustrating sometimes too. Every once in a while, selecting lock-on targeting locks on to a spot just to the side of your opponent. This results in time wasted having to retarget. Fortunately, it doesn’t happen often.

Some gamers criticized the gameplay with a few going as far as saying the developers slacked on that aspect of the game. It might lead one to believe they were working with a smaller budget. However, Deadpool had one of the largest budgets in video game history at $100 million. It was also created using Epic Games’ Unreal Engine 3 technology. This technology powered Transformers: Fall of Cybertron. 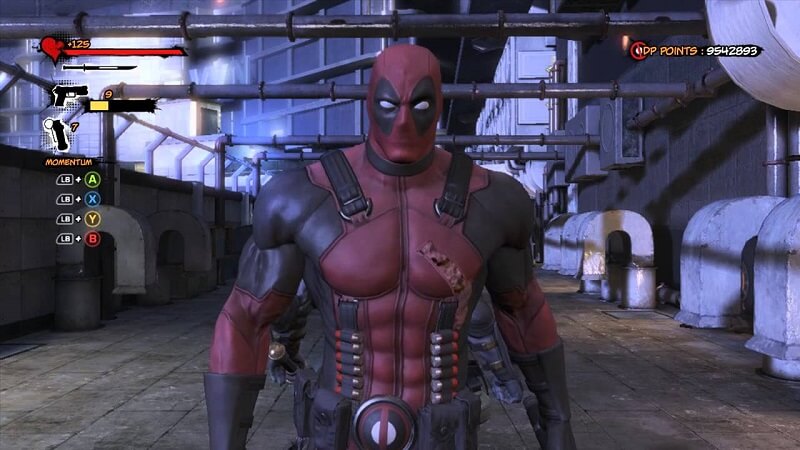 As NZGamer said on Metacritics, “High Moon Studios have injected just the right amount of crazy into this game and fans of the comics will latch onto it immediately. Others, however, might need to prepare themselves for one of the maddest gaming experiences they’ve ever encountered.”

Combat is enjoyable for those who like bloody fights. You can carry three melee weapons, four thrown items, and four guns. We had fun experimenting with different combos like knocking an enemy into the air with our sword and finishing him off with a gunshot. Deadpool is one of the more violent characters, so heads mist and body parts fly during combat.

Another downside of Deadpool is you can’t swap weapons mid-combo. Some games in this genre have that feature. If you’ve played a game that allows swapping weapons mid-combo, you may miss that ability. Greater variety in enemies would have been nice for this game too. The new enemies that do arrive can usually be killed via the same strategies. We would prefer if we had to challenge our thinking to kill these enemies in new ways. Boss fights fall short in Deadpool as well. They don’t present as much as a challenge and variety as they should. 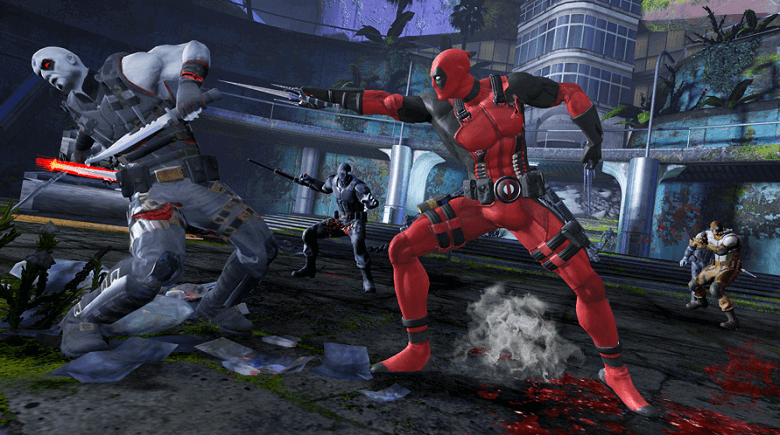 The minimum system requirements for playing Deadpool on Microsoft Windows include 2 GB of RAM and 7 GB of HDD space. You’ll need at least Windows XP to run the game. You should have at least a GeForce 8800 GTS Nvidia graphics card and a Radeon HD 4850 AMD card. A PC also needs a minimum of Core 2 Duo E8200 2.66GHz and Phenom 8750 Triple-Core. Although you can play Deadpool with these specs, the game runs better if your PC meets the following recommended requirements:

Our Deadpool game review ends on a positive note. The fact this game is different from most is what makes it good. Deadpool is a crazy character, so the zaniness of the game fits perfectly. If it wasn’t a wild ride, it wouldn’t be the Deadpool comic book fans know and love. For those who value gameplay more than the plot, they might become frustrated with the repetitive gameplay. If you enjoy a good storyline more than gameplay, then it’ll be a blast from start to finish.

Have you played this game yet? Share your own Deadpool game review in the comments below.