Virtual reality’s first attempt with the public was back in 1896, when the French movie “L’arivee d’un train en gare de la Ciotat” was such a powerful experience that people watching it started fleeing before it. There isn’t anything that managed to arouse quite the same reaction since then, apart from virtual reality of course, which may provide its user with an incredibly immersive experience.

VR Technology is still at its infancy, granted, but even so, there is much to be experienced from this upcoming concept. And with so many headsets being produced for the general audience, VR may not be so out of reach as you would have thought.

One of Kickstarter’s most successful projects involved VR technology: the Oculus Rift. That was two years ago. And while the Oculus is still a work in progress, Samsung seems to have gotten the golden ticket as its product, the Samsung Gear VR, is the closest thing to a consumer-ready VR headset on the market. 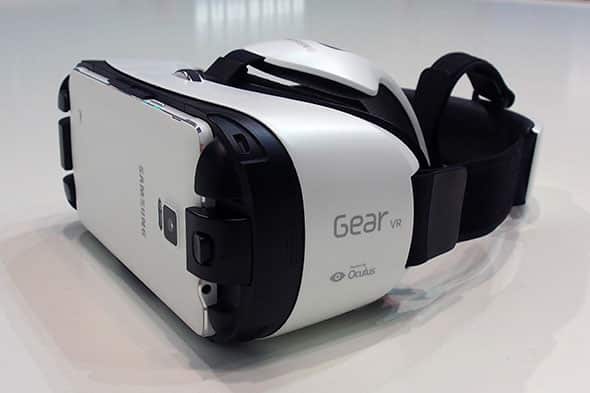 News about the new Samsung Gear VR began emerging in September and it doesn’t seem as if a lot of time has passed since it finally made its entry into the virtual reality market. You can buy this virtual reality headset on Samsung’s website as well as from AT&T for a mere $199.

The headset is comprised of a head-mounted device which uses the Galaxy Note 4 phone/tablet as its display and because of this, it is considered a mobile system. While the Note 4 already has all the necessary sensors, from gyrometer to accelerator and proximity sensor, the headset also has built-in sensors for an improved experience. And never fear: farsighted or nearsighted users aren’t left behind. The Gear VR employs focal adjustment so that your experience is top notch.

Unwrapping your Gear VR is just the first step, however. You will also need to acquire some good apps and games to go with your newly acquired virtual reality headset. 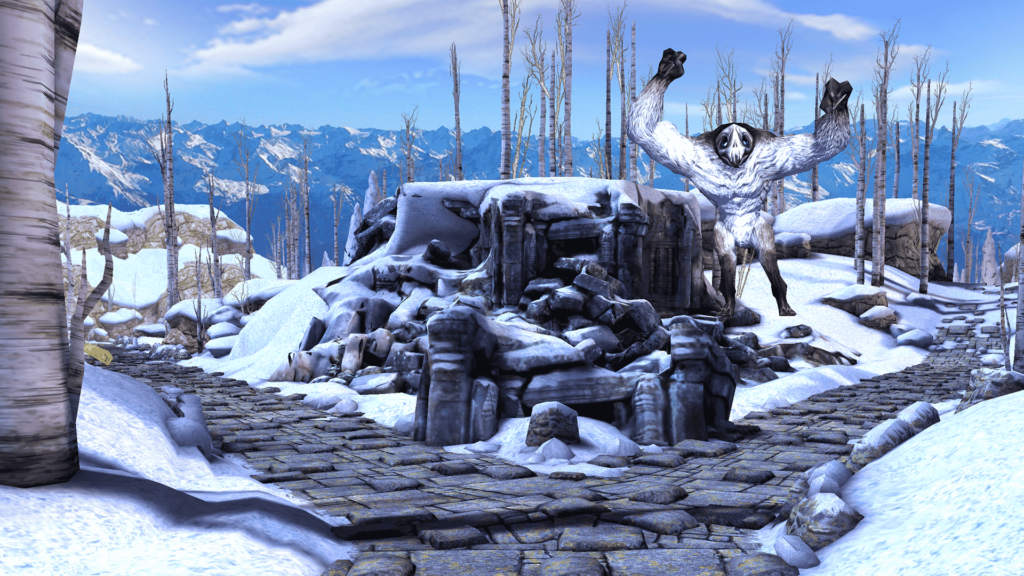 With the Gear VR, it isn’t difficult to come across some genre defining content, especially since Samsung has already provided some mindbending applications to be tried out with its VR headset. Of the Samsung Gear VR games you really need to try out, Temple Run is surely worth a try.

Temple Run is a well-known smartphone game. Its creator, Imangi Studios, has decided to enter the virtual reality games market by producing a new version of the game which can be played on the Gear VR innovator Edition.

The game has its user running inside a Temple after stealing an ancient idol. An epic marathon then follows over arctic mountaintops in an attempt to escape the Demon Monkeys. And while the story itself doesn’t differ much from the original Temple Run, the experience will surely do. A user will have a 1st person view of the mountaintops he is running over as well as the frosty bridges he is crossing. 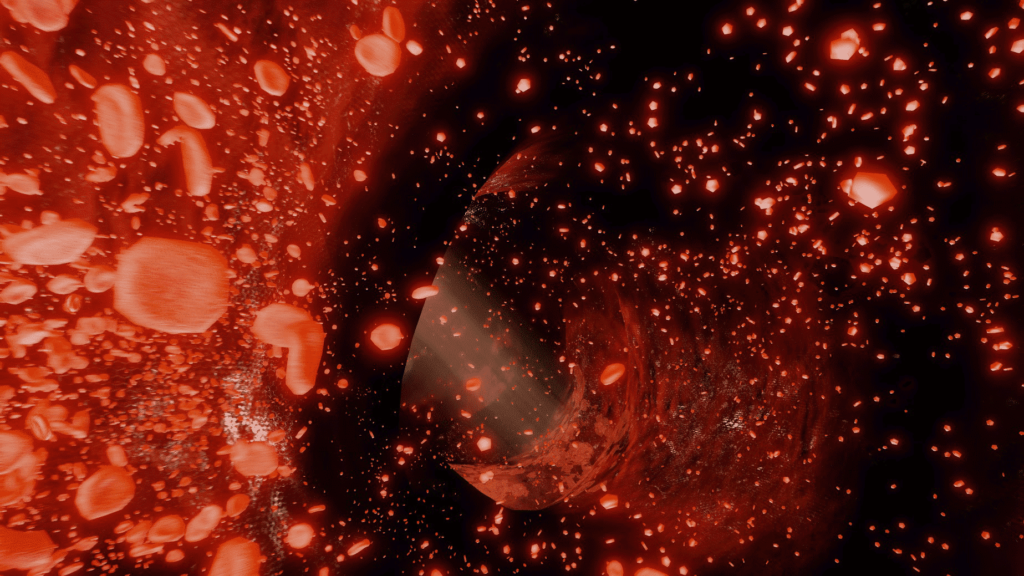 Nanotechnology is jut at its infancy in the real world, so why not merge two similar technologies in a virtual reality game meant to thrill your senses? The Fifth Sleep allows its players to take the journey of a lifetime to one of the body’s most mysterious places: the brain.

According to the game’s setting, you are partaking in an experimental project aimed at testing “Proteus”, a cutting-edge nanorobot camera which is injected inside the human body. And while going along for the ride along veins and near a plethora of blood cells is an amazing experience in itself, the unusual journey takes the player through never-before-seen landscapes.

The aim of the game is to help a patient come out of his coma, however, you soon realize that he has something else in store. Consequently, you become part of a breathtaking journey through the person’s world, life and dreams. 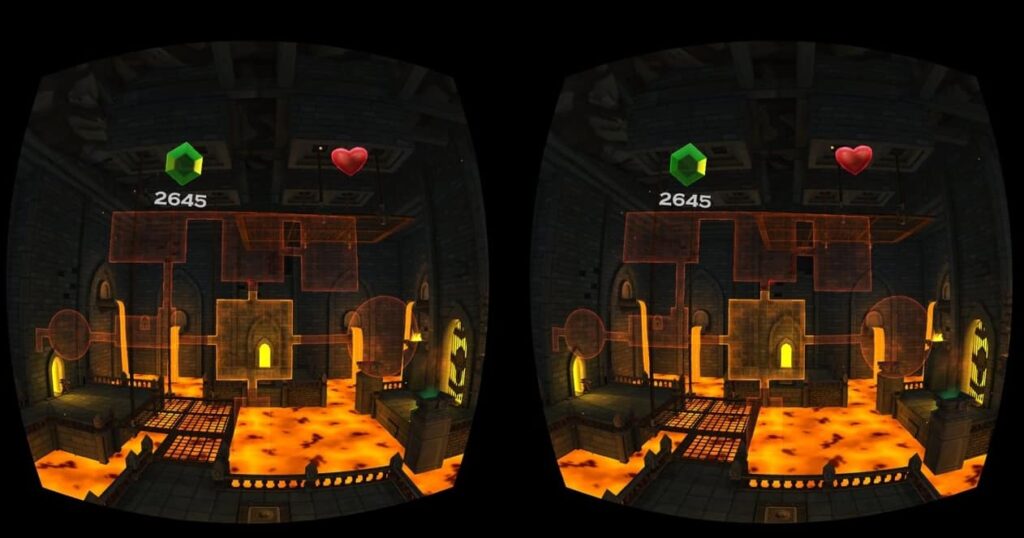 Oculus didn’t just team up with Samsung when it came to designing the Gear VR. It also started producing VR games, such as Herobound. This Zelda-like third person game is as close as it gets to real VR gaming with the Gear VR. By using Bluetooth controllers (whichever is available, Samsung does not have its own controller), the user is able to run around dungeons and fight off tiny monsters with his or her swashbuckling hero.

Max Cohen, Oculus VR’s head of Mobile, explains that there are a lot of things in store for the third-person dungeon crawler. Perhaps, in the future, additional dungeons could be unlocked. While the game is free now, in-app purchases may make it possible for further levels to be unlocked as users go along. 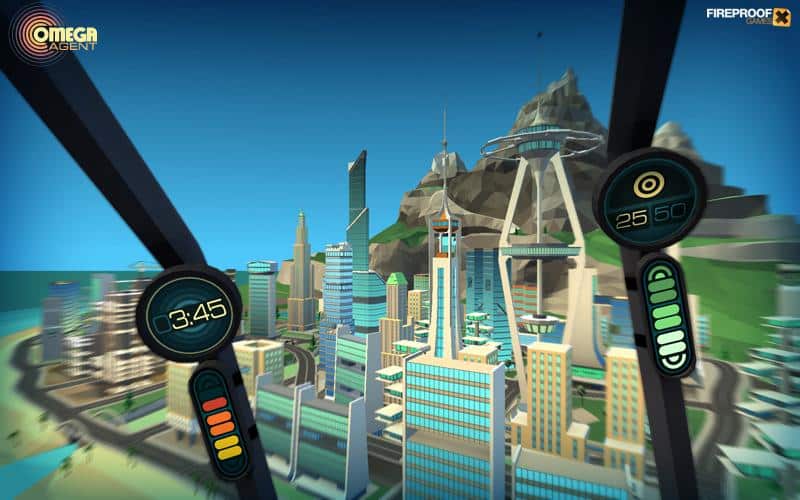 If you ever wanted to become an elite spy, now would be the time to do so, by playing Omega Agent, a VR game downloadable for the Gear VR. The story is set at a training facility located on a remote island where cold-war spies take part in daring missions using prototype technology. Flying the jetpack is exceptionally fun, so make sure to try it out. 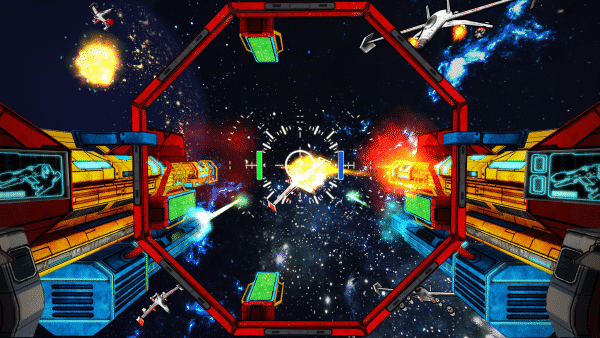 If shooters are your thing, Samsung’s got you covered. With the Gear VR, you can take part in an arcade-like experience where users take part in a one-of-a-kind space shooter.

Since on the topic of space shooters, why not gun for Anshar Wars? This neat VR game allows the user to control a space ship by moving your head. Bluetooth controllers are also used to fire missiles, although the headset’s touchpad can also be used. While innovation isn’t particularly the operative word when it comes to Anshar Wars, the game is an awesome experience and well worth an afternoon spent shooting down enemy ships. 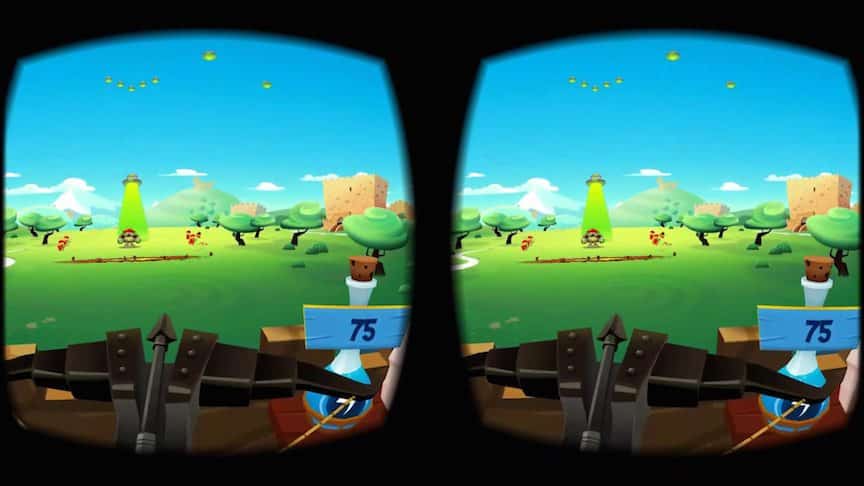 Who doesn’t enjoy a bit of history mixed in with the game he or she is playing? “Romans” has the perfect mix of history, gameplay and story. You and your crossbow are the last thing standing between Mars, the god of war, and Earth, which he is attempting to overrun. As luck would have it, other Roman gods would intervene on your behalf, granting your Roman soldier elemental powers of Lightning, earth, Ice and fire. Good luck holding the line! 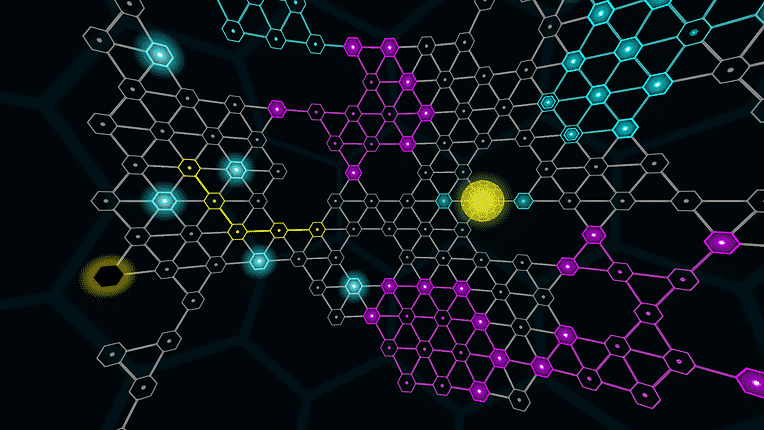 Inspired by cyberpunk fiction (the likes of Neuromancer, the Lawnmower Man or Ghost in the Shell), Darknet is a strategy hacking VR game which allows it user to become a Hollywood hacker. This Ciess successor has significantly improved on its user’s experience. Users are basically immersed inside cyberspace and attempt to enter “nodes” in the network so as to hack the network and access resources and data. The carefully constructed mayhem then works to the user’s favor as he receives money and continues on hacking “nodes”.

Music has never been something experienced visually, and after all, how would it? Virtual reality technology comes to contradict that claim by releasing Harmonix Music VR. Allow yourself to enter a music-driven dreamscape where tunes can be experienced like never before. The app’s creator employs “Music Analysis Engine technology” so as to immerse its user in song-specific, breathtakingly high-res event sequences. It’s truly something that must be experienced. 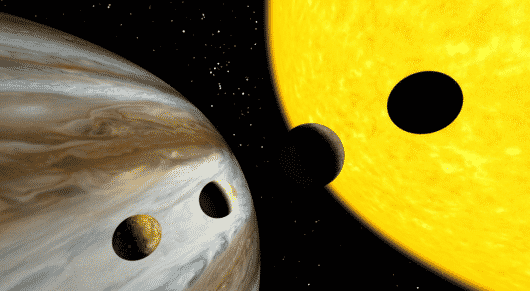 While not exactly a game, Titans of Space is well worth a place on our list. Virtual reality technology is amazing at giving a viewer a sense of the incomprehensible and solar system objects are the perfect way to start.

You can auto-pilot around the planets and beyond them, looking at the planets, moons or asteroids (which, admittedly, still need some effort). It’s the sense of scale that is remarkable, with massive stars looming and circling moons revealing their secrets. 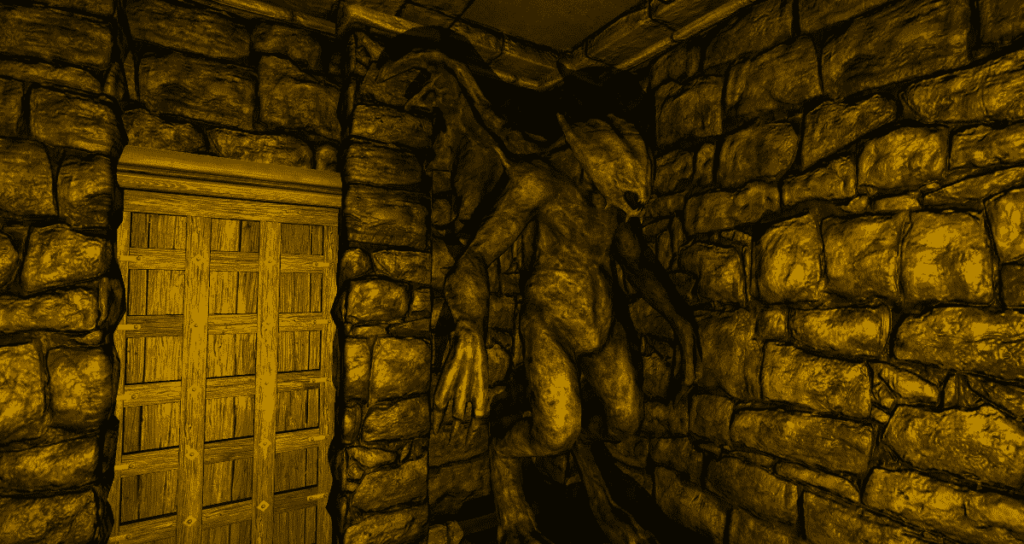 Virtual reality excels at first-person experiences and the Samsung Gear VR is well-equipped to offer its users an unforgettable experience. Dreadhall has Gear VR wearers walking through scary dungeons, attempting to pick locks and open doors while ensuring that their lamps are still on.

The game is genuinely scary, particularly because the game makes players wait long periods of time before being attacked. It’s then that they flee, heart pumping and genuinely terrified. 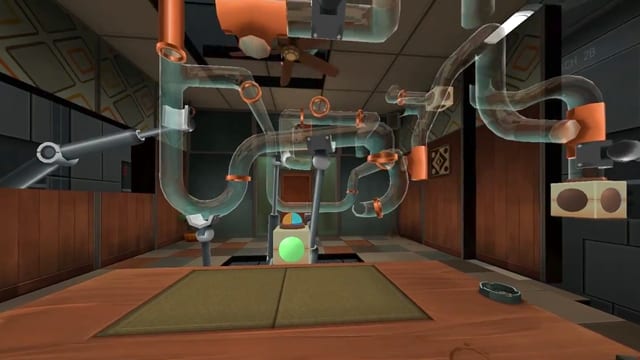 VR isn’t just shooters and first-person dungeon crawlers. Puzzle games are just as enjoyable and Esper, although only a demo, is one of the major contenders when it comes to showcasing the potential that VR has. “Telepathic” powers allow the player to move puzzle pieces around while also enjoying a somewhat 70’s vibe coupled with playful dialogue. 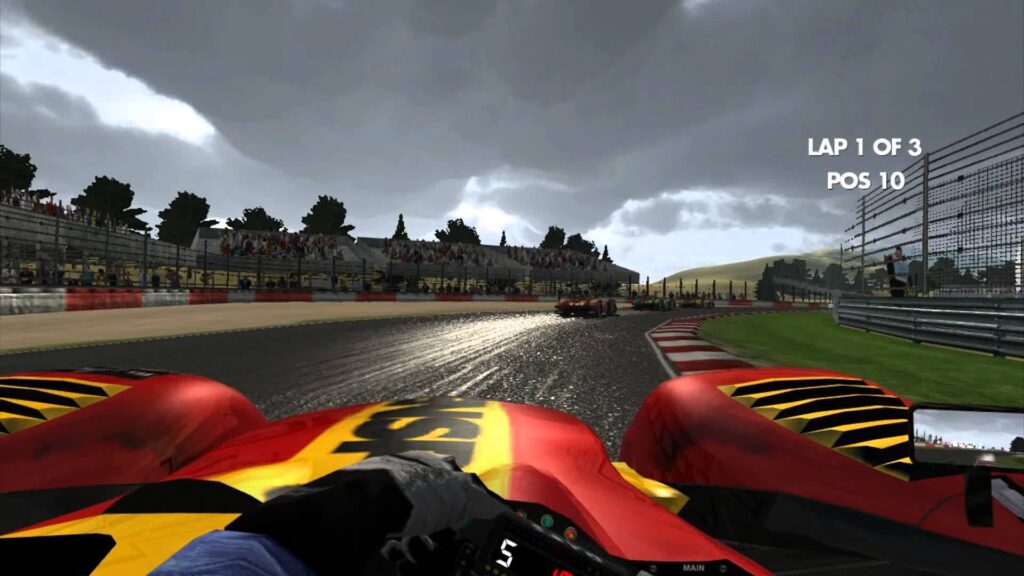 If you or your son are speed enthusiasts, Motorsport Revolution is the answer for you. After all, who doesn’t want to go racing while in an 100% risk free situation? This physics-based racing game is inspired by console classics such as RalliSport Challenge, Le Mans Series or Forza.

As this is considered one of the most challenging racing class sports, the creators of Motorsport Revolution attempted to produce an immersive racing experience where production-class race cars are tested on the planet’s most difficult tracks. 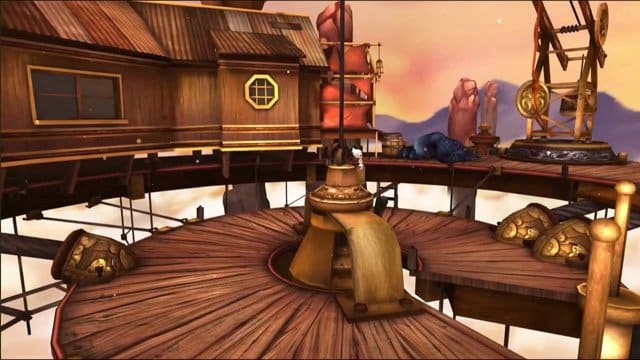 The game’s rich visuals are surely inviting, however, they are not the game’s only attraction. Trumpet’s Call invites players to travel through portals and sneak behind enemies so as to destroy the dark forces while embarking on an unparalleled quest with fantastic creatures. 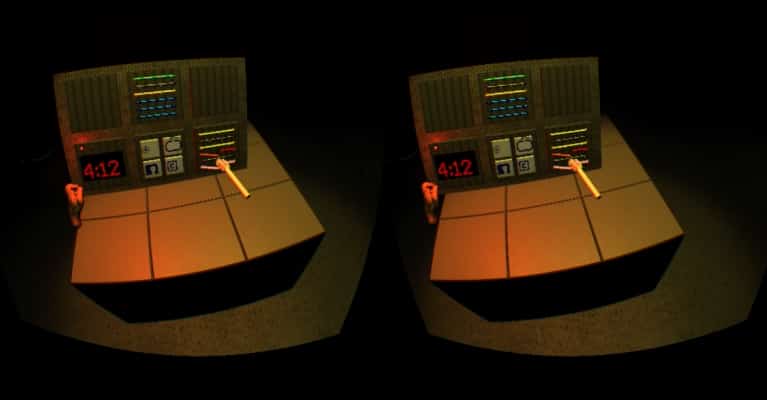 In a somewhat ridiculous game, the player of this VR game has to ensure that a bomb diffused by communicating with his or her friends in the real world. These friends, although clueless as to the appearance of the bomb, are the experts. This co-operative virtual reality game attempts to engage your audience in the actual gameplay and will become a worthy contender to your Thursday-night Monopoly-reigned get-together.

If one thing is clear is that the Gear VR already has a plethora of games and apps to choose from. Yet these aren’t the only things you can do with your virtual reality headset. From watching film trailers from, say, the moon, to becoming a character in a film trailer, virtual reality software has come a long way and is being perfected as we speak.

This is the beauty of virtual reality: being able to be taken from your comfortable yet mundane surroundings to completely surreal worlds, flying over the ocean or being suspended underneath a helicopter. All this in the safety of your beloved armchair.

So the next time you want to partake in an ultimate shooting battle or, by all means, be on stage with Paul McCartney, just grab hold of your Samsung Gear VR and spend a well-earned afternoon of bliss. If you’d rather play on a different VR device make sure you take a look at the Latest Virtual & Augmented Reality Devices.