Microsoft’s Augmented Reality device, the HoloLens V1 Developer Edition, will be available in 2016 for developers.

The V1 will mainly be focused for developers, and enterprises – AR enthusiasts will have to wait a little bit longer. In a recent interview for BBC, CEO Satya Nadella noted that this is a five year journey that they are embarking on. We are miles away from the end of the journey, and we don’t expect an Amazon pre-order page to see the light of day in 2016.

Satya Nadella lowered the expectations of fans across the world when he said that the HoloLens V1 Developer Edition won’t be a gaming system, but instead, it will try to please enterprises. This isn’t to say that Microsoft won’t focus on gaming, and they will adopt a dual-use strategy, or even a multi-focus one.

In the past couple of years, Microsoft has shifted its focus towards enterprises, and it has been bridging a way for consumers even though they aren’t their target demo. Google is also following this path with their next gen Google Glass. They are aiming the G-Glass at businesses, with a consumer release slated sometime after it proves to be a success in the enterprise market.

But Microsoft’s HoloLens won’t have the same fate as the Glass. Mainly because there isn’t a consumer backlash just ready to take place, like the whole NSA paranoia that coincided with the Glass release.

It’s not uncommon for developers to be the first ones to tackle a new virtual reality, or augmented reality device. The Vive, and Oculus Rift followed the same path, and they’ve seen some pretty great days. Giving a chance to developers to meddle with your device is the perfect option to pave a way for a ton of apps, and games ready for release date.

It’s unknown at the moment if the HoloLens V1 Developer Edition will come packed with Minecraft AR, or even if Notch’s game will be testable, not to mention playable.

Microsoft’s HoloLens has to be the most intriguing project to come out of the big M in years.

What can you do with the HoloLens V1 Developer Edition? 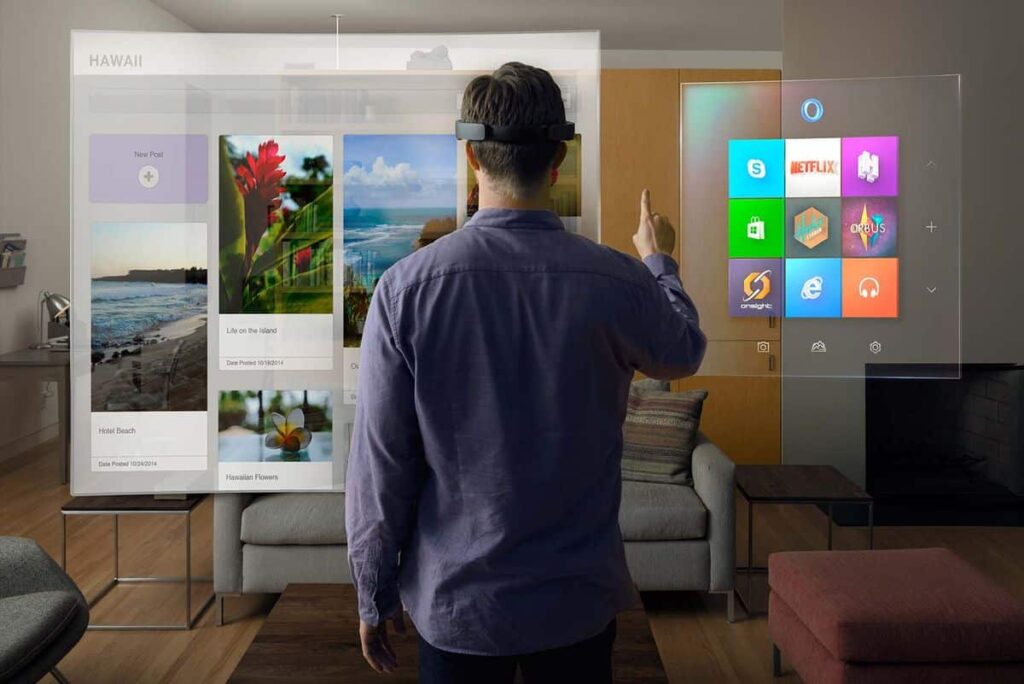 Besides playing Minecraft in real life, Microsoft notes that it will have other uses for enterprises, and consumers.

You have a light to fix, but you don’t know how. You get your HoloLens, and call tech support via Skype. As the one calling the tech company, you’ll be able to see, and hear the other person just as you would using Skype the traditional way. The person on the other line will also be able to hear you, but his, or hers, visibility will be limited to what you’re seeing.

It feels more natural to just pin the window somewhere close to you, and look at said person, rather than follow instructions from a faceless voice on the phone. You don’t even need to learn new gestures, besides the stupidly-simple air tap – which you use to simulate a mouse click. Guess how that works.

The one in charge with technical support, in this case, was able to make real-life annotations on the wall via augmented reality, and users were able to resolve their problems without frying their electrical panel, or themselves. It’s like sending a drawing to someone on how to connect cables to their PC, only this time it will actually be helpful.

When you put it this way, shifting focus towards enterprises doesn’t seem that unappealing, but outsourcing your customer service to third world countries may not be as popular as it is now.

NASA has joined Microsoft in their journey, as a sort of partner. They just got their HoloLens V1 Developer Edition, which they will be using to test out scenarios on Mars, and even on the ISS.

Tom Warren had the opportunity to test out a scenario back in January. He was transported to Mars in augmented reality, and was positively surprised by what Microsoft was able to build, and more importantly, how they built it.

As soon as he was on Mars, Tom bumped into Curiosity, and talked with a NASA engineer who guided him by planting marks towards the place he was supposed to go to. He noted that although it wasn’t that fully immersive, mainly because the field of depth didn’t trick his mind into thinking he was on another planet, just by being in a place where you know for sure you won’t have the chance of visiting in your life-time, sets in a feeling that only great explorers might be accustomed to.

Although the HoloLens V1 Developer Edition won’t be aimed at consumers first, its use in the enterprise market is highly intriguing. Most likely Microsoft will jump on the bandwagon and they will offer some sort of educational service to schools across the US, and even the world. 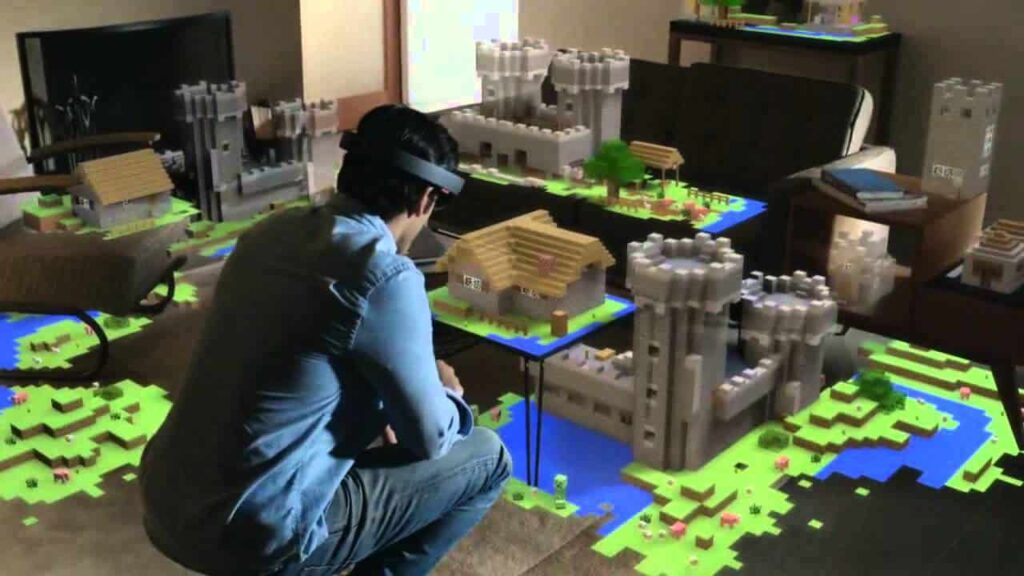 Can you imagine how you would react if by placing an augmented reality device on your head, you were to be transported to The Great Wall of China, the Eiffel Tower, or, let’s say, Petra? Now imagine how a 6 year old will react.

So, to sum up what we’ve been discussing. Microsoft will be aiming their HoloLens V1 Developer Edition at enterprises, they are helping NASA do their job more easily, and their device will most likely be available for students.

With a release date set for sometime in 2016, the developer edition will surely mark the beginning of new era for Microsoft. Fingers crossed, hoping that virtual reality, and augmented reality won’t be a pit for ads to spam your every living moment.