The criteria that these Oculus Rift puzzle games had to meet were the following: first, they had to feature some sort of puzzle-like challenge for the player; second, they needed to be challenging not only in difficulty but for the imagination as well; third, these puzzle games needn’t have to be simply platformer games; first person Oculus Rift games, Rift RPG games, or any other games are more than eligible, in our mind, for this category.

So, now that we’ve gotten this puzzle’s official rules out of the way, let’s get us started:

5 Oculus Rift Puzzles that Will Blow your Mind

Having been in development for about 6 to 7 years before its official launch in 2016, Witness naturally always had VR capabilities. It seems that the developers from Thekla knew how big VR games would be and accordingly planned for VR compatibility ever since the game’s inception.

The Witness is a puzzle adventure game in which the player has to wander around an island in search for small mazes. The 650 puzzles present in the game have very limited instructions. The player must complete puzzle after puzzle after puzzle hoping to get to a broader sense of immersion. The goal of the game was to give the player a complete but progressive gaming experience. An experience that can be further enhanced by playing the game as an Oculus Rift puzzle.

To play the game in VR, Steam users have two options: either download the Steam-VR and try it like that. If that option does not work, then you have to go to game properties, set launch option, and add “-vr.” After that’s done, launch the game and don’t forget that the mouse will stop working. 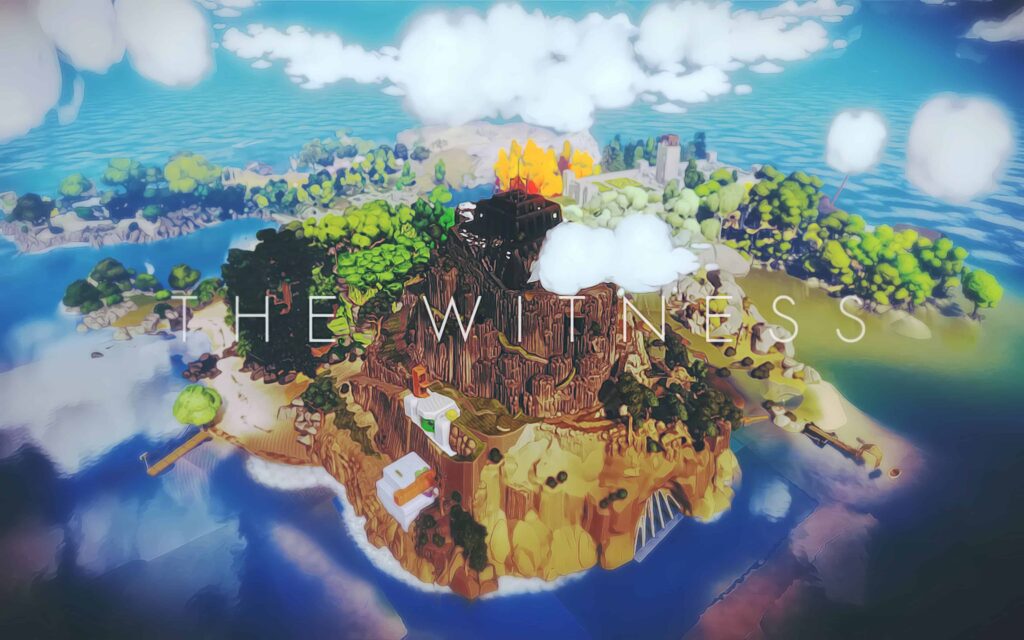 This little virtual reality game for Oculus Rift has a really nice concept behind it. Basically, you take control of a small lander and try to accomplish mission objectives on strange new worlds where the gravity is as wacky as the landscape. Needless to say, it’s one of the more difficult and silly Oculus Rif puzzles.

While this game is available in VR, it can also be played on a normal LCD screen, so if you are really excited by the prospect of flying a curiosity-like rover in an effort to land it on a very odd planet, then you can do this in virtual reality. 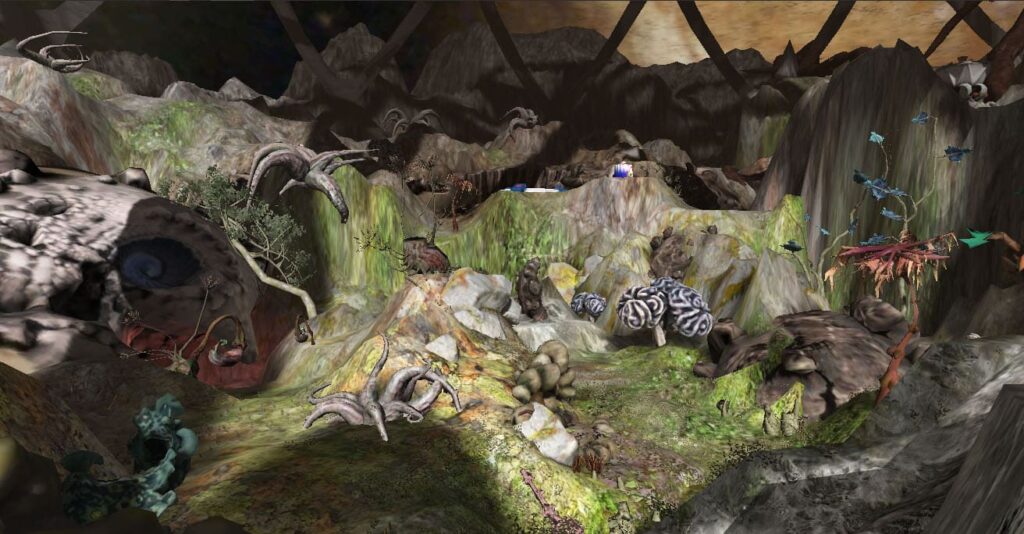 This game has taken the virtual reality enthusiasts by storm. That’s because it’s no simple virtual reality puzzle game, it’s one that can only be played in co-op. The scope of this game is for one of the players to use an instruction manual in order to guide the other player through virtual reality. Keeping in line with what the title says, you will have to keep talking so none of you explodes.

The concept behind this game is revolutionary because it represents a way in which VR games for oculus rift can be used to socialize. In case you haven’t guessed it yet, this Oculus Rift puzzle game is really fun to play at parties. The idea is that the instructions manual is overly complicated and has a lot of entries that don’t make sense. The one reading the manual must walk the other player through defusing an overly-complicated mechanism on a bomb.

Depending on what the players do, the bomb may either be defused or speed up. 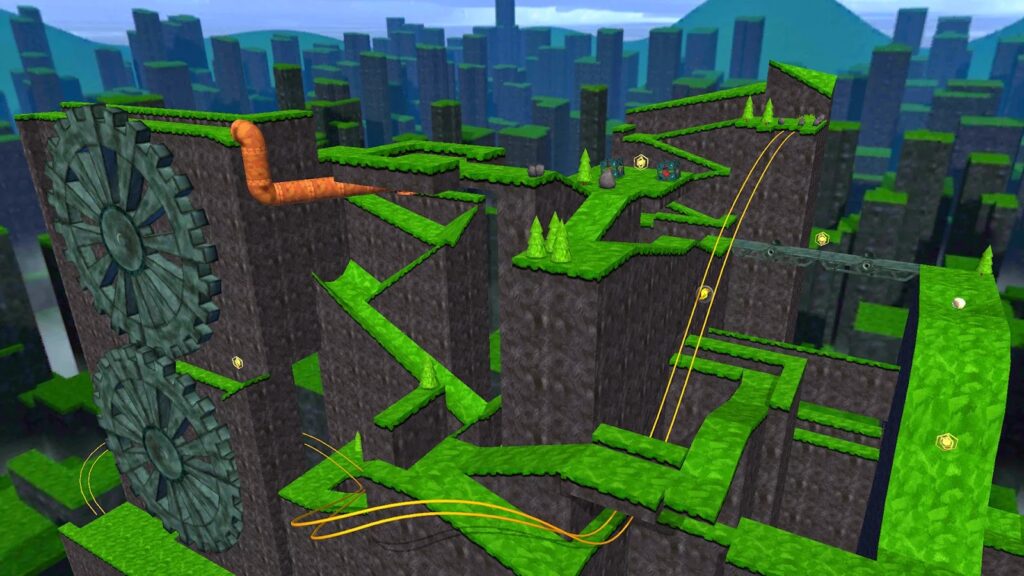 Marble Mountain is another amazing Oculus Rift puzzle game. For this one, you control a marble ball around mountain trails specifically designed to bring you from point A to point B. Although the concept of the game is already really interesting, it’s even more fascinating that you can do this in virtual reality. On a typical flat screen, your balance would probably be very off and you would end up falling more than you would want.

However, in virtual reality, this problem is eliminated. Just like with all other virtual reality games, you now get a much better sense of perception as to your surroundings. This gives for a much more authentic experience as the immersion levels are incredible. The mountain environment in the game gives the impression of a Minecraft-like world, making the game even more interesting for those who like that particular RPG. 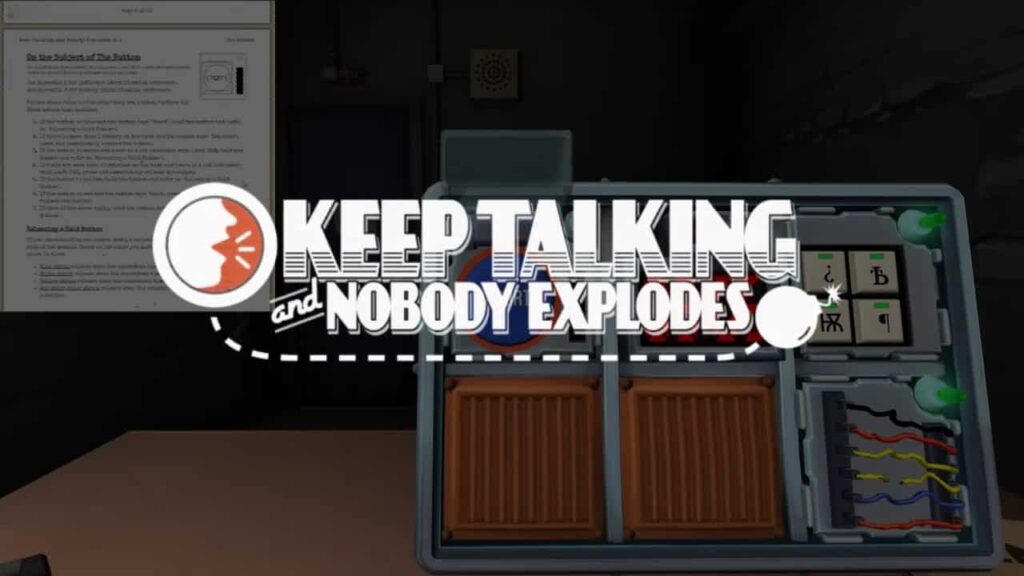 The thing that puts this game at the top of our list is that it’s not just one of the typical Oculus Rift puzzles. It’s a first person psychological game set in space. The premise of the game is that the JFK assassination failed, prompting (for whatever reason) a union between NASA and the Soviet space program. The program resulted in a Moon base being constructed.

You are an engineer who is about to get a job on another lunar base. This time, on Saturn’s moon Titan, you will be joining a team of researchers with the sole purpose of expanding human space exploration. Now imagine doing this in virtual reality. I know! We’re super excited just seeing the trailers to the alpha version of this game.

The biggest part of this game will have you looking for clues as to what happened to the research team that simply isn’t there when you arrive. Although it’s not a horror video game per se, it’s still definitely a thriller and a puzzle game for oculus rift. Take a look at the early footage from the game and let us know what you think:

What do you think of these games? Which one are you most excited for? We are anxiously waiting to hear your opinion so leave us a comment about these Oculus Rift puzzles.