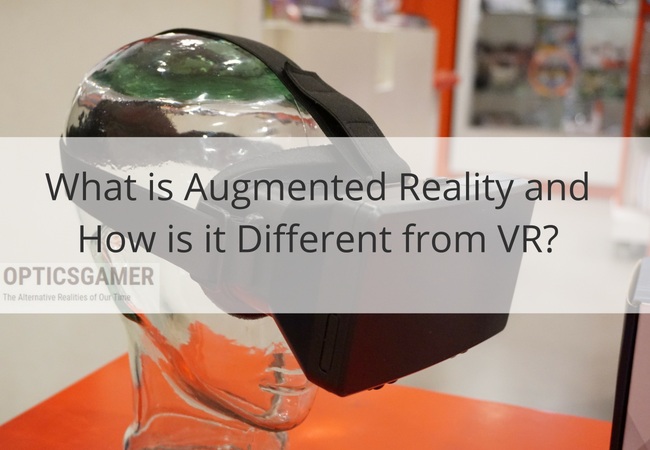 Augmented reality is closely related to virtual reality, but it has a real-world connection that VR lacks. AR technology augments a real image and superimposes it on your computer, phone or tablet. AR is used in GPS and video games like Pokemon Go. Tech companies are also working on medical applications for AR.

You’ve probably heard of virtual reality, but what is an augmented reality? This type of digital app is more widely used than VR and has many more practical applications that are currently in use by the general public.

Augmented reality is what the term implies. A computer-generated image is superimposed or combined with a view of the real world on your phone or tablet.

Virtual reality is a 100% artificial world created by computers. You can interact with the images, but the images themselves aren’t established or created in tandem with real-world images, as they are in augmented reality.

Augmented reality expands on real-life by putting data on top of it, or using data or images from the physical world and combining it with digital information. You use augmented reality every day if you have a Smartphone.

Some popular examples include Pokemon Go, Snapchat, and GPS with its markers layered on videos of the physical world. Argon4 and other AR browsers combine computer images and the real world.

When you point your camera at a specific area, like a park or building, an augmented reality browser adds text with information about the location to the screen. 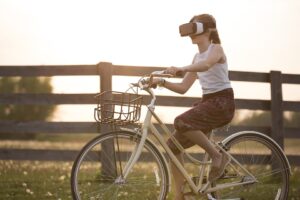 There are several types of augmented reality systems, and they are being refined daily by engineers. Today’s cutting-edge AR apps may be passé by the end of the year, so check your Apple, Google or Android stores for the latest releases.

Marker-based AR is sometimes referred to as recognition-based AR. It operates

When the camera on the tablet or phone you’re using focuses on your surroundings and keys in on a specific “marker.”

Markerless augmented reality uses the natural components of the environment instead of identifying markers. Some AR systems can extract information about the environments in comes in contact with and store that data to be used later. The markerless systems in Smartphones use the device’s GPS to locate and work with the AR source.

This type of AR replaces an object, or parts of the object, with an augmented picture by using object recognition. A doctor who superimposes the X-ray of a patient’s broken leg on top of a real-life image offers a more accurate view of where the bone is damaged and how to treat it.

A military video game that provides night vision or infrared view for your soldier is another example of superimposition-based augmented reality.

This augmented reality process projects images on objects in the physical world. It may project a dialer or keyboard on your desk. This AR may also be non-interactive, and project an image of a sofa in your living room to show you how it will look in the corner of the room.

Any discussion of what is augmented reality and how it differs from virtual reality can be clarified by examples of AR in everyday life.  When you go to the store, buy online or use certain Smartphone apps, chances are you’re using AR instead of VR or another reality technology.

Augmented reality applications are used by retailers to help customers decide what products will work best for their needs. For example, Ikea has an app that helps you determine if a table or dining room set will look good in your house. Converse has a sampler app that lets you try on shoes by pointing your phone at your foot.

Shiseido has an in-store app that takes an image of a customer’s face and allows them to see what different blushers, eyeshadow colors, and foundations will look like on their skin. Burberry Beauty offers a similar in-store app.

Repairing your car at home, or even figuring out what parts to buy for it, can be almost impossible. Several demo AR programs help you locate the areas of your car that you (or your mechanic) needs to fix. BMW offers augmented reality glasses for its engineers and technicians, though someday the app may be commercially available.

GPS is so commonplace it’s hard to even get in your car without it. You still need to take your eyes off the road for a few seconds to check the map on your dashboard, which can be annoying or even dangerous. Mishor 3D is currently testing a turn-by-turn navigation system that may solve this problem.

A few companies are currently working on 3D navigation apps for pedestrians, including Blippar. The AR City app for iPhone users is in Beta stage and shows nearby points of interest and where to walk to get to your desired location.

Medical trainees can practice operations in a controlled space using augmented reality. For the reason that AR helps experienced surgeons through procedures by heightening the senses to prevent surgical mistakes.  X-Rays and MRIs can be used along with AR to provide one view of all information for the surgeon.

Augmented reality is often used in neurosurgery. Images of the brain in 3D are placed on top of the view of the patient’s physical anatomy. Your brain is fixed in comparison to other body parts, and the doctor can locate the right coordinates using 3D imaging.

However, brain tissue may still move during surgery, and this can affect the exact position needed for surgery.

AR is used for video games, just like virtual reality. Many of the AR games now available are geolocation games. As a result, the geolocation-based game uses maps and real-life locations and adds fictional creations and plots to create an exciting game.

You use the GPS on your Smartphone to move around the location or general area to complete specified tasks. The free app, Pokemon Go, is the most popular example of geolocation AR.

Other popular AR games include:

Finally, another free geolocation game like Pokemon Go, WallaMe offers socially-oriented interactions that allow people to leave secret messages to each other. You take a photo of a physical location (a door, street, etc.), and draw or add text or photos over it.

Use this free sports-based AR game when you walk or jog. You’ll be the game protagonist called “Player 5” and complete missions through a zombie-plagued city. Listen to narrations and music on your headphones to find out what to do.

You’ll find items and run from zombies, which will make your morning walk or jog more interesting. There are several seasons of Zombies, Run! Available to keep you engaged during many running sessions.

Geocaching is the world’s most popular treasuring hunting game. It’s been around for years and was originally played by using a desktop computer. Now you can download it for your phone for free.

While, the app will tell you where to find a geocache as a result, The item may be hidden next door or under a rock in a nearby forest preserve – or just about anywhere. Once you find the geocache, login and hide it for the next player to find.

You can play this table game by yourself or with others. You play the game on your Smartphone, but your floor, at the top of your desk, or table is the actual battlefield. Place the marker on your floor, table or another physical surface, train your phone’s camera on it and play.

The free, second version of Defender has better graphics, more enemies, and a multiplayer option. Turn your floor into a battlefield and fight the bad guys with your friends and family.

Therefore If you are interested in playing augmented reality video games, search for the titles above or similar games on your iPhone or Android. Most games are free, or only a dollar or two to purchase.

A Brief History of AR

Augmented reality was first used by the U.S. Air Force around 1992, a few years after virtual reality first appeared in the lexicon. Also, The first military AR systems guided certain machines to perform tasks from a remote location.

By 1998, AR made its first appearance on television, with a virtual yellow first-down marker used on a football broadcast. In 2014, Google announced the first version of a wearable AR device called Google Glass.

As a result, you can tell, the answer to what is augmented reality has changed substantially over the last 20 years. Now you can enjoy AR on your phone for entertainment, or use it while shopping for furniture, clothes or cosmetics.

The new practical developments for AR may be commonplace in operating rooms shortly, and help save many lives. A technology that was once reserved just for entertainment is well on its way to serving more practical uses as well. What do you think the  Future of Virtual Reality?