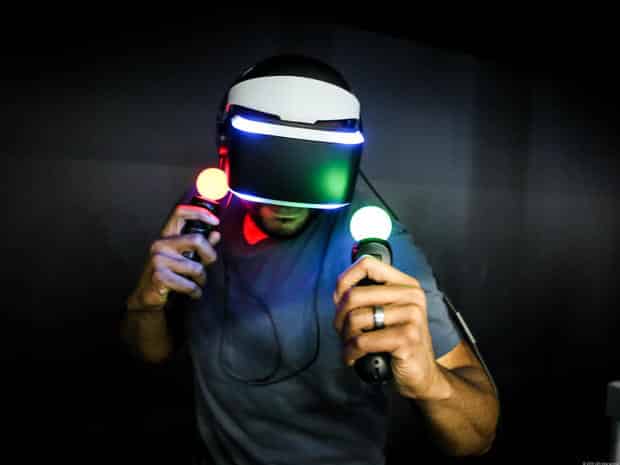 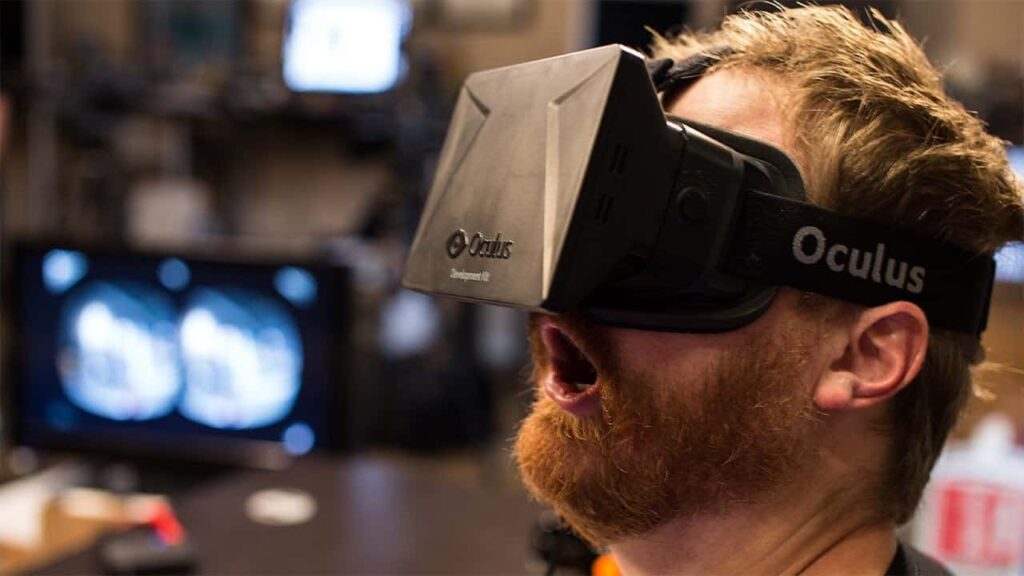 Virtual reality seems to be the next big thing on everyone’s minds recently. Oculus Rift is pretty much responsible for this recent hype in the virtual reality market and the company was bought by Facebook for $2 billion.

But Sony also has an ace up its sleeve and the company presented their own take on virtual reality called Project Morpheus that will immerse players into a 3D game world.

But these two devices aren’t the first ones to gamble in the virtual reality world. This kind of gaming technology was tested years ago and it paved the path for newer, more powerful devices. That being said, let’s take a look at a brief history of virtual reality in gaming.

The 3D glasses for the Sega Master System came out back in the 80s and it was a flickering headset that gave the illusion of 3D inside your own home.

Compared to the 3D we’ve seen nowadays, Sega’s headset was primitive but it did create a distinctive effect in games such as Missile Defense, Zaxxon 3D, Maze Hunter and Space Harrier. 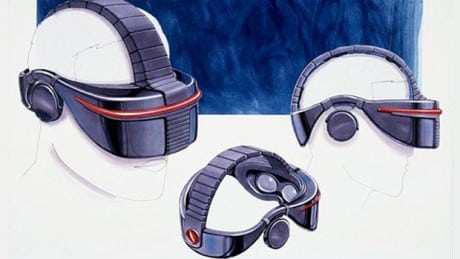 Even though the virtual reality headset from Sega didn’t sell so well, Sony brought back the 3D trend when it came up with a more relaxed model of VR with certain games on its PlayStation 3, such as the Ico and Shadow of the Colossus Collection, Sly Cooper: Thieves in Time and Killzone 3. 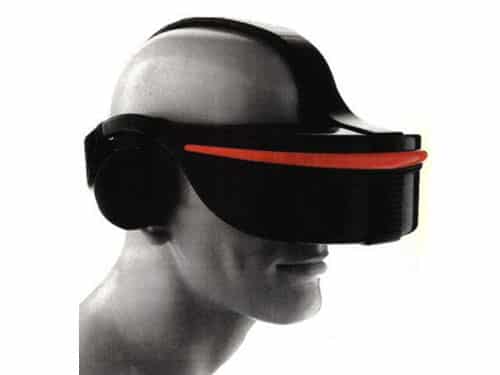 Nintendo tried in 1995 to make its own virtual reality gaming system and it came up with the Virtual Boy, a red and black 3D headset. The company saw great success with a rental campaign and decided to launch the virtual reality headset with a price of $180. 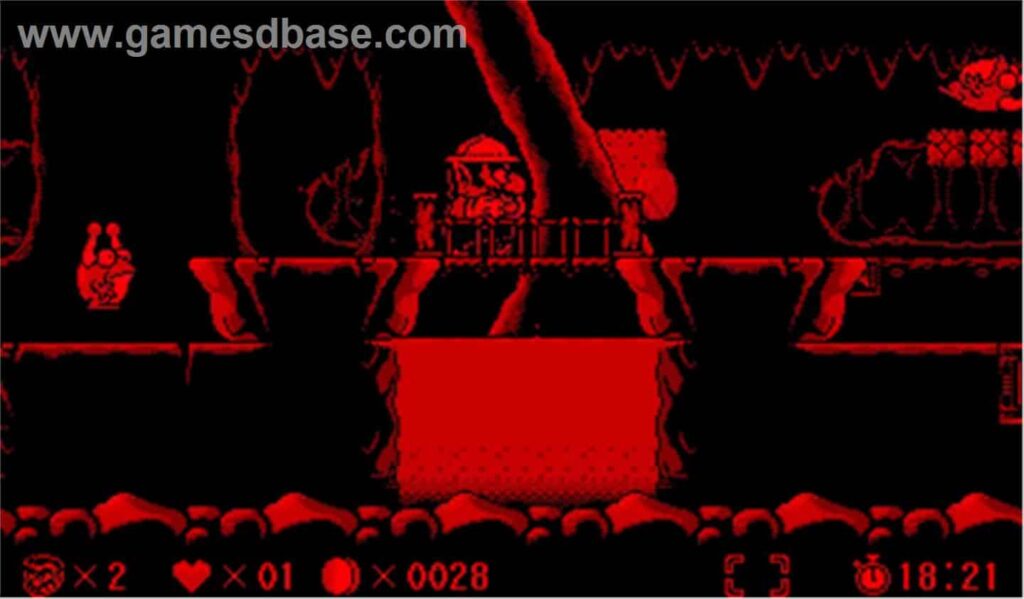 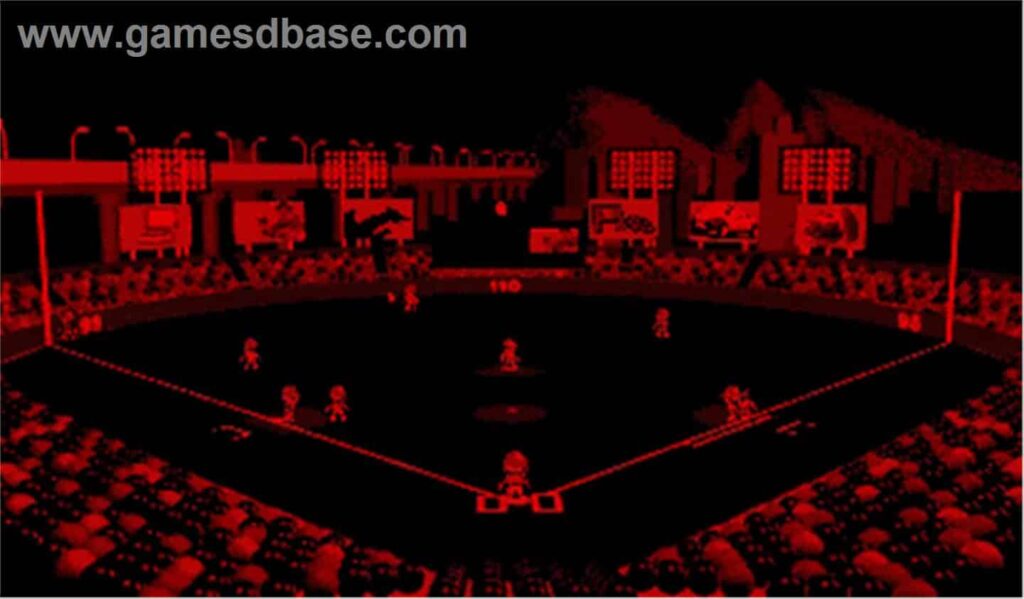 Numerous games were launched for the 3D systems, including Red Alert, Mario’s Tennis and Teleroboxer. The VR gaming system was the first to introduce the Wario Land game, which is still successful on Nintendo’s Virtual Console.

Some gamers did experience nausea while playing on the console (the display was much of the cause for this, as its red and black display was pretty awful for most people) but the Virtual Boy did introduce some great ideas to the table before it was discontinued by Nintendo just a year after it was launched.

The notion of 3D gaming still remained inside the company and Nintendo did eventually make another 3D console, the Nintendo 3DS which was launched in 2011 and was (and still is) a great success. The Nintendo 3DS is not only capable of allowing people to play games in 3D but also features a nifty augmentative reality option. 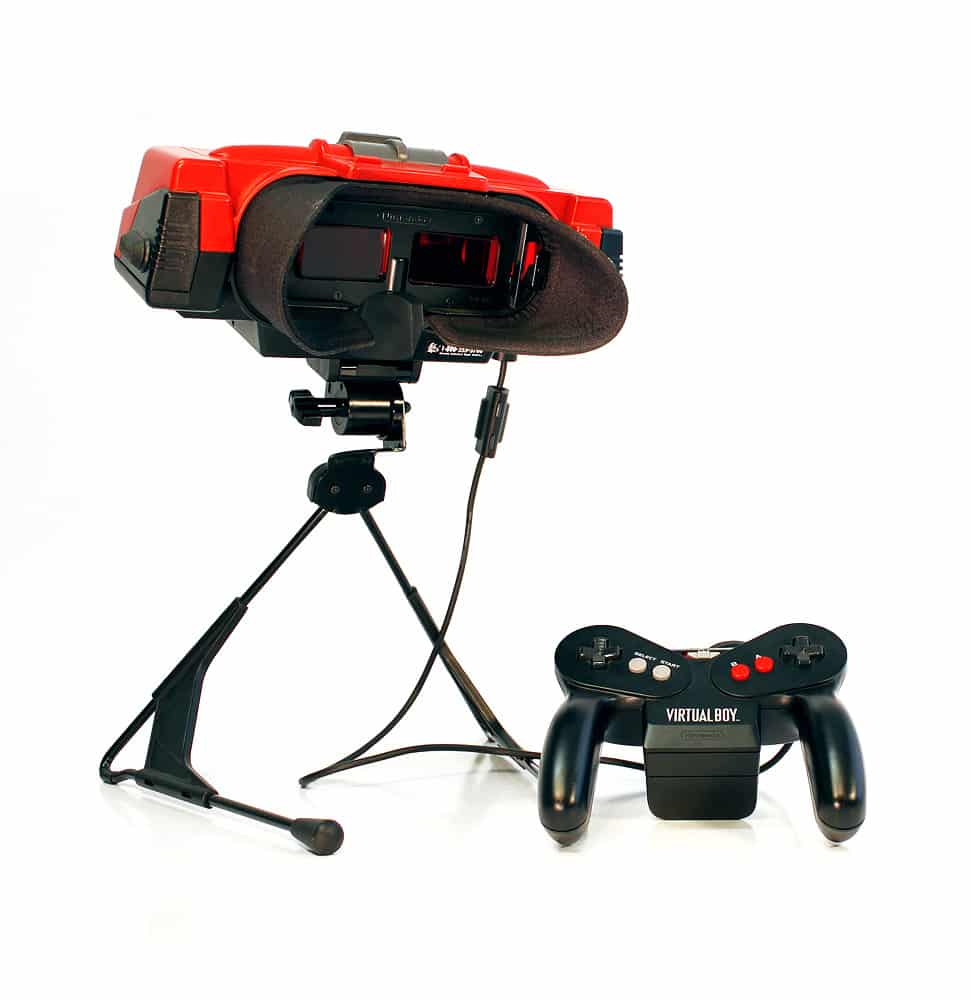 To be fair, Nintendo 3DS isn’t a virtual reality device per se, but it still is a great device and it’s the first (and the only one, at this time) handheld gaming console to feature 3D without the use of glasses. 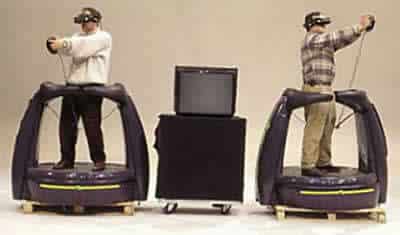 A company named Virtuality Group wanted to introduce gamers to a unique gaming experience in arcades in the 90s. The company released Virtual cabinets that were very huge units in which the players could enter, place virtual reality goggle on their heads and immerse themselves into a 3D polygonal gaming world. 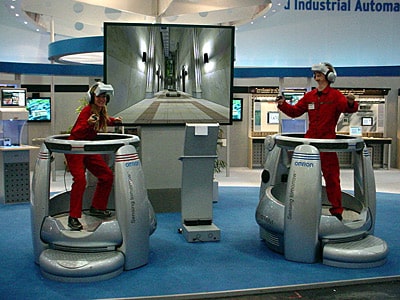 The unit came with numerous games, including Zone Hunter which was a fast paced game and a virtual reality variation of Pac-Man. Virtuality Group eventually tried to bring this experience to a home model in 1998 and they partnered up with Philips Electronics to develop the device.

Even though the device was very advanced for that time and it cost $299, which was a fairly decent price, it sold just around 55,000 units per total.

Some people were really excited about the new gaming technology and it was even a source of inspiration for The Lawnmower Man, a movie based on the short story with the same name written by Stephen King.

Virtual reality began entering headlines once again when the Oculus Rift was developed by the company Oculus VR. The device was born with the help of a Kickstarter campaign and after that, the company started to show its virtual reality headset at several trade events where it was very well received by the public. 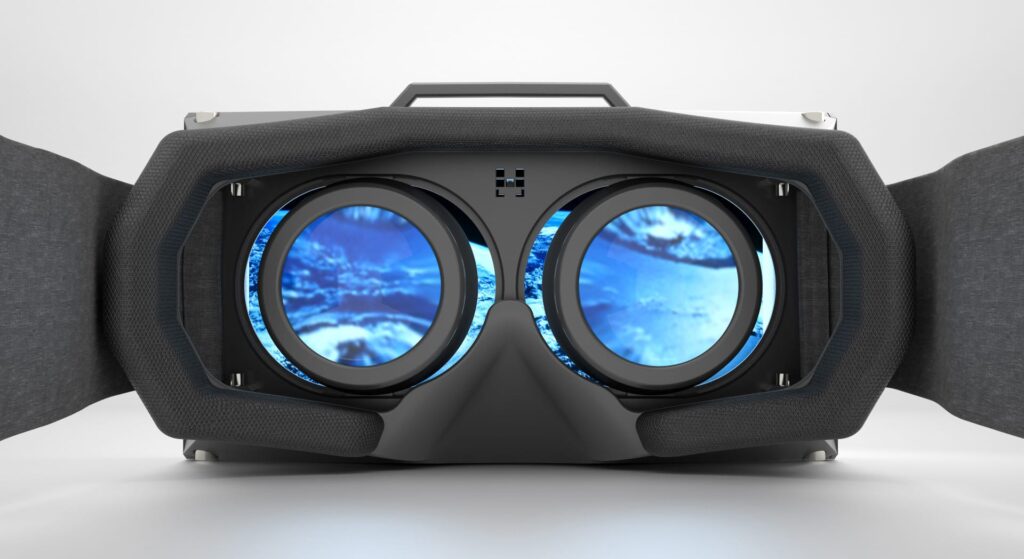 The game library of the Oculus Rift will probably be the one responsible for its success because it makes use of both popular franchises and original games.

Mirror’s Edge, Hawken and Doom 3 are some of the games that were redesigned to benefit from the technology and numerous other game developers started creating their own games such as Dreadhalls, a horror adventure, and a reimagining of the 8 bit original Legend of Zelda.

The Oculus Rift is quite comfortable and this, along with a great 3D effect and a relatively decent price, will most likely make it a huge success.

What’s even more important is that the virtual reality headset has great support now. Facebook bought the Oculus Rift for $2 billion but it plans to let Oculus VR run things. This means that the VR headset will still see the light of day in just a few months, as scheduled by the developers.

Because the company is now backed by Facebook, it’s most likely that the Oculus won’t have any issues finding consumers and making the virtual reality a popular trend again.

Sony is developing its own virtual reality headset. The company first introduced it at the GDC in 2014. Project Morpheus is a very comfortable 3D headset that sits on the player’s head which also makes use of Sony’s PlayStation Move. 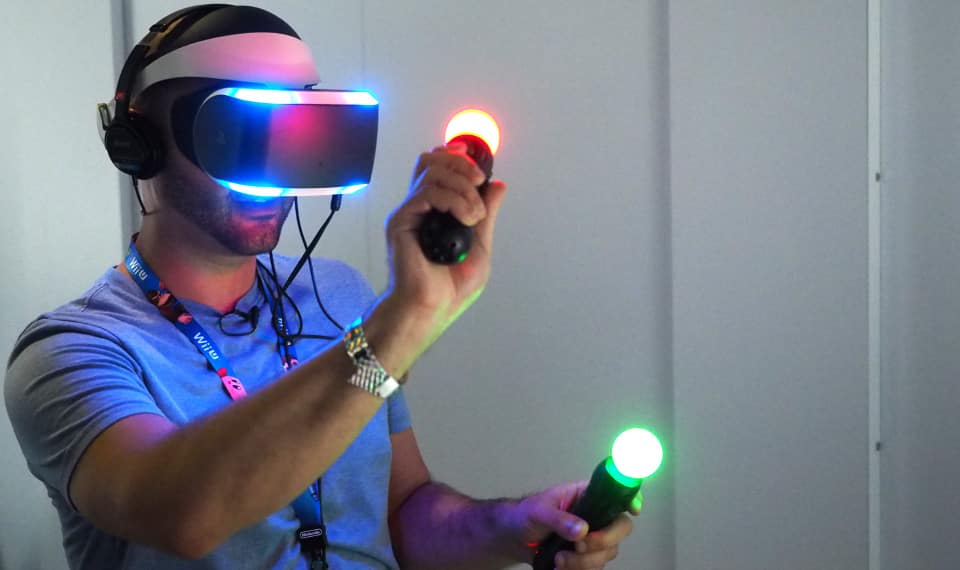 The device was very well received by the public even though Sony only revealed tech demos during the show. One of those tech demoes offered players a very realistic archery experience, allowing them to shoot arrows targets and another one allowed players to fly through space.

The virtual reality headset from Sony definitely shows a lot of promise and the way it works with the new PlayStation 4 is extremely cool. And because Project Morpheus also uses the PlayStation Move controller, it gives it a slight advantage over the Oculus Rift as it lets players immerse themselves a lot more in the virtual world. 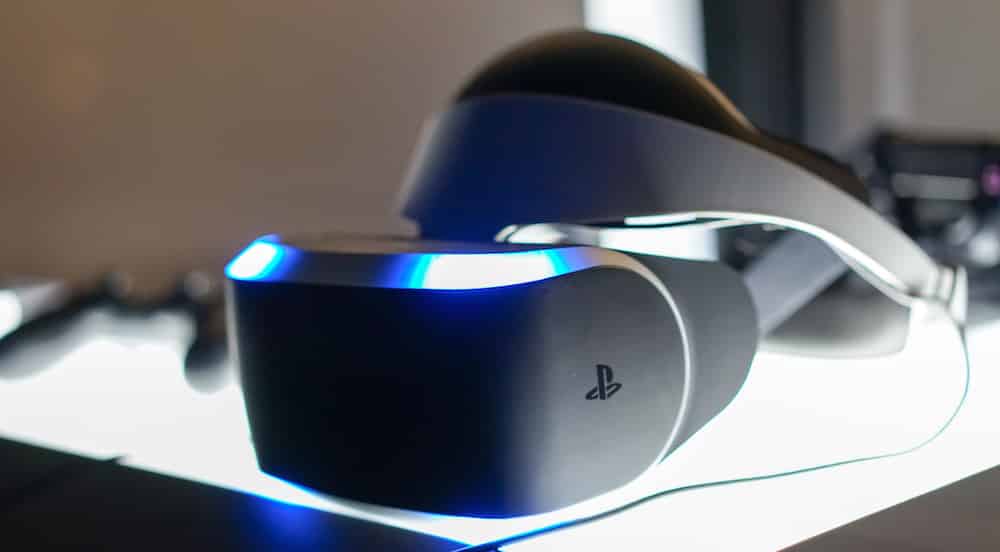 The players can actually touch things instead of just using a controller to make their way through the VR world.

Given the fact that Sony’s PlayStation 4 has sold around six million units across the world, there’s no doubt that some people will be interested in the device.

Is VR making a comeback?

Even though Nintendo, Sega and Virtuality did their best to make virtual reality a possibility, VR was still primitive back then. On top of this, support for these devices wasn’t the best and they quickly disappeared from the market.

Project Morpheus also has a lot to offer to gamers, especially due to the use of PlayStation Move.

The right developers could really make virtual reality games incredibly appealing. Just imagine being a boxer in the Fight Night game and taking part of fights in a true first person view. Speaking of first person, the Killzone franchise could also benefit from this kind of gaming technology.

If these devices are going to be marketed correctly and at a decent price, they could really present a creative and brave way of developing modern video games. The right developers working on the right games could really take advantage of this technology and not just use VR as a “cheap” gimmick. We’re definitely looking forward to see what the future of virtual reality in gaming will have to offer.

So there you have it. We really hope you enjoyed our article about the history of virtual reality in gaming.