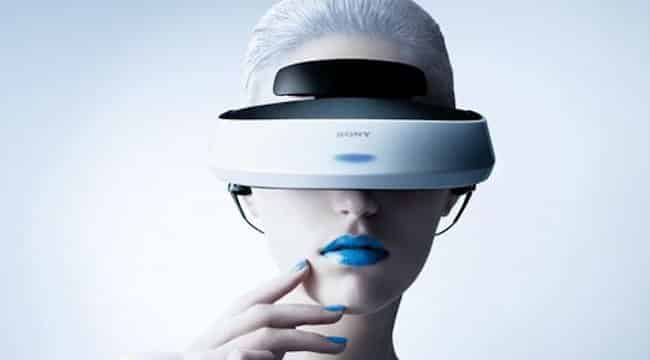 VR headsets are becoming a thing of the present. They still have a long way to go until their position will be cemented into the pillars of die hard gaming, but slowly they’ll get there. Facebook-Owned Oculus Rift has been in development for nearly 2 years now, and even longer in concept phase, but progress is made daily with developers creating demos, and game concepts – some of them are taken under big studio wings, while others are performing well as indie games.

One of the most known, and annoying issue that simply puts a dent in enjoying VR is the feeling of nausea and dizziness. There’s a plan in motion – by adding a virtual nose it would depict the illusion of balance. But as I said, the plan is currently in developing stages, and the advancements of it are unknown at the current time.

Oculus Rift is the most popular VR headset, but another one has just been released by Samsung, and it goes by the name of Gear VR Innovator Edition. Samsung’s product can only be paired with a Galaxy Note 4, limiting drastically its possibilities, but still, it’s a step in the right direction.

What can you do with a VR headset? 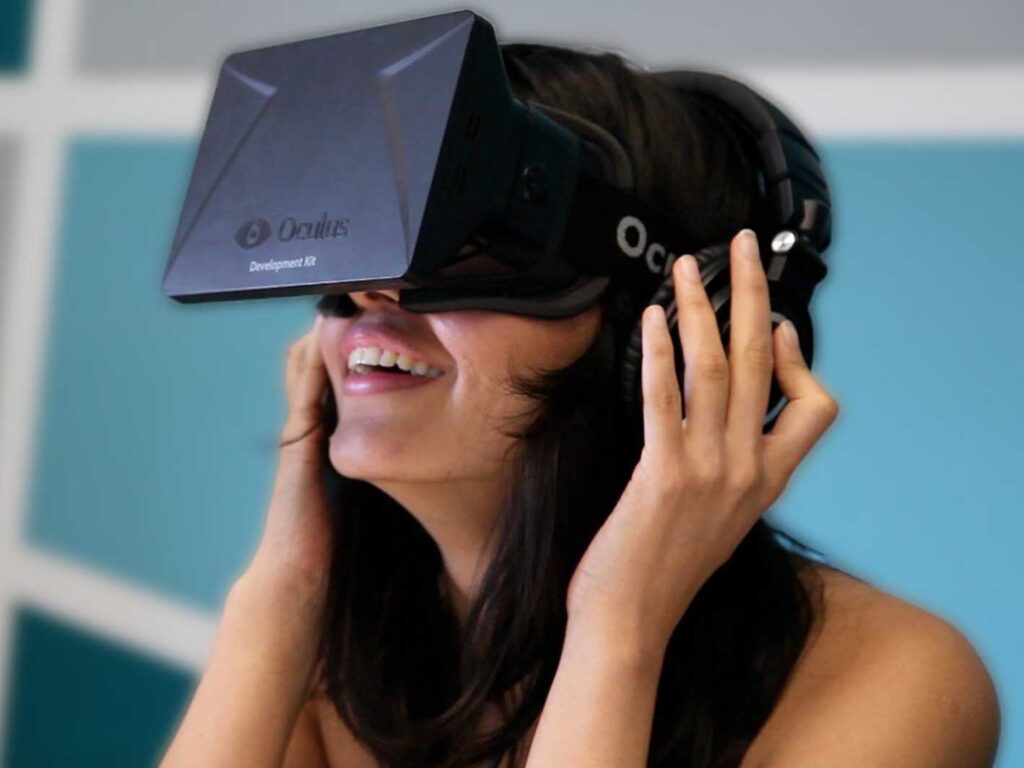 Well, VR headsets can immerse you in a 360° video environment allowing you to explore new alien worlds, sing along on-stage with your favourite performer, watch movies like you are a part of them, and experience a video-game from a complete new perspective.

Just imagine watching your favourite movie in the movie, being a part of the scenes, running from a zombie horde with Brad Pitt, or savouring the beautiful cinematography of a Wes Anderson film; not to mention the thrill, and adrenaline rush that a horror can pump – and also scar you for life.

But VR headsets are being marketed as video-game’s golden flavour. We all have dreamed how it would be like if we were players in Half-Life 2, or Minecraft. The sheer joy would be too much for some. This is why we created a list of the best 3D virtual reality games. Let’s take a closer look at each of them.

The Forest has been in development for almost 2 years now, and it wants to stand as a benchmark game for Oculus Rift. The player is stranded on an island after a plane crashed. It killed almost everyone except you and a boy – your purpose is to survive whatever the universe throws at you, and throw it back harder.

You need to quickly get whatever you can carry from the debris – water bottles, energy drinks, an axe – because the natives, that are bloodthirsty and vicious, will soon come to the burning flame and will most likely kill you. In the scenario they drag the boy from the wreckage.

By day you need to construct a house – chop wood, mine stone; hunt for animals so you don’t die of starvation, and build weapons to fend of invaders. All of them gathered nicely around a well fortified little fort. When night comes all hell breaks loose and invaders, that are pretty well constructed as cannibals that will tear the flesh from your bones, will not stop until you either kill them, or you’re in their soup. 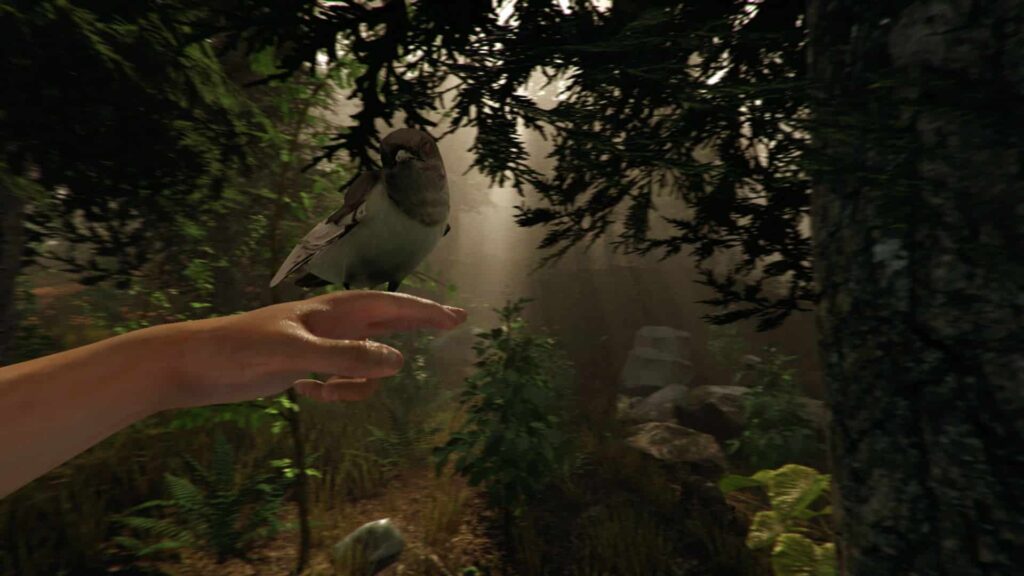 You have a ton of things to explore – forests, caves, hillsides, underwater scavenging and the likes. Build effigies out of enemy limbs so tribesmen know to steer clear of your camp.

It’s an incredible experience that will leave you pumped with adrenaline, but sometimes it feels a little bit limited, and goofy looking. It needs more work. Good thing the developers are planning on adding more and more content. It’s available right now on Steam for 14,99$.

Music in the Air seems like a must-play for everyone that owns a VR headset, or is thinking of buying one. The game is set in a beautiful landscape filled with crevices, mesmerizing volcanoes, islands, caves, villages, and high mountains for you to explore. Accompanied by classical music it offers an unique flying experience where the player is set to find different instruments on numerous levels – by activating an instrument the soundtrack will change accordingly. It’s only 3,99$, and for that cheap price anybody could fly free as a bird.

Reload Studios are developing World War Toons with virtual reality embedded in their minds. Their goal is to bring a new sensory experience of the first person shooter genre to the public. Developers, and artists that are currently on the project have worked on games as Call of Duty, Home Front, World of Warcraft, and movies like Frozen, Wreck it Ralph, and Who Framed Rodger Rabbit. I am eager to see how the end product will be, and the only footage that has been disclosed to the public are 4 pictures that only stir my curiosity even more. It looks fun, and that’s what I’m looking for.

A space-fighting game that puts shame on Star Trek, and Star Wars. Their pre-alpha trailer immediately immerses the player into a glorious space battle, filled with daring fight-scenes, and even more exciting game mechanics. The graphics are phenomenal, and at this point we don’t know if it’s going to run at 1080p at 60fps, or just a crazy new engine developed specifically for the game.

It will be available in the near future for Oculus Rift and Morpheus headsets – rumours are that it will be released at the end of 2015 so it hits the holiday season.

The future is looking bright for VR gear, but only time will tell if it’s going to flop, or revolutionize home gaming systems. 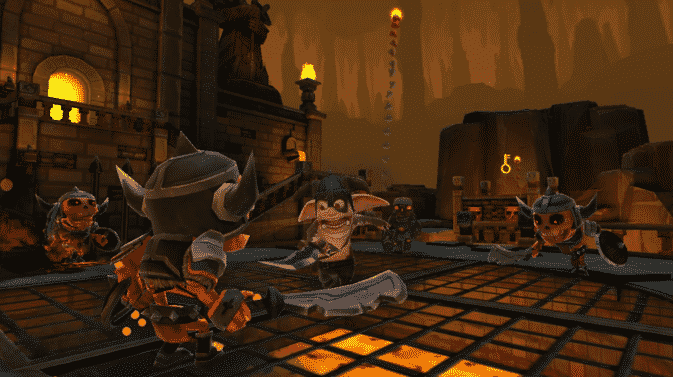 Formerly known as VR Quest, this dungeon crawler represents one of the most exciting experiences for virtual reality gamers. The First Steps story begins in your house. Once you exit it and head to a crossroads with a volcano in the distance you can begin exploration.

You can use control buttons to hit enemies (X), dodge attacks (B), jump (A) and check your map with (Y). This isn’t actually a game, but a Gear VR Android app. This doesn’t make it any less exciting.

Elite: Dangerous is arguably one of the most complex and beautiful Virtual Reality game on the market right now. The game-play and ship handling is fun even when you play it on normal mode, but throw on a pair of goggles and you will be overwhelmed by the level of detail. This is exactly like Star Wars but without a Yoda. 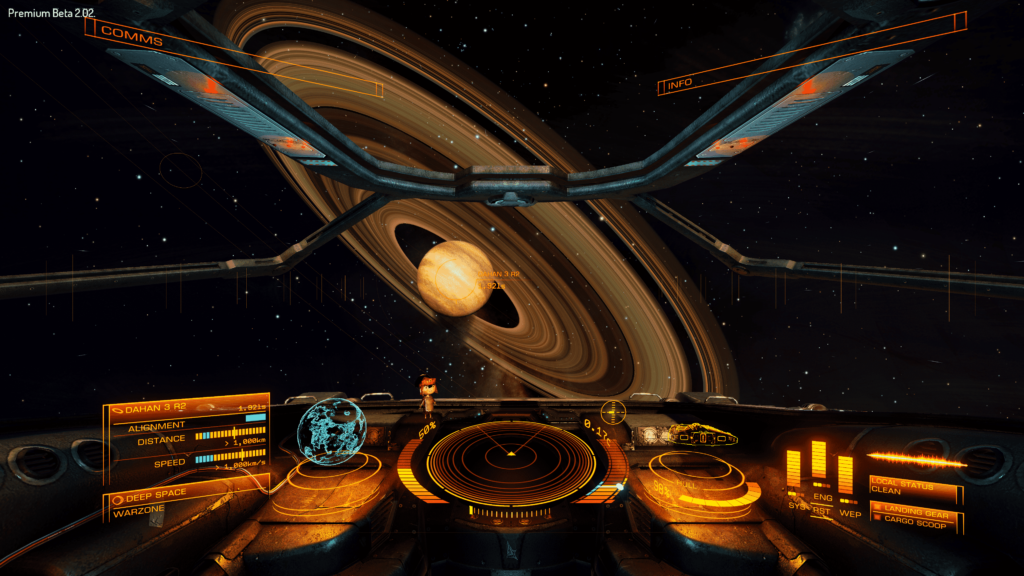 David Braben, the director of Frontier Development & co-creator of Elite continued to support Oculus Rift integration. The result was a seamless virtual reality experience. The player can immerse himself in an universe that is very similar to our own where he must make a name for himself.

Elite: Dangerous DK1 was already popular before DK2 came out, but nobody expected for it to be so incredible with the new set. Elite blew everyone away with its new graphics and positional tracking offered by DK2. As a matter of fact, many gamers referred to its as ‘the first feeling of virtual reality presence’ – a term used for psychological immersion in VR.

Kite and Lightning described referred to their art as “mind-blowing virtual reality experiences” and we can only agree with their statement. In the last year they have lived up to all the hype and produced games that managed to push the limits of alternative realities. 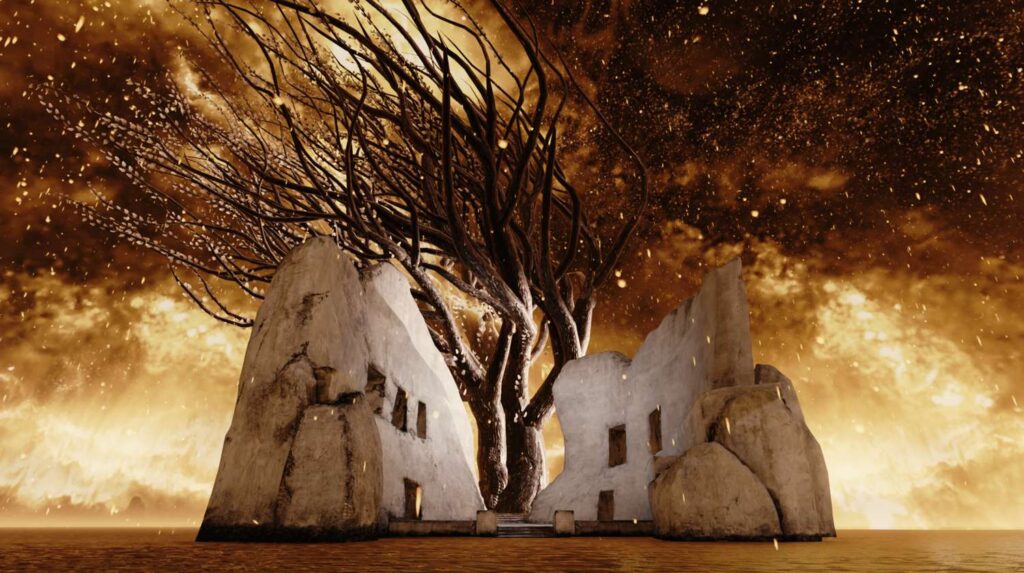 But it was the Senza Peso mini-opera project that truly made them famous in the virtual reality space.  This game is extremely unusual, mainly because it consists of two parts.

The first one portrays a spectacular VR film and the second part is an immersive VR experience. In the game, the player must explore what lies beyond the divide between worlds while railing through a series of stunning narrative cinematics. 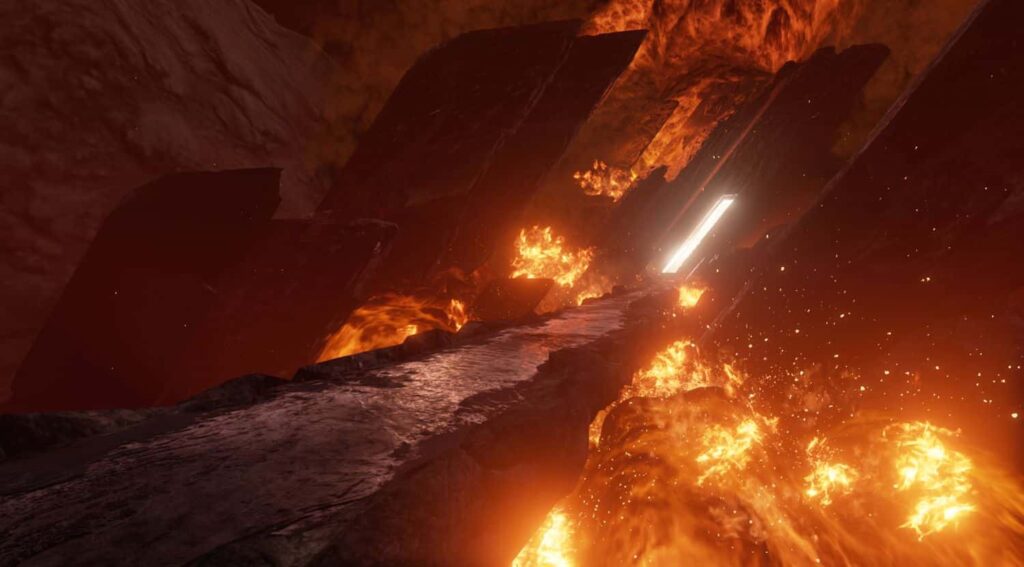 Everything is brought together with compelling narrative that could never be achieved only with traditional 2D or 3D media. Not only is Senza Peso a breath-taking immersive it is also one of the most comfortable VR experiences out there.

Deep is more of a therapy tool and a game. With the help of Occulus Rift players can explore pristine underwater seascape without being disturbed. It’s hard to describe just how soothing Deep is, but many who have tried the game shared touching stories about their experience. Here’s one example:

“I came off stage, as it were, and I felt like I was heading towards a really bad panic attack. I need to calm down and I was just really wired (…) It was weird – I was trying to watch the game, but I had tears at the bottom of the Oculus headset because it calmed me down more than anything ever has in my entire life. I was really intense. I was just trying to get the words out because I was so emotional because I had never had such an effective anxiety treatment before. Nothing has ever helped me the way Deep did.” – Source: Vice

This type of game isn’t about slashing enemies or finding treasures. It’s about finding yourself. Reid Christos actually believes that Deep has the power to change lives.

This concludes our list of best 3D Virtual Reality Games. There are certainly more that would have deserved a mention but we wanted to present different types of games and their effects on players. One thing is for certain, virtual reality will go far beyond what regular MMORPG or strategy games can obtain. We can only wait to see what happens next.

More news about virtual reality gaming can be found on tech websites such as PcWorld, Cnet or Engadget.