The Debate of Virtual Reality: In the Eyes of the Animal 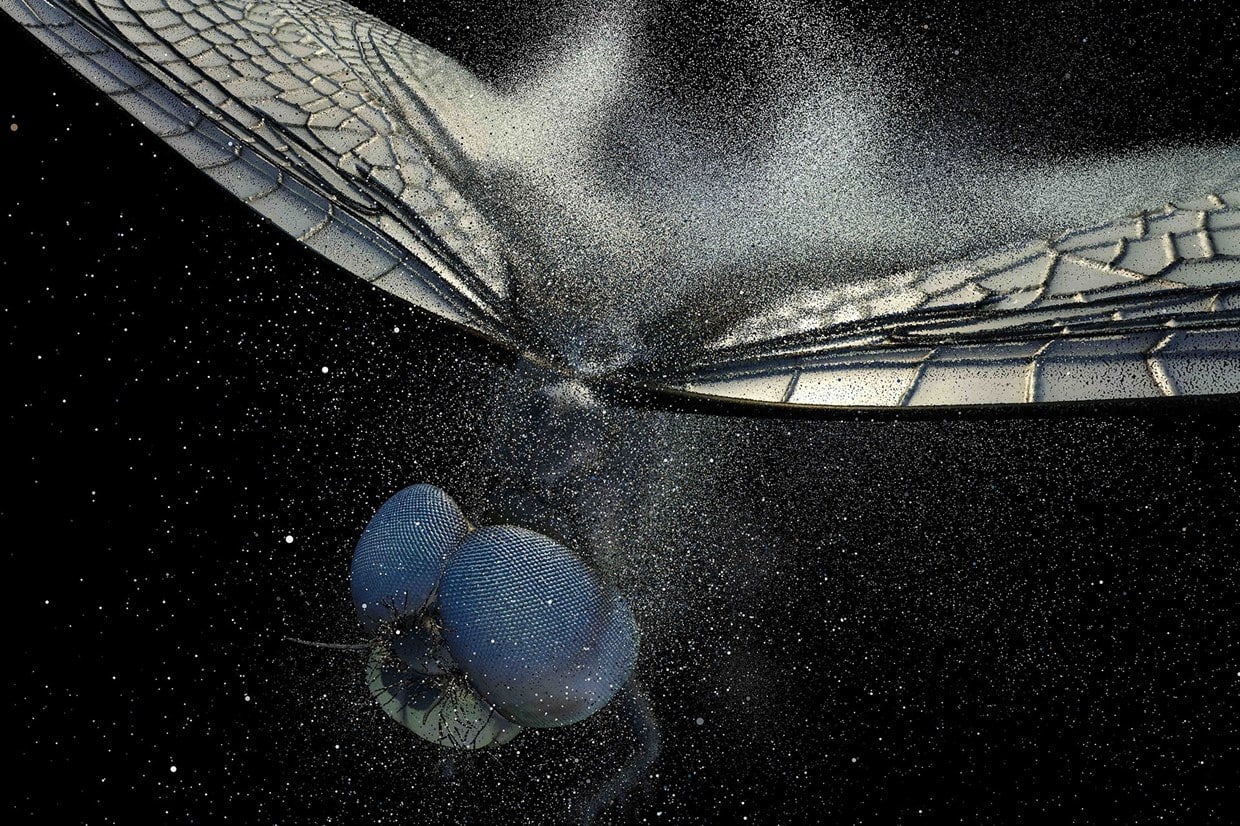 Have you ever wished you were a butterfly? No? Neither did we. Still, you can now become the next best thing: a dragonfly. Although we cannot exactly explain why we think a butterfly and a dragonfly are all that similar, this new breakthrough virtual reality is truly amazing. Furthermore: the virtual reality immersion device will let you even become a midge, a frog, and an owl.

Other than the fact that a butterfly, and a dragonfly, and a midge can all three be eaten by a frog, we don’t really see much of a connection between these animals. Especially when it comes to the owl. However, for reasons unknown, a team made up of three people – Adam Doherty, Robin McNicholas, and Barney Steel, thought it appropriate to simulate how once could see the world through the eyes of these four very distinct, and very complex animals.

As it happens, frogs, dragonflies, midges, and owls all see the world as if they were looking through different Instagram filters. All jokes aside, the vision of these animals is particularly interesting in its distinctness. Judging by this criteria, we can easily understand why the three chose the four critters for their virtual reality experiments.

The experiment is proudly called “In the Eyes of the Animal”, and has been realized by the team of three above, under the name of Marshmallow Laser Feast. Its premise is to challenge the world of human perception and enable those that test the device to see – and also hear – akin to how animals do. For the test, the three virtual reality enthusiasts/researchers have chosen the abovementioned four animals which provide very different ways of perception.

The first ‘animal’ in the VR immersion experiment is the midge. Midges are basically those very small flies that annoy us from time to time. Now, you might think that seeing through the eyes of a fly might be wickedly cool. It is, really, but just not in the way that you would imagine. Most people, when thinking of fly sight, remember what scientists used to think back when they were kids – a vision that has permeated into pop-culture. The common misconception is that flies see the same mirrored image a thousand times in a row – like if you were to put 1,000 screens together. That is totally wrong. Flies perceive the world like a very low resolution screen. So low, that they can only distinguish gigantic pixels. And what’s more, flies can see at 300 frames per second!

Now, from a fast sighted, pixelated view, we go to the stranger view of the dragonfly. While these are also flies, and therefore have just about the same type of sight as midges, recent studies have shown that dragonflies are really, really good at distinguishing colors. Some dragonflies can see up to 30 different pigments. Other studies have shown that they can also see ultraviolet light perfectly clear.

Moving on to frogs, things get a little bit trickier. Frogs, much unlike flies, are known to have only minimal color vision. It’s only been proven that they can detect bluish hues – which is said to help them find water more easily. Other than that, frogs, as is widely known, have dual vision – meaning the eyes can move independently from one another. This should be pretty amazing – and surreal – to experience in virtual reality. One other interesting fact about frog sight is that they can see better at a distance than they can up close. This is so that they can better hunt insects while they are far away.

The last animal in Marshmallow Laser Feast’s project is the owl. As you can imagine, we’ve gone up the food chain: midges and dragonflies are eaten by frogs, which in turn are sometimes the prey of owls. The latter animals, as you may remember from the biology class, can rotate their heads and therefore have a field of vision of about 270 degrees. As these animals mostly hang around at night, their eyesight is very sensitive to light. Also, much like frogs, owls are short sighted.

Now, imagine the massive amount of research, technological prowess, and general genius that made this project come to life. It almost makes you forget that the effective VR devices that let you wander around through the forest look like massive bearskin hats. What’s more, they’re also covered in thick moss. All the better to make the users’ experiences all the more immersive.

The devices that made possible this type of tech, the team say, are little tiny drones that they used to capture the forests of Grizedale precisely like these flying animals see them (well, except frogs). The three researchers say that this type of technology pushes the boundaries of modern science as well as art. They also see their project as pertaining to the latter, because, like art, it is a way of changing the way in which humans perceive things.

The big virtual reality headsets are also equipped with Sub Pac devices which deliver surround sound as realistically as possible. In the video posted on YouTube by the team, the elderly user says that it’s an “unbelievable experience” and especially praises the way one can hear exactly what a dragonfly would hear.

This goes to show that virtual reality has extraordinary potential and can be realistically experienced by any person, of any age. At this rate, we’re looking at another week, another breakthrough in the field of virtual reality, augmented reality, and immersive experiences. And, if the team’s project picks up on some funding, we may soon see other animals in a 360 degree, virtual reality environment.

As for now, I’m going to leave you with the video that the three virtual reality experts posed online. Be sure to watch in full screen, as such an experience needs to be as immersive as possible.