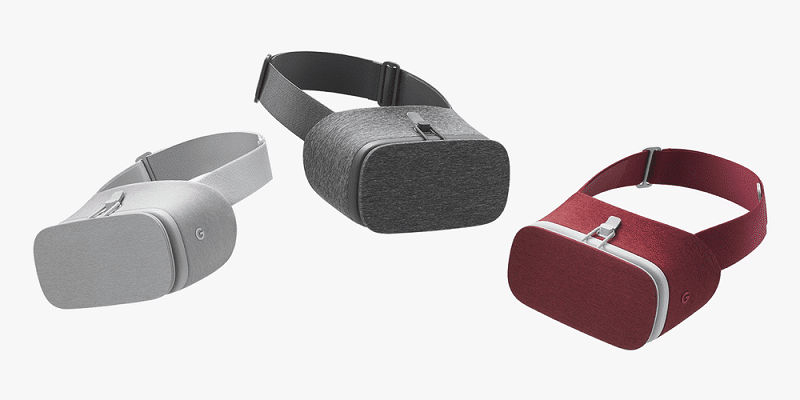 About the Google Daydream View

As far as appearances go, Google does a decent job of standing out from all their competitors. Instead of doing a basic plastic design, Google partnered with a clothing manufacturer to give the Daydream View a more appealing cloth appearance. A nice update on the design of the new product are the colored clasps and tabs that now match the light grey, dark grey, and coral color choices.

When starting this Google Daydream View review, there were some concerns that it might slide down without a top strap. However, the product is actually surprisingly well balanced, so it remains firmly situated around the face. Its design is also decent enough to ensure that all phones fit securely in the smartphone tray. If you are using a pricier smartphone in your Daydream headset, this is definitely important.

The design of this headset means that it will work best for VR that does not require you to move your body. Since the Google Daydream View is a mobile VR set, it cannot track your position through 3D space. However, you can turn to look 360 degrees around you thanks to the motion trackers in the headset. 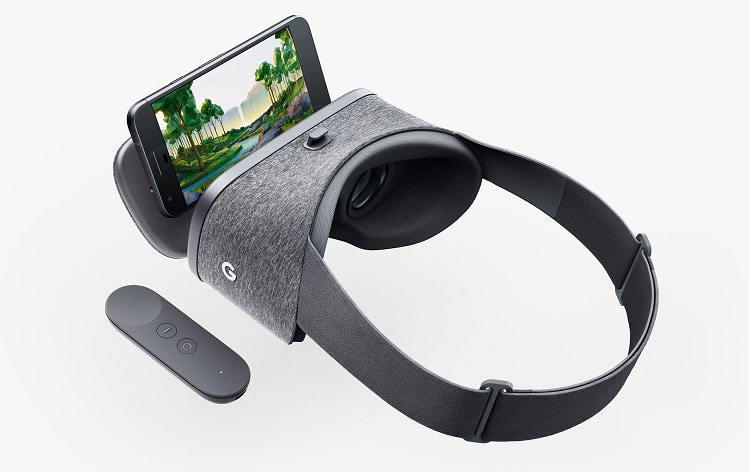 Your visual performance is going to change depending on the type of phone used. If you use a phone like the Google Pixel, which was designed specifically for the Daydream, then you will experience crisp graphics that look entirely realistic. However, phones with less resolution may look slightly grainy or gridlike in VR. The lenses for the Google Daydream View do an excellent job of portraying what is on your phone, so your visual performance will be fine as long as you are using a phone with the ability to render graphics nicely. The only downside to the visual effect of the Google Daydream View is that light may leak in on the side.

This section in our Google Daydream View review is going to be a little short because unfortunately, there is no audio component to the VR headset. To hear things while using the View, you will need to listen on either your phone’s speakers or a set of headphones. Headphones tend to work best because Google’s Daydream technology will distribute noise to each headphone to make it sound like the sounds are happening around you.

Of course no Google Daydream View review is complete without a mention of the remote control, and this is really where the VR headset excels. At first glance, it just seems like a small, oval remote with a couple of buttons on it. Since the remote is connected to your phone with Bluetooth, you do not have to worry about dealing with wires and cords while you play.

However, the remote is actually motion controlled, so you can use it to steer characters, gesture with a magic wand, or drive a vehicle in your game. You can easily control anything with the addition of a volume control, a clickable top trackpad, and two buttons. The movements of the remote are surprisingly versatile and realistic, so fans of the Oculus Rift’s controls will be pleased. 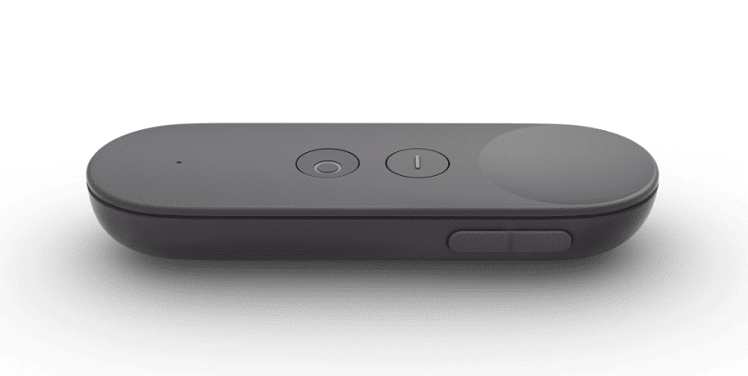 The Google Daydream View is a great introduction into the world of VR. It is easy to use, comfortable to wear, and fun to play with. The only downside is that the headset’s performance relies so much on the phone being used, your headphone quality, and the type of games being created by developers. However, the Google Daydream View still stands out from other mobile VR headsets due to its intuitive motion-capturing remote that makes every game much more immersive.