HTC Vive vs Oculus: The Battle of Features and Performance

Virtual reality — or simply ‘VR’ — is a futuristic new technology with particularly exciting implications for gaming. Historically, playing a game equated to using a controller to assume remote control over a digital avatar; however, VR now allows us to become those avatars by putting us right into the middle of our favorite games.

The HTC Vive and Oculus Rift have become synonymous with VR gaming and are undoubtedly the best consumer-grade VR kits available, but is one better than the other? This is the battle of the VR headsets: HTC Vive vs Oculus Rift. 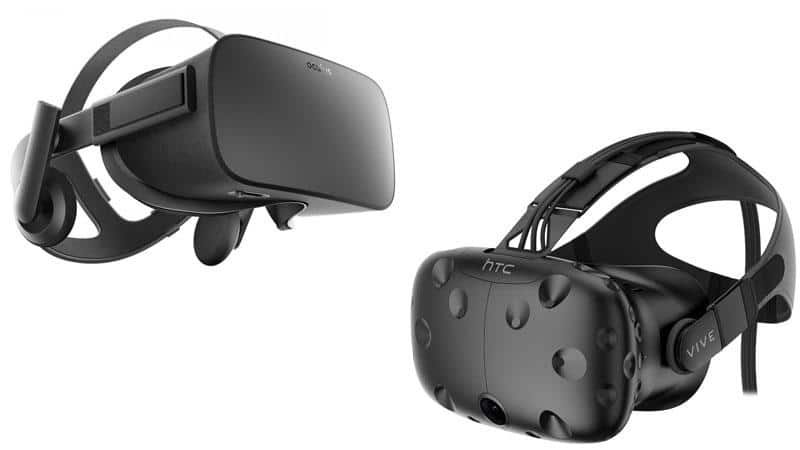 Since these are devices you use while wearing them strapped to your face, design is extremely important. Both feature a somewhat standard design for VR headsets, appearing somewhat like scuba goggles with straps that wrap around and/or over your head to secure the headsets to your face. Of course, there are some differences.

In particular, the Oculus has a sleeker and somewhat more subdued aesthetic while the HTC Vive has 37 visible sensors that almost look like an intentional polkadot-esque pattern on the headset’s exterior. Perhaps due to all these sensors, the Vive is noticeably larger than the Oculus, too, with a bit more heft that could become an issue for long gaming sessions. On the other hand, the Vive’s larger size is partially due to the lens-distance knob, which is a nifty feature if you happen to wear glasses. 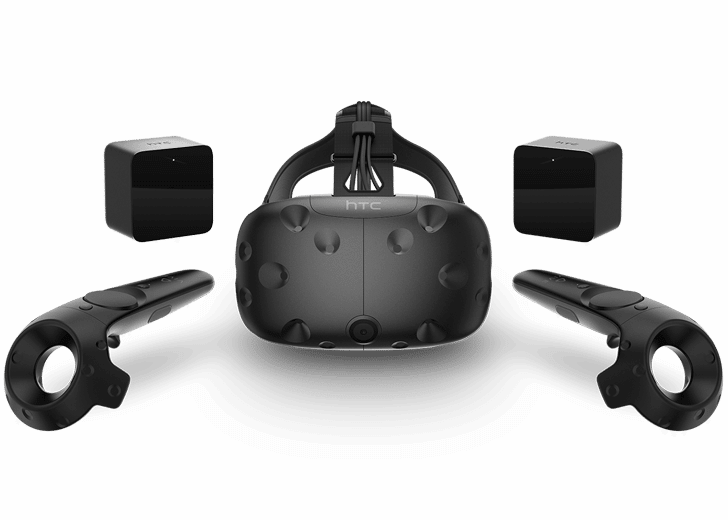 Image quality is what really ‘sells’ a virtual environment. As such, better image quality equates to a more immersive the experience and, therefore, feeling like you’re really in the game. Fortunately, both the HTC Vive and Oculus Rift have exceptional image quality with virtually no differences between the two.

Both headsets are outfitted with two OLED displays — one for each eye — measuring at 1080 x 1200 pixels for a combined display area of 2160 x 1200 pixels on each headset. As well, both headsets feature 90Hz refresh rates, ensuring that in-game movement appears crisp and deliberate. According to the specs provided by HTC and Oculus, the headsets share a 110-degree field of view although some users have noticed a slightly larger field of view on the Vive.

Although the displays are more-or-less even, sound quality between the Vive and Oculus is a different story. While the attached headphones on the Oculus Rift may look like they’re low-quality, they’re actually quite good and offer a much better quality of audio than the in-ear headphones that are packaged with the HTC Vive. Of course, sound quality can be quite subjective as some people prefer a stronger low-end while others prefer emphasis on mids and highs; fortunately, both the HTC Vive and Oculus Rift allow you to use your own headphones by unplugged the ones provided and plugging your own into each headset’s standard 3.5mm headphone jack. 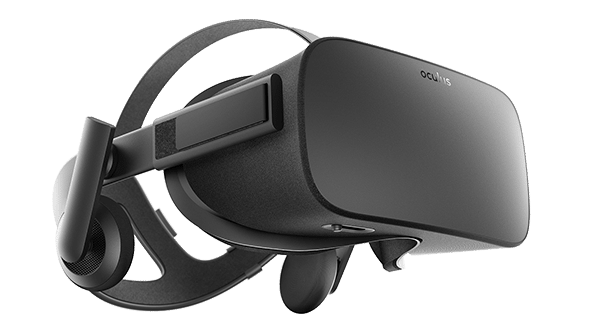 Both the HTC Vive and Oculus Rift employ custom, motion-tracked controllers called the Vive Controllers and Oculus Touch, respectively. The Vive Controllers are a pair of identical joystick-esque controllers that each feature a circular fixture on the end. There’s a touch-sensitive control pad under each thumb, allowing for directional in-game controls, and a trigger-style button on the underside, functioning as the primary select button as well as for more specific in-game functions like picking up weapons and other items.

Although it initially shipped with a standard Xbox controller, the Oculus Rift now ships with motion-sensing controllers that are similar in both appearance and function to the Vive’s. In fact, most differences between the two systems’ controllers are aesthetic, such as the controllers for the Oculus being a smaller and more compact design.

Between the two, the Oculus Rift is easier to setup. The unit must be plugged into 3 USB ports and an HDMI port and there’s an external sensor for tracking the controllers. As well, there’s some software to install you can run the Oculus. From start to finish, the process takes 20 minutes or less.

The HTC Vive takes a little more time, mostly because there’s also a process for setting up the space in which you’ll use the headset. Specifically, there are two “lighthouse” sensors to be installed in two corners that are oriented diagonally from one another, and each requires its own power source. Then the actual headset connects to a box which, itself, must be plugged into a USB port, an HDMI port, and a third outlet for power. Once everything has been connected properly, there’s a calibration process for which you walk around your designated gaming space so that the Vive can ‘trace’ the area. From start to finish, setting up the HTC Vive takes half an hour or more.

One of the biggest drawbacks to VR gaming is its expense. Both the Vive and Oculus are not for the faint of wallet with the former currently available on Amazon for a recently-reduced price $599 and the latter available on Amazon for $499. However, the Oculus was recently on sale for $399 as part of an end-of-summer sale. In fact, both headsets are often sharply discounted during the holidays, so it might be worth your while to wait for Black Friday to see if you can pick yourself up a Vive or Oculus for as much as half their normal costs.

Besides design, image quality, price, and controllers, another important consideration is the library of games with which each VR headset is compatible. Although there are a number of well-received titles for the Oculus Rift, the HTC Vive has a broader library of available games via HTC’s Viveport subscription service and the headset’s compatibility with the popular Steam platform.

It’s often said that the Vive’s games better realize the full potential of VR gaming by integrating a number of distinct in-game actions, such as shooting, punching, climbing, grabbing, throwing, eating, etc. On the other hand, the HTC Vive will surely require a larger space since you may frequently find yourself crawling on the floor or swinging your arms wildly in the air as part of your VR gameplay.

Most people would be happy with either of these high-quality VR headsets, but there are certain considerations that could put you on one side of the fence or the other. In particular, the Oculus’s lower cost probably makes adding VR technology to your gaming regimen more palatable, especially with the two headsets’ image quality and controls being so similar.

Additionally, the fact that Facebook and a number of other companies officially support and develop for the Oculus makes it even more compelling. However, if you have plenty of space, are sensitive to subtle improvements in build quality, and feel a larger library of games is worth the premium, the HTC Vive is the better option.