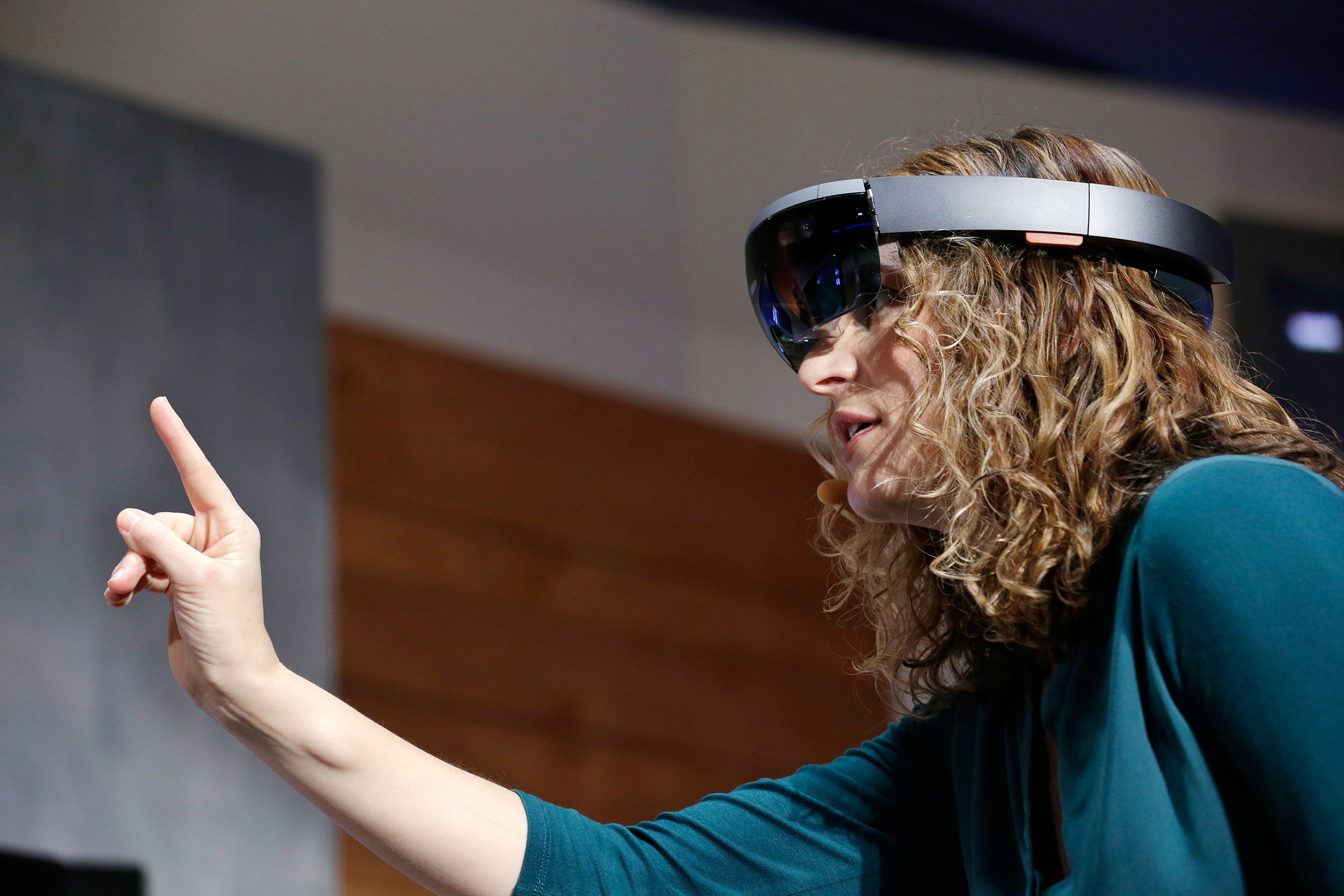 It’s been quite some time since we talked about Microsoft and their efforts into the realm of augmented reality. That has largely been because, well, the company has really been hard at work. The last time we said anything about the Microsoft HoloLens was when they announced its availability and price for the devs.

As much as developers may have been thrilled back then that they would be receiving a device for themselves, they were probably also a bit skeptical when the price was announced. I mean, let’s face it: not everybody has $3,000 lying around, ready to be spent on a device that may or may not be launched in 5 years.

However, I’m sure that since making the big announcement the people from Microsoft did receive quite a few orders. There are numerous companies that have a lot of ideas as to how exactly this device will augment our vision. And build our future.

I’m talking, of course, about companies like Trimble – a company that plans on, almost literally, building the future. The two corporations have partnered ever since April 2015 (as far as we know) to create an app for the Microsoft HoloLens which will allow engineers to literally scrap the entire drawing board in favor of a much simpler, much enhanced 3D version of the architect’s dreams. The dreams that, in essence, will be the dreams of a whole generation.

In 5 years’ time, everyone hopes the HoloLens will be not only completely functional, but already shipped to the consumers, in an out-of-beta version. And also, in 5 years’ time, we hope that the developer version of the device will have been used to its full potential. After all – what good will the HoloLens be if there won’t be enough apps to let you play with it?

Fortunately, Microsoft has learned from past experiences. After learning that it doesn’t take awesome phones as much as it takes a cool app store to sell smartphones, Microsoft now seem to be headed in the right direction. With the developer version coming so far from the actual consumer release, Microsoft wants to make sure that you won’t just buy a $3,000 device and then have only Microsoft apps for it.

However, the Microsoft apps for HoloLens, if we’re to believe all that’s been revealed up until now, will prove quite the experience.

Already, we have two big titles by Microsoft which are in the works (and maybe even ready) for the HoloLens. I’m talking, of course about Minecraft and Halo. The first – the best-selling PC game in the world, ever. The second – a $3.4 billion dollar series that has, quite literally, defined the gaming preferences of a whole generation of gamers.

As of now, all we know for certain of these two games comes from a few videos and a few presentations at the E3. For Minecraft: we’ll be able to see the whole digital world in front of us: on our tables, on our couches, on our walls. You can zoom in and zoom out just by literally moving in and moving out of the picture. You can even raise the whole world and see what lies underneath the map. You can guide your friends through it. You can even give voice commands. As promising as this sounds, we still have to wait until this will be in the consumer phase.

As for Halo, the integration with augmented reality won’t be of the level that Magic Leap demonstrated. Or, not that we know of just yet. But, Microsoft is showing us how people have been able to enter the recreated interior of a Halo ship, and then get briefed via holograms transmitted through the HoloLens. The most exciting part: there were five, independent HoloLens devices working together. People may take this for granted, but just imagine:

Every HoloLens device has integrated accelerometers, magnetometers, and gyroscopes. These three interconnected thingamabobs work together to calculate the position of the user relative to the environment, the position of each item in that environment relative to another, and also the position of each other HoloLens. By compiling these numbers, all 5 HoloLens devices can point the holographic images towards specific individuals, at a specific time. And the users themselves will see in real time how the images are moving. In this medium – moving your head is no longer just moving your head – the whole augmented reality moves along with it, so that for your eye – it will appear static.

No matter how you look at it, HoloLens is not just a new headset in the virtual reality/augmented reality market. It’s so much more than that. Microsoft, for now, seems to like the silent developer approach to it. Satya Nadella, Microsoft’s CEO, has stated that he doesn’t want Microsoft’s device to be the disaster that Google Glass was. He mentions the fact that Google overhyped the marked before the actual release. And they did so to such an extent, that when the product was actually delivered, people felt disappointed.

For the sake of continuing Nadella’s argument, let’s imagine a scenario: Google only announced the Google Glass. They never went into detail, they never mentioned what it will do, not to speak of what it wouldn’t do. The probable outcome would’ve been far better reviews. After all, if we wouldn’t have known what Google Glass could do, why would we be mad? Of course not. As it happened however, we expected more form Glass than it did in the presentation video. However, not even the features that Google boasted about worked all that well.

So, instead of going for this PR approach, Microsoft wants to tease us with small details every now and then. In the end, when the final product comes out, people will expect less, and receive more. Not too long ago, Microsoft revolutionized the world when it introduced Windows. Will it do so again with HoloLens?

The new device will be based on the powers that come with Windows 10. The first holographic instalment of Windows does look really great in the promotional videos. But we can’t help but wonder one thing: will the whole, final device be worth $3,000?