Xtreme VR Vue FX Review: Affordable, But Is It Any Good?

When you can go to the local store and buy the Xtreme VR Vue FX for a fraction of what you’d pay for some of the other VR products, you might feel tempted to go with this product. However, is it worth the money? This Xtreme VR Vue FX review will examine the different aspects like features, the pros, the cons, the design and the visual and audio performance.

First, the Xtreme VR Vue FX will transform your smartphone into a virtual reality haven. You have to use your smartphone to make it work. One of the cool things about this system is how you can watch movies as well as play games in 3D. You won’t run out of choice as you have more than 1,500 VR apps that you can download. Some of the best features of this product include:

The price obviously distinguishes this VR headset from some of the others like Google Cardboard.
Another one of the cool things about the Xtreme VR Vue FX headset is how you have a fair number of choices for phones that will fit into it. It will fit a smartphone with measurements anywhere from 3.5 inches to 6 inches. However, with a phone case, you might have to take it off to use it.

The design also feels of top-notch quality, considering how some of the other choices feel like cardboard.
Finally, the eyepieces are better than some of the opposing products. You have bigger eyeholes with this product, and you can adjust them if needed. 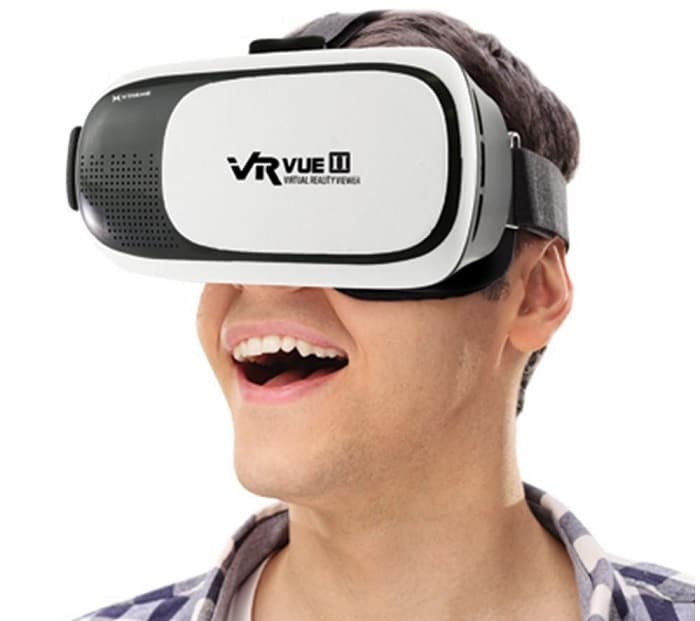 In this Xtreme VR Vue FX review we found how the biggest problem with the headset came from the straps because if you don’t have the right-sized head for it, it won’t fit correctly. Unfortunately, the nose piece is also cheaply made and it rests on the face in an uncomfortable fashion.

Xtreme VR Vue FX might be okay for the price because it lends you a cheaper way of getting into virtual reality, but unfortunately, the system has a few kinks. This could also partially be due to the fact that VR needs to come a little ways further before the sparks of popularity will kindle a raging flame.

Overall, the design feels pretty good on the body. As stated, however, the nose piece doesn’t fit well on the head for some people. Also, some people complained about the eyepieces of the headset. While you do have a headset with adjustable eyepieces, some people found how it felt wrong to wear, and they were straining to see with it. Adults, in particular, might have a harder time with it because it seems to have been designed more for a child’s head.

The design could have also been better if they had designed the springs that hold the smartphone a little better. For example, the springs feel too tight, which isn’t necessarily a bad thing in itself because you want the phone to fit firmly in the slot. However, it feels too tight. It might have been better if there had been two springs added with one to hold the phone in the middle of the system.

Before you buy this headset, you should understand how you often get what you pay for. The cheap price might not satisfy everyone. However, another one of the biggest problems with VR is how the technology needs to advance a little more before it will pick up much popularity.

You only have a limited number of games that you can play. The testing of these games was pretty fun, but they could still be better. Most of them are roller coaster games, which probably won’t appeal to a large audience.

If you want to watch a movie, you might get a kick out of watching it from the Xtreme VR Vue FX. It feels far more immersive than watching it on a TV screen.

The sound shoots out of the speakers from the side ports of the headset. In all honesty, this is a fairly decent set up because it transmits the sound better. The sound is fairly uneventful. It doesn’t necessarily sound crystal clear and all immersive, but still, it doesn’t really sound too bad either.

If you want cheap access to virtual reality products, then the Xtreme VR Vue FX might be an okay introduction. However, it could also have the opposite and cause you to look down at VR because you experienced the lower end quality of it. The technology still has a long way to go. For example, the technology needs more games and the UI should be redesigned so that the people are able to interact with it properly. Nonetheless, even now it can still be fun to play with.