Virtual Reality News Roundup: Why You Should be Excited About VR 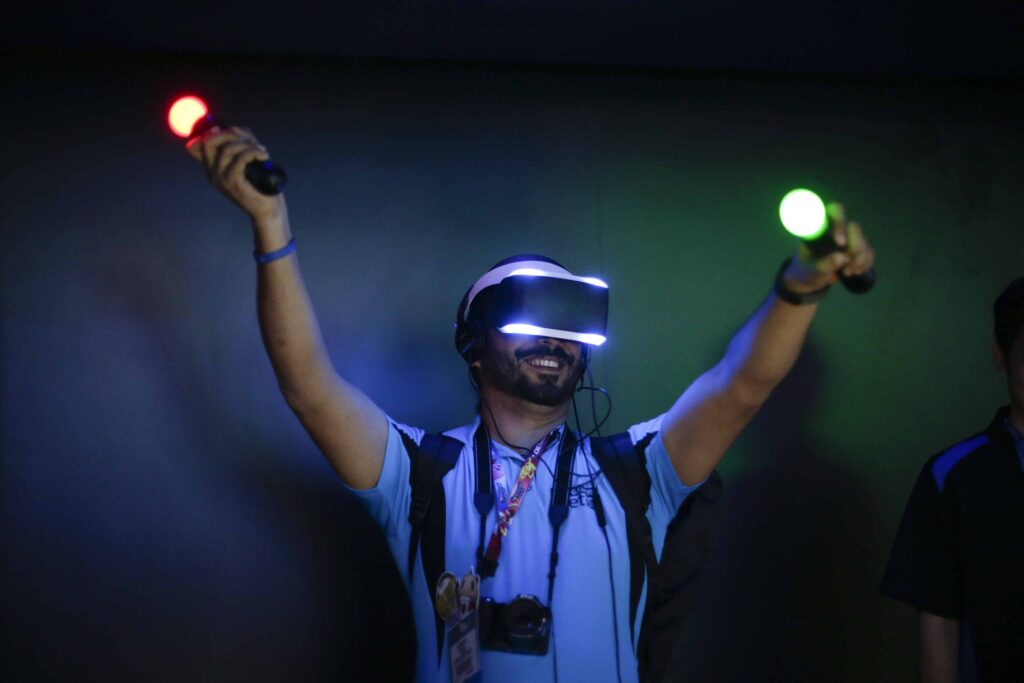 Breaking new ground, especially in the world of video-games, is extremely complicated. That’s because gamers are extremely dedicated to their play-stations, and while it may be possible to tempt them with innovative games, it takes a lot of work to make them take another dimension of gaming seriously. However, as the latest E3 Conference demonstrated, virtual reality might be just the thing that will change the way we experience games. If you’re interested in the latest virtual reality news, and this ever-developing industry, we have created an interesting round-up for you.

Although companies like Microsoft, Facebook and Sony are working hard to create a buzz, investors are not so keen on joining in their excitement. Why? Our first piece of virtual reality news is related to Los Angeles’s E3 conference, where enthusiastic gamers stood in line for hours to get their share of the latest VR devices. While they were excited to try them out, we still do not now how willing they would be to invest in such expensive pieces of equipments. The biggest real-life obstacle of virtual reality is the fact that it’s new. If the gaming consoles of today are satisfying the needs of gamers, and more fantastic games are coming out (examples: GTA V, Witcher 3), why would they trade these experiences for something that is still uncertain? 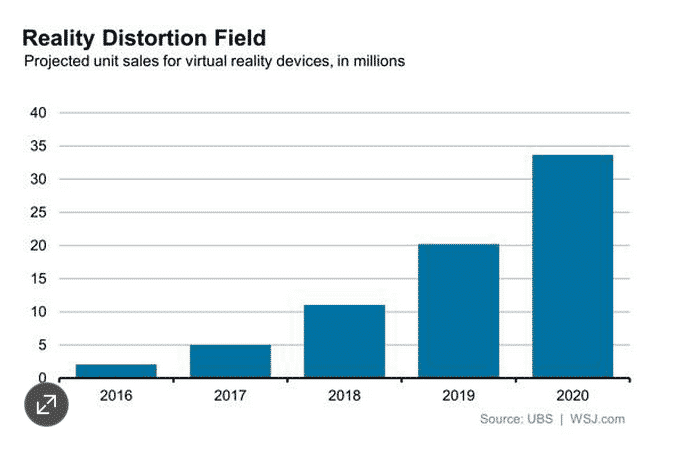 The success of virtual reality relies on the willingness of early adopters to invest in premium equipment. During the E3 conference, Oculus VR and Sony showcased their latest headsets, which are set to be launched in early 2016. However, the price for these amazing gadgets are yet unknown. Despite the fact that virtual reality looks, and feels, amazing, it is unclear whether or not gamers, with budget holes cause by existing consoles, will be investing in them. A forecast made by WSJ & UBS gives us hope. Their projected sales for 2020 estimate roughly 35 million units sold. According to Gartner, 25 million headsets, for augmented and virtual reality, will be sold by the end of 2018 alone. As far as prices go, Brendan Iribe, of Oculus, said that a headset with a gaming rig that meets specification requirements, will cost around $1,500. Ouch.

Another real-life obstacle for virtual reality would be the content itself. At the moment, there aren’t too many games that provide a top-notch experience. “Eve: Valkyrie”, developed by CCP Games, is one of the very few examples worth the money. The problem isn’t that games can’t be developed, but that game developers are reluctant to invest in consoles that might not be embraced by the masses. The only way for this to be resolved would be for tech giants to continue backing up game development. And this can only be taken so far. Oculus has already announced that it will be investing 10 million dollars to support the efforts of independent developers, and “Edge of Nowhere“, a brand new game developed for the Rift, is already in the making.

2. VR is Changing the Way Games are Designed 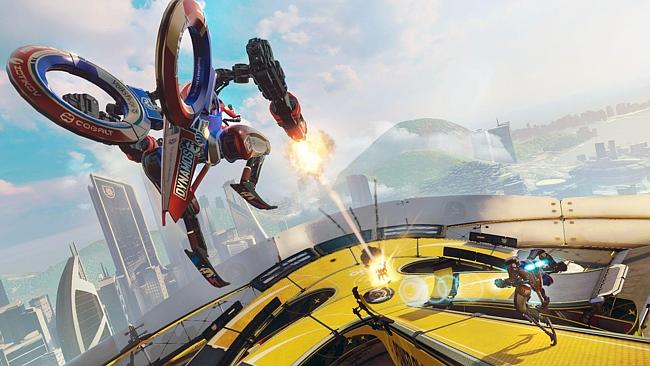 In other virtual reality news – and on a more positive note – it seems that VR is changing the way that video games are developed. Sure, there are plenty of challenges associated with this cutting-edge technology, but according to News.com, it seems that more and more developers have started to put players in the center of their universe. A perfect example in this case would RIGS, a multi-player first-person shooter developed exclusively for the Sony Morpheus. The concept of the game is simple: players immerse themselves in a futuristic arena and battle each-other for survival. However, its realization isn’t as easy.

“One of the things we quickly learnt was that we couldn’t take our previous experiences for granted. We wanted it to be a colorful and clean place that gives the impression you are in a arena. Virtual reality is a lot for players to take in and they need time to process the information quickly” – Tom Jones, art director of RIGS

Although Virtual reality gaming still has a long way to go, the future looks promising.

2. VR Headsets are Only Getting Better

Undoubtedly, the best virtual reality news of the month is related to the devices. Tech companies are vested in these projects, and as a result, they are pushing the barriers of this mind-bending technology. The interesting thing is that most VR experiences require nothing more than a smart-phone and cardboard box. In addition to this, for an unforgettable immersive experiences, futuristic headsets such as the Avegant Glyph and Oculus Rift can be obtained. Here’s the latest news for some of the most exciting VR headsets: 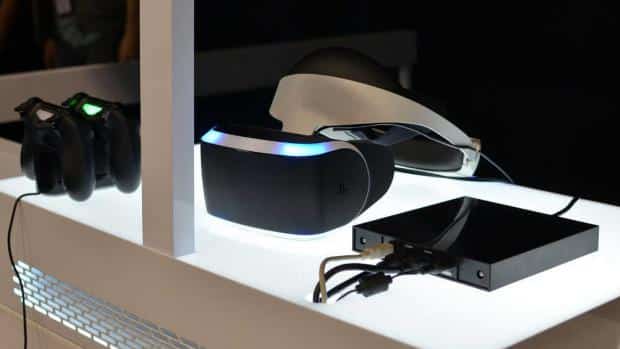 Sony’s Project Morpheus finally has a launch date: the first half of 2016. This PlayStation 4 powered device features a 5.7-inch OLED display, and a refresh-rate of 120hz which promises constant 120fps in games. If you are familiar with the Project Morpheus you probably already know that the MK1 had latency issues. They have been addressed with a new 18ms reading, nine new LEDs that offer better positional awareness, and improved tracking accuracy. 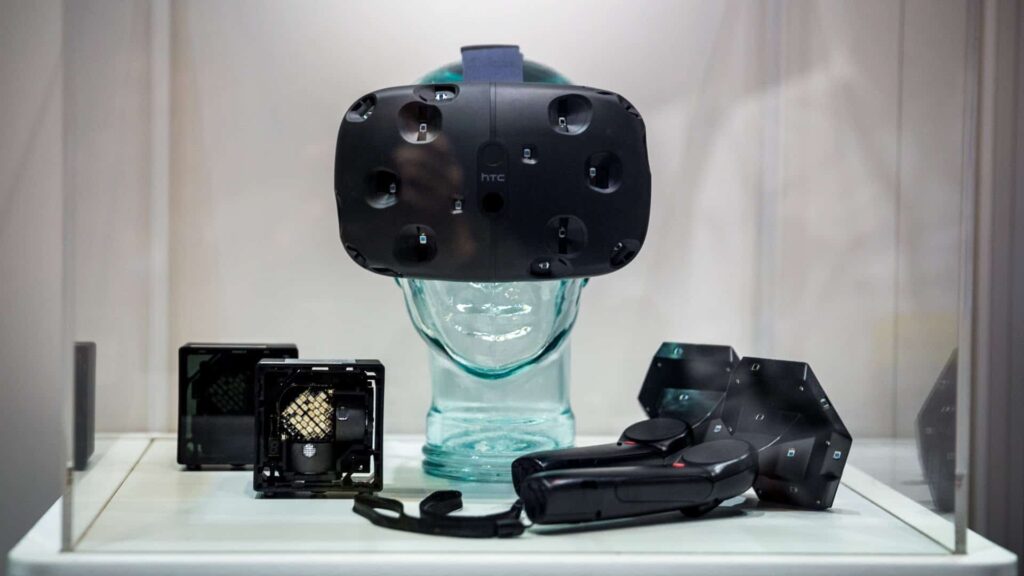 Sony was quick to join the VR hype with its latest headset: the HTC Vive. What makes this particular device amazing is the fact that it was made in collaboration with Valve, meaning that it will encourage plenty of game developers to invest in compatible games for it. The HTC Vive can be plugged into PCs, and thus, benefits from a huge ecosystem of games. It also packs quite a punch: 360 degree head-reading sensors, a 90Hz refresh rate and stats that track latency. 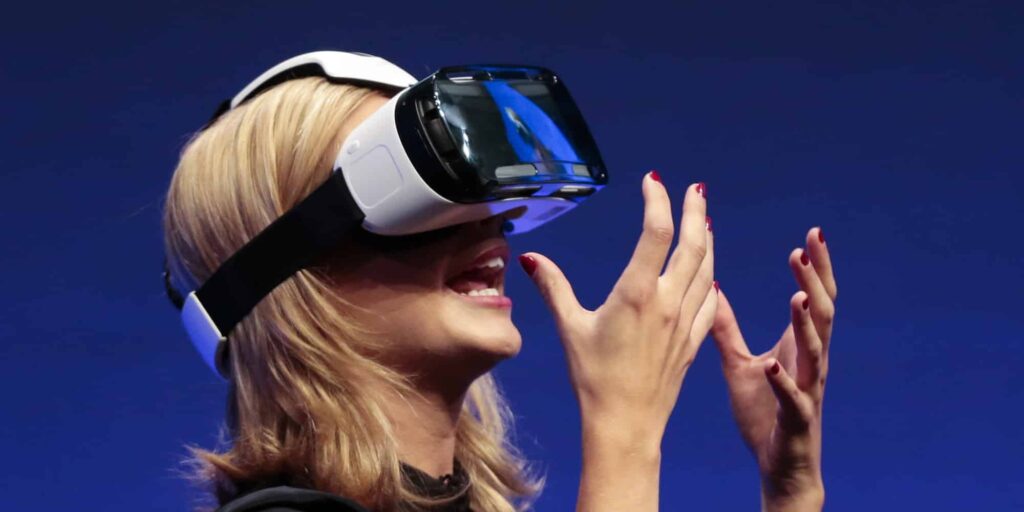 We wanted to mention the Samsung Gear VR market because it offers the best all-around experience for budget oriented gamers. This Oculus Rift powered device can be enjoyed together with the Samsung Galaxy smartphone (S6 or S4). Another plus would be the fact that the headset already has an entire marketplace of VR content for user enjoyment.

“Samsung’s first VR headset is an awesome peek into the future of VR for the rest of us and we’re betting on Samsung to make good on its promise to get enough movies, games and VR experiences onto the Gear VR as soon as possible.”

Our last mention for the virtual reality news round-up is the Oculus Rift. There are plenty of other devices worth discussing, but it seems that development for them has reached a stand-still. The Oculus Rift is what caused all the current hysteria with VR. This wonder of technology was developed by a 21-year-old engineer (Palmer Luckey) and received incredible hype on Kickstater. It is probably the most advanced piece of equipment right now, with incredible Xbox One compatibility and a wide range of games available for your enjoyment.

This concludes our Virtual Reality News Round-up. We hope that these new developments will excite you as much as they excited us.