DriveClub is a game that sits somewhere in the uncomfortable position between simulator and arcade racer. Not entirely realistic, it is nonetheless a game that takes racing very seriously. With a wide selection of tracks and cars, it allows players to live out the racing fantasy in a manner that’s hard to match elsewhere.

The addition of VR to the series has made it even more immersive, now placing players directly in the vehicle for an unparalleled racing experience. Though it is a relatively new series, DriveClub VR is poised to become one of the leading names in virtual reality racing. 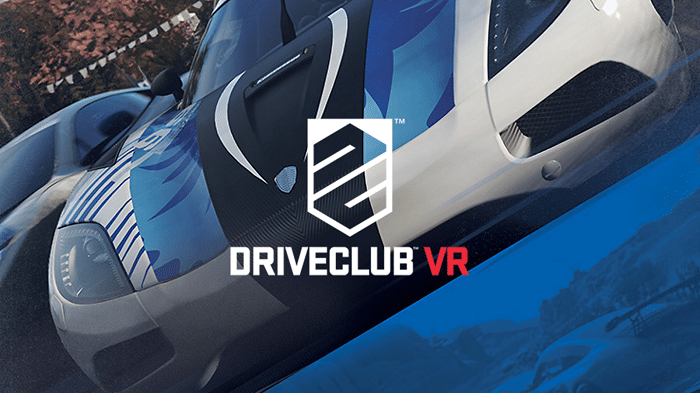 DriveClub is an interesting series. On one hand, it feels like a series that Sony created so that it could bring one of its strongest genres – racing – in-house so it could compete with the Microsoft-exclusive Forza series during the incredibly lengthy gaps between Gran Turismo games. On the other, it feels like a game that was very much created to fill a gap in the racing genre itself at the time. A beautiful, competitive racer that does tend to trend a bit closer to simulation than arcade, it’s nonetheless a game that’s meant for players who were still looking for a racing series to call their own.

Oddly enough, it’s also a series with an undeservedly poor reputation. The game was originally supposed to be free to subscribers of the Playstation Plus service, but a lengthy delay in the free release left players who finally got access to the game underwhelmed. While few had a problem with how the game was put together, it simply felt like more of the same.

DriveClub VR feels, in many ways, like a retread of the first game. Like DriveClub, it’s clearly a flagship game for a service that Sony wants to push – PSVR rather than PS+ – and a way to show off the company’s hardware. After the shuttering of the original developers, Evolution, the game is fully in Sony’s hands now. What they’ve created is nothing short of a showcase – one that we enjoyed in this DriveClub VR review.

We felt during this DriveClub VR Review that this really is a full-featured game. It’s not a little tech demo or a short, sloppy free game – DriveClub VR is a proper racing game that takes itself seriously. While it doesn’t have all the bells and whistles of the initial console release, it’s one of the most fully-featured racing games you’ll be able to play on the PSVR. There’s not a moment in the game in which you’ll feel like you’re playing the first iteration of something better; instead, you’ll consistently feel like you’re playing a game that developers have poured a great deal of effort into during every race.

It’s the feel of the game that really deserves praise. It would have been very easy to make this a lazy VR port, but it actually works quite well. It’s very hard to go back to standard driving games after playing this one in VR, if only for the immersion. Sure, it uses a couple of cheap camera tricks in order to sell some of its tracks, but that’s forgivable. You’ll forget that you’re dealing with issues like forced perspective when you can look at your window and see some of the amazing tracks and settings of this game. 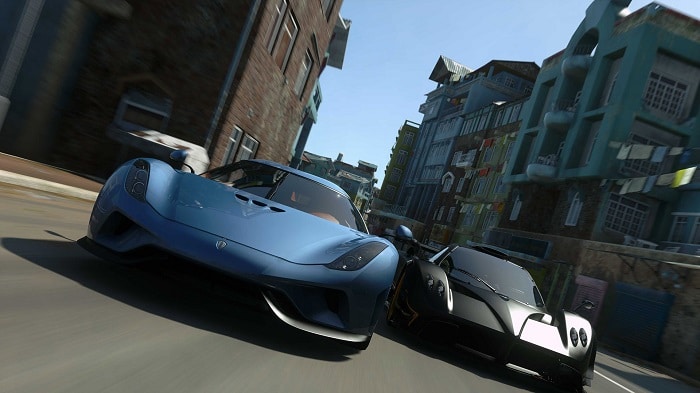 The real problems with DriveClub VR don’t stem from the game if taken on its own merits. The problems come from the game being a new version of DriveClub – or, rather, a an updated version of an older version of the game. If you’ve already played the original release, you’re not going to see a lot that’s new here. You’ll race on some of the same old tracks in the same old vehicles. The vast majority of this game has been kicking around for four years now, so those who are looking for something other than a VR version of a game they’ve already played are going to be disappointed.

The other real issue with the game comes in terms of graphics. Simply put, this game gets ugly if you look at anything that’s too far off. This is a symptom of it being a VR game, of course, but it’s an incredibly bothersome detail if you remember how pretty the standard version of this game tends to be. A number of the game’s graphical selling points have been dialed down in this version, so those who care about how the game looks just aren’t going to be happy with what they see. It’s a necessary sacrifice to put the game in a VR setting, but it’s still something that you’ll notice every time you play.

DriveClub VR is a PSVR exclusive, so the system requirements are very simple. You’ll need:

That’s it – no tedious setup or checking your PC’s system requirements. Given Sony’s involvement in the game, there’s not much of a chance that it’s ever going to show up elsewhere, so you’ll absolutely need the PS4 to play this game.

What’s the verdict of this DriveClub VR review? We think that DriveClub VR is one of the best VR racers out there, with not only a great selection of tracks but also a really good balance between arcade and simulation racing. It’s a clear first entry into a new format, but that doesn’t mean that it shouldn’t be praised for all it does right. If you enjoy racing or virtual reality, this is a game that you really need to try.