Virtual reality headsets are in their infancy, but they are already offering some of the best gaming experiences around. Developers add games daily to VR storefronts. With so many new games, it can be difficult to separate the great Samsung Gear VR games from the many others that are not worth the price. If you are a VR owner looking for a great game to play, below are seven of the best Samsung Gear VR games you can play today.

Quality first person shooters in VR are rare to find, but Drop Dead proves that they do indeed exist. Developed by Pixel Toys, Drop Dead is a mostly on-rails shooter that swarms you with hordes of zombies for you to annihilate in virtual reality.

You play as an agent looking to take down an evil doctor who is trying to take over the world by resurrecting people from the dead and transforming them into zombies. You are given a variety of different weapons to wipe them out with. The gameplay is quick, fun, and simple. Just keep shooting everything you can find to rack up the highest score possible. Drop Dead is fantastic, zombie killing fun that is perfect to play and pass around with friends, and one of the best Samsung Gear VR games to play around Halloween time. 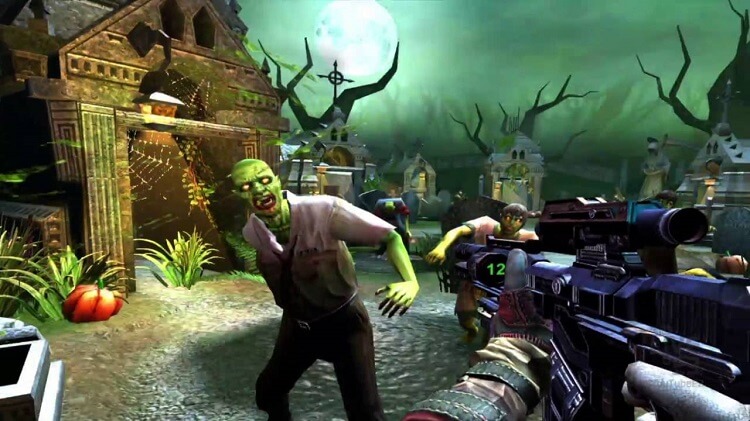 Square-Enix’s Hitman Go: VR Edition is a port of the already popular and successful Hitman GO on mobile, PC, and console. It plays very similarly to a board game with elements from the Hitman franchise. You play as Agent 47, solving puzzles turn-by-turn and working your way towards assassinating your target. Each turn, you move from space to space, trying to avoid being in the line of sight by a guard or enemy. The smoother you complete each of the 91 levels, the more stars you earn.

While the VR Edition does not much to the original Hitman GO experience, it is still a beautiful, challenging, and fun game. Hitman Go: VR Edition is one of the best Samsung Gear VR games because of its beautiful graphics and enjoyable gameplay, but do not expect any added features for VR.

3. Keep Talking and Nobody Explodes

Playing Keep Talking and Nobody Explodes is one of gaming’s best experiences today, even when not playing in VR. The game is a multiplayer only experience that involves the person wearing the VR headset trying to defuse a bomb with instructions given by somebody else in the room who cannot see the bomb.

As the person with the headset, you play by sitting in front of a suitcase bomb with a number of different modules that serve as puzzles to solve before the timer reaches zero. The other players have a printed manual with systematic instructions for solving all the modules. The person defusing the bomb needs to describe all the puzzles as quickly and as detailed as possible. This leads to incredibly frantic and stressful moments that you and your friends or family will be talking about for a long time 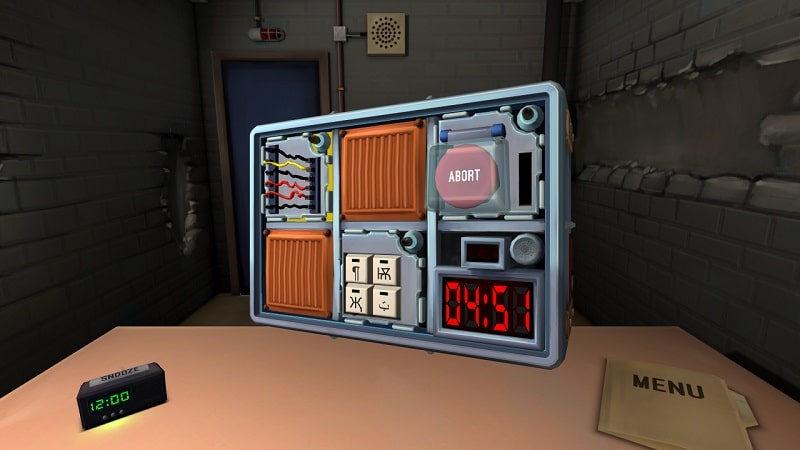 Developed by ustwo, the makers of Monument Valley, Land’s End is a game that somehow makes the act of playing connect-the-dots seem monumental and awe inspiring. The game is separated into five chapters, each with puzzles that use the Gear VR’s head tracking to solve. You solve the connect-the-dots puzzles with your gaze. While this seems simplistic, Land’s End does a fantastic job of making it fun and challenging as you progress through the chapters.

Described by the developers as a “surreal trip through an archipelago of forgotten worlds”, Land’s End is one of the most abstract Samsung Gear VR games you can play today. Even though the game is very short, it is still worth trying in VR due to it fun, simplicity, and smoothness while running on a Gear VR headset.

Minecraft is the most popular game on the planet right now. Naturally, Microsoft would want their flagship game (sorry Halo) available for purchase on as many platforms as possible. The good news for Gear VR owners is that Minecraft: VR Edition is another solid port that looks beautiful in full stereoscopic 3D. This version of Minecraft is based on the very popular Pocket Edition, offering all the same gameplay and support for downloadable skins and multiplayer. Regular Minecraft is one of the greatest games ever so naturally, it is also one of the best Samsung Gear VR games as well.

For those of you who are still unfamiliar with Minecraft, it is an open-world survival sandbox where you can build whatever you want. Those looking for any new elements or gameplay will be out of luck. What Minecraft: VR Edition does come with two different viewing modes, theater and full 3D. Theater mode lets you sit in a virtual living room while playing the game on a monstrously sized screen. While playing in full 3D is an awesome way to enjoy Minecraft, theater mode allows you to play for longer without straining your eyes.

Oculus Arcade is half video game, half-virtual environment experience. This free game allows you to walk around an empty virtual arcade where you can play actual 80’s and 90’s arcade games from popular arcade cabinet makers like Sega and Namco.

The best part about Oculus Arcade is that it is free to download, walk around the virtual arcade, and play select games like Sonic the Hedgehog and Pac-Man. If you want to play more, you need to purchase tokens with actual money to use on the machines and keep playing, extremely similar to a real arcade. Oculus Arcade may not keep you entertained for long, however, but it is a unique VR experience that offers access to some of the best games of all time. 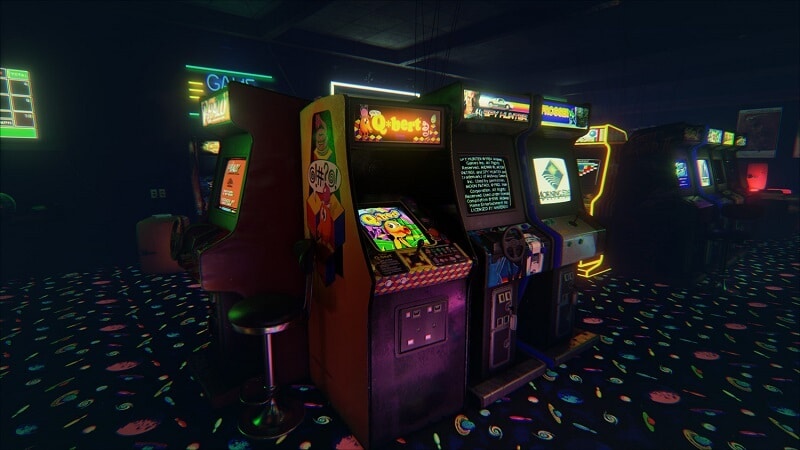 Please Don’t Touch Anything is a simple puzzle game filled with a ton of charm, secrets, and Easter eggs left for players to discover. You play as someone filling in for a person on a bathroom break whose sole job is to sit and watch an empty control panel and computer screen, with the exception of one red button. Your only instruction is “please, don’t touch anything” so naturally, you are going to want to click anything you can. This may not seem like much, but the more you investigate the control panel, the more you uncover.

Please Don’t Touch Anything is a remake of a pixel-art point and click adventure game, set in a full 3D environment. Similar to Keep Talking and Nobody Explodes, the stereoscopic 3D effect does not add much except gameplay wise, but it adds to the immersion. A typical play through may only last you an hour, but the game offers enough secrets where you will always be discovering something new every time you play making this one of the quirkiest and best Samsung Gear VR games available.

You do not have to wait five more years before VR video games are good enough for you to spend your hard-earned money on. The above seven games show us that gaming in VR will only get better and better. If you are a Gear VR owner, looking for something new to play or are looking for the perfect game to demonstrate VR to others, these games are the absolute best Samsung Gear VR games you can play right now.