The Google Cardboard is one of the first virtual reality products to be released to the public, offering an affordable alternative to more expensive headsets. Released in 2014 and available for both iOS and Android, a plethora of apps are available on the appropriate app stores. Below we discuss the best Google Cardboard apps to make sure you get the best possible experience out of the VR set. 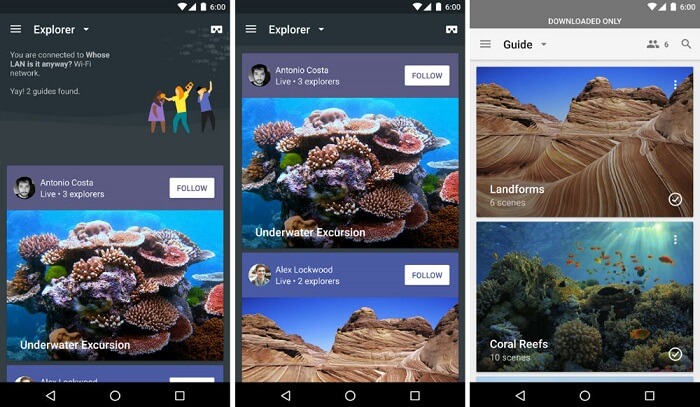 Google’s very own Expeditions is a mesmerizing VR experience that allows anyone to use it, giving the ability to go on 600+ field trips. Users on the same Wi-Fi network will be grouped automatically, allowing partners to explore African plains, the Milky Way, and more. The beautiful scenery and immersive environments make this a no-brainer on our list of 2017’s best Google Cardboard apps.

You’ll play as either a leader or an adventurer. As a leader, you’ll be given data to relay and the power to pick things out within the app. Adventurers can just sit back and relax.

It’s hard to go wrong with YouTube, the go-to hub for today’s most popular online video content. YouTube is now offering a VR app with a 360 degree view of video cotent. YouTube is one of the best Google Cardboard apps for video streaming on all of your compatible devices.

From immersive virtual tours of random locations to music videos, you’ll step foot in virtual worlds you would have never imagined possible before. Check out YouTube’s official virtual reality channel for the very best VR content.

Introducing Netflix VR, the latest Netflix app available for Google Daydream, Cardboard, and Samsung Gear. It’ll play all of your favorite Netflix content with its own VR viewer. You’ll need a regular Netflix subscription, of course, but there won’t be any limitations on streaming.

From Law & Order to Stranger Things, you’ll be able to use Netflix VR on both Android and iOS devices. This will surely give movie and TV lovers a new way to enjoy watching video content. 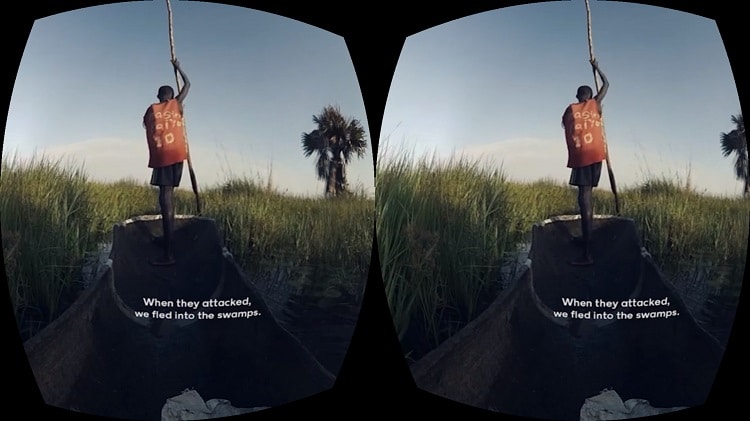 NYT VR brings the very best from New York Times straight to your Google Cardboard or VR device. The app includes features such as 360 video content for Cardboard, push notifications with new film releases, options to stream or download content, spatially-aware audio, and Daydream support. The diversity of NYT VR makes this an easy item to put on our list of best Google Cardboard apps available right now.

Users have the option to download or stream video content as well as pick up where they last left off. Setup your queue with the Up Next video streaming feature. Discovery VR is one of the best Google Cardboard apps for video content right now.

Looking for a relaxing, immersive VR experience? Look no further with Relax VR. Users experience a natural 360-degree hideout in various locations throughout Australia and Portugal. Choose a scene, pop in your headphone, put on your Cardboard and get ready to meditate. It may be surprising just how rejuvenating this app can be for the mind. This is by far the most relaxing app on our list of best Google Cardboard apps.

This app is highly recommended to anyone who experiences stress or anxiety and is seeking a healthy escape. Using Relax VR is a great way to use technology to meditate, and offers an alternative technique to those who’ve failed with other methods.

Those looking for the core Cardboard experience should download the official Cardboard app. Users can start a VR library and automatically have access to a variety of Cardboard demos included in the app. Try out Google Earth, the Tour Guide, My Videos, Exhibit, Photo Sphere, or Arctic Journey if you’re feeling like hanging out under the Northern Lights.

If you’re feeling a bit loopy, try out Kaleidoscope for a fun stereoscopic view of the old classic kaleidoscope view we’ve seen as children.

Those were our top nine best Google Cardboard apps for Android and iOS. Many of them are either inexpensive or completely free, so don’t hesitate to start working your way down the list right now. Have a favorite game or app we didn’t list above? Share your picks in the comment section below!