For this small review of Oculus VR games, we’ve decided to select the first person games according to the following criteria: the game must be from a first person view, obviously, so no switching, no third person, and no adventure; the game can be an old shooter adapted for Oculus Rift VR gaming, as long as it’s awesome, you’ll see it here; it doesn’t have to be a shooter – as you will see immediately, we’ve also accepted a few stranger entries in the world of first person Oculus Rift games.

Have you ever wanted to immerse yourself into the incredible paintings of Van Gogh himself? Well, you can now do that! With The Night Café, you can enter through one of his famous paintings, and then subsequently explore his other paintings as if you were in a museum. This incredible concept of a VR game isn’t really a game, to be honest. It’s more like 21st-century mannerist art since there is no final scope to the game itself.

However, what is awesome is that the world is animated. The strange, diffuse lights that Van Gogh painted in his post-impressionist works glimmer when you move around. The pianist moves his fingers on the keyboard, playing a sad tune. More importantly: Van Gogh himself makes an appearance, sitting in a chair opposite of the piano, smoking away at his pipe.

Many famous works by the painter make an appearance here, and we truly recommend this first person Oculus Rift game experience for just about anyone who can appreciate art in its purest form. 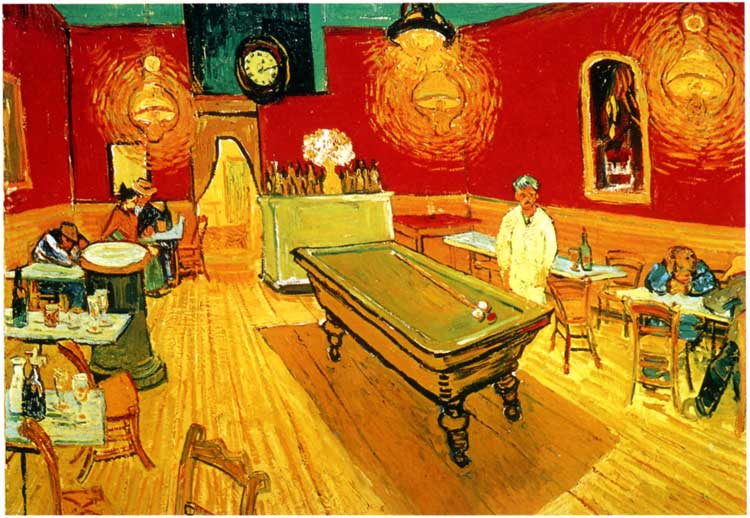 For those liking to dwell in dusty scenes of nostalgia, the Doom 2 port for the Oculus Rift is sublime. If you would like to relive the world of the very first 3D video games, then by all means you should get this amazing first person Oculus Rift game. Doom is not just a video game franchise, it’s a solid landmark in the world of video games.

Responsible for pushing the envelope in terms of video game aesthetics, Doom 2 revolutionized how we thought about video games. It deserves a spot high up there in this microculture, along with games such as Mortal Kombat, Grant Theft Auto, and Carmaggedon. All these 3 along with Doom brought people to the realization that yes, video games can be extremely violent yet incredibly entertaining at the same time.

It was games like these that spawned the ESRB rating. Today, we can pay homage to Doom 2 by downloading its closest relative the Doom 2 for Oculus rift. Check it out as soon as you get your hands on a headset. 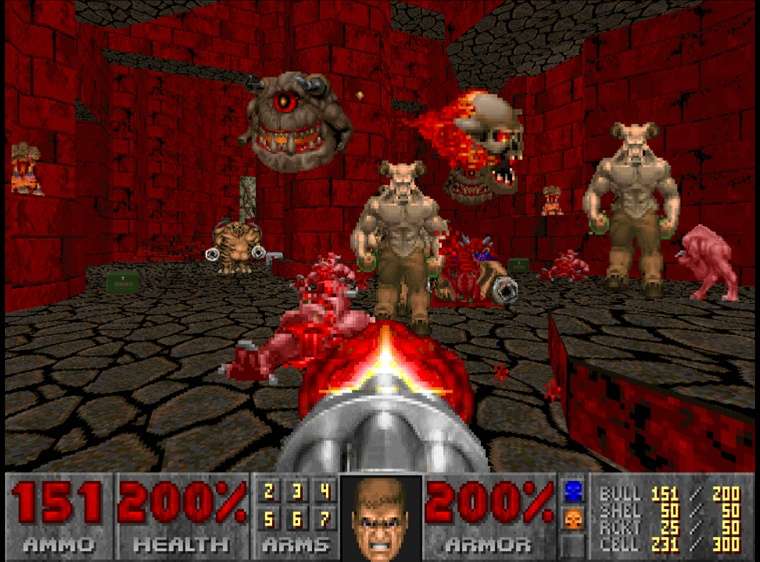 We’re going to admit: we got scared at this one. Crystal Rift is a VR game that’s designed to make you scared. Really, really scared. I don’t know if it’s the incredibly spooky background noise, the very closed in rooms, the neatly designed puzzles, or just the overall visual effects, but the overall experience of this game is simply phenomenal.

Of course, this first person Oculus Rift game is a survival horror. You’re placed in a dungeon and you have to crawl your way out of it. There will be mazes, there will be traps, and there will be a lot of skeletons to gawk at with your sword.

Surely, this game isn’t at the level of Amnesia, but really nothing can beat that one.

If there’s something that Oculus Rift game creators know, it’s how to make a scary game. Frima Studios are trying to do just that with Cypha Slaughterhouse. Yet another survival horror amongst first person Oculus Rift games, this one makes use of the well-established tactic of scaring people to death by adding two different types of animation on top of each other.

For this one, the team filmed themselves dressed up as scary goons and then superimposed the green screen 3D images upon the animated environment of the game. The result? Something utterly nightmarish and crude. The difference between the style of the textures of the characters versus their environment makes everything seem all the more surreal, and, therefore, mind-blowing in an I’m-going-to-make-you-need-new-pants way.

The Cypha Slaughterhouse VR game was released among oculus rift games for the DK2 back last Halloween and it’s done decently in sales. We truly recommend this game on account of its scary look.

Of course, we had to give the top spot on our list to this incredible, story-based Oculus Rift Game. Of course, the others are all well deserving of their places here, but if there’s something that really sets a game aside from others in the same genre, it’s the story. Coincidentally, the game is also developed by the innovative minds at Firma Studios.

The target of this game, not yet released, is said to be to produce raw emotion in the player entering the VR gaming world. Fated tells the story of a Viking family forced to relocate along with other refugees. The game, according to the demo, starts with you and your family (wife and daughter) going along a mountain trail in your one-horse wagon. As you press on, you are to be led through the backstory. 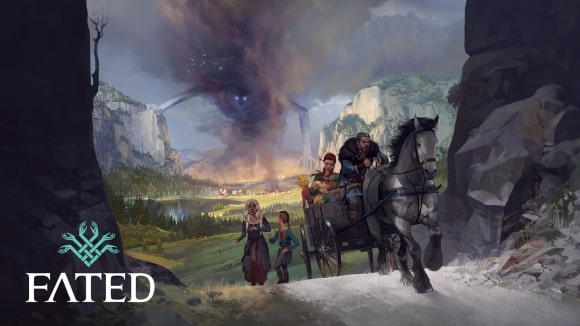 Lif, your daughter, starts off the conversation wondering what has happened to the world, why are you forced to relocate, and why you are upset at her. She quietly asks why you’ve stopped talking. In a very nice touch, you can’t answer the little girl directly. All you can do is not yes or no. This adds to the beauty of the game which we expect with extreme enthusiasm. Meanwhile, check out what will be the main song of the game in the video below, we promise you’ll tear up.

Which of these games are you more excited about? Have you downloaded any of them yet? We here are biased for Fated, which we think will be one of the greatest story-based games ever to hit VR gaming and first person Oculus games. But we’d love to hear your opinion about all this.