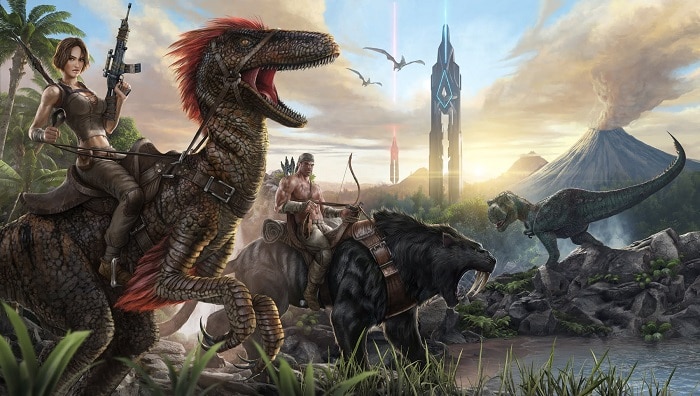 Wilderness survival games are growing in popularity and are in a niche of their own. They basically pit the player against the elements of nature instead of hordes of enemies, such as zombies. The 10 games in this list focus on staying alive in a dangerous world and only by becoming self-sufficient will you be able to last long enough to see another day.

ARK Survival Evolved is one of the most interesting wilderness survival games on the market. It takes place in a world inhabited by dinosaurs and your goal is to collect the resources needed to survive in a deadly environment. Eventually, you can tame and train various dinosaurs to help you not only survive, but thrive.

Multiplayer mode is a major part of the game and whether they are friend or foe, other people are in the same world trying to survive as well. If you ever have enough resources saved up, you can even build villages, castles or cities. 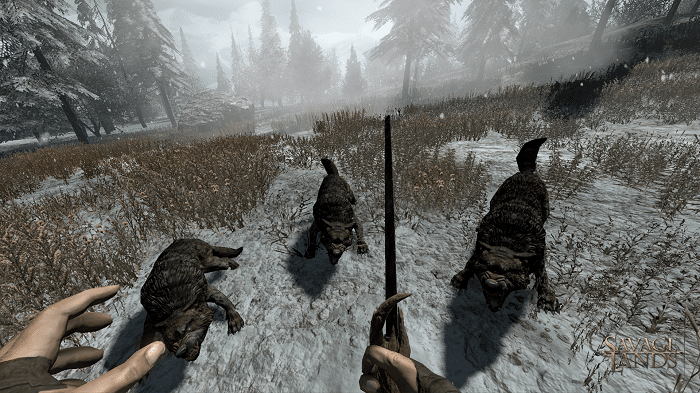 Most wilderness survival games have a character that you play or a storyline that must be followed, but that is not true for Savage Lands. This fantasy-based survival game allows you to create and customize your character, cooperate with other players and make your own decisions while uncovering the history of the world you live in.

You will find yourself in a very open world where you can explore, kill creatures, gather essential resources, build shelters to live in and craft a wide variety of items that you will need for survival. Once you have the necessary items, you can even build entire villages to increase the chance of surviving in the brutal world. 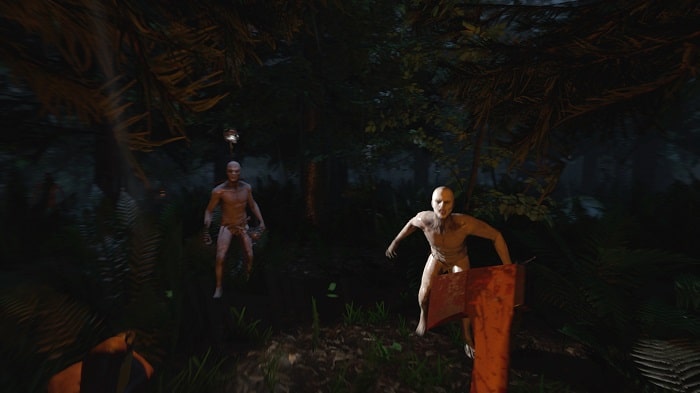 After surviving a plane crash, you will have to learn how to survive in an eerie forest inhabited by cannibal mutants. The large open world has many fascinating areas to explore, including caves. With the resources collected, you will be able to eat, set up a camp, start a fire and build any kind of shelter you want to. You will also have to devise weapons and traps to defend your shelter at night when the mutants attack.

The Forest is presently an early access game and is not yet in its final version. It is already an excellent game and, in the future, more great features will be added. 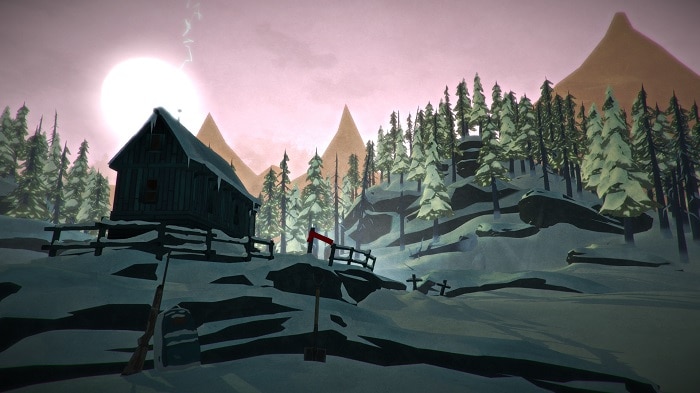 The Long Dark is a true wilderness survival game. A disaster resulted in the world being a cold, dark place and you are on your own in it. Your goal is to survive as long as possible in this massive open-world environment which contains several locations to explore. Materials can be collected and crafted into useful items that will help you to overcome the challenges of staying alive.

Features such as dynamic weather conditions, a variety of wildlife, fatigue, hunger, thirst, calorie counting and many in-game items like tools and weapons make it a game that can be played over and over again.

Minecraft is one of the most well-known and popular of all the wilderness survival games available. You can shape the land around you by using blocks, but you also have a hunger meter that you need to keep full in order to survive. Tools, food, weapons, potions and various other items necessary for survival can be crafted in this game.

The large open-world contains many different biomes to explore, such as snowy, forest and desert. In each biome, there are unique resources that can be harvested and used for survival. In addition to the resources, you also encounter a wide variety of good and bad creatures. 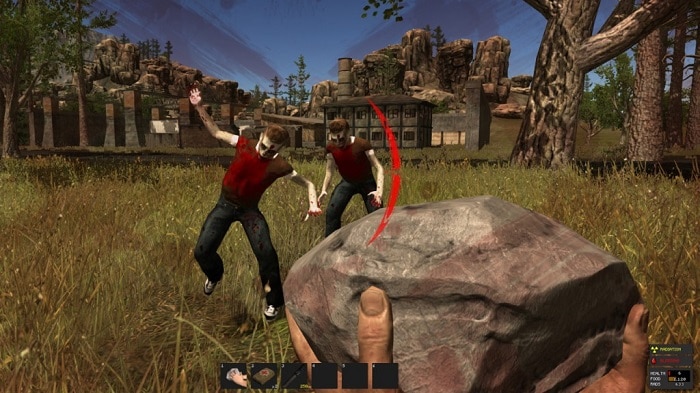 Rust is a ruthless and immersive wilderness survival game. The goal of the game is to do whatever you have to in order to survive. You will have to eat, drink, build shelter and stay warm. Other players can also kill you, so you will also need a good defense. There are a variety of tools and guns available for players to use.

When you spawn, you start off with nothing and will have to immediately find ways to stay alive. There are clans to join and when allied with other players it is even possible to create a town. 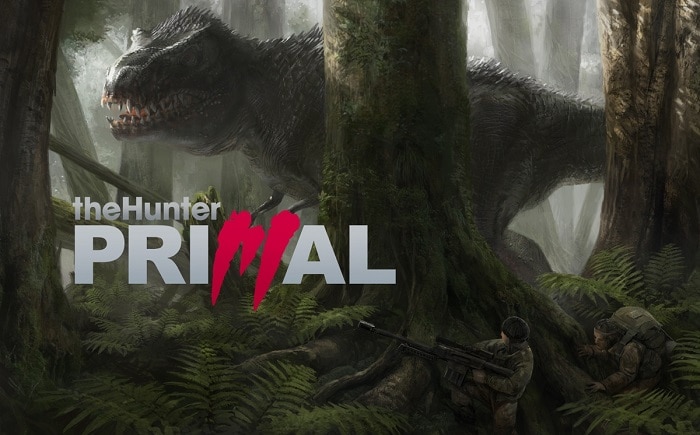 In theHunter: Primal you are sent to a world of wilderness and danger. Your goal is to tame the planet so that a civilization can thrive on it. You can choose between solo and multiplayer modes. The PvP feature can be turned off and that allows you to play in a cooperative way with other players or friends.

The world is large and can be freely explored. You start off with some basic supplies, but they are only good for the beginning and you will need to find ways to obtain better weapons and items in order to survive this Cretaceous environment. Five powerful and deadly dinosaur species roam the world and you will need to be prepared for those encounters. 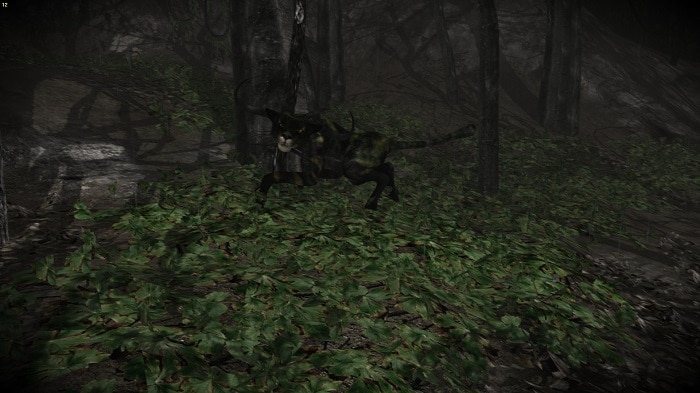 In Miasmata you take on the role of a scientist afflicted with a plague who travels to an island research outpost. You will travel the island discovering medicinal plants and uncovering clues in various locations that could lead to a cure for the plague. While you explore the island, you will also need to outwit a deadly creature.

True to the wilderness survival genre, you will need to prevent dehydration, exhaustion, and fever by finding water and shelter. A unique feature of this game is that you will have to create the map of the island on your own by exploring it. 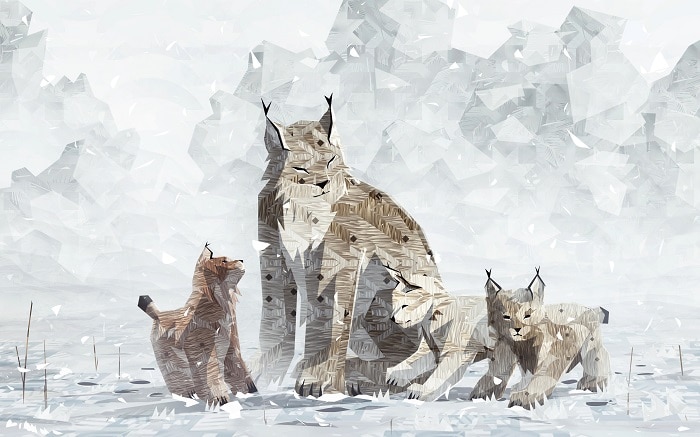 Shelter 2 is somewhat different from other wilderness survival games because you play an animal instead of a human. You start off as a pregnant lynx and after having cubs it is up to you to ensure that the whole family survives the harsh tundra environment.

Features such as changing seasons, killing prey, finding safe shelters, drinking water, eating and protecting cubs make this a very realistic game. The world is large and open, so you can explore with your family and find the places where the chances of surviving are the greatest. 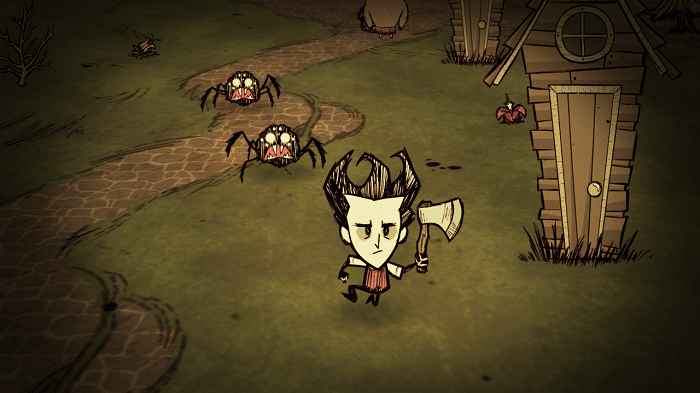 In Don’t Starve you find yourself in a strange and dangerous world. You are a scientist who was sent to the wild world against your will and now you have to find ways to survive. There are no rules or restrictions on you as you explore and do whatever is necessary to live another day. Since maps are randomly generated, you can play repeatedly and never have the same experience twice.

The goal of the game is to find your way out of the world and get back home. In order to accomplish this, you will have to farm, hunt, battle, research and craft items.

As of now, these are the top wilderness survival games available for you to try. Regardless of whether you play just a couple or all of them, you will be immersed in a new world and will have to do whatever it takes to survive. Although there are not many games in this genre to choose from right now, that could change in the near future since they are becoming more popular.

If you enjoyed going through this list or you just want to share your opinion about wilderness survival games, please feel free to leave a comment.