The Debate of Virtual Reality: Sculpting 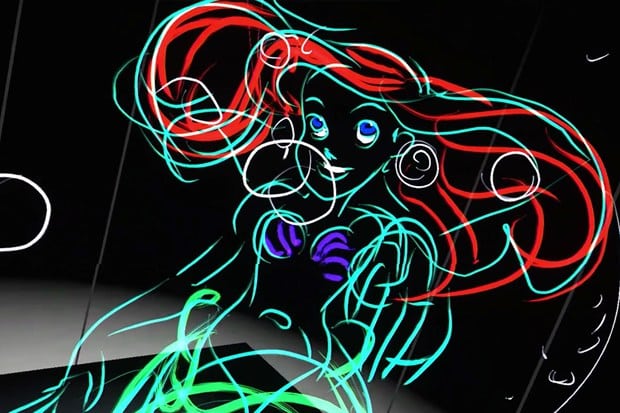 Imagine what Michelangelo could have done had he the phenomenal tools provided by the current virtual reality devices. And I’m not talking about the ninja turtle. No. I’m talking about the real life Michelangelo: you know, the one who painted the Sistine Chapel and sculpted the Statue of David? Yes, that’s the one.

Imagine that he had the opportunity to work with apps like Tilt Brush.

Within virtual reality, drawing and sculpting unite. You no longer have to limit yourself to the pen and paper. Nor to the tools of the sculptor. But you can have both of these two merged as one. The brush that the Tilt Brush app utilizes can be used to draw, or to sculpt. Frankly, there is no clear difference anymore between the two. So if you would like, you can truly become a man of the Renaissance, all the while by using a 21st century device.

But you don’t have to trust me for this. There’s someone else who has already gone through the labor and has proven that, indeed, the tools of this age can push us into new realms of art. And that someone is Disney’s very own famous animator, Glen Keane. At the humble age of 61, Keane likes to keep an incredibly open mind to technological advancements. That’s exactly what prompted him to try and draw out his cartoons in virtual reality.

But who is Glen Keane? And more importantly: what were his best drawings?

Glen Keane is one of Disney’s most iconic animators. A Philadelphian with a passion for drawing ever since his childhood, he’s been responsible for a great number of our favorite on screen animated characters. Of course, out of all his creations, the most popular is the little mermaid herself, Ariel. But did you know that he is also the animator behind Tarzan? Or Aladdin? Or Pocahontas? Or the Beast from the Beauty and the Beast? He even animated Rapunzel from Disney’s recent almost-classic Tangled.

With so many great characters under his name, for some of which he even contributed with the story, Glen Keane should be world famous. And he is! For his life-time devotion to animation, art, and telling beautiful and heartwarming stories, as well as bringing them to life, Glen Keane has received numerous awards, including being named a Disney Legend back in 2013.

Glen inherited the art skills from his father Bil Keane, who also was a famous cartoonist, best known for his series coming The Family Circus. The whole family seems to be extraordinarily talented, as Glen’s brother Jeff has been the one to continue his father’s series, and currently owns the rights to The Family Circus. Furthermore, if we’re to believe recent reports from Glen himself, maybe we will be seeing more members of his family entering the business, as he has taught his son Max how to draw in his incredibly vivid and unique style.

A Revolution of Art

If we’re to think a bit progressively, the simple matter that drawing has entered the realm of virtual reality can mean a revolution for the plastic arts. Drawing has thus been merged with sculpture in creating amazing, one-of-a-kind artistic pieces that are sure to become more and more advanced.

After all, are not video game environments art in its most pure form? And animated movie environments as well. But until now, those who made these incredibly beautiful works of art were indeed limited to a 2-dimensional space of work. They had to conceptualize and draw 3D-looking figures, while remaining in a 2D environment – the pen and paper, or the pen and the graphic tablet.

But with the advance of technology, soon, animators, concept designers, and even painters, sculptors, and patrons of the classical arts could all go into virtual reality to make their masterpieces. Because virtual reality gives one much more than simple life-like tools to shape the figments of their imagination into something real. The handheld dual-wielded tools that let you draw like a sculptor, and sculpt like a painter, have been adequately called wand-like.

The wands of Tilt Brush and Tilt Brush-like apps don’t just look like magical tools, they can create actual magic. And this magic takes the form of 3D drawing. With a pair of Oculus goggles on, and these two mini-wands in your hands, you can let your imagination run wild. And the best thing is that you can shape the world, the characters like they were real. You can make them life sized versions, as tall as you like.

We don’t exactly know what app Glen Keane is using, as we can see in the video that he’s shared that he has a pair of Oculus Rift goggles on, while the official Tilt Brush app available is only made for Google Cardboard. However, what we can determine from that video is that he is thoroughly enjoying his experience.

In the video, he tries to draw life-sized, 3D versions of both Ariel and the Beast. What he confesses after he has had this experience is that the drawing experience ceases to be drawing. It’s much more than that. He calls it a “dance” – and that’s exactly what it is. A creative dance through which you make your own ideas turn to reality. And Keane underlines one other key factor: when the goggles are off, he can remember exactly what Ariel looked like. He can reshape her in his mind, and can easily go back into virtual reality and continue the job.

Maybe that’s just the way humans operate. 3D has been proven to be much more potent than 2D. How easily can you remember an object, say a vase, you see and touch in real life, versus one you see on TV? Of course, you remember what you have been touching, because your brain can attribute more qualities to it. It’s the same basic principle with virtual reality as well.

Could such an endeavor be criticized? Could there be downsides to immersing ourselves more and more into this artificial world, where we can make our every whim come true? Sculpture, painting, and drawing – all three surely benefit from the new technology. The boundaries of art have been already enlarged. It remains to be seen what will fit within those boundaries.