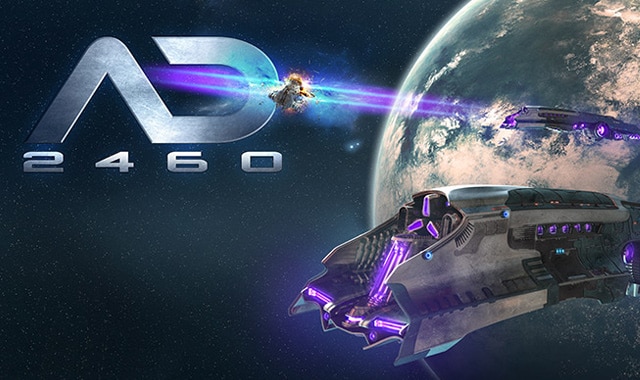 For lovers of the genre, the hunt for the best free MMORPG games is always ongoing. Free games used to have a bad rap for lower quality or lacking support compared to triple A titles, but today’s games are quickly changing that reputation. Some of the highest rated games on the market won’t cost you a penny and will pay out boatloads of enjoyment.

Published in 2001, Trion’s knockout hit is still going strong with its third expansion now available for pre-order. This means that all content available currently is free to play, but when the expansion drops, end game will cost you 40 USD. You’ll get hundreds of hours to decide if the investment is worthwhile adventuring across Telara. The game plays like your standard MMORPG, so veterans will quickly feel at home, but will appreciate the game’s namesake twist: rifts.
These monster-spewing hellgates spawn across the map and wreak havoc on the towns and people they meet, so players are encouraged to team up and stop the destruction in its tracks. New players will find that most zones have a healthy population of higher levels who will help out with rifts, though everyone has at least one rift horror story.

Familiarity with extras is what makes Rift so good. Players looking for PvP similar to World of Warcraft will enjoy Rift, which has battlegrounds available via queue in a similar style. Housing came to the game several years ago and is affordable and engaging. The questing system is much the same; the formula works, and Rift tweaks it just enough to slip into a niche spot as one of our best free MMORPG games.

The long-awaited Korean martial arts title finally came to North America with NCSOFT in early 2016. The game was hyped not just for its action combat system and unique gliding mechanism, but also for its hyper-sexualized character design that definitely helped it to stand out. Reviewers have scored the game pretty highly since its release, noting in particular the smooth combat that’s easy to learn but difficult to master, the fun dungeons that break up the monotony and make leveling enjoyable, and the skill required to dominate in PvP, available both open world between the two opposing factions and instanced.

PvP is perhaps where this game’s potential is the highest, as the skill-based combat made it hugely popular in Korea. Similar eSports tournaments haven’t quite found the same wave to ride in the US, but several cups held at large gaming conventions showed that the demand is there; the right people just have to come along to carve out the scene. Even without this support, Blade & Soul is genuinely enjoyable, granting it a spot on our list of top free MMORPG games.

This one is for oldschool fans, or people who generally enjoy tons of detail and interesting mechanics over graphics. That’s because this game is different: it’s browser-based, but not like that; it’s actually a design that enables function across platforms. AD2460 is a strategy game, set in post-apocalyptic space, generations after humans experienced The Scattering that left them flecked across space, developing their own little nations. You take over as the head of one such system and, through careful cultivation, investment, trade, and politicking, you can launch your one planet into the heart of an empire.

The game has a bit of a learning curve, mostly because the amount of information initially presented to you is overwhelming to say the least. A comprehensive introductory walkthrough is helpful, but only diving in will truly enable you to fully understand the game. Micro-managers and type A personalities who thrive on order and control will love the complexity. AD2460 is like Eve-lite, thriving on providing the capability to play from anywhere on any device that makes it one of our top free MMORPG games.

The second action MMORPG to hit this list, TERA is still talked about today for its gorgeous graphics. The game is truly stunning and the combat is fast-paced and challenging, making for a game that plays amazingly well. The quests, newbies will find, suffer the curse of many Korean ports— they tend to be boring, repetitive, and mostly skippable if you don’t mind a grind. End game content is interesting and major updates come often enough to keep the game from getting stagnant. The recent Steam release saw renewed interest TERA, meaning new players are still trickling in and you won’t be alone for lower level content.

TERA’s major draw is its highly stylized graphics. The stunning scenery and flashy skills paired with unique environment and creature design make for a game that truly wows. Playing the game is honestly an experience and the engaging combat doesn’t disappoint, scoring TERA a spot on this top free MMORPG games list. 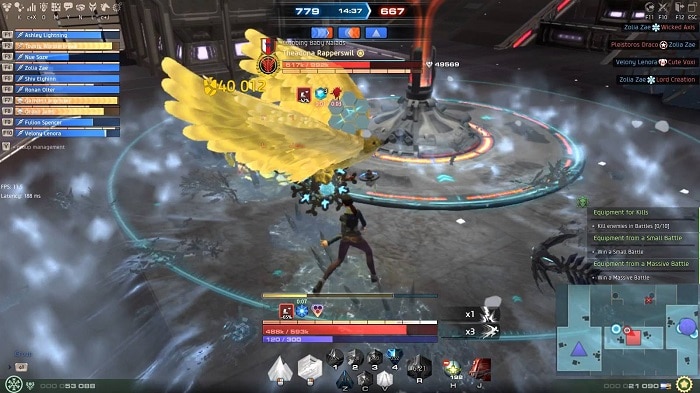 If you remember Allods Online fondly, you might already know the team went on to create a stunning action MMORPG. In Skyforge, players become gods and grow their power alongside their following. Worship grants you strength; Adepts spread the word of your Immortal, gaining you followers and bringing you offerings. The system is extremely cool and feels very rewarding— there’s an undeniable thrill to visiting the temple to talk to your adepts, who you’ll find stationed at the foot of a monumental statue of your player character, surrounded by the statues of other players. As your rank grows, your icon moves up the floors of the temple, and the materials used to craft it become more precious. Building your following and deploying your adepts adds an interesting layer to what is otherwise a pretty typical MMORPG.

Skyforge plays like a lot of other action games, though one other change is pretty noticeable: players of Destiny or Vindictus will recognize the hub system the game world utilizes. Gamers who enjoy open world titles might find Skyforge a bit repetitive, but the game is lucky to have committed developers and new content keeps this drawback from being too glaring. Great graphics, fun combat, and a creative god mechanic earn Skyforge a distinction as one of our top free MMORPG games.

Free MMORPG games are still a highly underrated market and a lot of this is due to player hesitancy. Most people have one free game they got invested in only for it to wind up pay to win, or die at the hands of inattentive developers. But today, with more pay to play games switching to free models, competition is driving quality and free games are better than ever. Did we get your favorite? Tell us in the comments below!