How Virtual Reality Works and Where It’s Heading 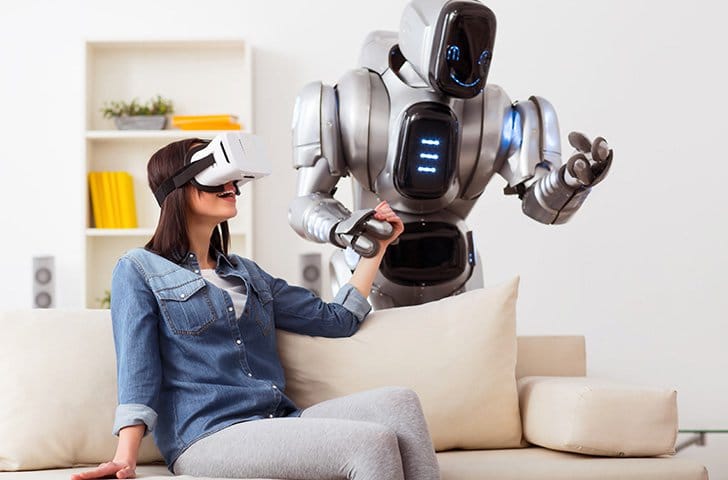 Gamers in the early 90s were enthusiastically awaking the advent of virtual reality (VR). They were looking at VR as something right on the horizon. A technology which was going to change everything. Instead that promise fizzled out with lackluster offerings such as the Virtual Boy.

Nearly two decades later a similar expectation is in the air. The main difference is that the proof of concept is already in people’s hands. The future of VR is no longer centered on the question of when it’s going to appear on the market. Instead, the question is how the modern incarnations of VR will change, evolve and converge.

The Current State of VR

If one were to look at basic news articles, virtual reality might seem almost old hat at this point. The term VR can be somewhat fuzzy, and this has led to people getting a little ahead of themselves over the years.

The first thing one should do when looking at VR is to actually define the term. This also involves asking how virtual reality works. This isn’t nearly as straightforward an answer as one might imagine. When people think about virtual reality, it’s easy to forget that the phrase should really place the emphasis on the word reality because virtual reality is trying to model every aspect of someone’s perceived reality. As will be made increasingly clear, this involves a large amount of processes working in tandem with each other. Any of these components getting slightly out of sync with the rest can break people’s immersion.

The simple answer to the question of how virtual reality works is that it’s done through this display system. The better the display the more immersive the virtual reality experience will be. This is also why it tends to be so costly. The lowest end virtual reality setup will use a single screen display mounted within the headset. Past that point, a system will use dual screens, one for each eye.

As the price point goes up, the quality of the display will increase. At the moment a higher resolution display at a small enough size to fit in a VR headset is quite costly. However, if one can afford it the extra immersion will usually be worth the price. It’s almost a given that quality of display will go up in the future while the cost will go down.

The Hands on Experience

Vision is the most important part of VR, but in the end it’s basically just TV pushed up to one’s eyes. What makes VR a full experience is the interaction. Reality is a continual process of cause and effect. A person turns his or her head and the field of vision will change. Someone throws a ball and there will be a tactile experience as it leaves the hand.

When people ask how virtual reality works, this is part of the larger answer. It’s not just about recreating a single aspect of the world. It’s about recreating the full chain of cause and effect. Right now, this is one of the areas where the most growth is occurring. The visual systems might not be uniform, but people are fairly certain of what works and what doesn’t. Trying to recreate the world’s cause and effect is a more delicate matter where there’s a lot more competition.

Companies are getting there when it comes to a real hands on experience. Motion controls on the higher end devices are serviceable. It still doesn’t really feel as if you’re gripping onto something. At the same time though, it’s quite obvious that there’s progress being made there. This is much less apparent when going to mid-tier devices though. Like higher quality displays, it’s a given that improvements will trickle down to lower tier devices over time.

Walking in a New World

Positioning within VR is quite similar to motion controls. Ideally, one should be able to walk around in the real world and have it reflected in the virtual space as well. This is another area where it’s clear that the industry hasn’t quite decided what the best answer is. The answer of how virtual reality works when looking at positioning is a bit less clear than with vision.

There’s a lot of questions about how much space is needed and how that can be worked with inside a virtual world. Virtual reality should give an immersive experience. However, at the same time, it’s being used in people’s living rooms or areas with even less walking space.

The Future of VR as a Gaming Platform

In the end, when people ask how virtual reality works, they’re actually asking about the future of the industry. Looking over every feature of virtual reality shows that the foundation has been set but the details are still being put into place. This is far different from the 90s when virtual reality was just a dream. It’s currently a reality, but one which might grow in different directions.

However, while people tend to focus on hardware, it’s software that is the biggest playground. The software currently running on VR headsets is usually still fairly primitive. All but the best games still have the feeling of a tech demo to them. It can feel a bit like early efforts at 3D gaming on first generation hardware. The decision to use 3D came first, and games were built around it.

Right now, that’s similar to how VR software is developed. Most of the games involving VR have the platform as the primary selling point and gameplay as a secondary concern. The biggest thing to look forward to in the future is fully immersive games. Immersive MMORPG games are thought to be the real killer app of future VR. The current generation of MMORPG do a great job of creating living worlds filled with real people. Future VR will allow people a chance to almost literally step into those worlds.

Maturation of hardware is going to be important. However, at the moment, the top of the line VR systems are probably going to be fairly similar to what people see in the next handful of years. They’re full of untapped potential that will be shown when new software comes along that makes the best use of it.

Virtual reality works by combining a series of technologies that work together to create an immersive experience in a wide range of industries. VR will reach a whole new level level of success in the near future as it can only get better.