What Is the Difference between Augmented Reality and Virtual Reality?

Virtual reality has been making headlines for the past few years. What was once science fiction suddenly burst into the average person’s gaming experience. But a related technology is becoming a little more common as well.

Augmented reality is similar enough to virtual reality that many people end up confusing them. Both are high tech ideas which play with people’s interaction with the world. But they both offer a quite different experience. So, what is the difference between augmented reality and virtual reality? In the following article we’ll answer the question.

The Basics of Virtual Reality 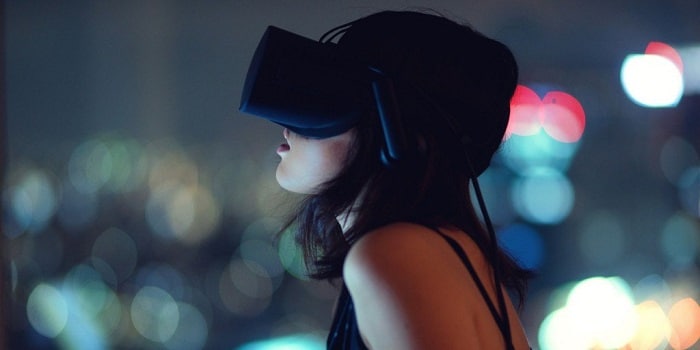 To understand the differences in these platforms we’ll need to first define them. Virtual reality is easily the more commonplace of the two. When people think of technology that immerses them in a new world than it’s usually virtual reality.

Virtual reality essentially seeks to entirely remove someone from the world around them. As the interface hides more of the world the experience becomes more pronounced. But this isn’t sensory deprivation. The world around someone is only being hidden so that it can be replaced.

One will typically wear a headset which has two small monitors within it. The headwear itself hides the world. And the monitors fully replace what one would normally see in front of them.

The methods used to interact with this virtual world aren’t standardized yet. At the moment this is usually one of the more limiting features of virtual reality. There just isn’t a way to interact with virtual objects in the same way one would with real objects.

The best compromise so far involves fairly primitive hand controls. Though sometimes one will simply use keyboards or gamepads. Most people think that new interfaces will be the biggest area of future innovation.

Implementing an Idea into Standardized Hardware

Before looking at augmented reality it’s important to understand the state of things. Augmented reality is still in a more primitive state. Virtual reality isn’t quite standardized yet. But it’s close enough to have some level of cross platform compatibility.

That standardization doesn’t exist with augmented reality yet. As such, one can’t talk about the subject in absolute terms. There’s no industry agreement about what something needs to do in order to earn that label.

A HUD based model is fairly simple. It essentially sits within standard glasses and pushes data to a side display. This style of augmented reality is currently used within some specialty fields. For example, it’s good for reading documentation while performing a task. But when people talk about augmented reality they’re usually looking at more immersive implementations.

The Basics of Augmented Reality 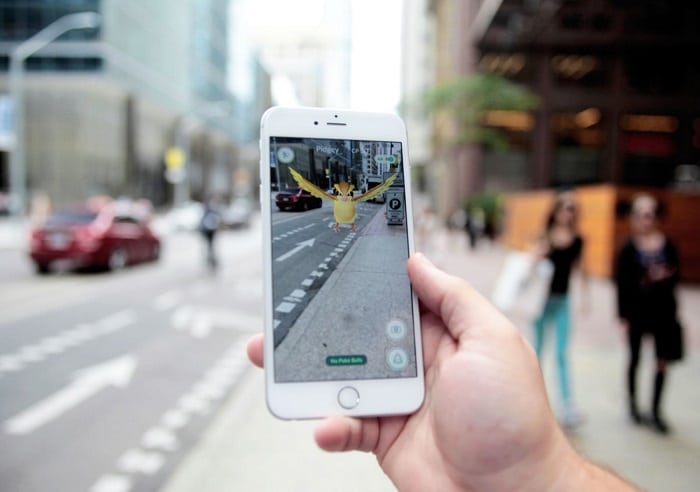 The more exciting branch of augmented reality actually overlays interactive graphics. There’s two ways of accomplishing this. The easiest way is to use an external handheld display.
Some gamers might remember the cards included with a 3DS. Not many games made direct use of the cards. But one could lay a card out and then view it with the 3DS. The 3DS would place animated figures on top of the cards.

Differences and Similarities between AR and VR 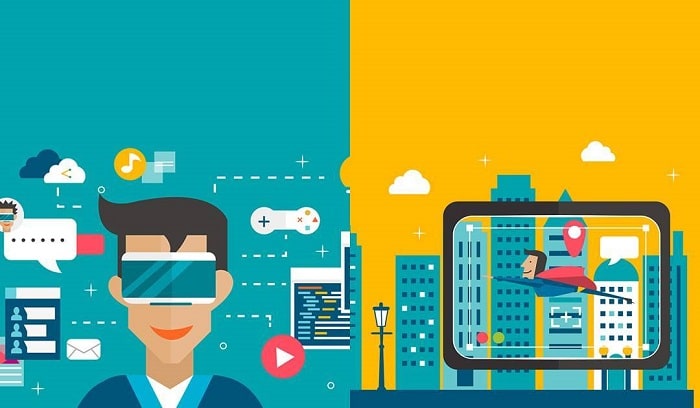 At the moment the major difference comes down to immersion. Virtual reality provides a fully immersive experience. The headsets essentially create a whole new reality for people. While augmented reality usually sits within handheld devices. At the same time, it’s easy to see how these differences will wear away over time. The basic technology used in both augmented reality and virtual reality is similar. Both involves pushing visual information into one’s line of sight.

Virtual reality intends to replace reality. While augmented reality essentially tries to merge virtual and real world sights. And this is one of the best ways to look at the differences between the two platforms.

But with augmented reality one needs to be mobile. It needs to travel with someone. The increasing power of smartphones makes this easier. But it’s going to be a while until they reach a state equivalent to desktop PC systems or consoles.

In terms of gaming, virtual reality is easily working with some big advantages. It’s in people’s living rooms right now. But games like Pokemon Go have shown that augmented reality is becoming increasingly viable as a gaming platform.