How to Play VRChat Without VR and Still Enjoy the Game 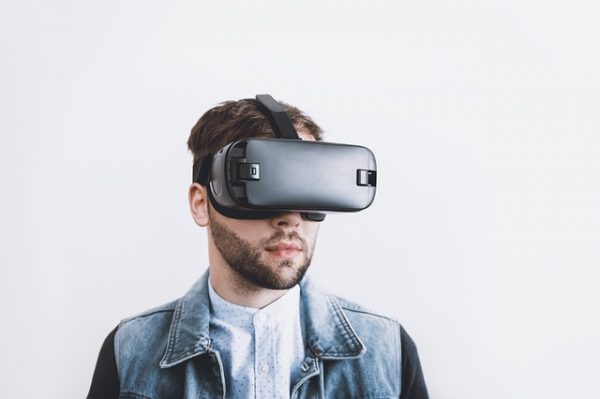 VR or virtual reality is an experience taking place within a simulated and immersive environment. VRChat Inc. has developed a new game called VRChat, which gives users access to an immersive and interactive environment. But, you’re probably wondering how to play VRChat without VR if you don’t want to splurge on the VR equipment.

Despite the growth of VR in the video game industry over the past decade, there hasn’t been much in the way accessible VR equipment. The equipment is costly, and as a result, it isn’t affordable for the average person.

Luckily, there are ways to play VRChat without VR, so if the equipment is too expensive, you can still join your friends in-game.

Although VR may be a technology that is still in its infancy, the history of VR goes back to the mid-20th century, more than 50 years ago.

The History of VR

VR may seem like technology from the future even to this day, but the history of VR goes back further than you may expect. Scientists and innovators have been trying to create functional VR for more than 50 years.

Tropes and gimmicks filled nearly all Hollywood movies in the 1950s as the industry was still new, and the people in the vanguard of the industry were trying to figure out what worked.

With the industry so new, some filmmakers had unique ideas of how to draw viewers to the box office. In 1957, this resulted in Morton Heilig inventing the Sensorama.

The Sensorama was a booth-like machine that was designed to give people the illusion of being immersed in a 3D world.

In 1960 he built on this idea by patenting the world’s first head-mounted display. In his lifetime neither technology was materialized, but Heilig set the groundwork for the development of VR in the future.

The first VR head-mounted display, or HMD for short, ever to be created, was created in 1968 by scientist Ivan Sutherland.

The device connected to a stereoscopic display from a computer program that depicted simple virtual shapes, which changed perspective as the user moved their head. Unfortunately, this never developed into more than a lab project.

At around the same time, Sutherland was working on the Sword of Damocles, military engineer Thomas Furness was developing an ambitious flight simulator called the Super Cockpit.

The project continued throughout the 1980s and was able to project computer generated 3D maps. The project was way ahead of its time and allowed for pilot trainees to control aircraft using gestures, speech, and eye movements.

Developed by MIT, the Aspen Movie Map was essentially Google Street View in VR. Photographs taken throughout Aspen, Colorado gave the user an interactive first-person journey around the city.

Although there was no head-mounted display, the Aspen Movie Map showed how VR could take people to other places.

Sega was one of the first companies to attempt to launch a VR headset as an accessory for the Sega Genesis. They created it to squeeze more life out of their 16-bit gaming console, but the headset was never released.

Sega claimed that it was too realistic, and they were worried people would hurt themselves while immersed. Despite it never reaching the open market, this was the first attempt at a mainstream VR headset.

In 2010, 18-year-old Palmer Luckey created the prototype for the Oculus Rift. The device had a 90-degree field of view, which was far superior to all other products that came before it.

The project raised $2.4 million on Kickstarter before Facebook purchased it in 2014.

Selling his company to Facebook created quite a bit of controversy for Luckey. Nonetheless, the Oculus Rift paved the way for the development of VR in the 2010s.

Today, VR has reached the mainstream with hundreds of companies working to create their own VR headsets. Massive companies such as Google, Amazon, and Apple are working to be the first to make an enormous breakthrough in VR.

With VR becoming mainstream, it may be the way of gaming in the future.

But if you don’t have VR yet, you may be wondering how to play VRChat without VR.

The game includes a way of how to play VRChat without VR for those who can’t afford the VR accessories.

When players launch the game, they can create their worlds instantly where they can interact with others through virtual avatars.

The developers released a software development kit alongside the game that allows players to import character models from other franchises to use as their avatars.

The player models are capable of lip sync, eye tracking, blinking, and complete range of motion.

Additionally, the game includes a wide variety of mini-games for you to play with your friends. The mini-games include games such as Capture the Flag, Steel ‘n’ Gold, and Battle Discs.

Where can you buy VRChat?

Luckily if you want to play a game created by VRChat, you don’t need to buy the game at all. The game is available for free on Steam and Oculus.

However, if you want to play on your phone, you can purchase it on Amazon.

If you’re wondering how to play VRChat without VR, you follow the same purchase and download process as you would if you were using VR.

The Need for How to Play VRChat Without VR

For some, a VR headset may be an expense they’re willing to pay. Being able to experience a virtual reality world may be worth the price of all the equipment that’s required to get a VR system to work at your home.

However, for others, that isn’t a luxury they can afford.

VR equipment is expensive, and for those who can’t afford it, they should still have the ability to play virtual reality games if they want to.

VRChat gets you out there

The developers designed VRChat as a social activity. It’s not a single player game. It’s designed to allow you to join your friends to experience a virtual reality world.

If you can’t afford the VR equipment, you should still be able to experience the game. If your friends are playing VRChat, hopping on to play the mini-games with them can always be a fun experience.

You won’t get the same experience as someone who’s using VR, but you will get to experience a game with your friends that you wouldn’t otherwise.

The developers designed VRChat as an inclusive game that was friendly to all users, and that’s why they made it accessible for those who don’t have access to VR.

What to Expect When Playing VRChat Without VR

Even though playing VRChat without VR won’t give you the same experience as it would with VR, it can be a good one nonetheless.

As we said, VRChat as a social game where you can meet up with other players in a virtual environment to chat and play games.

If you aren’t using VR, you will still do the same things. The only difference is you’ll view everything on your monitor instead of a VR headset.

When playing VRChat without VR, you will still create an avatar and interact and chat with the other players. You will play the same mini-games as the VR users.

The only real difference is, it won’t be wholly as immersive seeing the environments in the game on your desktop as they would be on a VR headset.

At this point, you’re probably wondering how to play VRChat without VR? Have no fear; we’ll lay out all the steps for you.

How to Play VRChat Without VR

Playing VRChat isn’t complicated; in fact, it’s just a three-step process. And these three steps will show you how to play VRChat without VR.

1. Make sure your computer meets the system requirements

If you play games on your computer regularly, you likely already have Steam downloaded. However, if you’re new to video games on PC, you will need to download Steam.

To download Steam, all you need to do is look up Steam or follow this link, and it will bring you to the Steam page.

There is a green icon that says “Install Steam” on the top right of the page. Click that link, and you’re on your way.

Once you’ve installed Steam, you’ll have to make an account. You need to do this to access games and play games on the platform.

You’ll be asked to verify your email address when you make your account, and once you do, you should be all set.

The final step in how to play VRChat without VR is to download the game. To do this, go to the store page in Steam. Once you’re there, you can search for VRChat in the top right.

Scroll down on the VRChat store page to where you see the green “Play Game” icon and click it. Clicking the play game button will start the download of VRChat.

After the game downloads, a notification will pop up for you, letting you know the game is ready to play.

Once you’ve downloaded VRChat and made sure it can run on your computer, you can go ahead and launch the game. When you start the game, a box will pop up, giving you the option to play in either VR mode or Non-VR mode.

Make sure to select Non-VR mode, and you’ll have completed all the steps of how to play VRChat without VR, and you can start playing.

Is It Worth It to Play VRChat Without VR?

Playing VRChat or any VR game without VR won’t provide the same experience as it would if you used VR. However, that doesn’t mean it will be a bad experience. The game can still be rewarding when played with friends.

Whether you end up playing or not, we hope you’ve found this information helpful.

Have you used VR before and are you going to play VRChat? Do you feel like you have a grasp of how to play VRChat without VR? Let us know in the comments!