GTA V Review: The Good and the Bad

Grand Theft Auto V is a third-person action game, released to great acclaim on the PC, last-gen, and current-gen systems. The game revolves around a trio of criminals who, for various reasons, are looking to change their lives. The game also features the Grand Theft Auto Online mode, which allows players a chance to jump into Los Santos by creating their own avatars and engaging in various tasks. The game is the seventh console entry in Rockstar’s series and the largest game in the series to date. It is also the first game in the series to feature a semi-persistent online world. 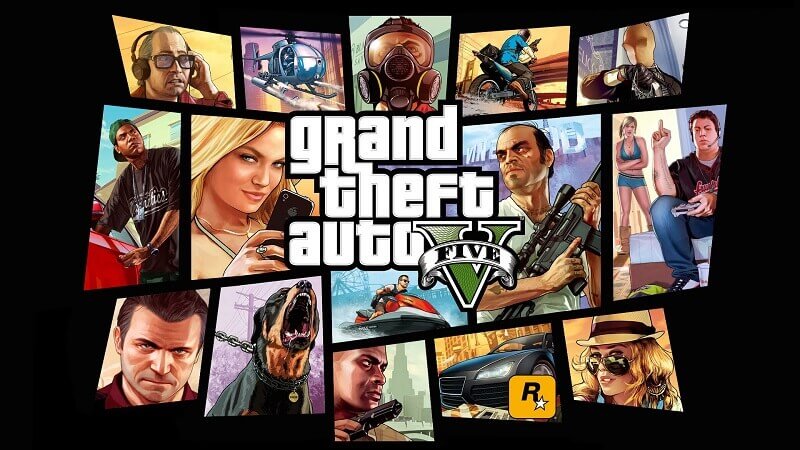 It’s not much of a stretch to say that Grand Theft Auto V was one of the most anticipated games of the last few years. Every Grand Theft Auto release is special and Rockstar has been upping the ante with every release. The real surprise here, though, is that the bar for Grand Theft Auto V wasn’t set by the previous games in the series – it was set by Red Dead Redemption, Rockstar’s other hit game.

Grand Theft Auto has always been a somewhat silly, somewhat lightweight social satire of a video game. When Rockstar made Red Dead Redemption, though, players were clued into the fact that the studio could craft something that would really make people care. Grand Theft Auto V couldn’t just be fun – it had to have some weight to it. It had to reinvent the series to keep it relevant.

In many ways, GTA V is what you get when a great studio pushes itself to its limits. From a technical standpoint, it’s hard to see how the game could be better. From a narrative standpoint, it’s almost impossible for it to be more ambitious. None of this, however, makes a game great. Whether it has what it takes to stand up to its lineage – or to Rockstar’s other hit franchise – is what this GTA V review is all about.

If we’re going to talk about what works in Grand Theft Auto V, there’s got to be a little bit of full disclosure. This GTA V review was written after dozens of hours of multiplayer game play. Grand Theft Auto Online is simply amazing – enough to sell the game on its own. It’s an amazing free multiplayer experience. From Heists to simple races, it’s worth playing over and over again.

If multiplayer isn’t your thing, there’s still a great deal to love here. The three-character mechanic is nice and it keeps the narrative moving at a brisk pace. San Andreas and Los Santo are particularly well crafted and they feel more like living cities than Liberty City or Vice City ever did. The game looks spectacular, especially if you have a PC that can run the game on max settings.

In short, this is a Grand Theft Auto game – players expect quite a bit, and this GTA V review thinks that the game mostly delivers on its promises.
There’s got to be a special note here for the driving in the game. While it’s not perfect, it’s so much better than the driving in GTA IV that it isn’t funny. It’s rare that a developer listens to fan complaints this attentively. 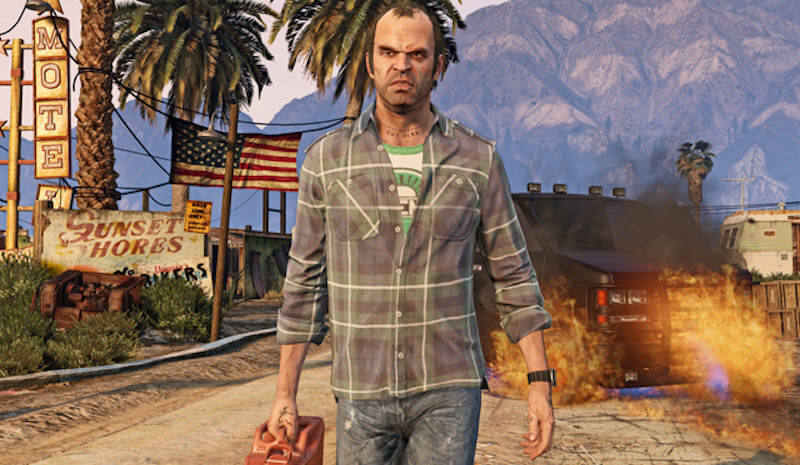 What We Don’t Like About Grand Theft Auto V

It feels a little blasphemous to go into a GTA V review talking about what didn’t work. After all, this is a series that regularly receives perfect 10s upon release. With that said, there are some issues that really hurt this game – issues that you might be able to overlook, but that you’ll definitely notice.

We’ll start with the obvious – there’s plenty of little physics glitches that run the gamut from hilarious to game-breaking. There’s weird bits of pop-in (especially on console) and you’ll get some stuttering and freezing from time to time. There’s nothing so bad as to make the game unplayable, but it’s still something that shouldn’t happen in an AAA game release.

The thing that keeps GTA V from being perfect, though, is the story. This is due in no small part because of the three-way narrative. The characters aren’t bad, per se, but it’s hard to maintain a consistent tone. Rockstar is going for its usual social commentary in this game, but it falls flat in places.

It’s also troubling that Rockstar seems to have stopped supporting the single player mode. There might be money in multiplayer, but it’d be nice to see an expansion at some point. The base game is surprisingly content light and needs a bit more love.

Most of this GTA V review was played on PC, and it definitely requires a fairly hefty right to run. Recommended requirements are a 3.2GHZ i5 processor or equivalent, 8GB of memory, an NVIDA GTX 660 2GB video card or equivalent, and 65GB of hard drive space. This will get you a reasonable level of fidelity – a better video card is usually helpful, though. Don’t bother with the minimum specs – they’ll give you much worse performance. If you don’t have a PC that can run the game, it’s recommended that you play on XBOX One or the PS4 – the remastered editions are much better than the original console releases.

If you play the game on the PC, it’s highly recommended that you grab an XBOX One wireless controller. The game definitely feels like it was made to be played with that controller in particular – driving still just feels awkward with a keyboard and mouse.

As you can see from this GTA V review, we feel there’s more potential here than anything else. While the story mode might not be as memorable as that in previous iterations, the online system is absolutely something that will be able to be refined to perfection. This game may not quite be a return to form for Rockstar, but it’s head and shoulders above most of the other games on the market. Agree? Disagree? Let us know below!