Building a Monster: the Gaming Rig for Oculus Rift 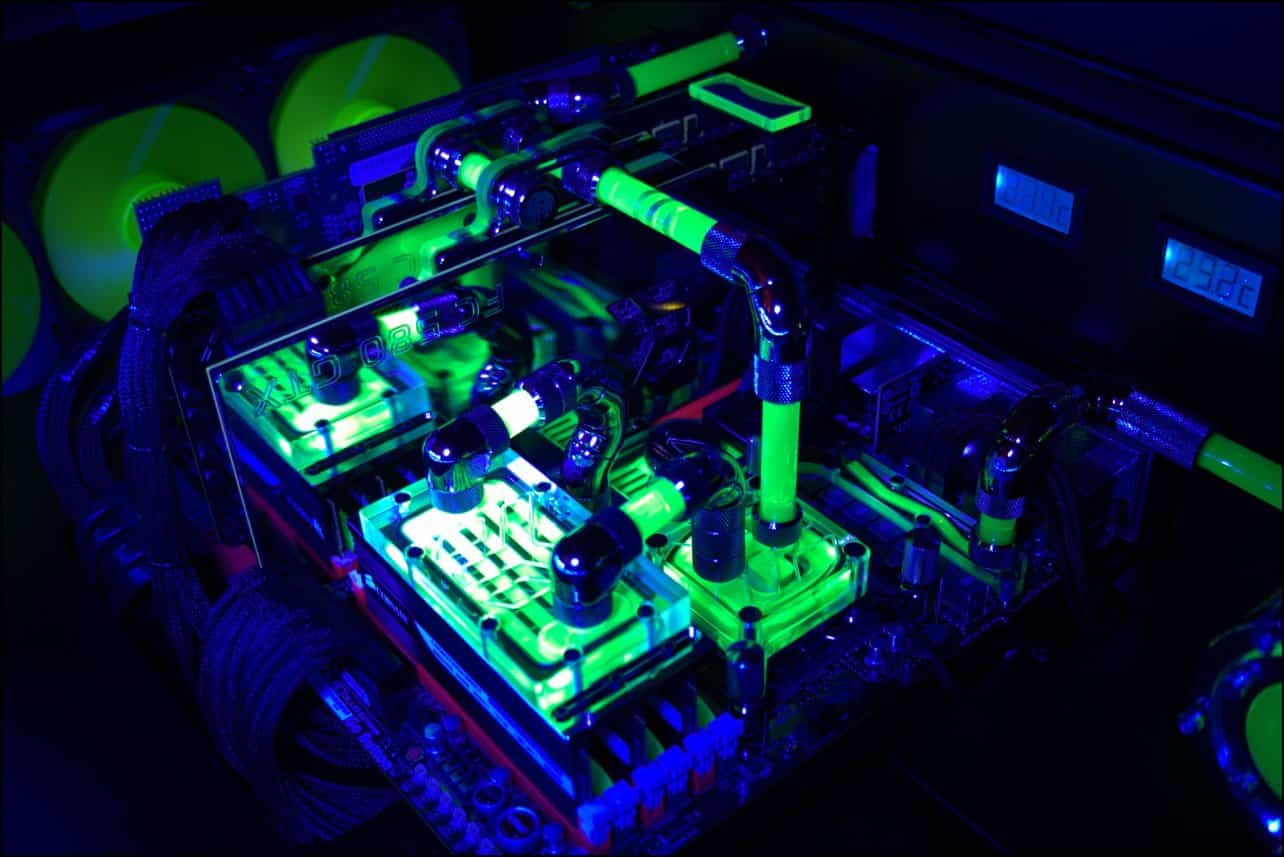 If you’re planning on buying the consumer version of the Oculus Rift, you should already be aware that you’ll need a very serious gaming station in order to use it. A specifically designed gaming rig for Oculus Rift. And you should also be aware that now is the time for you to get that station, as we’re not far from the actual launch of the Oculus. You should at least get to thinking about it, writing down specs and all that stuff.

Well, we’re here to help. Equipped with the latest in virtual reality news and in tech news, we’re making a complete guide to what you can get to ensure that you virtual reality experience will not only be optimal, it will be phenomenal.

Back in May this year, Oculus released the full specs that people are going to need if they want to make their PC Oculus-friendly. And – to just about everyone’s surprise – they were actually pretty low compared to what we were expecting.

Minimum Specs of a Gaming Rig for Oculus Rift

As I’ve said, a PC with the minimum specs needed to run the Oculus Rift optimally isn’t that expensive. If you’re not too picky, you could have a grand total of under $1,000. So instead of a monster video card, the Oculus will work just fine on an NVIDIA GTX 970. I know it’s still a $320 video card – but you must remember that we’re building a gaming rig for the Oculus Rift. Therefore – all traditional expectancies regarding graphics cards must be swept aside.

And the graphics card is the most expensive piece of tech in the build. The others are only marginally so. Here are the full minimum specs as released by Oculus:

But we know that true gamers want a full experience, so we would add to those specs the following:

You may ask why we’ve added these. First of all, you will most definitely need storage space to fit those incredibly needy virtual reality games. Second of all, a shabby power supply may end up costing you your entire gaming rig for Oculus Rift. Why? Well – you can’t just use an old power supply lying around the house unless you want to end up with a fried motherboard. Remember that as the other components of a PC evolve, so must the power supply. I remember once using an old 2001 model power supply on my 2010 gaming rig. Surprisingly – it worked quite well. That was until one night my room got very smoky all of a sudden. I was lucky enough that only the supply had been burned out.

So don’t do as I did. Moving on to the audio department, the onboard sound card just doesn’t do much in the way of sound quality. I agree, it can be more than decent, but I’ve never particularly liked the idea of spending a ton of money on upgrading the video, the CPU, and all the other stuff, and then completely neglecting the sound card. It just seems unbalanced. I know I recommended the Xonar Essence (arguably the best sound card there is), but any soundcard could do just fine.

VR Enthusiast Specs of a Gaming Rig for Oculus Rift

There are two options when it comes to buying a gaming rig for Oculus Rift: you either stick to the basics, risking everything you have becoming outdated in less than a year, or you can sell your daughter into slavery (obvious joke and reference to Amazon reviews) and buy everything that is specifically designed for the Oculus Rift. I’m talking, of course, about the new CPU from Intel that was expressly made to fit the needs of even the most demanding virtual reality apps. And also about the new GPU from NVIDIA that was also expressly made for virtual reality.

The Intel Core i7-6700K is, whatever anyone has to say, a monster. With eight cores of 4.00 GHz clock speed, it is, as of this moment, the fastest CPU out there. And it integrates the latest, most advanced Intel tech, for which the engineers have studied every single detail of the Oculus DK2 in order to get the best possible performance out of it. This CPU supports DDR3L memories, as well as DDR4, and can handle with no problem whatsoever resolutions of up to 4096×2304. And the price? $419 according to Amazon. A bit pricy.

As for the video card, the GeForce GTX Titan Z, there’s only one thing we need to mention: 12 GB of video memory. And if you haven’t jumped to your ceiling in awe yet, that’s GDDR5! The GPU can go up to 1000 Mhz, or 1075 if the clock is boosted. There are multiple versions of this video processor available: there’s the Asus version, the EVGA version, as well as the EVGA gaming version: which adds a few hundred dollars to the base price. If you truly have that much money to spend, then the latter should do just fine in your gaming rig for Oculus Rift. The actual price: $1,485 (again, according to Amazon).

Now consider: you will be spending approximately $2,000 on just the CPU and the GPU. This means that the rest of the rig will probably up your price by at least another $500. Of course, we recommend that you get a compatible motherboard (such as the Gigabyte GA-Z97X-SLI which costs little over $100). A solid state drive for your operating system is, of course, a must, so another $70 there. Then you’ll need a bigger drive for everything else – $50. We almost forgot the RAM – for a computer this wild we recommend two 8GB Ripjaws, making your total RAM 16GB for another $100. Of course, a CPU that pretentious needs adequate cooling – so a Corsair H100i liquid cooler could do the trick – another $100.

Ad we’re not even counting the operating system, the monitor (it would be illogical to stick to a 19” one with all that power inside your gaming rig). So another $90 plus about $700 for a 27” monitor. And add your favorite case for anywhere between $70 and $130.

You know what? I don’t even want to make a total. Go for it yourself: the numbers are all here. Don’t forget to add a gaming mouse, a keyboard, and that beautiful Asus Xonar we’ve talked about earlier.

Conclusion: you can build a monster for your Oculus Rift. But do you really want to? I don’t know that I would want to. Considering the prices that we’ve just mentioned, I think I’d much rather stick to my old fashioned monitor and my still-working gaming rig. But, as time goes on, I may want to get my hands on one of these monsters.