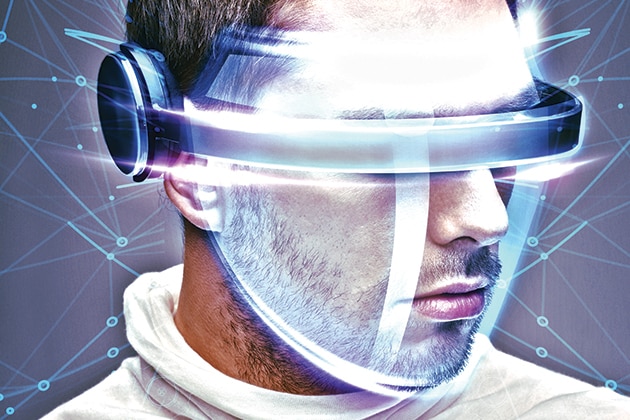 Is it any wonder? I would say no. The news: the virtual reality and augmented reality market will reach a total shared value of $150 billion. And that’s by the year 2020. Five years. If this turns out to be true, then it’s safe to say that we’re jumping up and down in joy. However, the true shocker is that, out of these 150 billion, a whole 130 will be solely from augmented reality. Thad does seem contradictory to what we see today, doesn’t it?

After the massive social backlash that reduced the highly innovative Google Glass to a socially unacceptable, pretentious, and luxury AR device, one that stirred frowns all over the world of tech reviews for its inefficiency and triviality of use – AR has decreased in popularity. However, Google hasn’t given up just yet. After the acquisition of the highly secretive augmented reality company Magic Leap, we are sure to expect some amazing thing from them, seeing as the video promo has been so well received.

Facebook’s chief scientist, Michael Abrash, also spoke recently against the quick development of augmented reality. At an event organized by Vanity Fair last week in San Francisco, Abrash said that while virtual reality is looking extremely well at this stage, augmented reality still has a lot of issues to get past before becoming a viable consumer product.

Mainly, Abrash mentioned three things: that augmented reality will come to mainstream use harder than virtual reality; that there is a problem with how the user interfaces of augmented reality devices will be projected onto the user’s eyes; and that the main feature that an AR device needs to have is social acceptance (who would’ve thought). I’ll admit, the last part does come as a surprise. Why? Because usually, tech geniuses don’t quite think about the public image of their inventions.

Yet, Abrash struck a key note here: comfort and social acceptance indeed are the most important two things to ensure that the specific augmented reality device will be used on a large scale. Google Glass, it can be argued, was a comfortable device. However, Abrash points out that it’s not only the comfort of the wear that needs to be taken care of, but also the inner comfort of the person wearing the device. This means: it needs to look acceptable, it needs to pass by unnoticed. Passersby need to see the devices as basic glasses, not knowing the tech lying underneath. And, as we all know, Google Glass was far from this idea.

Too far it seems. I would argue that this is the main reason for the flop. Certainly there’s the price – but then again people buy gold encrusted diamond iPhones, seemingly unaffected by the stupendous price. However, gold iPhones have become trivial, while big, bulky glasses that look like they’re from the future have not. All those eyes peeking a stare – it almost feels like you’re discriminated on account of the fact that you’re doing well financially.

Still, there is a test of the public which deems a device either acceptable or inacceptable. And Google Glass has failed that test.

However, not the same can be said about virtual reality. While the main argument against VR is that it’s too focused on gaming, we here at OpticsGamer have tried repeatedly to dismantle this argument with our ‘debate of virtual reality’ articles. I challenge the naysayers of virtual reality to take a look at our article about social apps being used in virtual reality here. Or maybe look at the way jazz will probably be experienced in the future – here.

The point is: while augmented reality still hasn’t got the means necessary to break it into mainstream, virtual reality not only has them, but has already begun to enter consumer use. And that’s something that Abrash as well as his big-boss, Zuckerberg, both acknowledge:

At the event mentioned above, asked whether the company is actually working and experimenting with virtual reality, Zuckerberg rushed an enthusiastic “Yeah!” as a response. Quick reminder: Facebook has teamed up with Oculus, Surreal Vision, and QuickFire to create virtual reality experiences like never before. And this fruitful combination has already had some impressive results: the recent roll-out of the 360 degree videos on the social network had overwhelmingly positive responses.

This shows us that, as Zuckerberg and Abrash say, virtual reality is “past the knee of the curve” – certainly a unique choice of words, but a prediction that does ring true. This means that Facebook already has the technical aspects out of the way, and is now looking for ways to bring virtual reality to people of all ages, and all social backgrounds, all over the world. With this move, Zuckerberg hopes to bring people together, just like he did when his site popped out of the ground of the still shady internet of 2004. Can you believe it’s been 11 years?

Soon, Zuckerberg says, people will be able to share virtual reality videos of their baby’s first steps with friends and family, letting everyone experience the moment as similarly to the real thing as possible.

However, maybe the recipe for success lies with Microsoft this time. The HoloLens will be, supposedly, a device comprising both augmented reality technology, as well as virtual reality capabilities. This could effectively bridge the gap between the two still very different alternate mediums.

Samsung, to mention one other major contender on the VR scene has had a serious backlash just recently. Its Galaxy Gear VR has backfired. It was said that the Democratic presidential hopefuls’ debate would be live in virtual reality. However, people tuning in to the event had several problems: some reports said that they only heard Coldplay. Others said that they could only see the indistinguishable 5 candidates somewhere in the background of the image, all the while a small, handheld Samsung device was overheating to unsafe temperatures right in front of your eyes.

Yet another popularity blow for the world of virtual reality and augmented reality. However, like most others, it’s not really fair. News outlets are already saying that virtual reality is not ready. However, the presidential debate could’ve been broadcasted with ease in virtual reality. But not on the Samsung Gear VR, using a smartphone as a screen.