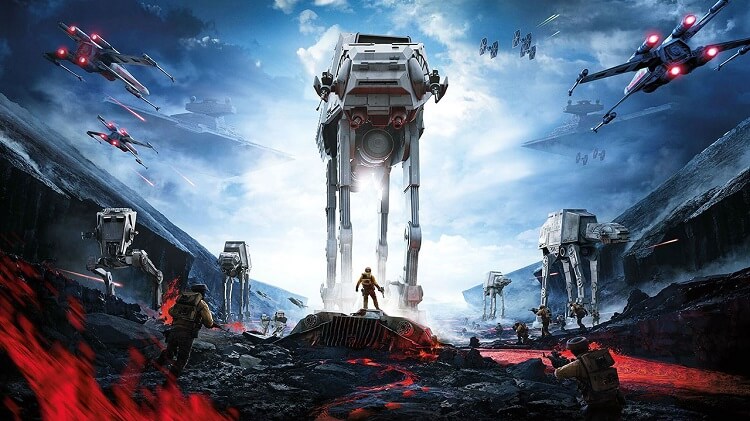 Star Wars Battlefront is a multiplayer team shooter game developed by DICE centered around the famous Star Wars Galaxy. Players take part in epic battles either playing on the side of good or evil. This game sets itself apart from most of the other Star Wars games, however, because many Star Wars games focus on the main heroes and villains of the galaxy, most of the time players will be playing as regular soldiers from the empire or rebellion in Battlefront. Read on for our Star Wars Battlefront review so you can make the correct decision before purchasing your next game.

Star Wars Battlefront began in 2004 by Pandemic Studios. Pandemic created both Battlefront and Battlefront 2, both of which received praise from critics. After Battlefront 2, fans became antsy for a third game. But for ten years there was no answer. Then, in 2015 came the recreation from Dice studios. The game promised to keep the same feel as the originals while offering new graphics and a more advanced combat system.

Battlefront had a big name to live up to but did a good job of delivering a game that was fun to play, while respecting the original games. It will not take long for players of previous Battlefront games to be accustomed to the new features of Battlefront. The game offers 10 different modes, meaning that there is enough to keep even the most casual of players interested for the long-haul. Supremacy is the classic Battlefront game mode where players fight for control over the map. There are more creative options, like Hero Hunt, where rebels and stormtroopers hunt down the heroes and villains from the movie to exterminate them.

What We Liked about Star Wars Battlefront

Let’s start the second part of this Star Wars Battlefront review with the positive aspects regarding the game. Battlefront is one of the most stunning games on the market in terms of graphics. Not only does the game have high-detailed models, but the game also looks like a Star Wars movie. The developers did a great job of capturing the feel of Star Wars and inserting it into the game. For a game that was advertised on nostalgia, it is an essential victory for DICE.

The game also recreates the fun combat system of previous Battlefront games. For those accustomed to the FPS world, characters in the game are harder to kill than COD characters but substantially less hard to kill than Halo characters. It feels like a good balance.

One of the new features to this Battlefront game is the ability to customize character’s loadout. This gives each player an opportunity to make their character unique to them and their play-style. One of the most fun parts of the game is the Hero and Villain system. Scattered across the map are power-ups that will give the player rare weapons or vehicles. Some of them will turn players into iconic heroes such as Luke Skywalker or Han Solo, or villains like Darth Vader. These buffed characters have deadly abilities and increased health.

Star Wars Battlefront has received some strong criticisms, and rightly so. It’s only natural to also include the downsides of the game in this Star Wars Battlefront review. Lack of depth, low resolution, and no single-player campaign are all very real concerns for those looking to purchase the game. Those who have played the previous Battlefront games will feel right at home, as almost no new features have been added.

The gameplay is nearly identical to previous Battlefront games. While this isn’t necessarily a bad thing, this Star Wars Battlefront review still would’ve liked to see some new mechanics. Battlefront runs at 720p to maintain 60 FPS, and most of the time it goes unnoticed. However, when a storm-trooper speeds across the horizon or when a ship flies overhead in the distance, the game can be a little pixelated. Overall, this is not a problem that will be often noticed.

The lack of a single-player campaign is one of the most disturbing criticisms of the game. The industry standard is that a $60 game will offer some sort of campaign or story line. While Battlefront does offer some single-player missions, there is little to no story involved. This wound has even more salt poured into it due to the fact that the previous iterations of Battlefront do have campaigns. 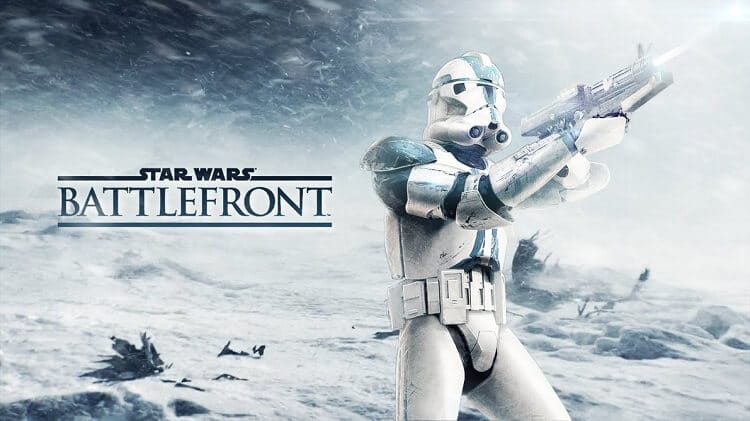 PC users should also consider using a controller while playing this game. While the game can be played with a keyboard and mouse, many FPS users find it easier to use a controller. This game is compatible with most computer controllers that can be bought in stores and is also compatible with the Steam controller.

Overall, Star Wars Battlefront is a fun game that has areas to improve. What is lacks in depth, a single-player campaign and resolution, can be justified but the stunning beauty of the game along with some fun key features. The game was originally released at a price of $60 (which was questionable to many critics) but you can now find it at $29.99. However, the game can be found for about $15 at Walmart or Target, and it is definitely worth that price. Star Wars Battlefront is one of the best casual FPS games on the market.

What are your thoughts on the subject? Did the lack of a campaign frustrate you? Is the combat system the best you’ve seen? Comment below and tell us what you think and give us your own little Star Wars Battlefront review.