Mobile Augmented Reality to Become Part of our Everyday Life 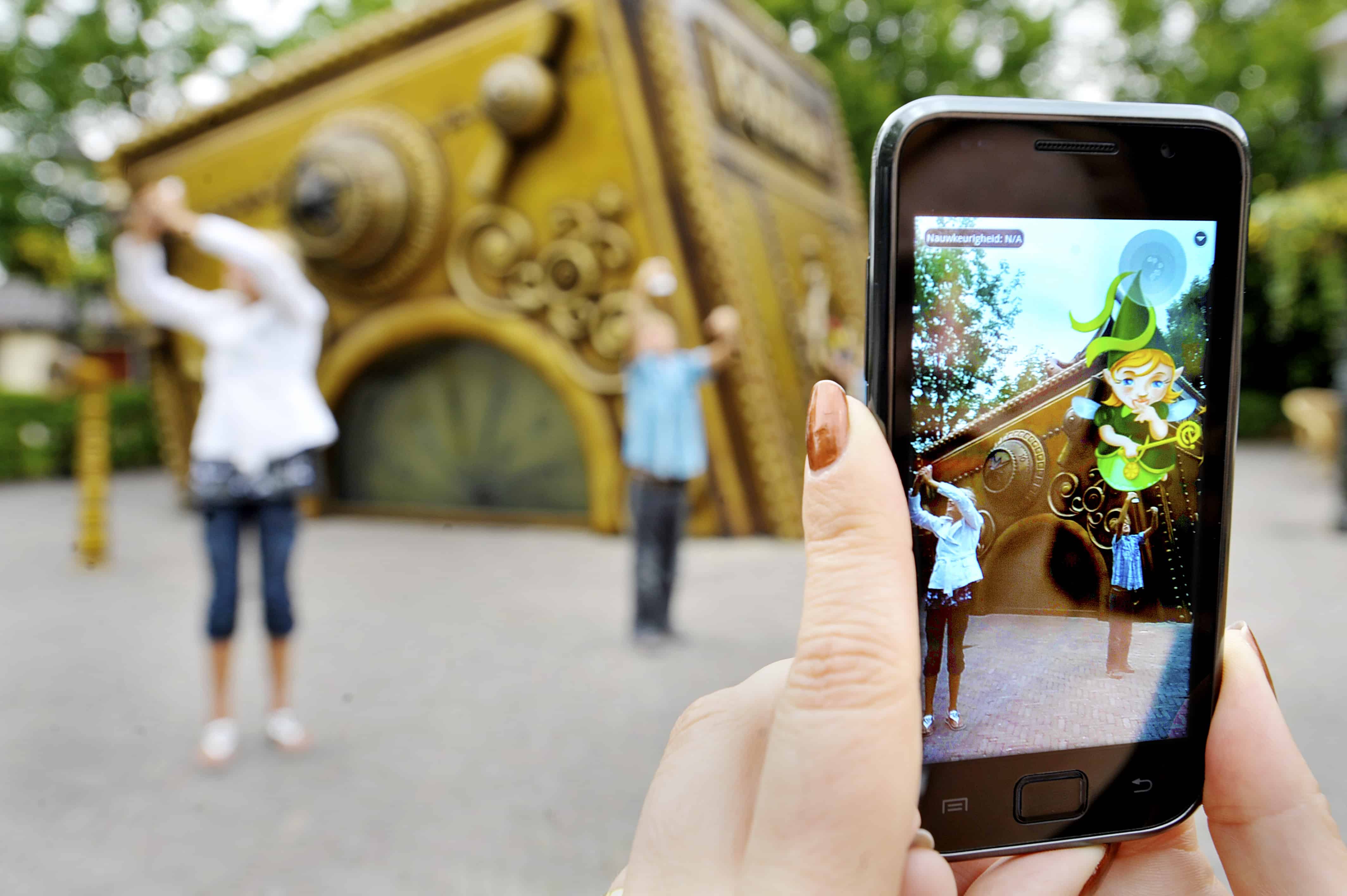 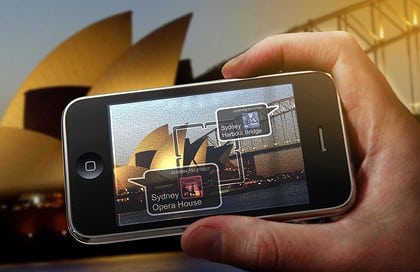 Augmented reality may or may not be something you’re familiar with, however, over the past years, it has slowly began catching on. Unlike how it was back when augmented reality and its mobile application were far away concepts being designed by engineers, this technology has slowly seeped into our general experience, e-commerce being one of the most targeted areas.

Software enhancement tools and technology have slowly made their way to the top of the agenda and despite them having started off as customized applications for industrial environments or military displays, marketing and advertising have now taken center stage in what is surely evolving into a whole new advertisement world. 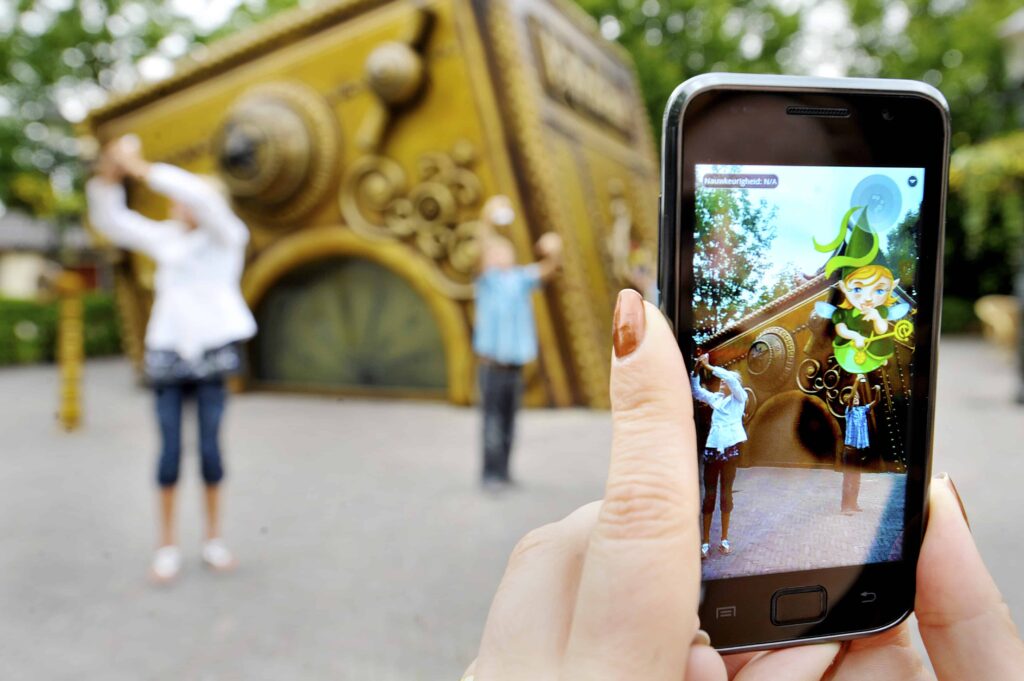 There is a reason why such technology is able to capture the imagination of consumers and marketers alike: its potent technology mix paired with impressive visual effects and entertainment have slowly carved a special space in their hearts. And while it’s an over-the-top marketing budget that allows a company to employ such technology in their ads, chances are that as time goes by, more and more businesses will venture into mobile augmented reality marketing as it becomes even more accessible.

software allows users to quickly grab hold of relevant information when picking out restaurants or visiting a foreign country. Yet marketers have found impressive ways of using this technology in a particularly attractive way for customers. 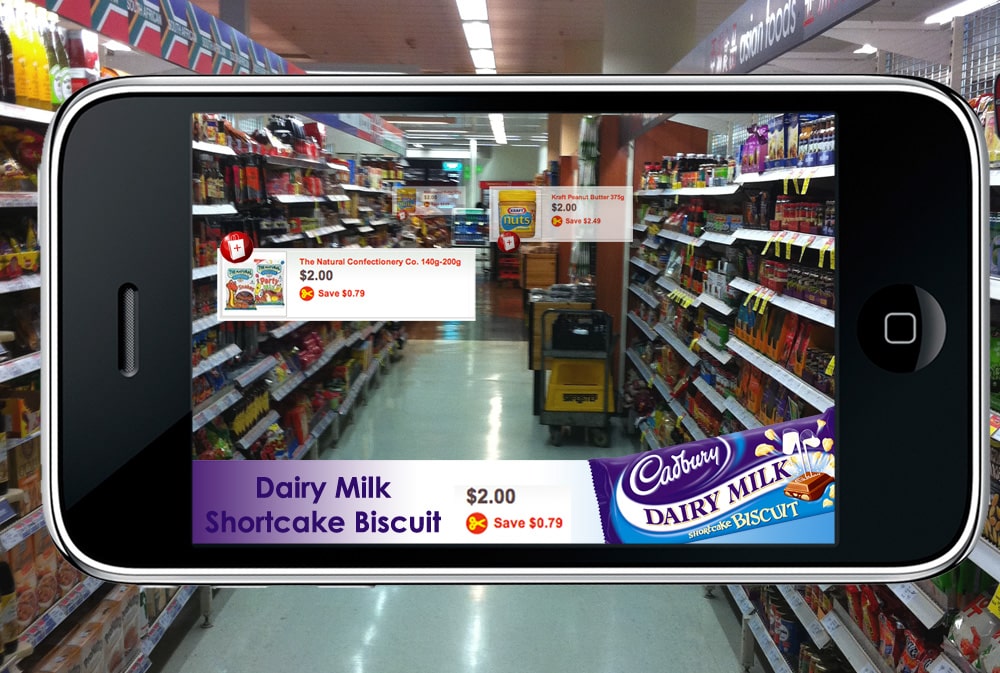 Mobile handsets have been under continuous improvement over the last years. These improvements (of hardware and software alike) have made it possible for augmented reality technology to become such a relevant part of marketing strategies.

Experts have already forecasted an exponential growth for mobile augmented reality over the following period and the market is already valued at billions. And how couldn’t such a technology have become a headliner? Smartphones and tablets are now capable of running complex augmented reality applications which transform everyday environments into completely interactive digital experiences. And as mobile augmented reality continues to make its way into our everyday world, it is bound to eclipse close to everything else.

Mobile augmented applications have been met with much reluctance 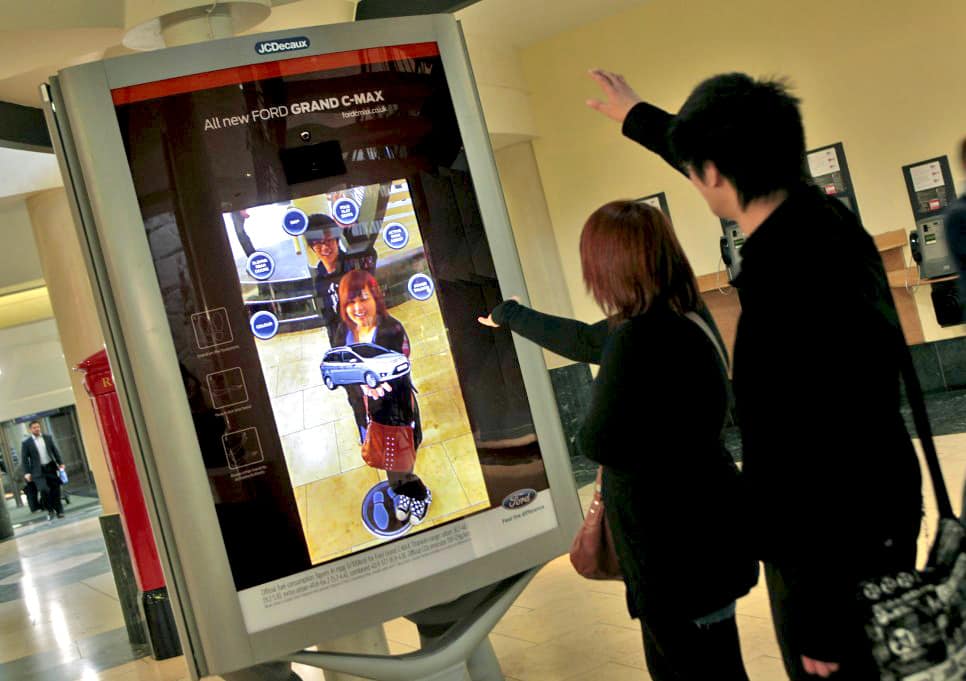 at first, yet it seems that the software is finally going mainstream and this growth is expected to only continue. In fact, statistics show that, as compared to 2009 when downloads reached 272 million, mobile augmented reality app downloads will reach a massive 1.2 billion in 2019. And such massive numbers can only fuel big earnings, it seems, as the market is expected to generate $1.6 billion for augmented reality app designers.

MAR (mobile augmented reality) has slowly moved away from its initial bad reputation and the general public is becoming increasingly aware of the many beneficial ways in which it can be used. 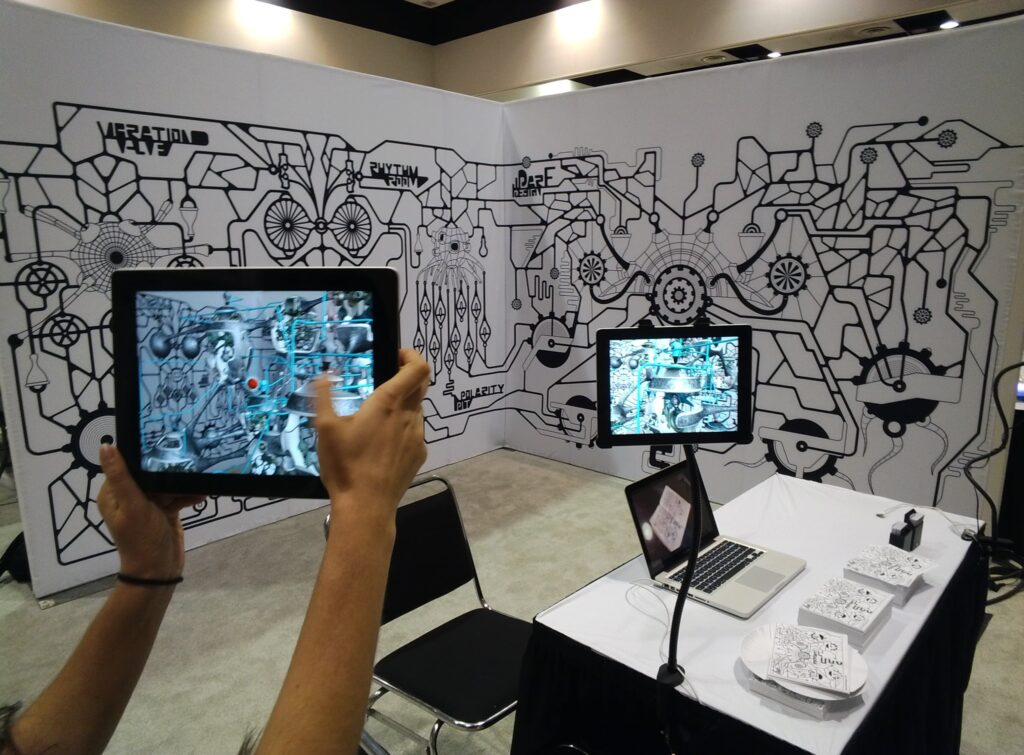 Going the extra mile when it comes to consumer engagement means the world for augmented reality designers and it’s these minor improvements which allow such apps to gain such traction.

When it comes to eclipsing other technologies and endeavors, augmented reality is expected to slowly outshine any other marketing system on mobile devices, particularly in the case of large retailers. The quick use of a high-quality display and camera can completely transform a potential customer’s experience while shopping and make it possible for retailers to obtain a long-term, loyal customer.

The shopping process can actually be completed before customers reach the store (as they interactively shop with the mobile device). 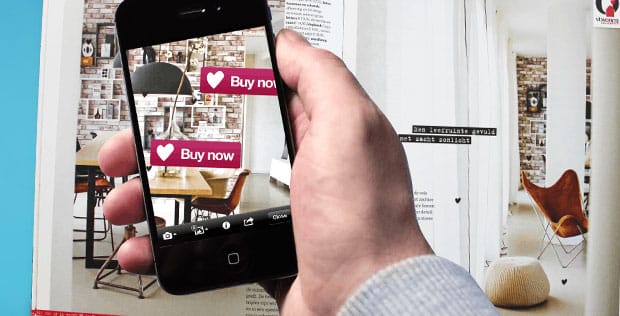 Any company wishes to have a competitive advantage over everyone else. This is why employing augmented reality into a company’s strategy is a particularly sound decision. Such companies don’t only come across as innovative but also ensure a long-lasting, deep connection with a customer. And it’s because of this emotional connection that repeat business and sales are possible.

From projecting guides on the street as a potential customer is attempting to find a specific store to guiding him towards the desired product inside the store, arranging appointments or deliveries, augmented reality succeeds in avoiding some of the most unpleasant parts of shopping such as waiting periods and overcrowding. 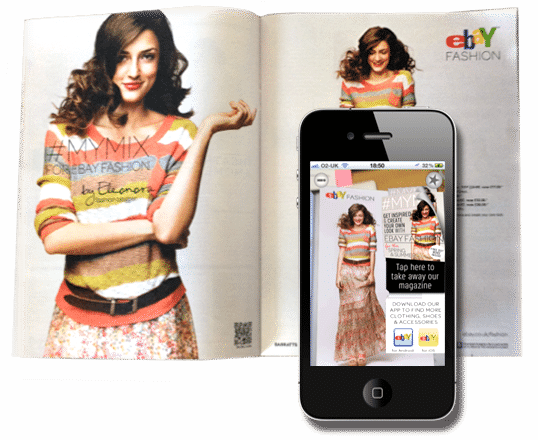 There are countless ways in which a customer’s attention can be captured. Some retailers are already experimenting with the technology and have found that retail environments can only benefit from augmented reality. From special deal popups near products on the aisle to guiding lines on the floor, retailers can literally save millions of dollars traditionally used for sales tags by simply replacing them with augmented reality. 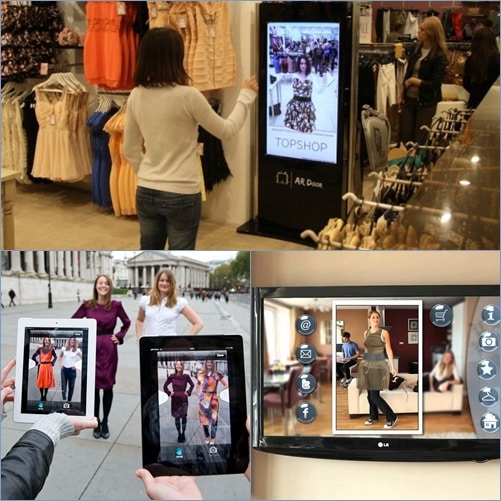 How about virtual fitting rooms? There are shoppers who literally hate the process of trying on clothes, waiting in line until fitting rooms become available and the overall hustle and bustle of an everyday clothing store. Bypassing the inconvenience seems like the obvious marketing decision.

Mobile augmented reality allows shoppers to easily browse for desired outfits at home and try the clothing out before purchasing it. Stores such as J.C. Penny have had excellent results with the technology, increasing their conversion rates and decreasing returns.

Virtual shopping is another world-class example of augmented reality marketing. The fact that small grocery stores are being outsold and outmaneuvered by large grocery chains is not news. Yet the fact that they are competing with the help of augmented reality is. Location based virtual grocery stores, for instance, represent one of these competition strategies. A customer can visit the location virtually and shop for the desired items via phone. Once ordered, the items are delivered to the customer’s doorstep. 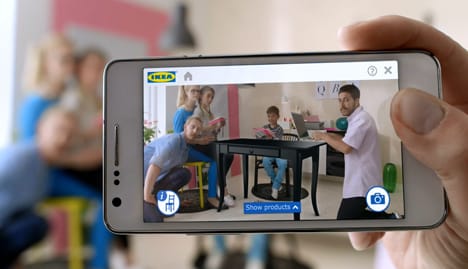 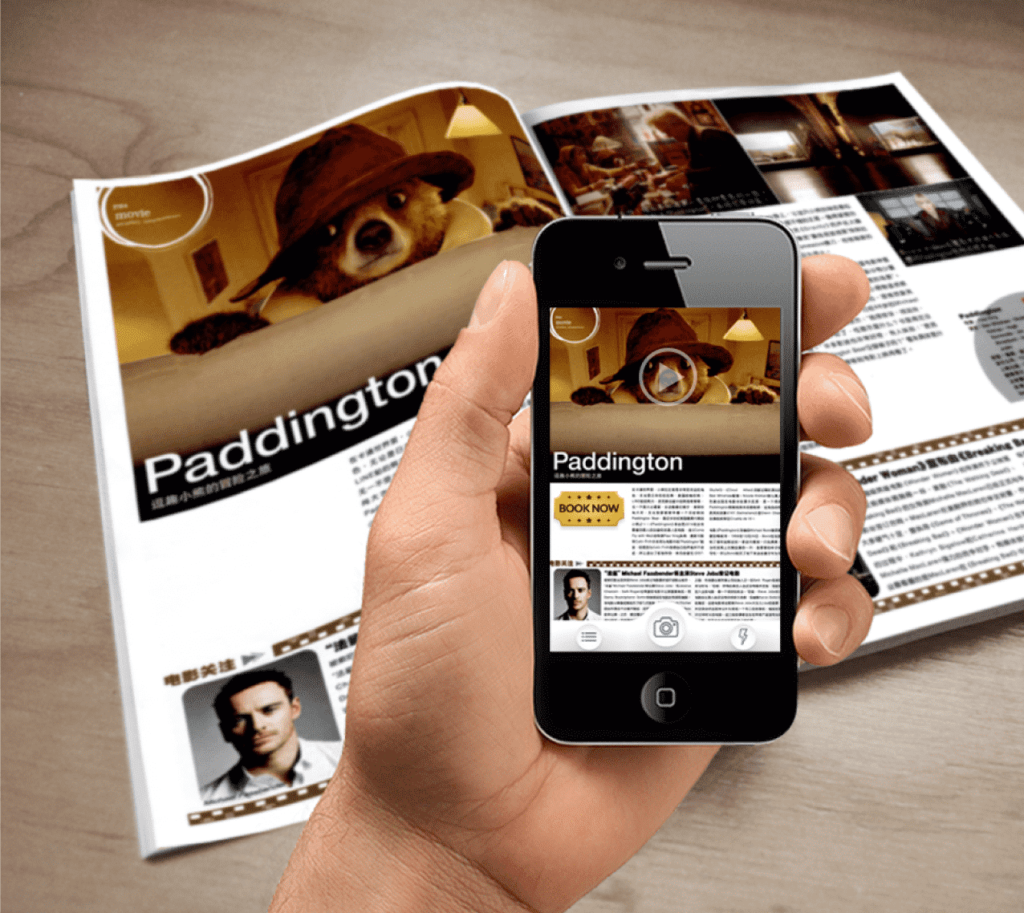 The printed media has been on a steep decline for some time now, yet mobile augmented reality may be the savior of what seems to be a dying trade. Take a brand which is not able to cram the information they require into the small space they have when advertising. A flyer, for instance. Augmented reality apps can bridge this apparent gap by linking the flyer to videos or detailed descriptions of the service or product. 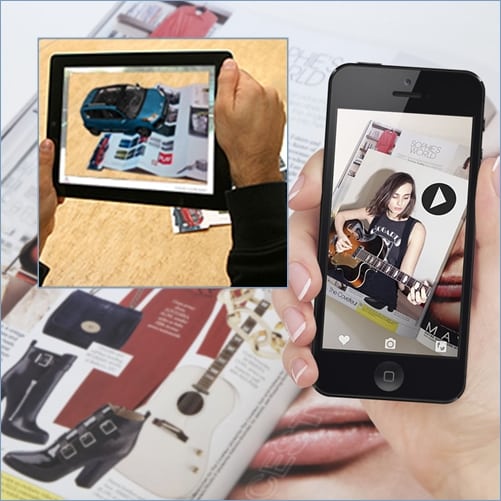 Think of destination planning and the travel industry. Isn’t it much better to actually plan a vacation when every aspect of the holiday can be enhanced? Billboards of key destinations can be enhanced with AR. A sandy beach could suddenly come to life with the waves crashing into the sand, tourists sipping their cocktails and beachgoers having fun. Who wouldn’t want to join in on the fun?

Pepsi also employed augmented reality into its most recent campaign, when it brought bus stops to life. Ikea allows its customers to preview furniture items in their own homes before purchasing them. And while companies are still figuring out how to properly engage their customers, augmented reality remains a novelty worth using.

AR technology has been proven to be genuinely useful when used correctly, and since mobile devices are an ever-present component of a consumer’s experience, companies should take notice and sway with the times.