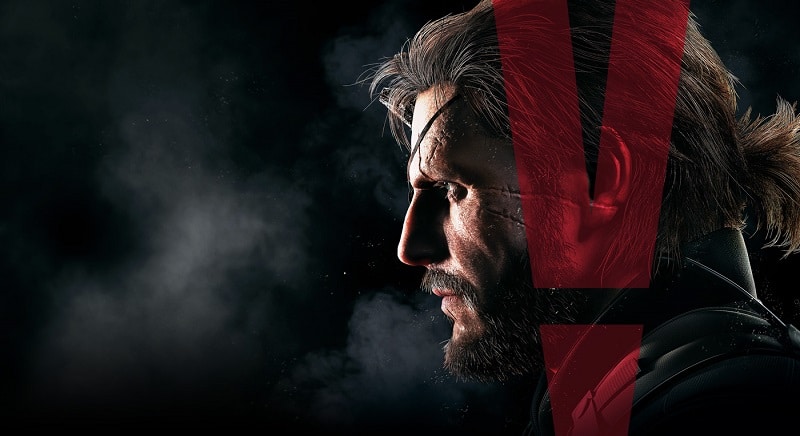 Metal Gear Solid 5: The Phantom Pain is the final entry in Hideo Kojima’s Metal Gear Solid series. Placing players once more in the role of the Big Boss, the game takes the intrigue of the previous games in the series to its logical conclusion. The game functions as both an introduction to several new systems to play as well as the swan song for the series and the series’ creator’s involvement with Konami.

Metal Gear Solid V has been a game mired in controversy since its development. Unlike most video game controversies, though, this one wasn’t about wanton bloodshed or cringe-inducing depictions of sexuality. No, this controversy was all about the push-and-pull of development behind the scenes, a tale of a once-proud corporation forcing a designer away from the series he had created. This is, for all intents and purposes, the last true Metal Gear game.

In many ways, Hideo Kojima and Metal Gear Solid are synonymous. Knowing that this will be the last entry for the auteur in the series, everyone was expecting something special. While it was well known that Konami had meddled with the game and virtually locked Kojima out of parts of the process, there’s been an incredibly amount of fascination with how the series would end. When Ground Zeroes, the prequel to this game, was released, players realized two things almost simultaneously – that this game wasn’t going to rest on its laurels, and that the end really was nigh.

When we played this game for the Phantom Pain review, it was hard to separate what came before with what was coming next. There might be more tales set in this universe, but they’ll be poor reflections of what came before. When the series is inevitably rebooted, it will bear the marks of what Kojima created. For now, though, we have to determine whether this game is worth playing.

What We Like About Metal Gear Solid 5: The Phantom Pain

If you’ve read a single Phantom Pain review, you know it’s a good game. You may not, however, know why it’s so great. If we’re going to boil it down to the basics, it’s got to be the combination of looks and mechanics. This is one game that simply plays as well as it looks – and that’s no small feat.

On the aesthetic side of things, this game is simply gorgeous. Given the amount of horsepower needed to run the game, this shouldn’t be surprising. Still, it absolutely blows the (very pretty) Metal Gear Solid 4 out of the water in terms of looks. Every environment, weapon, and character is rendered in loving detail. Video games rarely, if ever, look this good.

That wouldn’t matter much if the game didn’t control well. Thankfully, every mechanic in the game is a joy. From the stealth to the gunplay, you feel like the unstoppable solider you portray. There’s something hilariously fun about the Fulton system’s use in the game, and something very satisfying about the way you can change up your approach on the fly. This game is simply fun to play – something that not every beautiful game can claim.

What We Don’t Like About Metal Gear Solid 5: The Phantom Pain

There’s a lot to love about this game, but it’d be a disingenuous Phantom Pain review if we didn’t bring up the bad parts of the game. And, despite the almost-universal praise for the game, there are some parts of this game that just don’t work.

While all of the various systems of the game work well, they can be overwhelming. If you don’t love resource management, you’re going to get frustrated with vast swaths of this game. It’s not that they’re actually bad – MGS5 does it better than most games – but the mechanics are still tired.

While unlocking new stuff is cool, it’s still painfully clear that this part of the game exists to pad out run time. That wouldn’t be a problem, but the story in this game just doesn’t live up to the standards of the series. The plot is shallow and oddly superficial where you would expect it to be deep. It touches on some tough topics, but shies away before diving in.

In short, you can tell that the narrative of the game was rushed because of what was going on behind the scenes. Metal Gear Solid deserves a better ending than this game gives.

While Phantom Pain wasn’t played on a PC, but it would have had to be quite a machine to run it on even minimum settings. You’ll need a 3.4GHZ i5 or AMD equivalent to run the game, as well as 4GB of RAM and a GTX 650 (2GB) or equivalent. This is fairly hefty for minimum settings, and you’ll need a dedicated gaming computer to run the game at its recommended specifications.

We did play this game on the Playstation 4 for the Phantom Pain review, and we highly recommend the Dual Shock 4 controller for playing the game on any platform. Something just feels inherently right about playing a Metal Gear game with a Playstation controller. If you can’t use one of these controllers on the PC, we do recommend an XBOX One controller as well. It isn’t quite as responsive as Playstation 4’s controller, but it’s generally a bit easier to set up.

What’s the conclusion of this Phantom Pain review? Well, this is a very good game. It’s not, however, a game for everyone. If you like the Metal Gear Solid series, action-stealth, or games that want to make a huge statement about war, this is a game for you. If anyone of the above doesn’t really apply to you – or if you hate games that don’t quite feel finished – all of the selling points will ring hollow. Which side do you fall on? Let us know in the comments.