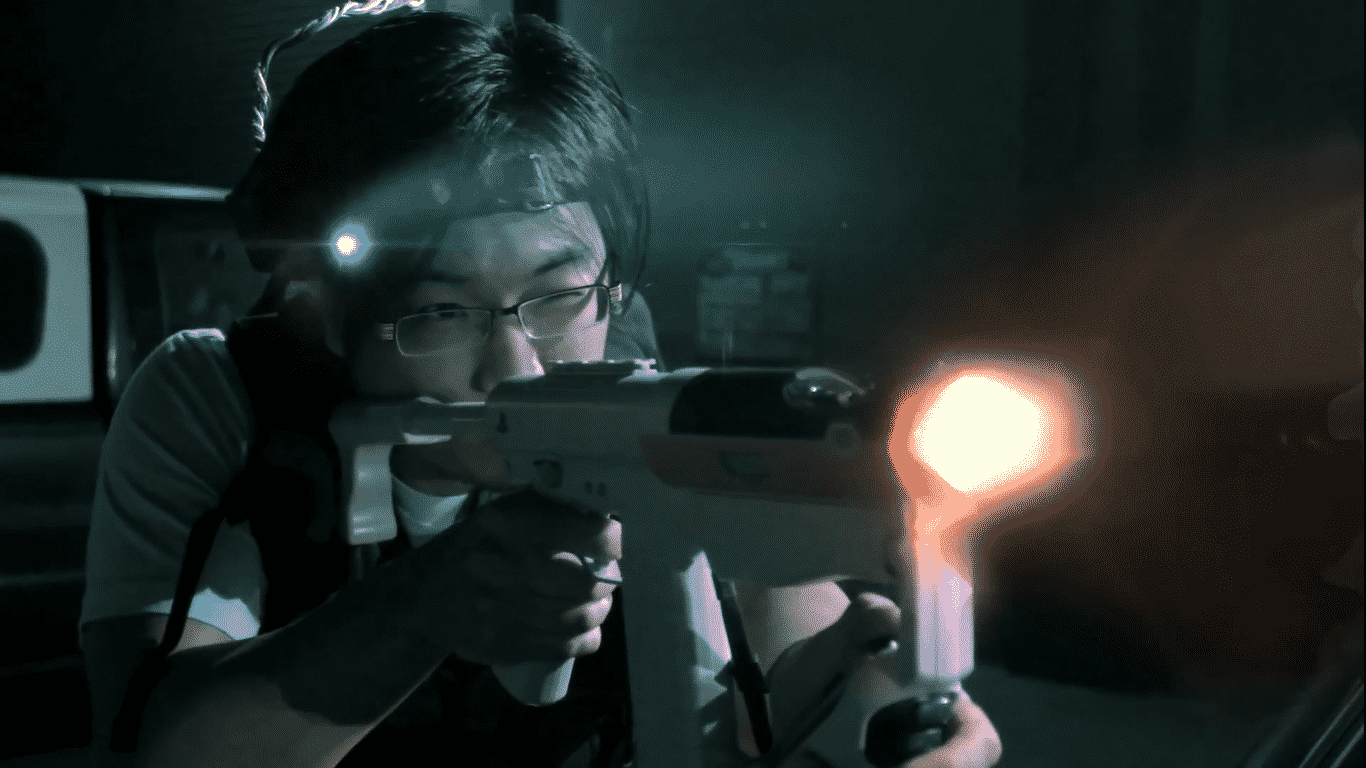 What’s this? An online streaming company trying to catch up with other online streaming services? Who would’ve thought it possible? Well, everyone, to be honest. It does seem like only months ago Netflix premiered its cool virtual reality app. Little after that whole hype was through, Hulu came and, in a very original and not-at-all predictable manner, announced its own virtual reality place where you can experience Hulu content in another plain of existence – VR.

Now, Hulu is here to shed some light on its newest soon-to-be project. Much like the Netflix version, you will be able to immerse yourself into virtual-reality couch. But oh boy, it won’t be just any couch (although you can choose from several). Hulu’s talking about bringing us right back in the heart of Manhattan in the `90s. Yes, that’s right, you know exactly what I’m talking about: Seinfeld.

Just imagine: you put the Samsung Gear VR on your head, you enter your user account and password and boom! You’re on Jerry Seinfeld’s famous blue couch, watching TV as if it were the 90s. Hipster enough for you yet? I’ll bet. Although, I partly doubt that this will be much of a hit with the younger generation. However funny Seinfeld may be, it will undoubtedly appeal much more to the people that are over the age of 25, if not older.

But maybe that’s just the thing with Hulu. Maybe their target audience is in the middle-age area. Who knows?

What we do know is that for this cool app that Hulu plan to launch at the same time as Samsung’s Gear VR, they are also working on a short film for it. Although film would be a very broad term for it. Hulu are actually working with the father of RocketJump Studio, Freddie Wong (aka YouTube-er freddiew) to make a concept movie entirely based in virtual reality. Excited enough? Wait, there’s more! It will be called “The Big One” and it will be pretty unusual for a VR experience. At least, that’s according to Freddie.

In an interview for CNET, Freddie talked about the incredible things that VR made possible to integrate in a film. However, Wong also talked about the limitations of virtual reality, something not many enthusiasts of this new tech usually speak about.

An interesting comparison that Wong made was between what happened to theater when movies started coming about and what will happen with traditional media when virtual reality will actually become famous enough. The key, he believes, lies in what all these different mediums have and, more importantly, what they don’t. While movies don’t have immersion to the degree that virtual reality does, movies also don’t have a large and not-that-light headset strapped to your skull.

To this extent, Freddie Wong may be right. There are a lot of limitations in virtual reality moviemaking – the fact that you can’t cut being by far one of the most annoying. But then again, trying to wrap their heads around how to shoot the film, the team from RocketJump decided to think of it not as a movie, but as a Disneyland ride. A cool concept, definitely worth our patience for another month. According to FreddieW, this opened up a whole new world of visual effects that could be added.

Freddie also addressed the problem of how people approach virtual reality. He said that most just think of doing something that has been done already, but in the new medium. Naturally, this doesn’t always end out well, as virtual reality is both impressive and limiting in its capabilities.

From a director’s point of view, one could easily see why Freddie’s approach to “how to VR” might be the definitive one. Looking at the whole experience as a rollercoaster ride in Disney world, you will naturally shift your focus from angles and cuts towards immersion and adventure. The viewer ceases to be the viewer and becomes the experiencer. Certainly, there is still a good amount of viewing involved, but as we’ve seen in other recent VR projects.

Telling stories indeed gets a new dimension. And the psychological effect of such stories can be questioned. Freddie Wong says in the interview mentioned above that the horror genre has incredible potential in virtual reality. On the other hand, he admits, maybe one would not want to be “that scared.”

We feel you, Freddie. One can only imagine playing Amnesia with a VR headset on.

This ties well with another otherwise unrelated piece of news in the field of virtual reality. Speaking about immersion and horror plots, we get to what Yui Tanimura, director of Dark Souls II, said in a recent interview about the possibility of combining his game with virtual reality. While that sounds incredibly cool, it may not work that well.

For those of you that are not that much into gaming, Dark Souls II is a recent video game which made a name for itself as one of the most difficult to have ever existed. The writer himself tried it – needless to say I failed miserably. And I can only imagine what it would be like to fail equally bad in virtual reality. What effect does dying so many times have on your brain?

Certainly, immersion must be taken into account when porting games from ‘traditional’ reality on to the virtual medium. I want to immerse myself into the storyline, I want to feel like I am part of the plot, and yet – I don’t think that I want a mini-heart-attack every time my character dies. That much should be obvious.

However, the ethical dilemmas surrounding virtual reality will only be subject to debate once this new entertainment form kicks off. There are more than a lot of VR apps that don’t raise any questions about morality. I don’t see any problem in sitting back on a virtual reality sofa and watching your favorite Hulu or Netflix shows as if you were in the New York of the `90s. This is, at the same time, one of the simplest and coolest uses for virtual reality, and I for one cannot wait to try it out!