How To Watch VR Videos On Oculus: Follow These Steps 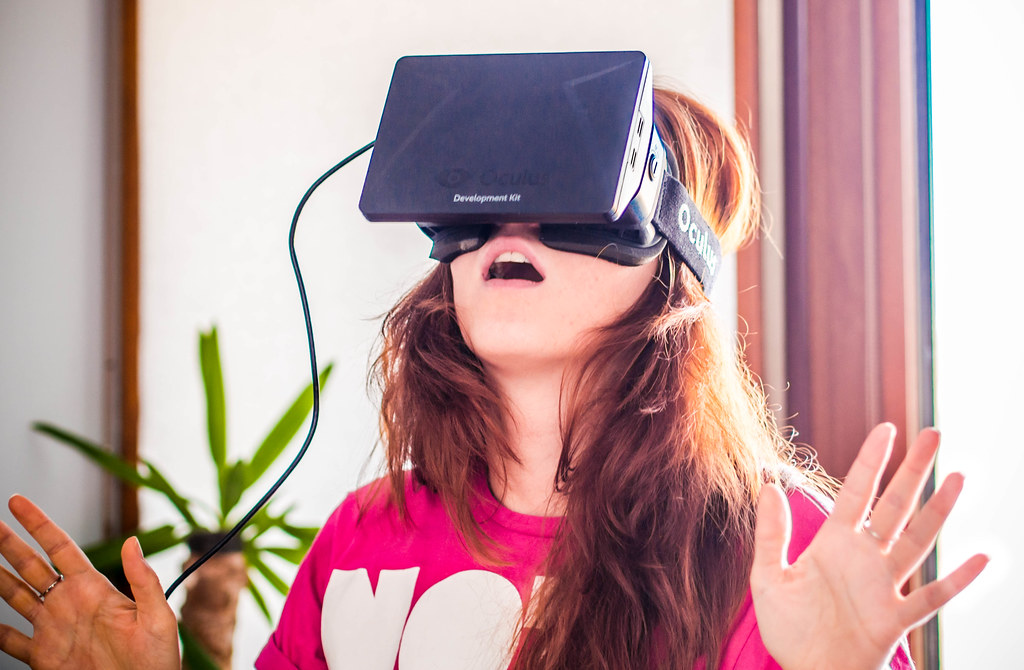 Everybody knows VR gaming is cool. That much is a given. But what about VR video? Do you know how to watch VR videos on Oculus headsets?

Wouldn't it be nice to use a device designed to immerse you and allow you to view content meant for that all-surrounding environment, like 360 video, 3D Panoramic video, or even truly virtual reality video? Well, it's not hard, and the Oculus series of VR headsets are well suited to the task.

Do you know how to watch VR videos on Oculus headsets? 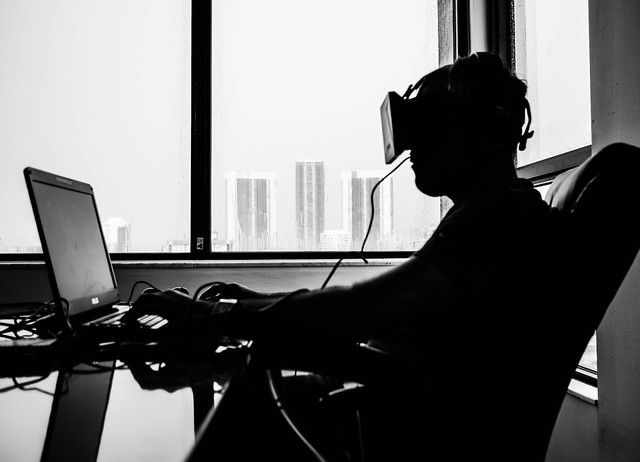 In case you’re new to Oculus VR, they made waves in 2012 by raising $2.5 million on Kickstarter for their VR headset project and were promptly bought by Facebook in 2014. They released their first publicly available headsets in 2016, and they haven’t looked back. Now, Oculus is arguably at the top of the field in VR headsets.

Oculus headsets come in three flavors: The first is the tethered Oculus Rift S (descendant from the now-discontinued Oculus Rift), which requires a high-end gaming PC to run. Second and third are the standalone Oculus Go and Oculus Quest, both of which boast completely wire-free operation and include headphones.

The Quest is the latest incarnation, and as such, it boasts a smoother OLED lens versus Go’s LEDs, and it weighs a little more. The Quest only comes in 64GB, whereas the Go also has a cheaper 32GB model.

The sets are decently priced, with the Quest at the top of the heap, and the Go being Oculus’s more budget model. But they all come in right around the middle of the range for VR headsets. The Quest is a bit more expensive but well-loved by critics, earning a best in class nod from Tom’s Guide and PC Magazine. 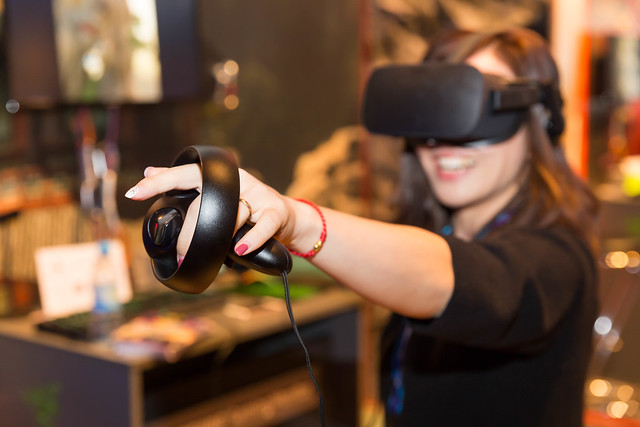 You probably already figured out that Oculus VR provides a fantastic gaming experience. Gaming in this immersive environment is more than just fun. It’s downright satisfying. But did you ever wonder about how to watch VR videos on Oculus headsets?

As it turns out, it’s relatively easy to watch 360 videos, entirely VR videos, 3D videos, and even plain old regular 2D videos on Oculus headsets. It may seem counter-intuitive to watch an ordinary movie in a VR set, but it can be pretty cool. Of course, there’s no substitute for a headset for truly VR video, and 360 and 3D videos are amazing in that space.

There’s a slightly different procedure for checking out videos on each of the sets, and the main distinction to be aware of is that you’ll need to physically put the video files on the standalone units (that’s the Quest and the Go). With the Rift, you can actually paste a YouTube or other streaming URL into the app and stream videos right in the headset.

Let’s go over each in turn, starting with the two standalone headsets.

How To Watch VR Videos On Oculus Quest And Oculus Go

There are two options when learning how to watch VR videos on Oculus Quest or Go. You can download certain content directly from your headset, or you can transfer your own files to the headset, much like you would any other USB device.

To watch videos, you’ll have to get the Oculus Video app first. Then you can download videos directly to your device or watch videos you’ve transferred. To get the app, simply follow these steps:

Once you’ve got the app, there are a bunch of categories of curated content to choose from like news, entertainment, travel and nature, documentary, horror, thrills, and “editor’s choice,” or you can watch your own.

Watch What You Want 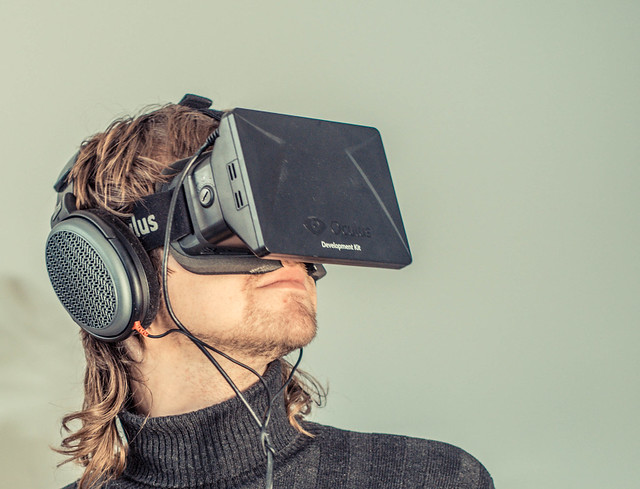 To actually watch videos on Oculus Quest or Go, put on the headset and select “Library” from your home screen toolbar. Pick the Oculus Video app, and on the left side menu, you should be able to pick a category. If you select “My Videos,” that’s where you’ll find videos you’ve transferred to the device. (Scroll down for how to do that.) 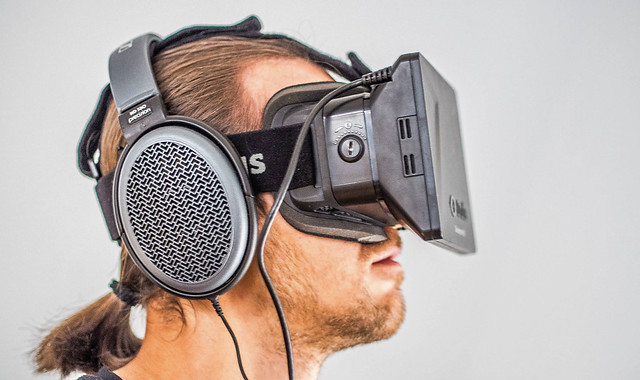 To start the steps of how to watch VR videos on Oculus standalone headsets, you’ll need a Wi-Fi connection. In order to watch videos that aren’t already stored on the headset, purchased videos only stream (i.e., you can’t download them), and some mp4s have an audio format that won’t work in Oculus Video.

For reference, video formats that work with Oculus Video are mp4, m4v, 3gp, 3g2, webm, mkv, wmv, and avi. Audio formats that DO work are mp3 and aac.

How To Transfer Videos To Oculus Quest And Oculus Go 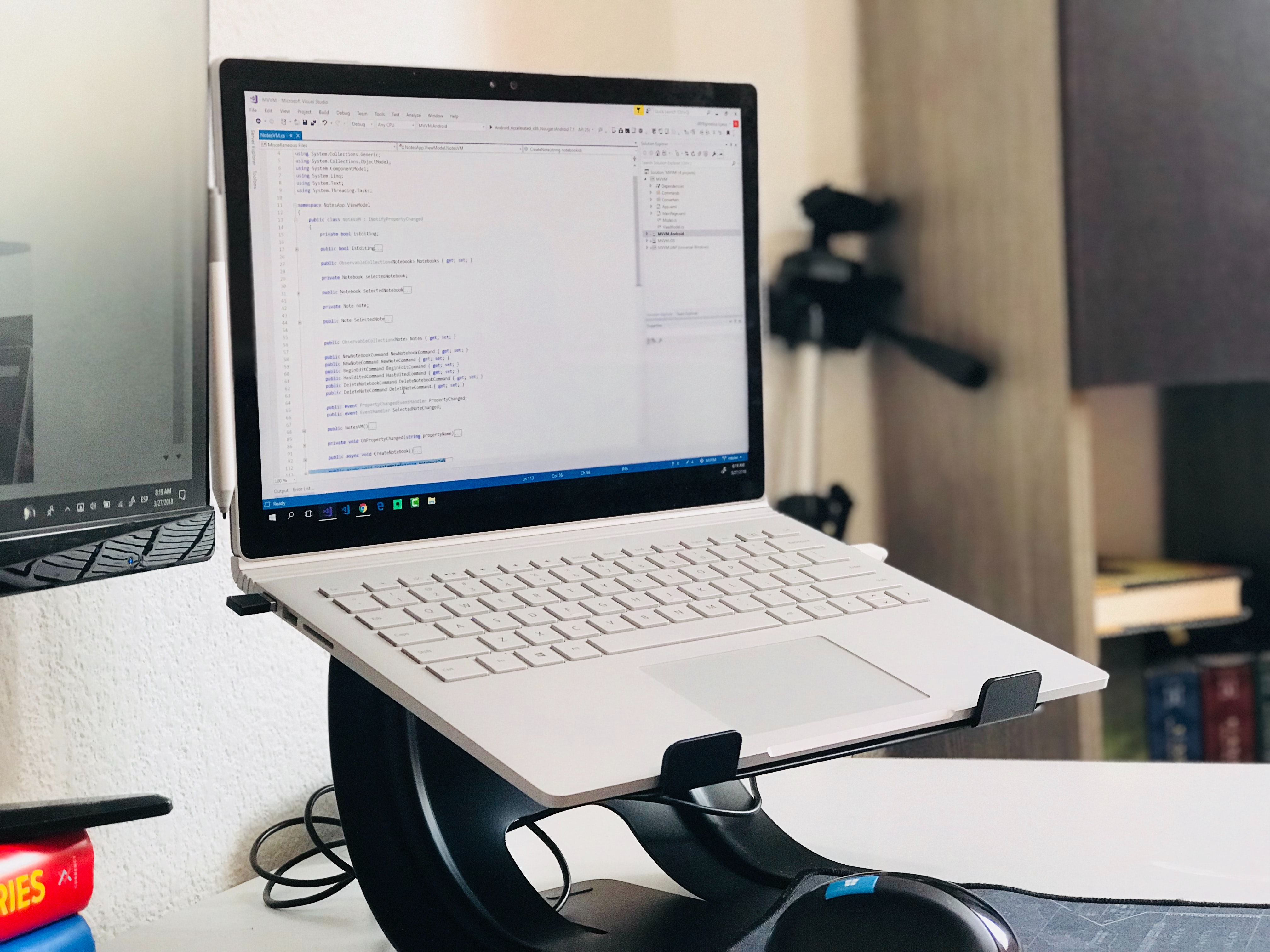 If you want to put your own videos on your headset, it’s not a hard thing to do. Just follow these steps:

Voila! You've just followed the steps on how to watch VR videos on Oculus standalone headsets. You should now be able to watch videos on your Quest using the Oculus Video app.

How To Watch VR Videos On Oculus Rift S 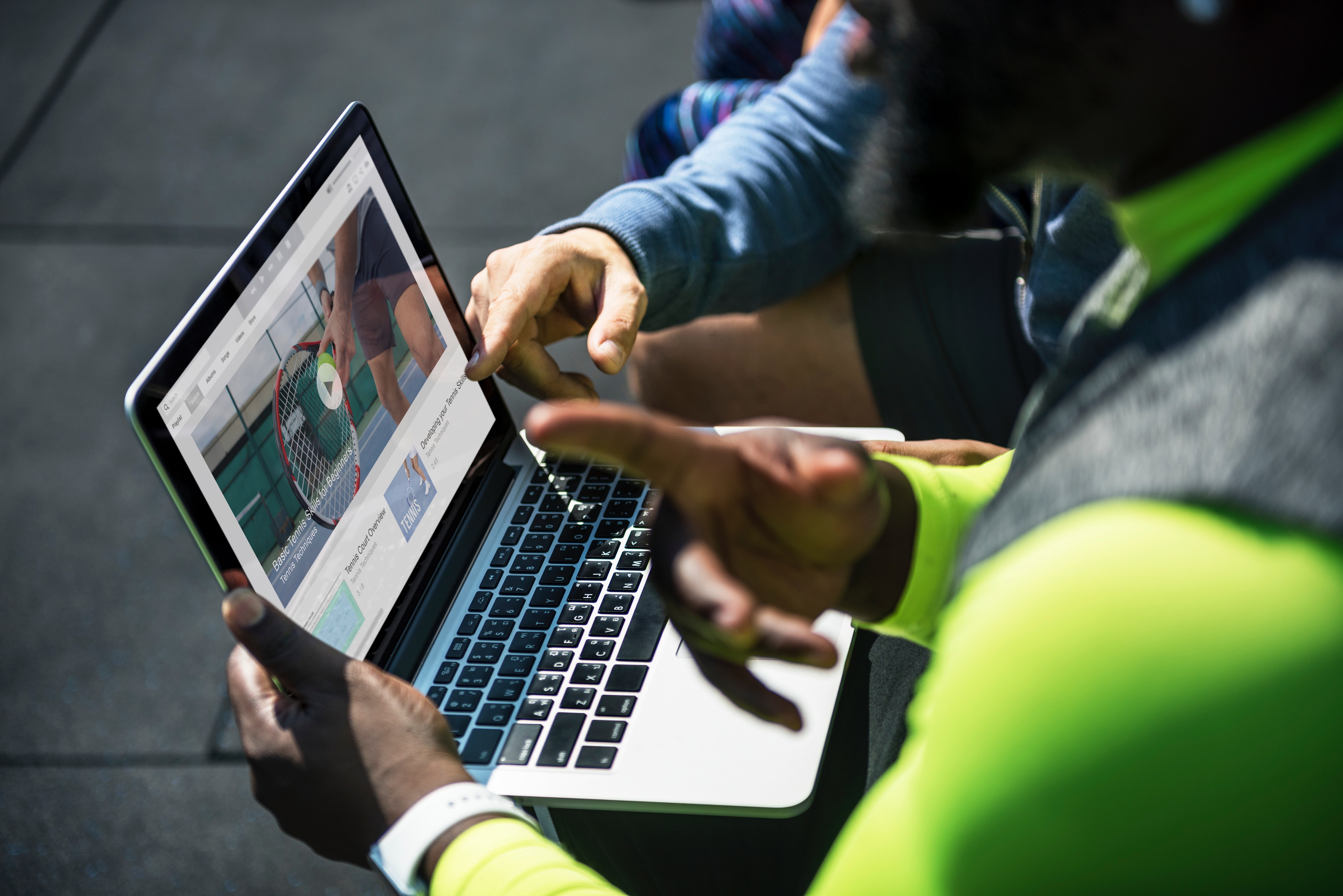 The Rift S is Oculus’s tethered VR headset, meaning it requires a Windows PC to work. (Sorry, Mac users, Rift only works on Windows.) Oculus recommends PCs that are certified “Oculus Ready” to work properly with the Rift S. What this really means is that the PC needs to be a decent gaming PC, with the following minimum specs:

For a better experience, Oculus recommends these specs:

Assuming you’ve been through the rather rigorous setup and orientation provided by Oculus, you should be fairly familiar with the basic workings of your headset by now. So, we’ll get right into how to watch VR videos on Oculus Rift S. 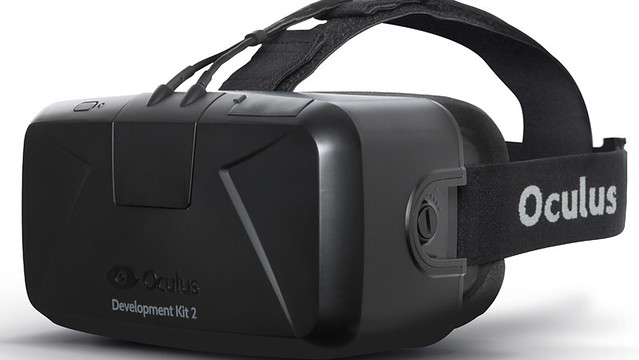 There are, however, a few odd procedures necessary to play various types of files, which is surprising, to say the least. 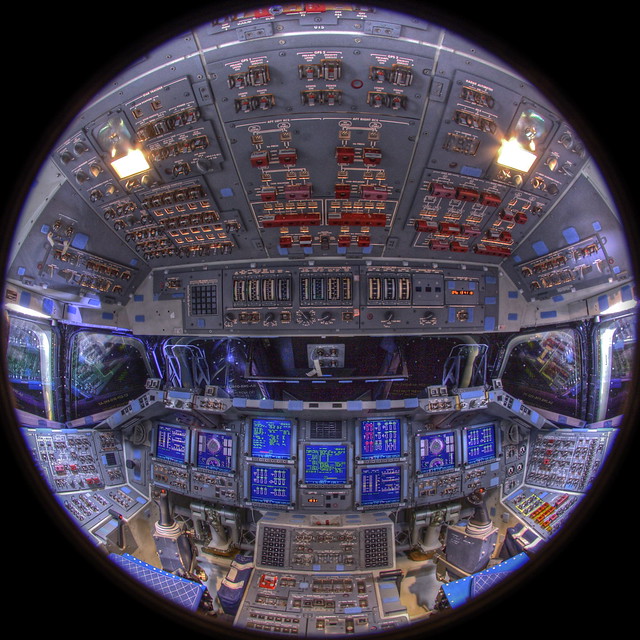 If you happen to have some 360 or 3D panoramic videos on your hard drive, you can check them out on your Rift S, but you’ll have to do a little finagling.

Next, open the Oculus app on the PC, pick “Oculus Video,” and put on your headset. From there, you should select “My Videos” and find the video you’ve added.

If your video is a 3D panoramic video, the procedure is the same, but you’ll need to know which stereoscopic video support method it uses and add that to the file name, like this:

Then just as for 360 videos, go to your Oculus app, pick “Oculus Video,” put on the headset and pick “My Videos.” Of course, you can also watch regular videos this way. You just don’t need to change the filename. 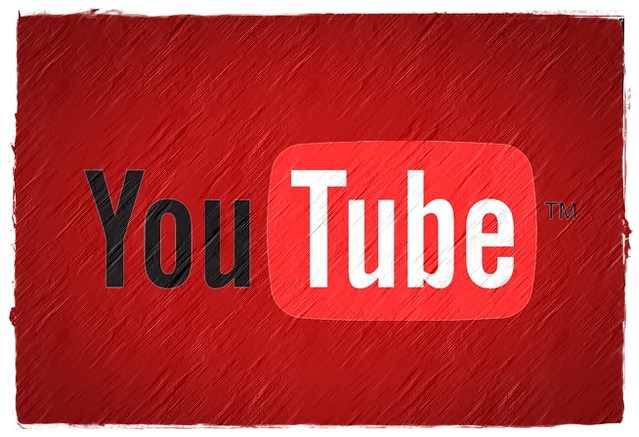 A neat feature of the Rift S, if you have an app for it, is that you can stream video from YouTube or some other source. And if it’s a 360 video, it’ll translate that way on the device.

To do so, you’re going to need to get an app, and there are several choices, some of them costing very little to purchase. If free is more up your alley, you can try DeoVR, which is plenty solid. To install, just log in to your Oculus account, find DeoVR, and install.

To check out video using that app, just go to YouTube (or another streaming site), copy the URL from your browser, then don your headset, open the Oculus app, and open DeoVR.

In DeoVR, there’s a clipboard on the upper left side, just to the left of the play button. Click that to paste your URL, and your video will play.

Or Use This Surprising Trick! 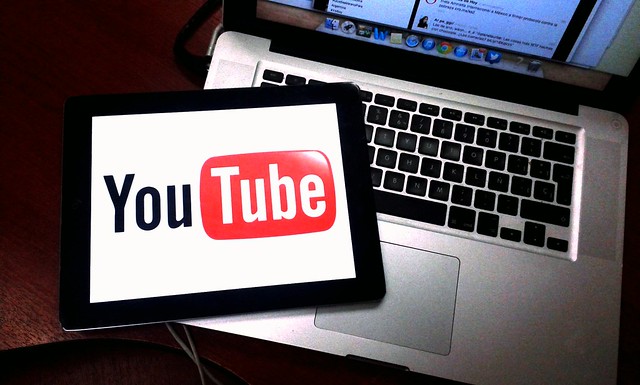 There’s another cool option for playing YouTube videos in VR, and that’s the developer version of the Opera web browser. It’s pretty lightweight and relatively seamless. Just do the following:

You do have to go back to the desktop to find another video to watch, but other than that, it’s a pretty sleek way to accomplish streaming 360 videos in your Rift S.

It’s clear that the Oculus VR headset family is doing a great job with gaming, and they certainly are priced right and well-liked. Using them as a fully immersive video experience is just another perk, and it’s certainly worth a try!

VR videos are meant for the platform, 360, and 3D Panoramic videos really have no other way to be maximized, and even a standard movie played back in an Oculus headset can be a fantastic experience.

Now that you’re up to speed on how, go ahead and pop up some corn, sit back, relax, and immerse yourself in some VR video on an Oculus VR headset!

Have you tried our instructions on how to watch VR videos on Oculus? How was the experience? Let us know in the comments section.