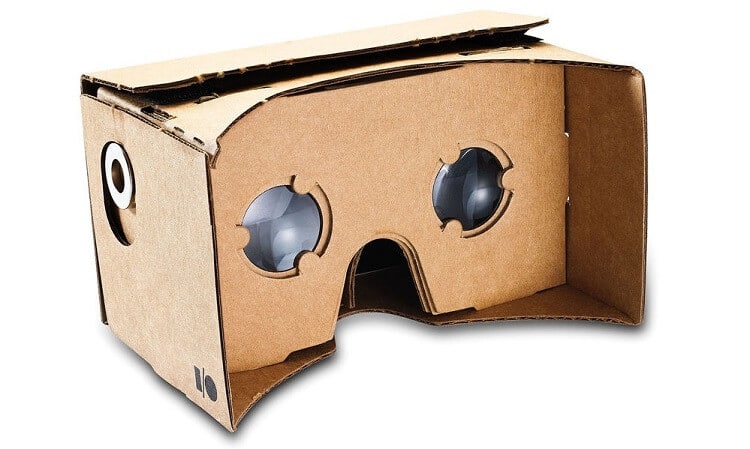 Virtual reality gaming is on the rise. Sure, the old school VR style has been around awhile, but with new gaming tech comes new gaming experiences. Google Cardboard is just one of the innovations to fully immersive VR that puts gamers right in the middle of the action. How do you know which is the best platform or has the features you need? Check out our Google Cardboard review, so you can get a sense of what it offers.

The Google Cardboard’s design has no bells or whistles, which speaks to its primary use of a VR intro device. Aside from the cardboard frame of the device itself, it comes with two specialized lenses that aid in turning your smartphone into a VR-capable device, at least visually. There is also a magnetic “button” installed so that you can still interact with your phone’s features during gameplay, while it is encased in the Cardboard. The design is understated by includes all of the core features necessary for VR.

The quality of your display is going to depend upon the phone you’re using. Therefore our Google Cardboard review will discuss hardware limitations to consider. Most phones do not have the capability of fully realizing the high quality virtual reality apps available. Outdated or slow processors and possible internal memory issues will also affect the VR experience here.

If you are using headphones, you’ll be able to take advantage of Google’s Spatial audio, provided app developers incorporated it. The sound system takes the location of a virtual sound and plays it in conjunction with the location of your head, basically. This allows you to experience the sound as you would in a real environment.

How to Assemble the Cardboard 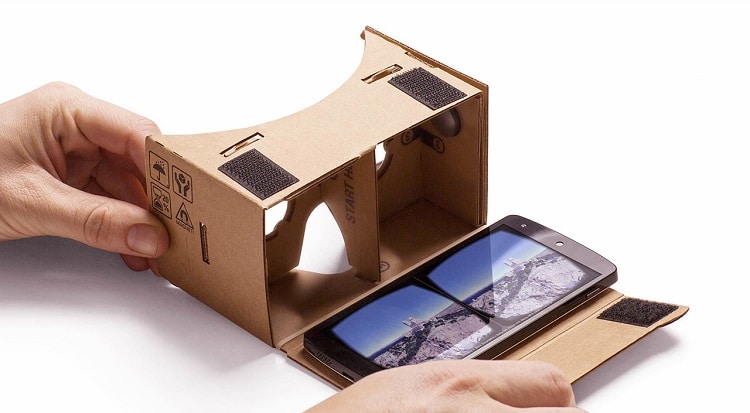 1. Remove the Cardboard from its sleeve.
2. Detach Velcro strips at top.
3. Fold out the two flaps.
4. Note the strips on the flaps, then fold down bottom section.
5. Remove items from middle of kit.
6. Fold section with flaps over until they meet Velcro on sides.
7. Fold flaps down until Velcro is secure.
8. You have 3 Velcro strips. Remove adhesive backing from first strip, place on side of viewer.
9. Place second strip on opposite side, lining it up with the first.
10. Attach two side straps to sides of viewer, line everything up.
11. Fold over front cover, place third Velcro strip in middle, right on top.
12. Install NFC tag on front cover.
13. Install nose padding.
14. Remove protective film from lenses.

You’re good to go with almost any smartphone, but no Google Cardboard review is complete without compatibility specs. You need either Android 4.1 or higher, or an iOS phone with 8.0 or higher. Note that some phones will be incompatible due to lack of a gyroscope. If you’re having trouble viewing images, make sure you’re using the correct viewer profile – the Cardboard app will assist with this. If your phone is too large or small for adequate viewing, hold the viewer with both hands, or remove the phone case if applicable, to lessen the size.

While there are limitations, our Google Cardboard review finds that the product offers a quick, easy and user-friendly way to get started in the amazing world of virtual reality. It has some neat basic features, and is a veritably risk-free way of seeing if VR is a gaming experience you’ll enjoy.