The Ultimate Forge of Empires Review for MMORTS Fans 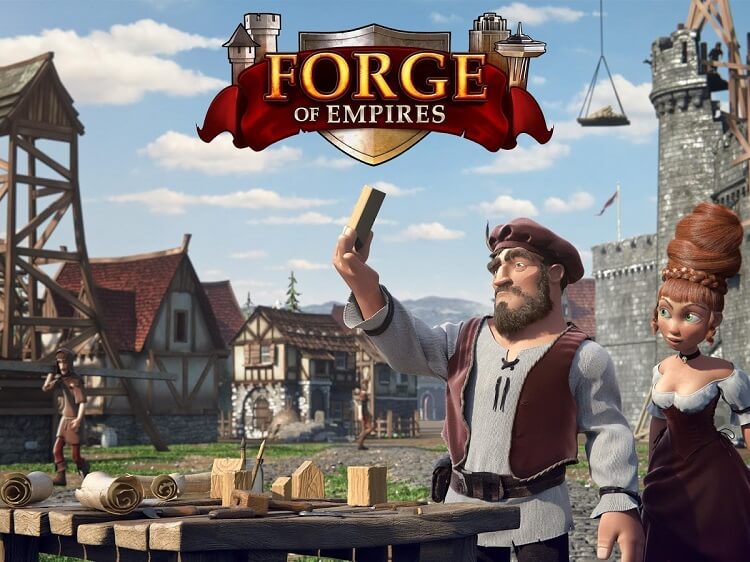 Forge of Empires is a widely advertised free to play strategy game. The game takes players through the centuries as they build a civilization and its army. Players will develop an economy, build new buildings, and go to war during the course of this game. While it has similar mechanics to many other games in the market, it stands out above the rest in terms of design and marketing.

When you look at a Forge of Empires review, it’s hard not to wonder about where the game stands in terms of free to play mechanics. That’s what it all comes down to, after all – whether this game will give you a decent return on your investment.

Forge of Empires is representative of a new breed of game, the free to play strategy game. In many ways, though, it owes its existence to the coin-operated arcade games of the past. If you want to keep playing, you have to be very good or find a way to keep paying. It’s nothing new, but it’s something that’s only recently come back into the gaming spotlight.

It’s also important to look at Forge of Empires as a marketing machine. This is a game that can grab ad spots on prime time television, something that even most AAA games can’t manage. Even if you don’t love the genre, you have to wonder about what makes it so special.

This review seeks to figure out what’s at the heart of this game – the free to play mechanics or the desire to break into the gaming mainstream. The truth, as you might expect, is probably something that is up to the individual player.

Admittedly, it is hard to go into a Forge of Empires review without thinking a little bit about the hype. This is a game that gets significant amounts of advertising on television, so you always hope for something special when you log in. While it’s not a blockbuster by any stretch of the imagination, there are some real positives here.

First and foremost, the game looks great. It’s leagues ahead of most of its competitors and you can tell that someone cared a lot about the visual design of the game. Likewise, the sound design is fantastic for what seems to primarily be a phone game. While there are complaints to be had about Forge of Empires, they can’t be leveled at the art or sound.

In terms of play, things are fairly simple to pick up. There’s not a huge learning curve here, which is nice for new players. By the time you get done with the tutorial, you’ll know everything you need to know to succeed. The game doesn’t throw any huge curveballs at your later and you’ll never feel like the game is tricking you.

Finally, the game is suitably deep for what it is. You won’t be getting Civilization levels of depth here, but you will find enough to let you have a good time. Whether you can afford to have a great time is another question.

It can be very difficult to go into a Forge of Empires review with a sense of neutrality. Free to play games evoke strong responses among many, and it’s hard not to fall on one side or another. Despite an attempt to give the game a fair shot, it was still impossible to walk away without feeling like this game is going after your wallet.

Forge of Empires wants your money and it’s not terribly shy about it. It goes for that biggest free to play mechanic – the time gate. Everything’s gated behind time and impatient players are urged to use currency to speed things up. The game even tries to hook you by giving you a decent supply early on so you can get used to the process. Once you run out, you can helpfully top yourself back off with real money.

This would be forgivable if the game was perfect, but it’s not. The game play loop is repetitive and designed to put you into situations in which you need to spend real-world currency. Every bit of this game is designed to drain bank accounts. You can have fun for a bit if you want to play for free, but this game is absolutely targeted at F2P whales.

Our Forge of Empires review was conducted across two platforms – PC and smartphone. It’s not a particularly hefty game if you play it on the computer, as it’s a browser-based game. This means that you’ll be able to run it without worrying about a great video card or even a particularly good processor. Minimum requirements call for a 2.3GHz processor and about 1GB of RAM – you can run this game on almost anything that’s been released in the last decade.

On the smartphone front, the game runs better on newer-generation phones. This Forge of Empires review was played mostly on an iPhone 6S and it ran like a dream. If you’ve got a reasonably modern smart phone, you won’t have much of a problem with the game. If you don’t have a great phone, you’ll still be able to run the game – it will just run much more slowly.

It would be nice if it were possible to judge Forge of Empires on merits other than its free to play mechanics. There might be a great game underneath everything, but most players will never find out. Are there ways to play without going broke? Of course, but they take time – time that might be better spent with other, more fully-featured games. There are, however, some who can look past all of that to find a bit of fun in this game.

Which side of the argument are you on? Let us know what you think by leaving a comment below.