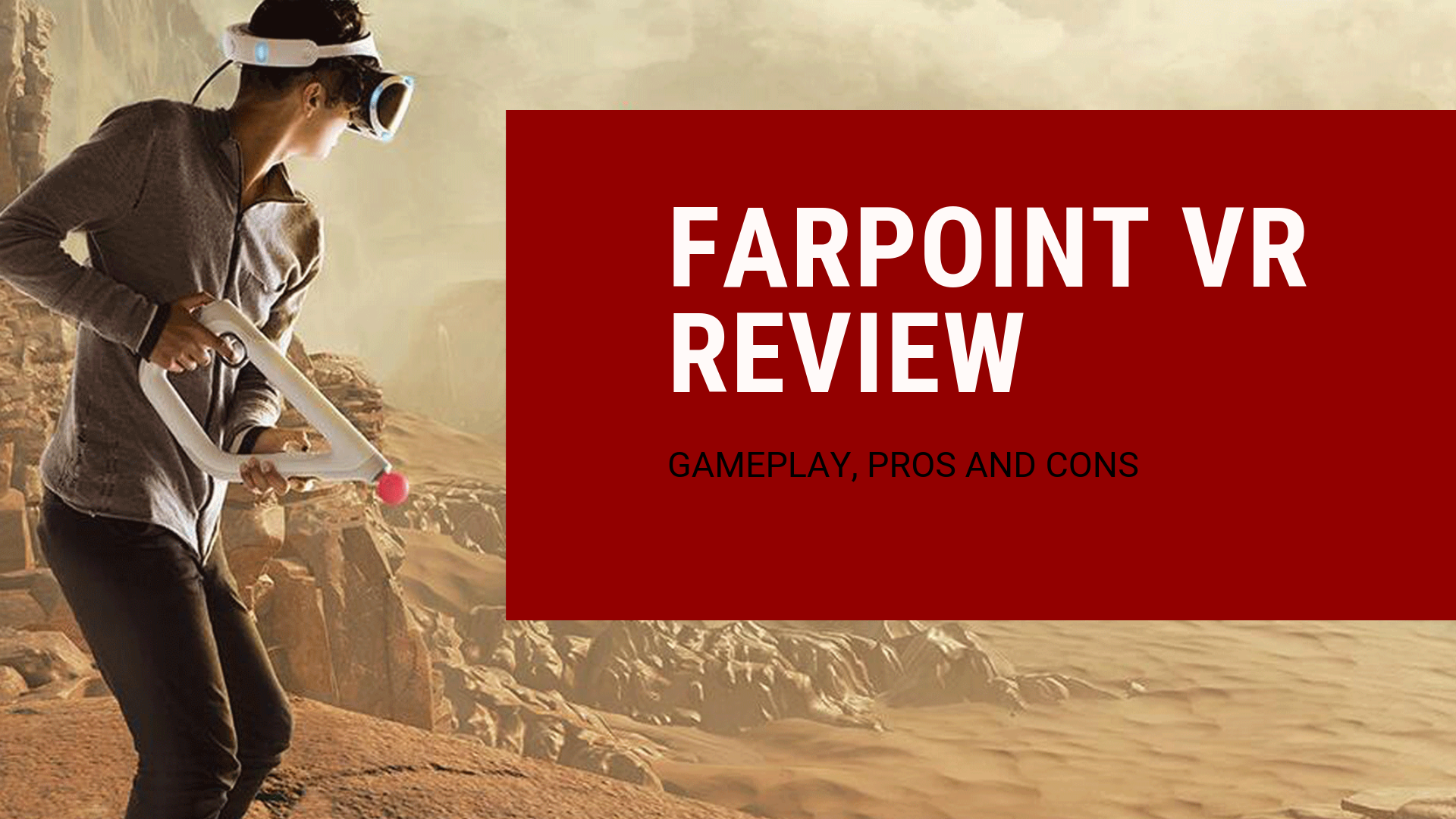 Farpoint VR is a first-person shooter for the Playstation VR headset. A sci-fi shooter in the vein of Halo or some of the more futuristic Call of Duty games, it’s both a throwback to a more arcade style of shooters and a giant step forward for VR at the same time. In this Farpoint VR review, we’ll take a look at what makes the game tick, as well as what we liked and disliked about Farpoint VR.

Understanding what makes Farpoint work means taking a fairly deeper dive into more than just the game’s component parts. Yes, this game is a virtual reality game. And yes, it’s a sci-fi first-person shooter. It’s fairly impressive for being on the former. However, in terms of its competition it’s nothing special in the shooter world. When you take those shooter sensibilities and put them up in all their glory, though, you get a very special virtual experience.

You’ve almost certainly heard stories like Fairpoint’s before. You play as a soldier sent to rescue a pair of scientists on a remote world that – as always – has had a few things going on beneath the surface. The flimsy premise quickly turns into a major bug hunt on an alien world, one for which your soldier seems uniquely suited. You’ll use a variety of weapons in some truly unique ways to accomplish your tasks, all while the story unfolds around you. And yes, there really is a story here. It’s flimsy and kind of cliched, but it’s quite good for being part of a five-hour-long VR game. 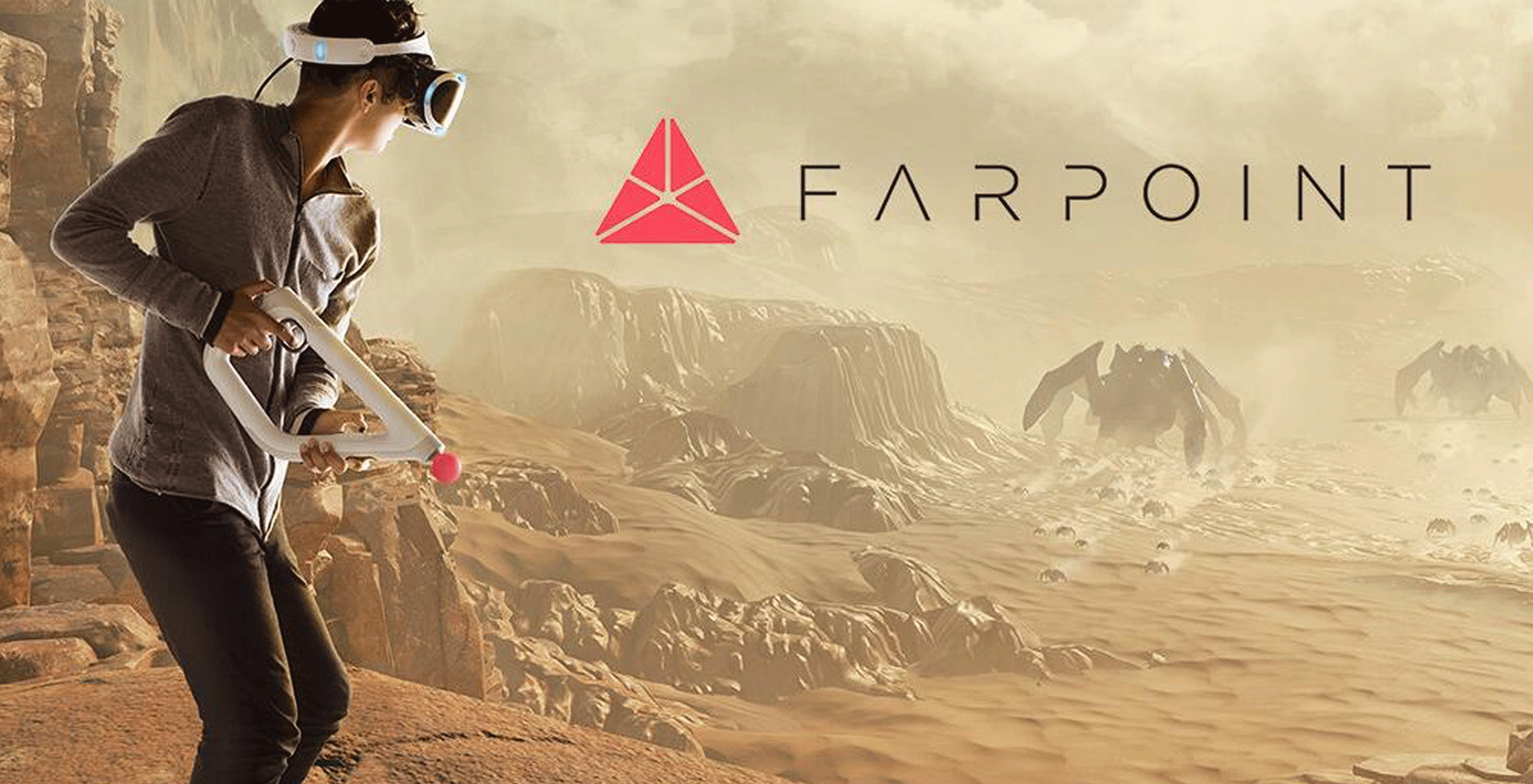 The controls are fairly straightforward. You use a controller – either the Dualshock or the Playstation Aim – to move around and aim at your foes as you would with a real gun. The game is largely tied to movement in the best ways thanks to the controller and the PS Move camera. This helps to do a fair job of motion tracking even when you’re sitting still.

While some of the motions feel awkward, everything feels spectacularly real while you’re in the game – something that really helps Farpoint to stand out from the pack. This is a game of movement and immersion, so the move to VR feels more like an artistic choice than a quick label slapped on a game that could have already been in development – a rare move in the quickly-moving world of VR.

If there’s a word that can possibly sum up this Farpoint VR review, it’s ‘potential’. There’s not a moment when you’re playing this game that you won’t feel like you’re on the cusp of something amazing. This is VR like it was pitched to all of us years ago. It offers a stunning visual experience that is absolutely made better by being in its current format. While we’ve seen almost everything the game does in more traditional titles, this is the first time we’ve seen it done so well in virtual reality.

It’s also worth noting that the controls for the game are spot-on. It manages to feel very immersive despite the fact that you need a joystick to move around. The shooting is about as good as you’d ever hope to see in this kind of game. Again, this really feels like the next level of home VR – something that you’re going to not just want to play on your own, but something you’ll want to show friends. This game is no mere tech demo or glorified tutorial; this is a full game that is more fun to play than we’d initially hoped.

Potential is, unfortunately, a sword that cuts both ways. It’d be nice to get easy on the game during this Farpoint VR review if it didn’t so often aspire to greatness. While that means that we had a great time playing the game for the most part, it also means that the times when it didn’t go so well felt all the more problematic.

One thing we don’t like about Farpoint is the length. While the usual complaint about VR games is that they are just too short, Farpoint is too much of a slog. After a brilliant first half, you’ve got to trudge through an uninspired back half to finish the game. This wouldn’t be a problem in most cases; however, the huge story downgrade and some minor control problems really make this a problem. 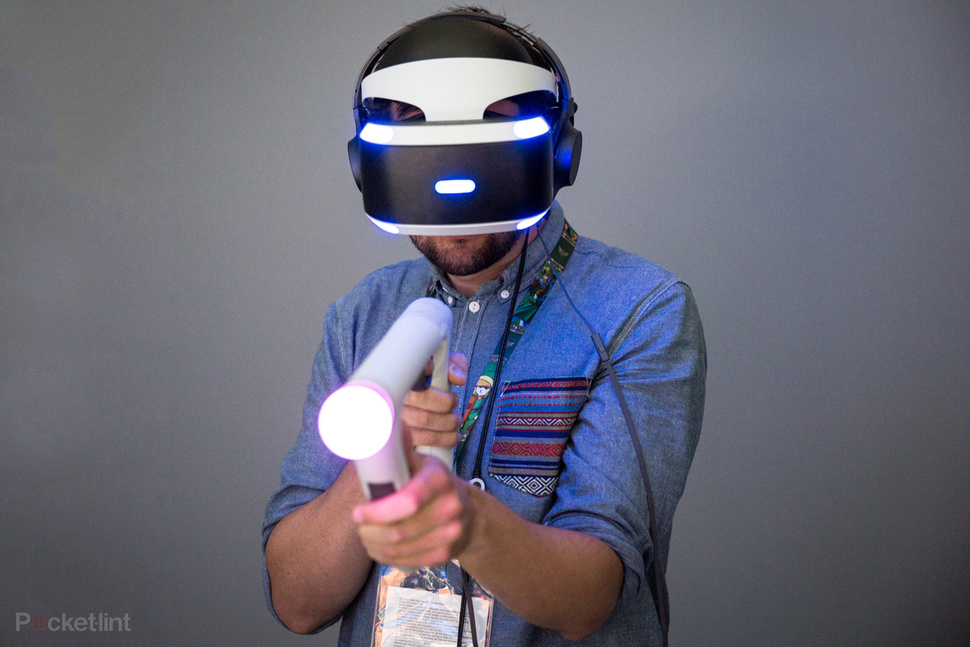 Farpoint suffers from that traditional VR problem of being feature poor. You don’t get to switch weapons on the fly quite as well as you’d expect from a game like Halo, for example, and the inability to turn around makes the fire-fights laughable in some situations. The worst part about the game, simply put, is that it forgets certain aspects of its own genre in order to become a better VR experience.

So, what’s the real verdict of this Farpoint VR review? In a some ways, we’re inclined to like the game more because of what it represents than what it actually delivers. It’s not a bad game by any means.However, you can tell that it’s on the cusp of becoming something really great.

Farpoint is something you should play if you already have a PSVR headset, but it’s not the game that’s going to sell you on VR. It is, however, hopefully the game that many others are going to use as a springboard. Consider this game a solid 8/10 with a good eye towards a brighter future.