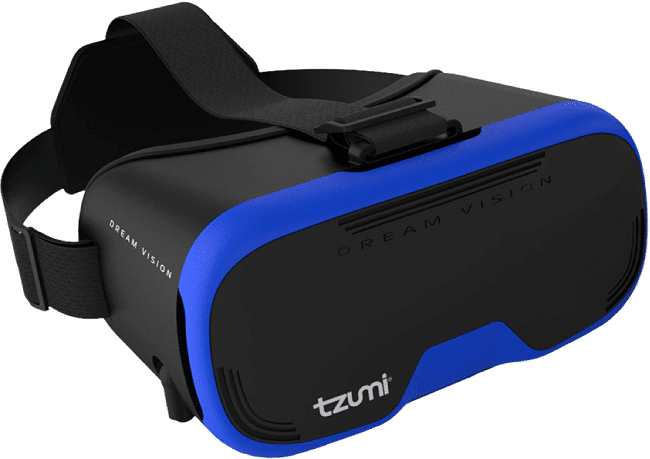 Virtual reality is more accessible than ever before. All you need is a good smartphone and the right headset to put yourselves in a whole new world. Figuring out the second part of that equation can be tough, though, especially considering all of the headsets that are currently on the market. This Dream Vision VR review seeks to figure out if the Dream Vision VR is really as good as the marketing claims – and whether it’s the VR device for which you have been waiting.

We found quite a few good features during the course of this Dream Vision VR review. They include:

It wasn’t all good in this Dream Vision VR review, though. The downsides included:

About the Dream Vision VR Headset

If there is such a thing as a standard design for VR headsets, the Dream Vision certainly doesn’t distance itself from it. Indeed, from a design standpoint, you won’t find much here to differentiate the Dream Vision from the pack. That’s not necessarily a bad thing – the design works, so why reinvent the wheel?

With that said, there are a few design issues that don’t quite pass muster. The major problem is the size of the smartphone casing. As the device can only work with cellphones that are around six inches in length, a fair part of the market is cut off from being able to be used with the Dream Vision. Even worse, it’s often these larger phones that have better screen quality, which means that the manufacturers really sacrificed image quality in order to make a smaller product.

On the positive size, it does feel like this device was designed for the average human head. While that might seem like a given, it’s really not in this field. It fits well and is easy to adjust – something that absolutely should be standard by this point. If you’re looking for a headset that won’t hurt, this is a good choice.

As with most other similar VR headsets, the bulk of the visual performance for the Dream Vision is depends entirely on the phone you use. This Dream Vision VR review was done with a relatively new phone, so our actual visual processing issues were minimal. If you were using an older model phone, though, you might run into some problems. In all fairness, this would be the case with any cellphone-based VR headset.

The real problem with this device tends to deal with focus. Smartphone VR devices depend on being able to focus the sight apertures in a way that will provide a clear, convincing picture that will both enhance the VR experience and allow for a clear view at the same time. The Dream Vision does neither – instead, it has a poor focusing system that leads to a picture that tends to be blurry at the best of times. 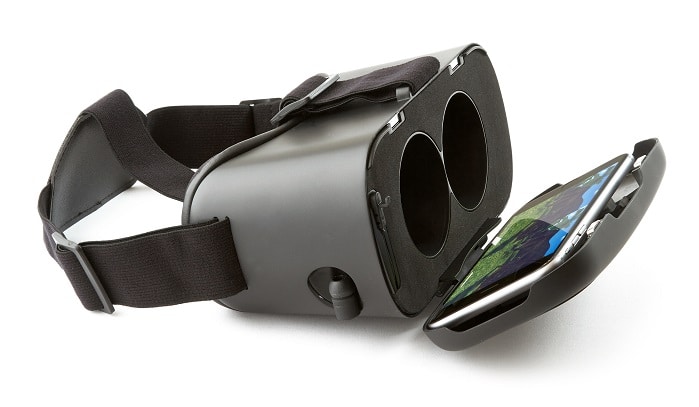 Audio is not traditionally an area in which this kind of headset thrives. In fact, most headsets tend to assume that users will bring their own earbuds and thus ignore it entirely. This Dream Vision VR review noted that this device actually put some effort into the audio with its retractable earbuds, a step that wasn’t entirely necessary but that was a pleasant surprise.

The earbuds aren’t anything special, but the fact that they are attached to the unit is nice. It makes for a somewhat less complicated experience for users and makes storage a snap. Unfortunately, these earbuds do have a strange tendency to break. If this occurs, you can still go back to the old solution of separate earbuds, but it’s just not the same.

The onboard microphone is also a nice, if unnecessary, tough. It picks up the user’s voice clearly and allow for calls to be taken with ease. It’s hard to imagine finding this device so enthralling that a user wouldn’t just take a call in the traditional manner, though.

Like most smartphone VR devices, the Dream Vision doesn’t come with a built-in controller. It’s important to note, though, that this is a device that really depends entirely on tilt control for use. There’s not even a real action button you can use on the device itself.

This is a make or break factor for some users, as it will somewhat reduce the number of potential VR apps you can use with the Dream Vision. As such, you should look closely to see if your potential apps require any controls more complex than the ability to tilt your head back and forth.

In this Dream Vision VR review, we looked at the device for what it is rather than what it could have been. As it stands, the Dream Vision is an inexpensive way to dip your toes into the world of VR. It’s certainly not the best system out there, but it’s also not the most disappointing.

You won’t get a great picture, but you’ll get a good look at whether you should be willing to invest more into VR. At the end of the day, that’s an important factor to consider before buying this device.