Augmented Reality Technology and its Place in Education 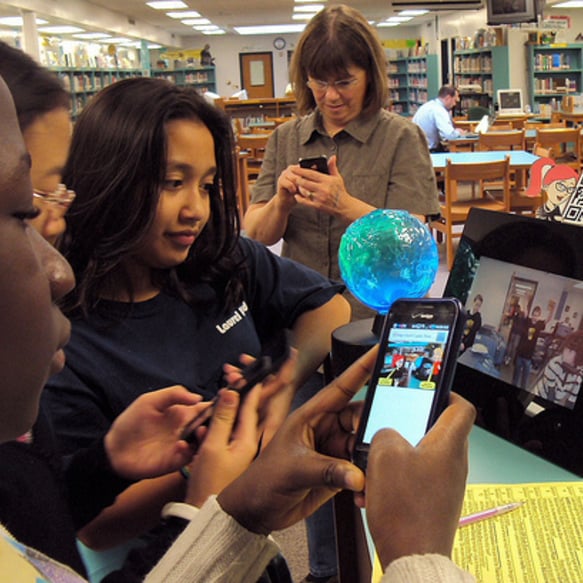 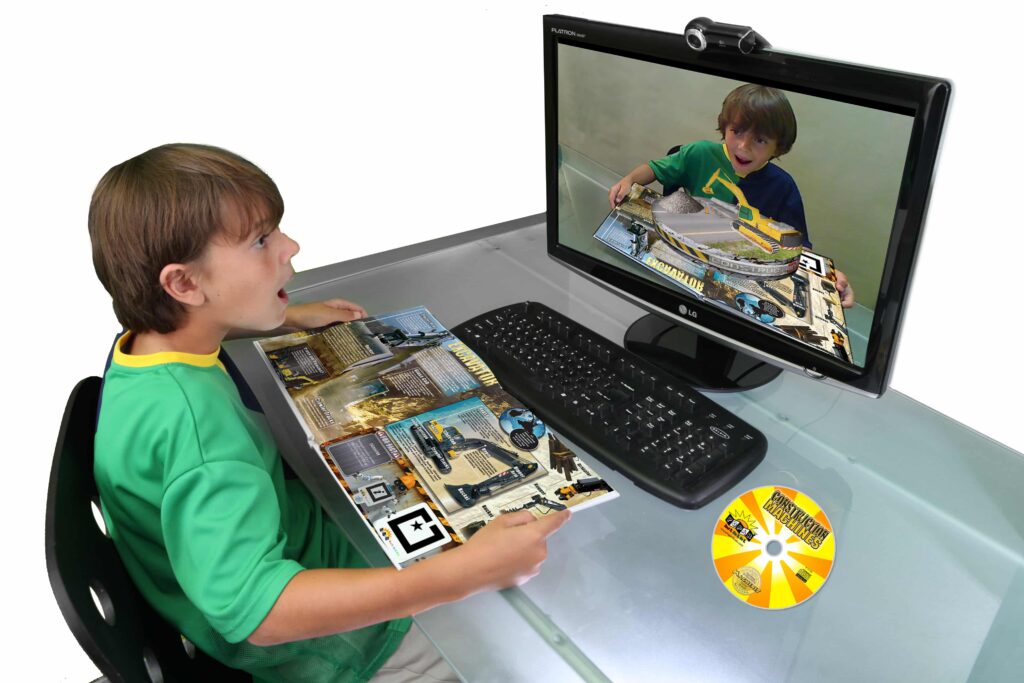 Contrary to the widespread idea that augmented reality technology is the stuff of gaming and gaming alone, the real-time fusion of virtual and real elements may actually help in the learning process. This relatively new technology aims to achieve a certain type of immersion, where the real world is mixed with the digital world in different proportions.

The term augmented reality is most often associated with goggles, yet the technology and most applications no longer require such goggles. In fact, augmented reality software is now ubiquitous on portable devices such as laptops, tablets and smartphones. And while one of the most prevalent uses of augmented reality technology involves gaming, marketing and amusement, its use in education and learning is also emerging. 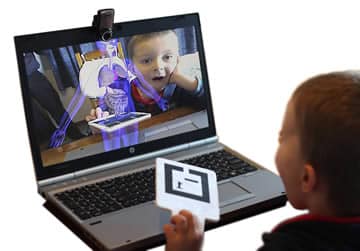 Implications of Augmented Reality in Education

Nowadays, the Americans can still find jobs where computer skills or technology knowledge isn’t a prerequisite, but this is about to change. According to Labor Department estimates, in the next 15 years, approximately 75% of all jobs in North America will require at least minimal computer and technology skills from the applicant. And it’s precisely here that augmented reality comes into play.

Many educational psychology experts are convinced that the “I teach, you listen” approach is no longer a viable option, especially since it doesn’t imply participatory, active learning. Augmented reality software allows such active learning especially as it is continuously evolving. With augmented reality technology, a student is able to actively seize control of the learning process and begin interacting with environments and learning situations in a safe and supervised manner.

From manipulating objects which aren’t real to performing tasks which could help the participant later on, the benefits are countless. 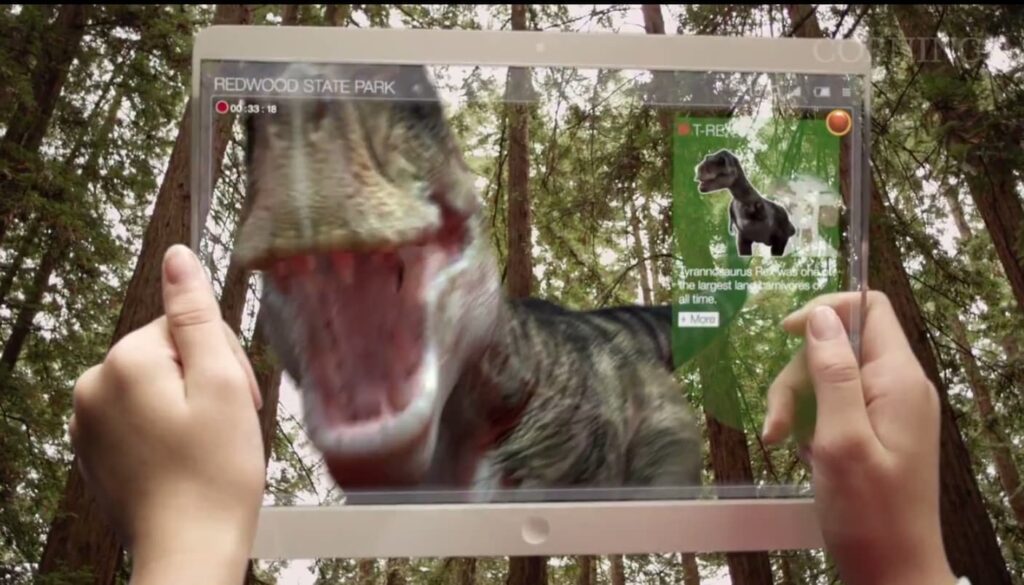 Although an augmented reality game may be the first thing that pops to mind when considering the technology, we wanted to showcase some of the most original and efficient ways that augmented reality can be used for education purposes.

Creating a magical atmosphere where students are able to interact with digital information and unlock layers of digital objects atop the physical world is mind-blowing to say the least and represents a long-lasting experience. 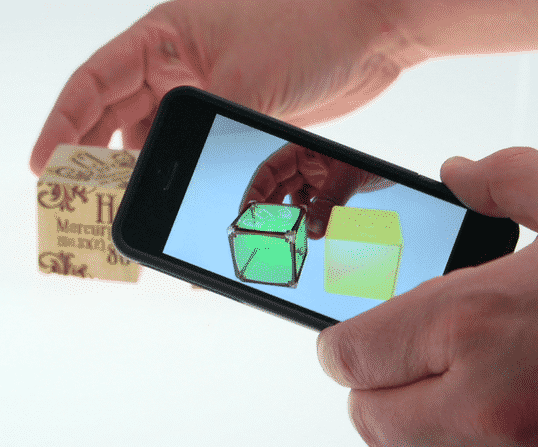 How would chemistry class look if students were able to safely manipulate mercury, combine dangerous elements without actually having to touch them and truly have an interactive experience rather than read about it in a textbook? There are apps just for that. 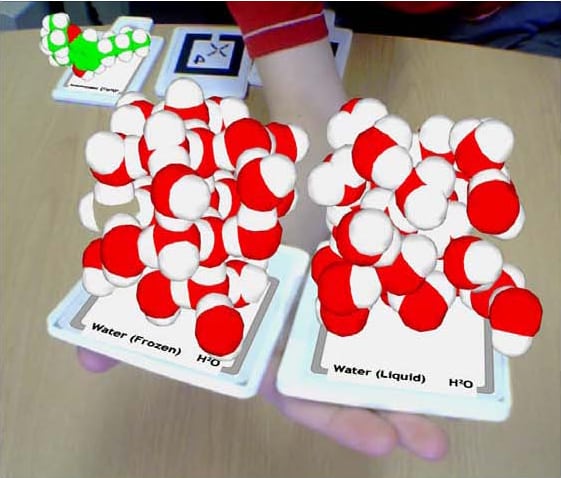 This revolutionary concept allows three-dimensional projects to be integrated in the real world as attached to real objects. From viewing distant planets to volcanoes erupting, being inside the human heart or studying real-life dinosaurs, the ARDL allows such objects to be attached to cards, book ages and even walls so that they may fill the room.

Gone are the days where schools required immense budgets for virtual objects which were hard to come by, fragile and difficult to move around. A teacher can simply oversee how students intuitively work with the technology, from allowing volcanoes to erupt to building human hearts or pulling out planets out of solar systems to understand what happens. 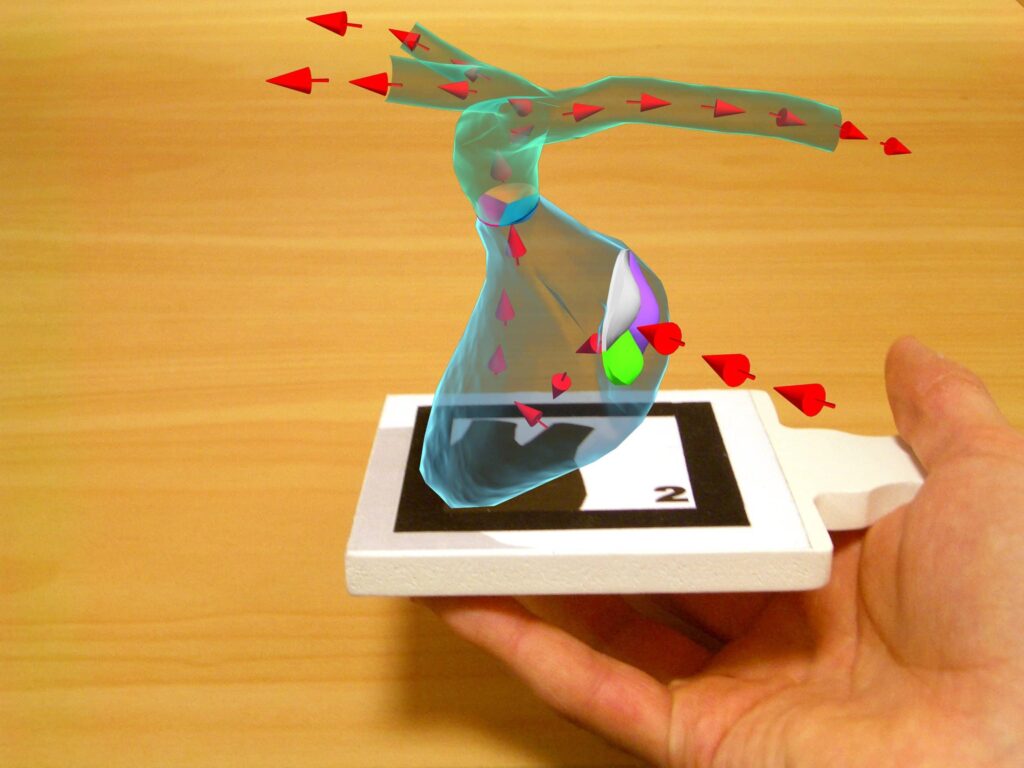 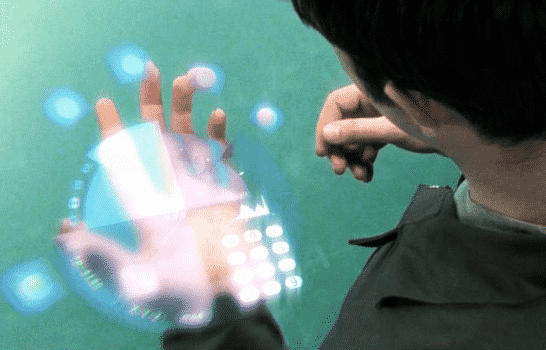 Among the augmented reality examples most worth being mentioned, Reliving the Revolution surely makes the cut. Augmented reality isn’t only excellent at constructing objects and allowing students to interact with contextual notions, but it can also be a means towards better history understanding.

Is it possible to convey the idea that behind any great conflict, there were two sides to the story? Of course. Reliving the Revolution simulates the Battle of Lexington, which became the initiator for the American Revolution. The student must first understand who was the person to fire the first shot (something that remains a mystery to this day) while also exploring the Lexington Common historic site.

Here, students will view buildings and other structures as they were in 1775, they will search for items such as muskets and meet virtual historic figures, such as Paul Revere. From hearing testimonials to gathering evidence, investigating maps and documents, the students are engaged in a fascinating activity that sums towards one goal: that of learning history. 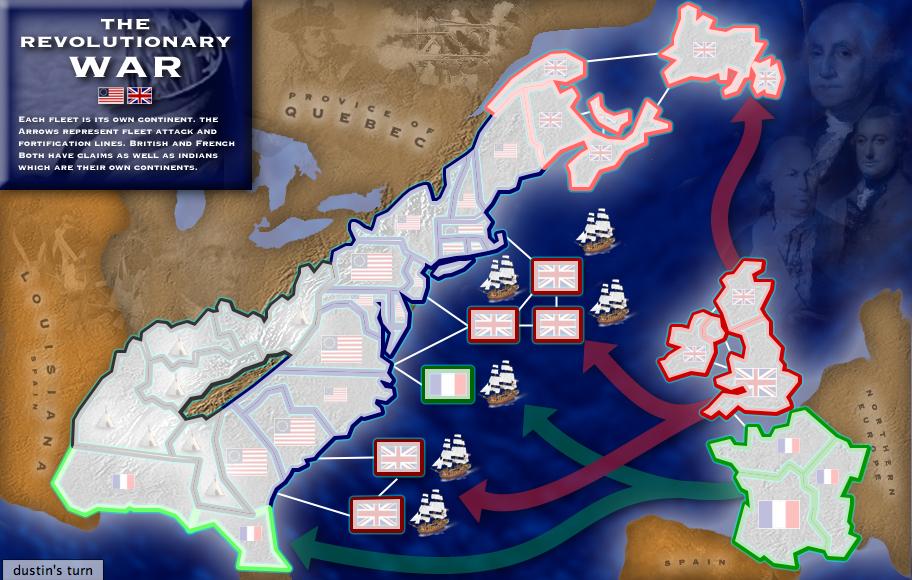 One essential aspect is that the players enter the game as different participants in the revolution: African American slaves, free soldiers, female loyalists or British soldier. Depending on their character, they receive different clues and information and by playing the game in a different faction each time, they can understand how differences in perception can significantly alter an end result. 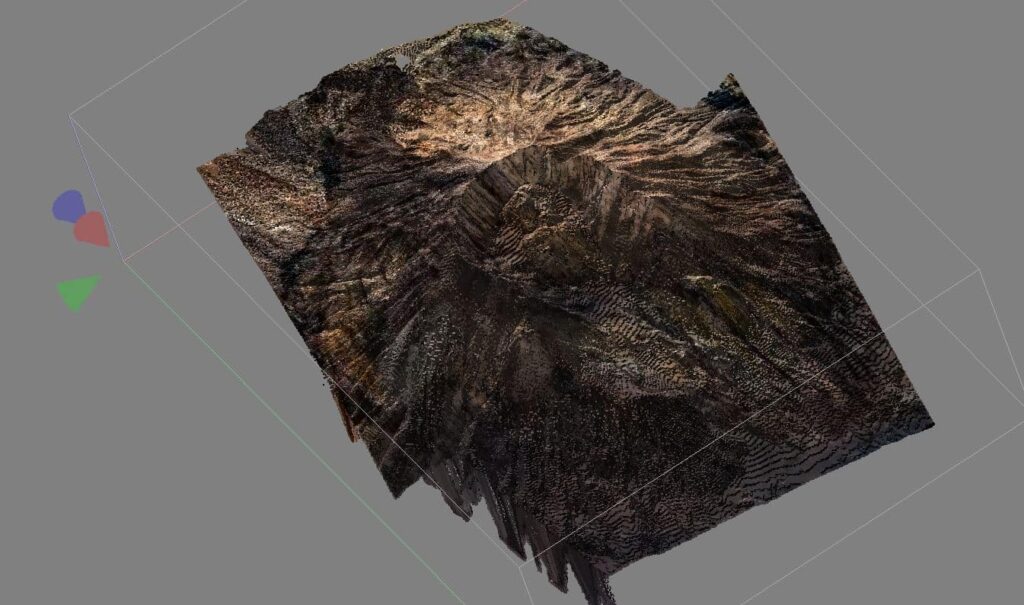 It’s not only students that require continuous education. Businesses are also only capable of progress when their employees are correctly trained, and NGrain 3D offers the possibility of using augmented reality and interactive 3D platforms as a way to train employees on industrial equipment.

In effect, it creates a learning-by-doing experience without the real-life doing: trainees may view equipment pieces through iOS devices, walk through steps and become ideally equipped to handle the equipment in real-life. 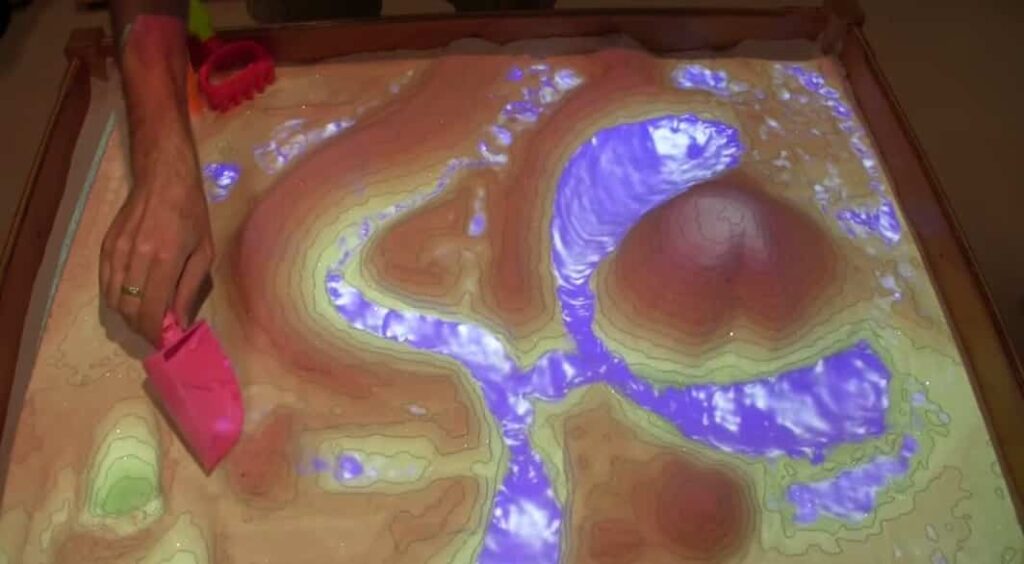 While we briefly brought up the issue of augmented reality in chemistry teaching, a similar augmented reality application allows users to conduct physical experiments. Its engine allows students to simulate experiments in mechanics. From building experiments to 3D learning, students use the plethora of tools incorporated in the app to investigate mass and force, paths as well as object properties.

What Physics Playground does is to serve as a reference to how technology and augmented reality can work towards providing students with the best quality in physics education. 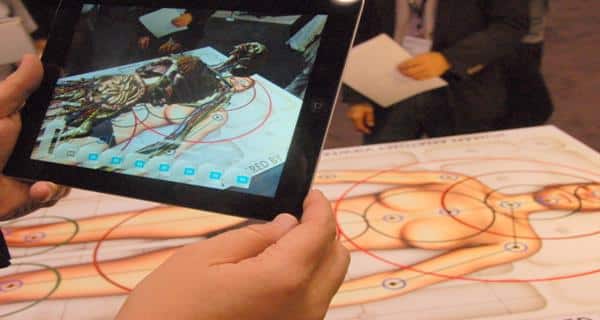 Pre-med students aren’t the only ones focused on understanding the innermost workings of our bodies. Biology class can suddenly be transformed into an immersive experience as teachers allow students to learn about the human body by using visually stunning (and completely interactive) technology.

From revealing special relationships between our organs to highlighting individual organs and systems alone, students are able to become inspired with what could have otherwise been a particularly boring and difficult class.

Enhancing live experiences through discovery-based learning are exceptional ways of ensuring long-lasting learning. There are countless apps which allow students to do just this, from applications which come with full tours of Harvard, Yale, MIT and Stanford to apps which bring up details on buildings or show historical landmarks as they looked hundreds of years ago, augmented reality could become a significant part of learning.

iTacticus, for instance, was used to encourage cultural learning by overlaying 3D images of the location’s original ambiance or spatial acoustics. EcoMUVE, is another such application and employs immersive experiences to allow middle school students to learn about causal patterns and the way these affect ecosystems. 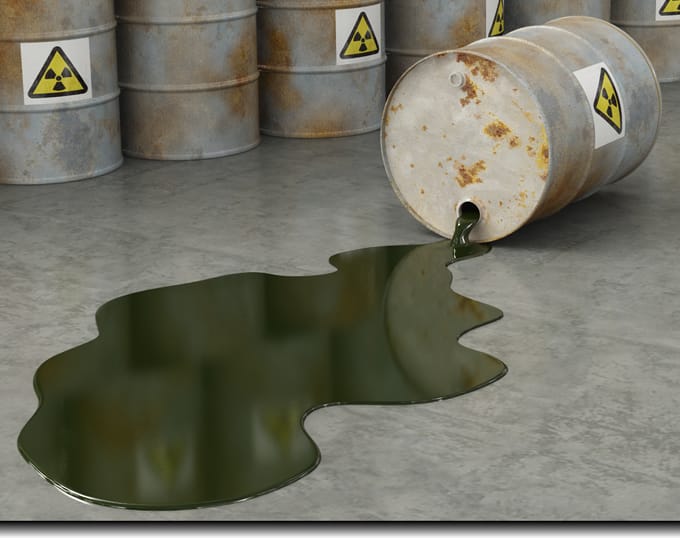 MIT’s Teacher Education Program ventured into the world of augmented reality in hopes of combining learning experiences with interactive processes. Their first game, Environmental Detectives, involves an outdoor augmented-reality scenario where the players (students) employ GPS guided computers. The aim of the game is to identify the source of a massive toxic spill. Students are able to interview virtual characters as well as conduct environmental measurements and data analysis.

Research was simultaneously conducted, investigating the efficiency of this augmented reality experiment. He conclusion was that such advanced learning models are successful in not only engaging secondary school students but also university students in environmental engineering studies. 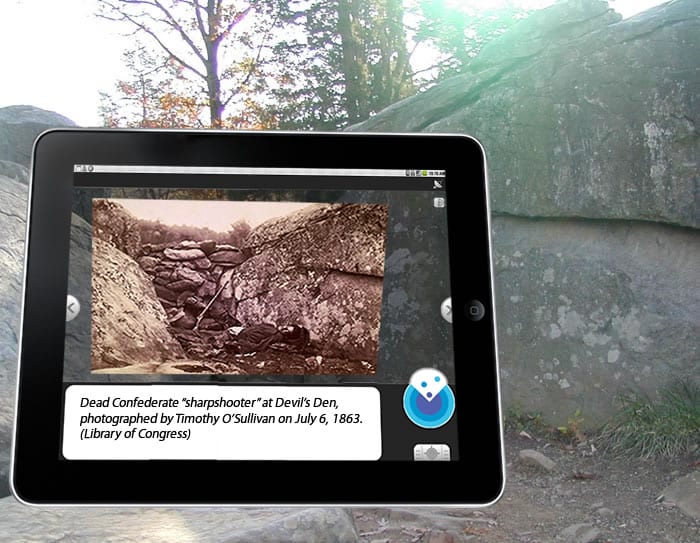 For the 150th anniversary of the US Civil War’s first hostilities, museums and historic sites wanted to greet their visitors with exceptional experiences. Mobile and augmented reality technologies were employed in order to provide students with deeply interactive experiences. HistoriQuest (or as it started out, the Civil War Augmented Reality Project) aimed to provide the public with a particularly rich experience of the Civil War. Providing opportunity and challenge alike, the app gives students the opportunity of directly learning about such important moments.

For instance, at the spot where a Union soldier is found in Gettysburg, a CSI investigation is triggered. Students may follow clues which lead them to several points of interest within Gettysburg (churches which were used as hospitals, etc). The perfect blend of mystery gaming and real-life stories, and an experience that is hard to forget. 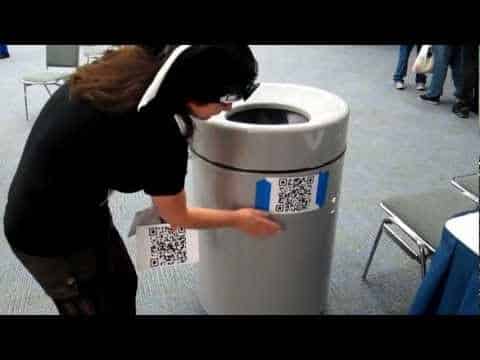 Why not use your child’s smartphone for educational purposes rather than just a social media toy? Any mobile device equipped with a QR code reader can become the best tool for an educational scavenger hunt, either around the classroom, school or even inside a library. Gwyneth Anne Bronwynn, for instance, sent students on an animated voyage inside a library. This augmented reality learning experience provided the perfect opportunity for students to figure out how to ask for assistance, where to find the desired items and how to become more self-sufficient in achieving their goals.

Overall, these short and few examples of how augmented reality development has allowed teachers to use the technology for educational purposes cannot truly convey the whole picture. There are hundreds of engaging apps and countless more are being released daily. In the end, we find ourselves at a key moment. The adoption of augmented reality in education may seem counterintuitive at first, however, it provides an excellent way of engaging students in interactive experiences which are never forgotten.
Image Source: 1 , 2 , 3 , 4 , 5 , 6 , 7 , 8 , 9 , 10 , 11 , 12 , 13 , 14 , 15 , 16 , 17 , 18

1 thought on “Augmented Reality Technology and its Place in Education”